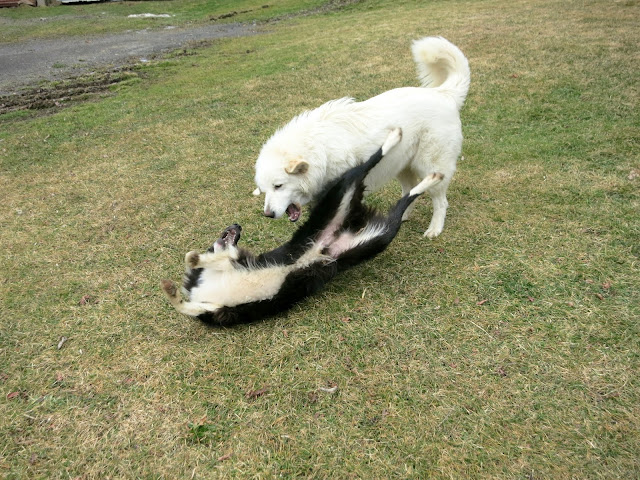 They're both showing us some real ferocity in today's match. 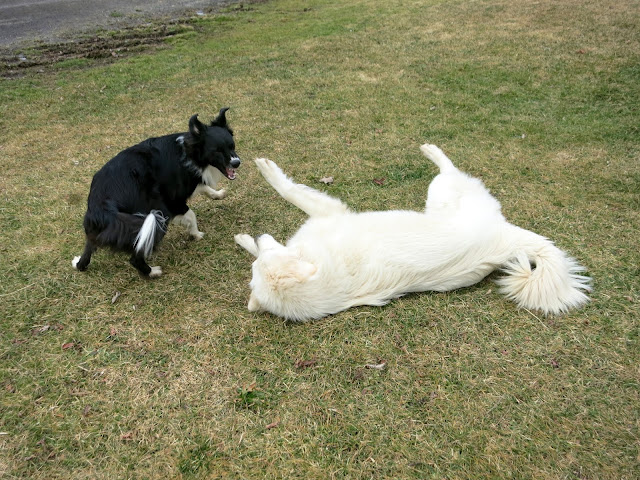 It looks like Black Lightening has the advantage for the moment, but can he hold her? 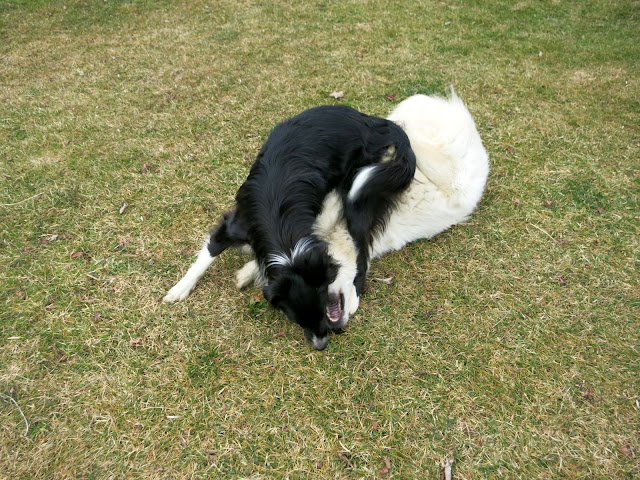 The White Giant makes a bid for freedom, but in a bold and unexpected move, Black Lightening whips out one of the surprises he's been hiding under his tail. 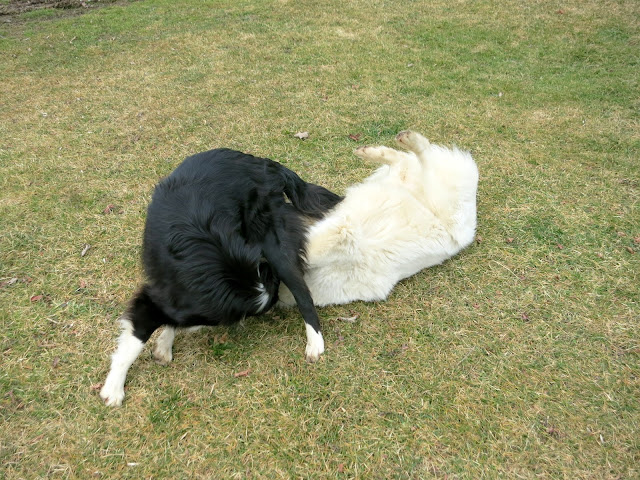 And it's one and two and three.....and it looks like Black Lightening takes this round by the skin of his teeth. 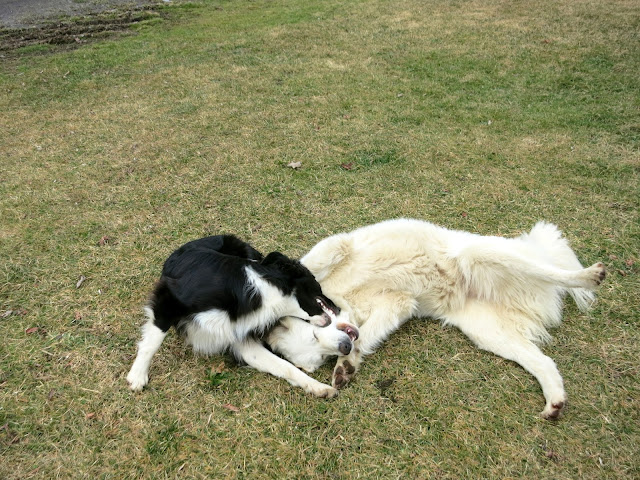 Black Lightening wins this bout, but can he hold the title? The White Giant looks calm and sweet, but don't be fooled, there's a lion inside. 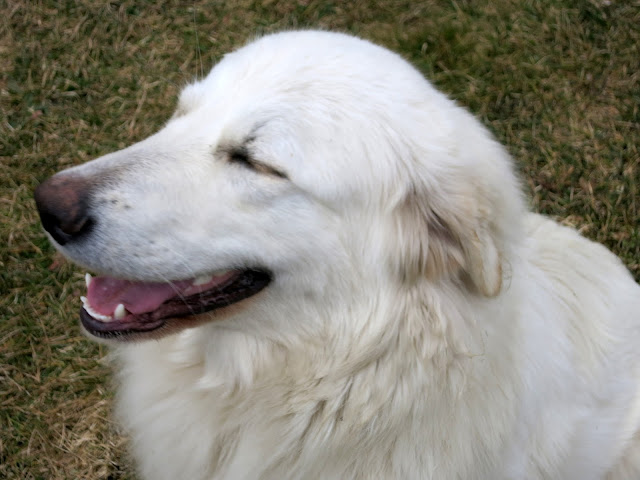 Posted by The Dancing Donkey at 12:09 AM