Last weekend, the temps fell to -30 F.  Forty-eight hours later, it hit 50 degrees and we had rain. An 80 degree difference in two days - very special. 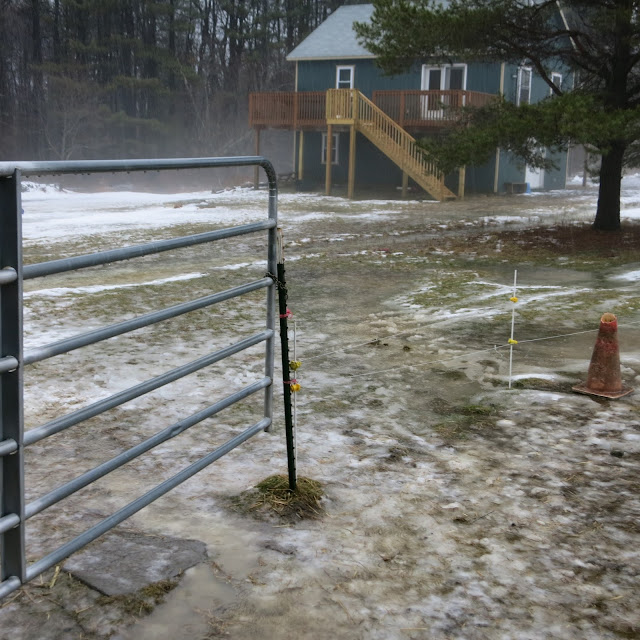 While places North and West got a big snowstorm, we got a lot of rain, which I am grateful for despite the mess it made. 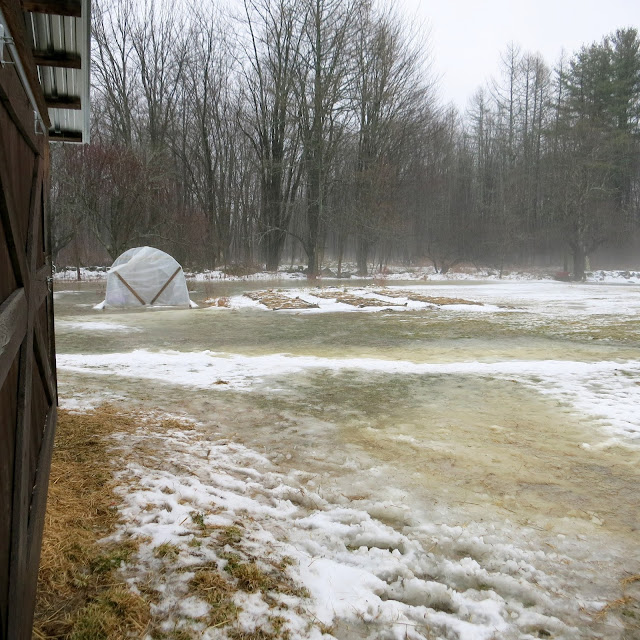 That night though, the temps once again dropped to the single digits, turning all of this... 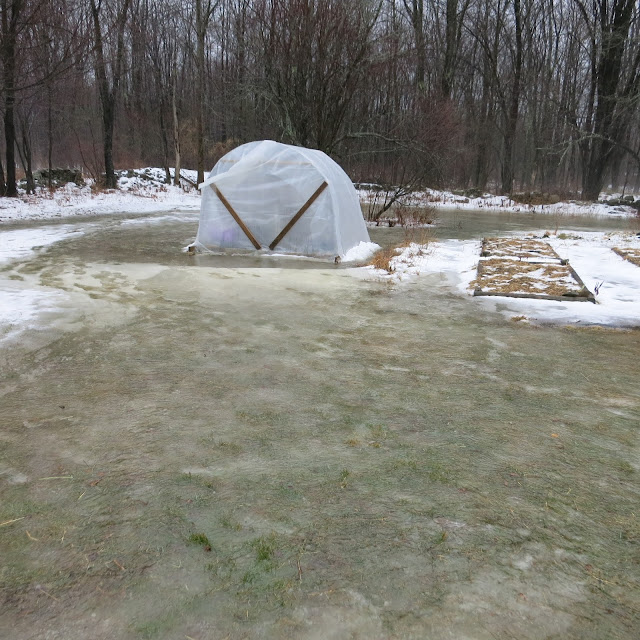 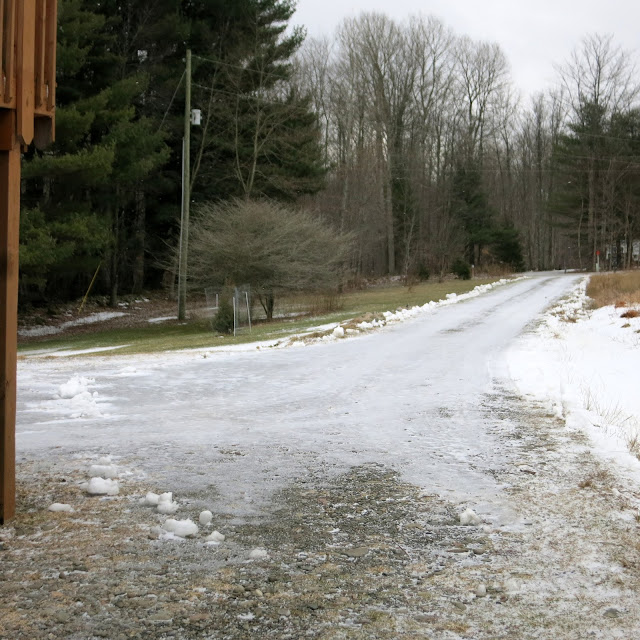 While most of the pasture was clear of snow or ice, the area in front of the barn was shear ice.  I didn't have any salt or sand on hand and I was very afraid that one of the equines (or I) would slip on the ice and get badly hurt.  The only thing I had on hand to alleviate the situation was wood ashes, which generally work better than anything else and are very safe for the animals.

The only trouble was that the only ashes on hand had just come out of the stove and were still warm.  I would normally wait until they were absolutely cold, but the ice was just too awful.  I very carefully raked back all the straw and spread the ashes over the worst of the ice.  This really wasn't as foolhardy as it might sound as I was spreading the ashes with my bare hands to make absolutely sure that I did not miss a hot coal and then using my feet to scrub them into the ice.

While I was doing this, the donkeys were in the back of the barn wrestling around - or so I assumed while I was hyper focused on the task at hand.  After a few minutes, the scene I had been seeing, but not seeing, in my peripheral vision finally registered on my mind and I looked over to check the donkeys.

They weren't wrestling, they were swirling around in a state of near panic in the back of the barn, absolutely convinced that I had been taken over by demonic possession and that I was in the process of opening a pit into the lowest level of Hell from which a swarm of demons was about to pour forth to feast on fire-roasted donkey.

I have spread ashes on the ice in front of the barn numerous times before and it has never been a problem so it never occurred to me that they would be bothered.  It must have been the smell, a faint hint of smoke?  They were pretty convinced that I was about to roast them alive.

I immediately went to them to calm them and offer comfort and they crowded close and pressed against me.  I stayed there giving as much reassurance as I could for at least 30 minutes.  I was finally able to convince them to eat their breakfast and I set about cleaning the barn like normal, trying to demonstrate that there was nothing to worry about.  It was a hard sell.

Eventually, Emma got her courage up and VERY cautiously tiptoed out of the barn, being extra careful to make sure that her feet stayed only on the ice close to the barn and that her toes did not so much as touch a speck of ash.

So much for being worried that they would slip on the ice.

Ramsey took a lot more convincing.  I tried leading him out, but he was sure the Portal-To-Hell I had created would swallow him up.  Finally, after much trial and many false start, he braced himself and took the plunge, also doing his best to stay on the ice and off the ashes.

An hour later, this is where I found them, still not convinced that the demons had been banished. They were demanding a full exorcism before venturing back into the barn. 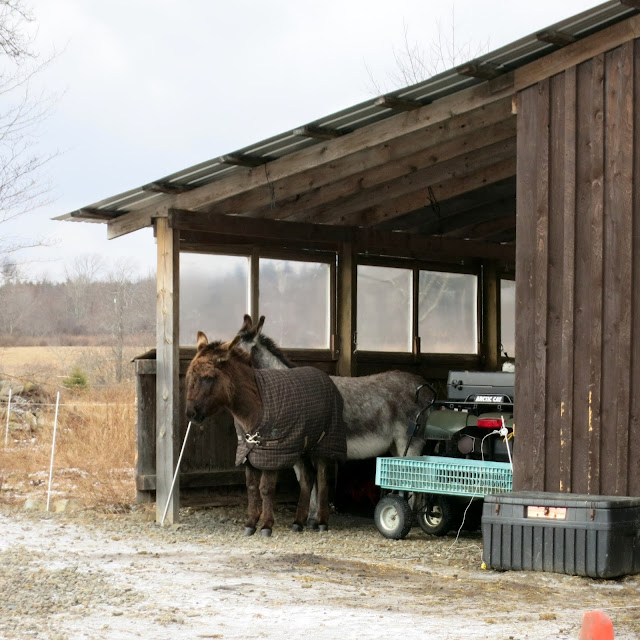 Tessa was outside during all this drama and remained entirely oblivious.  One of her greatest virtues is an almost unnatural lack of spookiness.  Many horses fear invisible trolls, not Tessa.  I think if she ever meets a troll, she might try to adopt it.  Uncanny, but a true blessing.  It is why she couldn't fathom why the normally unflappable donkeys were suddenly calling for a priest.

I led Tessa in and out of the barn, straight through the Portal-To-Hell several times and, eventually, the donkeys decided that if a horse could do it so could they.  They are now happily tromping over the ice-free area in front of the barn and have forgiven my transgression.


Posted by The Dancing Donkey at 1:34 AM