I worked on my harness contraption some more this afternoon.  What better way to spend Labor Day then concocting ways to make my donkeys work?  Actually, one of the things that I love most about working with the donkeys is that they really do love it.  They don't see it as work, but as play and they actively nag me to do stuff with them.  Tessa, and all of my horses, enjoy working and time spent with them, but they are usually just as happy to spend the day loafing in the shade.  I sure do hear about it from the donkeys though when I don't spend enough time "playing" with them.

I used my iPod to take pictures today, it takes crappy pictures, but surprisingly decent video.  A couple of people have suggested that I just plug the memory card from the camera into my computer....I wish I could.  Unfortunately, my computer doesn't have anything like that.  There is probably some sort of gadget that will do that, I'll look into it.  I'm not great with gadgets, contraptions are much more my thing....

Rule # 1 of Contraption Contrivance:  Keep it simple.  The more complex the contraption, the more likely it will go wrong and the more spectacular the wreck will be.

Rule # 2:  There is always an obstacle that you will fail to consider.....

Rule # 3:  Always be ready and willing to abandon the first contraption when the unforeseen obstacle in rule # 2 manages to run off with a bit of the contraption and one has to chase after him and stick a hand halfway down his gullet to retrieve said bit before the rotten little devil manages to swallow it.

Rule #4:  Scavenging parts and pieces from other defunct equipment is perfectly acceptable.  That is what you are saving all that junk those spare parts for after all.  Just try to be aware that saving all that stuff that just might, maybe, possibly be useful someday, is the first step on a very slippery slope. 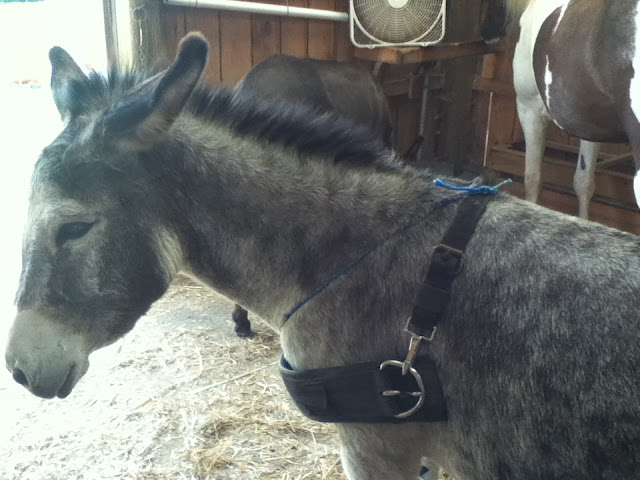 (As a side note, I think Tessa's reaction to all of this nicely sums up the difference between working with horses and working with donkeys.  She is NOT tied up or even wearing a halter.  It's also a good demonstration on why donkeys do best when they have another donkey around as a friend.) 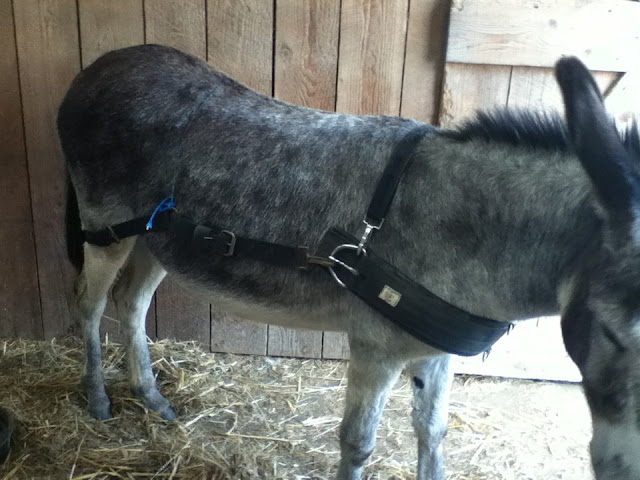 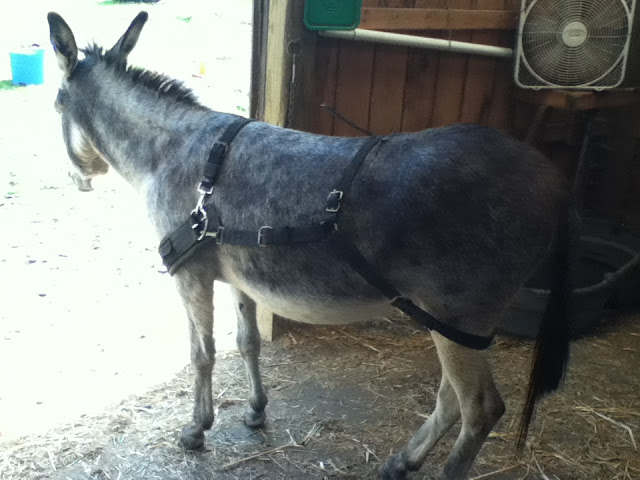 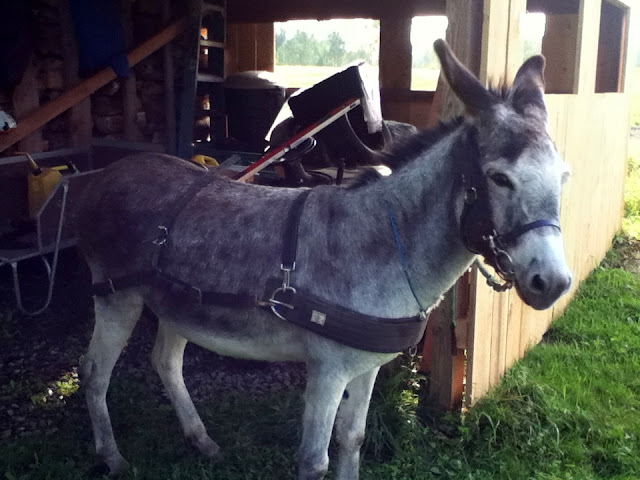 I think that once I figure out something sturdy enough to use as traces, this could actually work.   I know that the breast collar has a tendency to fall down and is not level, but that is because there is no pressure on it.  Also, since I will be pulling something on the ground rather then a wheeled cart, I think the downward angle of draft would put the collar in the right spot.  I guess I won't know until I try it.  The butt strap needs something to hold it up, but as it is not doing anything other than hold the collar on, I don't think it will matter.  We did go out for a walk in the woods with it and the whole thing remained surprisingly stable over all obstacles.  I didn't have to adjust it at all and Emma was totally comfortable with all of it.

Ramsey was just jealous that he doesn't get one yet. 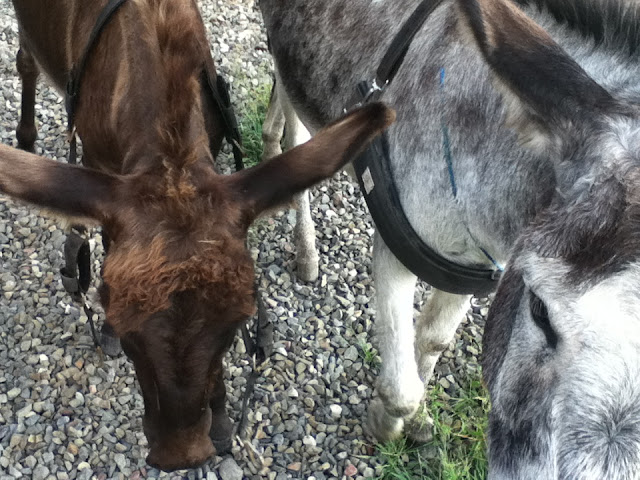 Email ThisBlogThis!Share to TwitterShare to FacebookShare to Pinterest
Labels: homemade harness, making a donkey harness, training a donkey for harness