This was a tough challenge for me because the things I think of as being creepy are not things I would ever have a chance or desire to photograph.  Things like driving into work and finding the police arresting someone in the parking lot.  Or walking next to one of the abandoned, long condemned factory buildings near the parking lot and hearing a baby crying inside.  Watching two groups of young gang thugs pass each other on opposite sides of the street, their pants around their knees, hurling insults at each other and egging on the underfed, berserk Pitt Bulls lunging at the ends of heavy chain leads.  Pitt Bulls aren't the problem, it's the creepy people who want to own Pitt Bulls that are the problem.

Ticks are creepy.  I have found numerous deer ticks this week, but I never take the time to photograph them.  I can't kill them fast enough.

Thankfully, the closest thing to creepy that I could find to photograph here were these rather slimy, deadly looking mushrooms.  At least I think they are a fungus of some sort, although their lack of spores and the copious amount of gelatinous slime they produce make me wonder.  Maybe I've stumbled upon an alien life form. 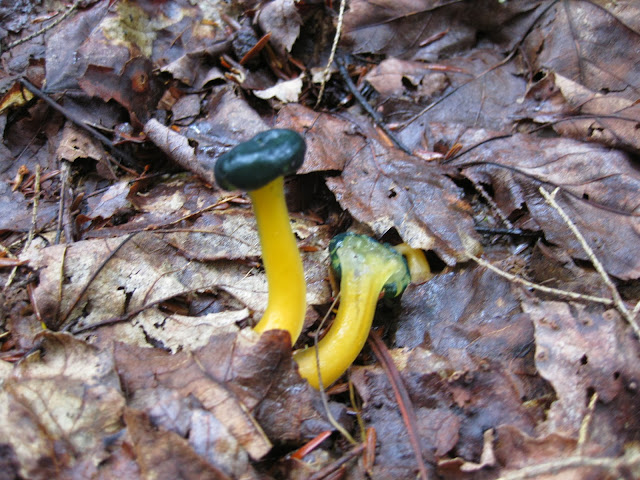 The last time I posted pictures of fungi, someone asked if any were edible. I have no idea and I am not brave enough to find out.  I think of them as another kind of wildflower and I always like finding new or interesting types, but this is one food I am perfectly happy buying from a grocery store.

I have found some really beautiful specimens over the years and each year brings something different depending on the weather.  I am sure some of them are edible as some do get eaten by other critters almost as fast as they can grow.  I don't see anything coming near these things though, which I take as a warning sign.  If one was needed.  Would any of you mess with these things? 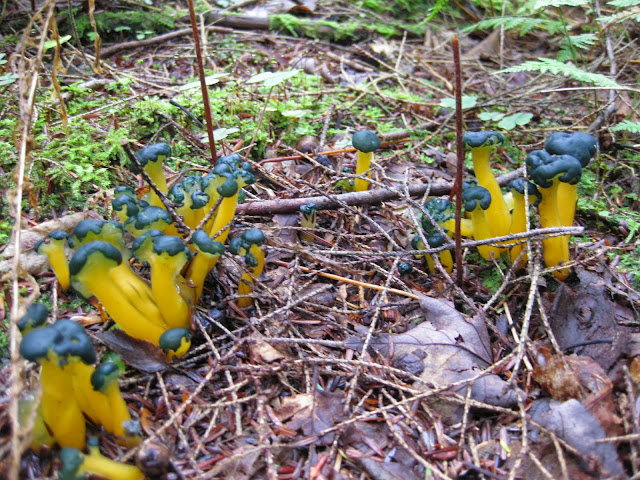 I don't know anything about them, but I sure wouldn't touch them. 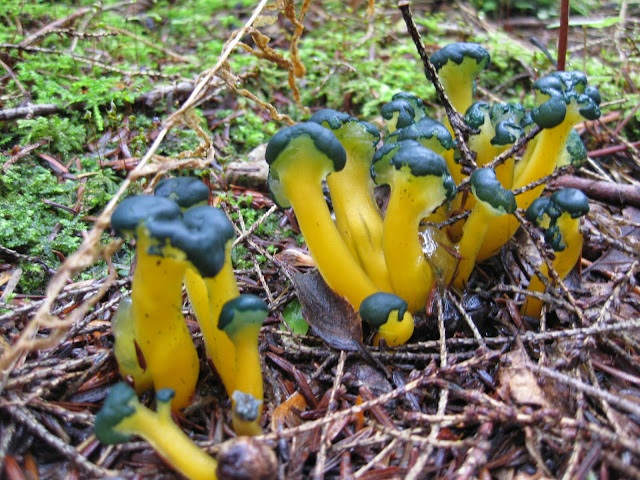 On the other hand, there are rather cute creepy things, like my favorite little salamanders who appear to think these mushrooms are rather tasty.... 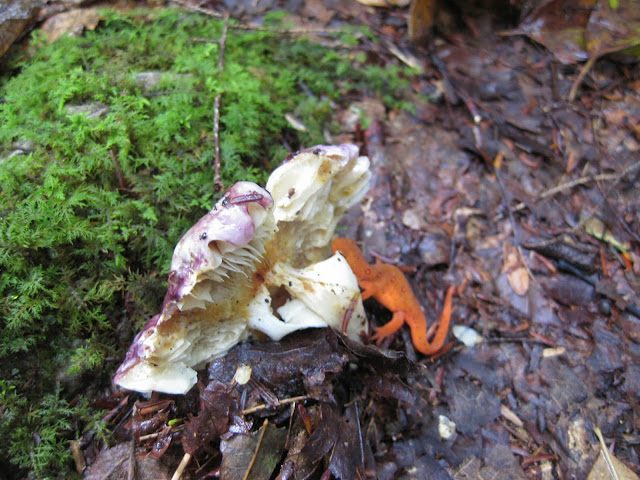 and a wooly bear who seem to have lost his stripes.  What do you suppose that means for the winter weather forecast? 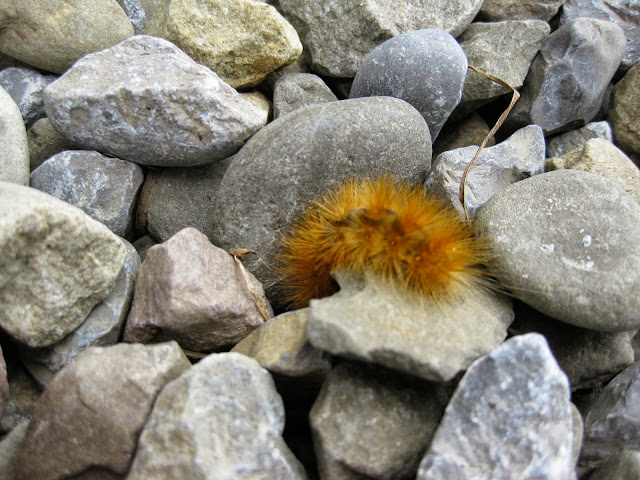 There are things that my not appear creepy at first glance, but the hazard they represent gives me the creeps. 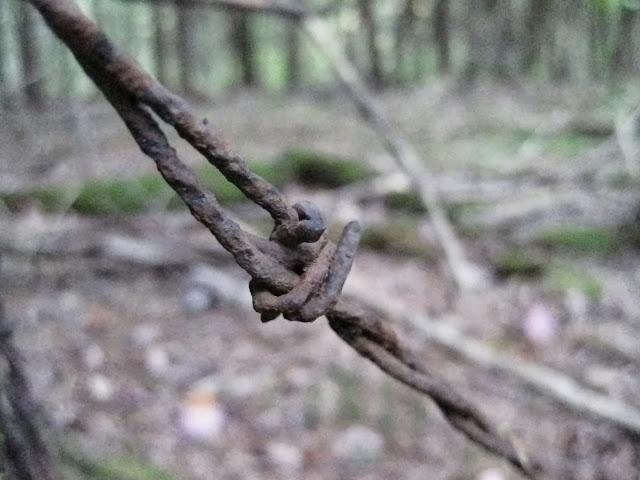 A horse that belongs to a friend of mine got tangled in some ancient, half buried barbed wire a few months ago.  It severed one of the main tendons in the back of her foot.  The horse is still trying to recuperate, but will never walk right again.  The damned stuff is all over the place and is the main reason I walk a path in the woods before I take the donkeys out on it. 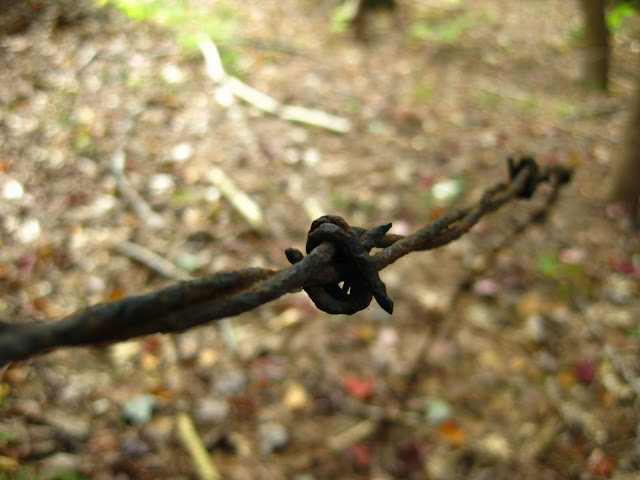 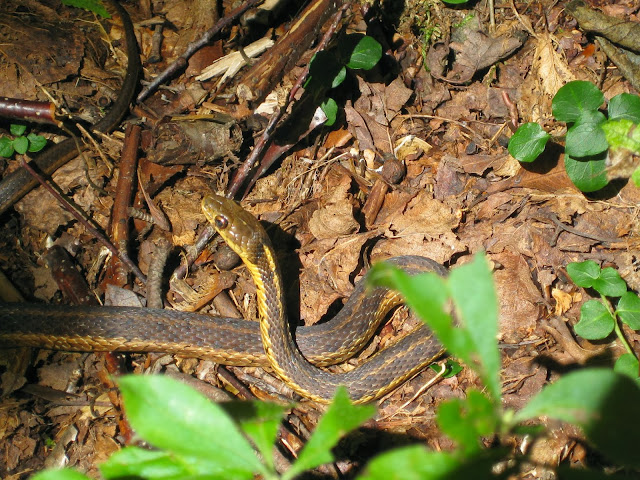 I don't want to deal with the kind who bite, but these little guys who live in the woods are fine with me. 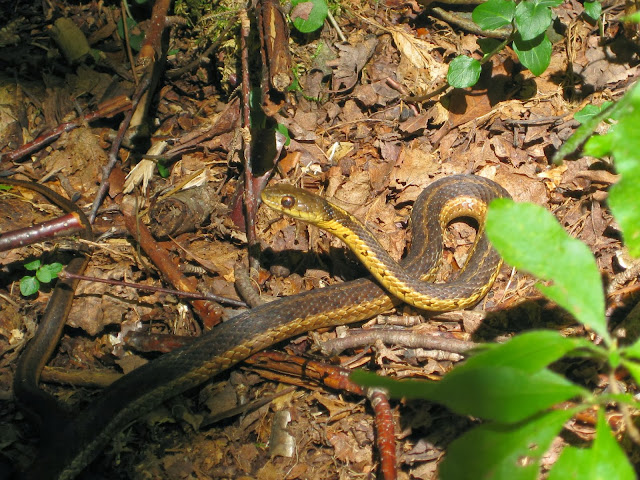 And perhaps my favorite creepy thing...I'm rather fond of spiders... 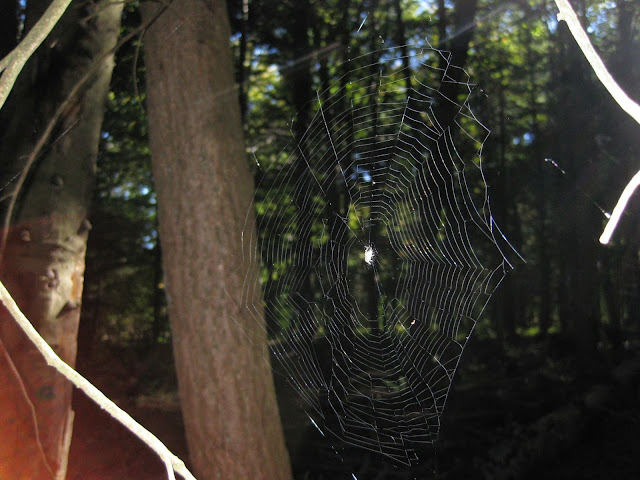