It's Connor's first birthday today.  Can you believe it?  Puppies grow up sooo fast. 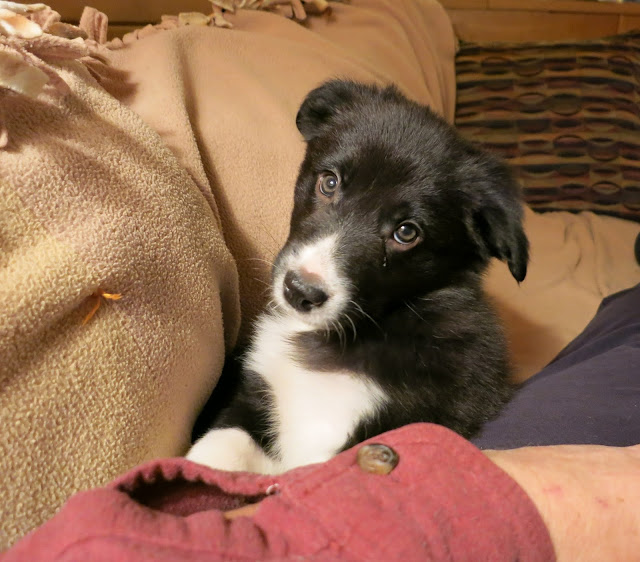 Connor has been on of the most interesting and challenging puppies I've ever worked with.  It is dogs like him that prove that training animals requires an open mind and a willingness to find what works for each individual rather than adhere to any one method. 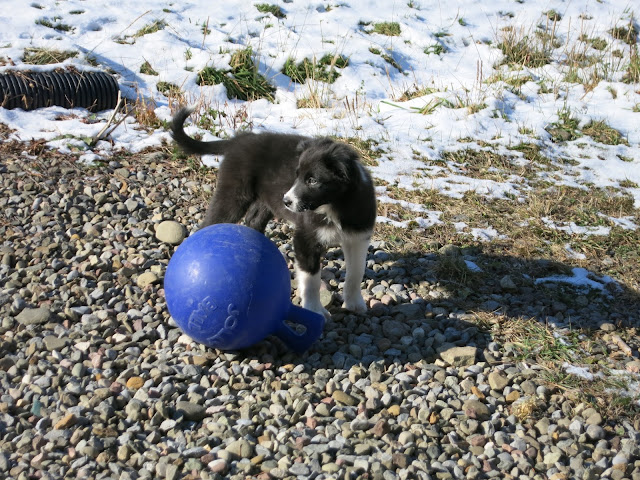 There are probably a thousand ways to train a dog and 900 of them may be right.  The only way to teach Connor is Connor's way. 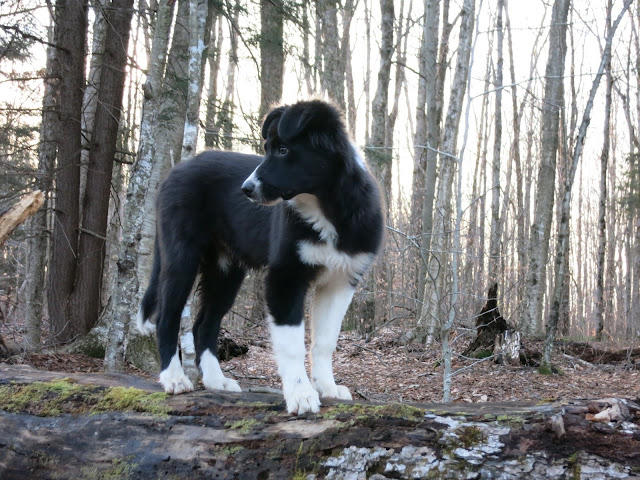 He responds best to a very subtle approach that rewards him when he offers a behavior I like, but does not pressure him into anything.  Figuring out just how to reward him has been a challenge though.  He is not at all food motivated nor does he focus on any specific game.  What he craves most is engagement, but he also gets over-stimulated very easily. 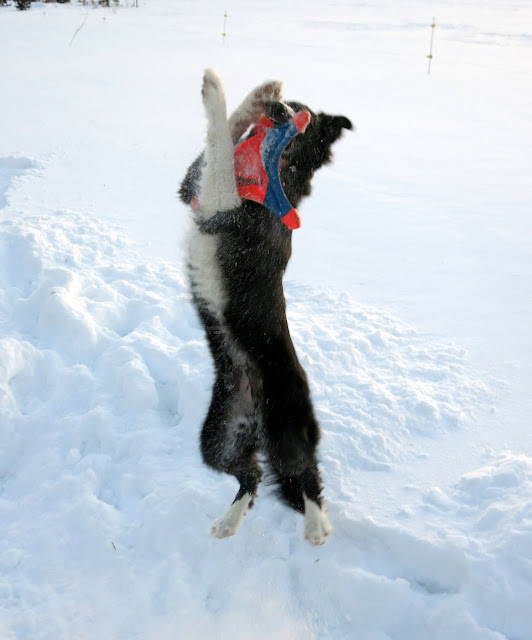 Connor is very intelligent and is constantly trying out new things.  He spends as much time trying to train me as I do trying to train him.  He probably has a better success rate than I do. 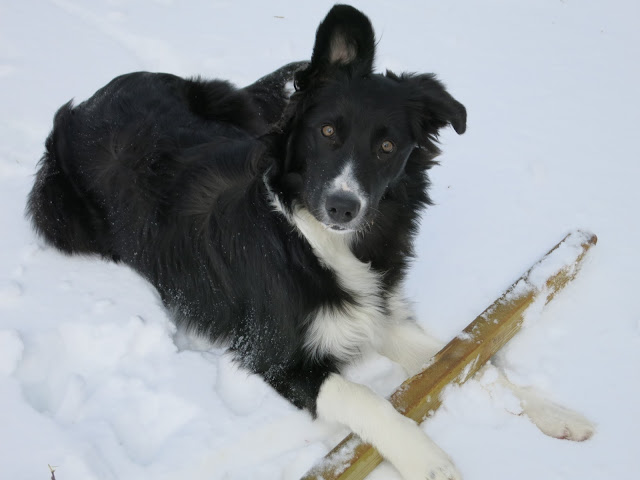 I've found that the best way to teach Connor something is to give him the space and freedom to explore and try new things.  I give lavish praise and play time for the behaviors I like and generally ignore those I don't unless it is something dangerous.  In that case, one sharp warning-off is usually all it takes to stop it. 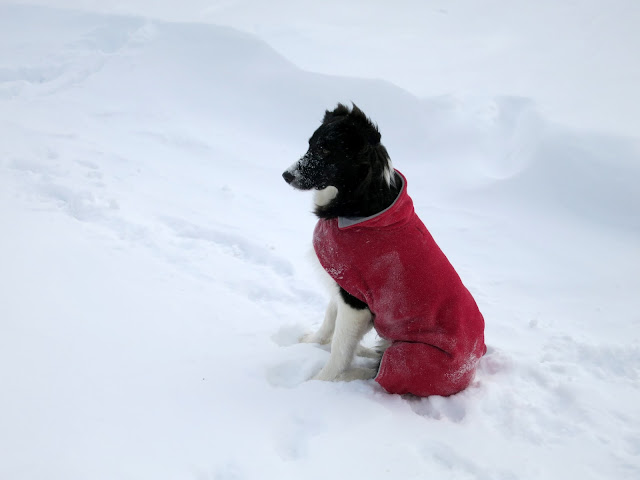 This Spring, he taught himself to herd robins.  He started off just chasing them.  It only took a couple of days before he realized that this wasn't working the way he wanted so he started making outruns around them, trying to gather them up.  He spent a good deal of time quietly and gently gathering robins until they went off to build nests. 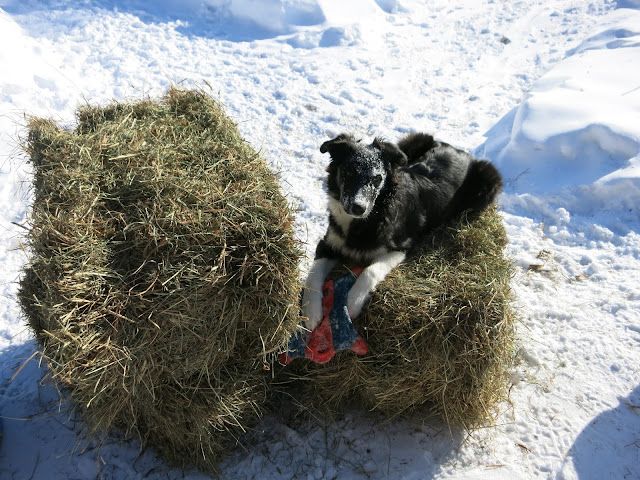 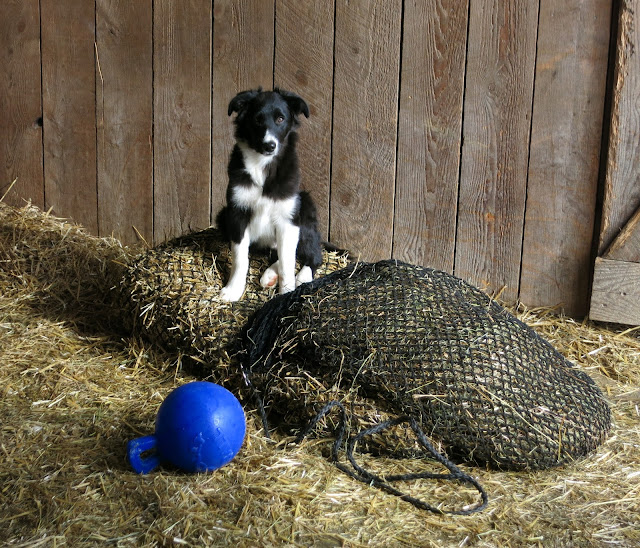 One of Connor's favorite games is something I taught him inadvertently while trying to distract him from attacking my manure fork every time I clean the barn.  I'd take some treats and scatter them around on the ground and tell him to find them.  One day, I was out of treats and getting exasperated and I told him go find a frisbee.  He cocked his head, thought for minute and then, much to my surprise, took himself off and came back five minutes later with a frisbee.  He now knows how to find the red frisbee, the blue frisbee, the jolly ball, and his blue bear. 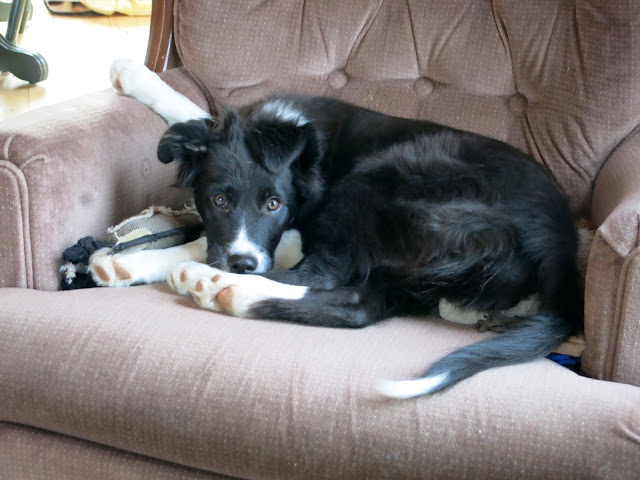 Under all of his energy and enthusiasm though, lurks a very sensitive soul who's confidence is easily shaken.  Despite all of his wild energy, this is not a dog who handles pressure well (yet).  If he feels threatened or pressed, he will shut down faster than any dog I've known. 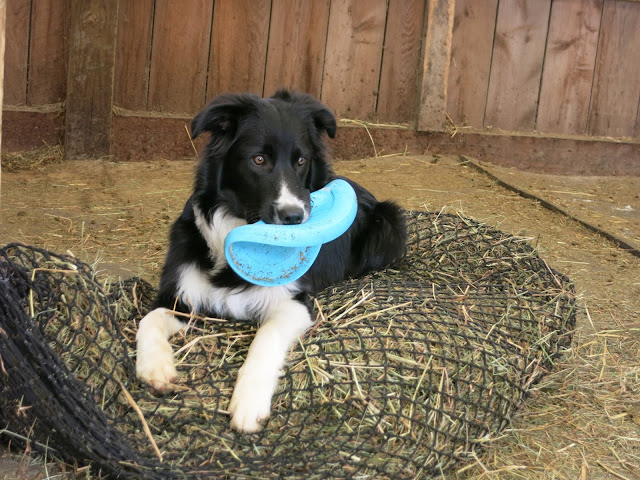 Aside from a few basics like a strong recall and good manners that I think any dog should know, I've taken to working with whatever Connor offers rather than trying to impose my ideas on him. 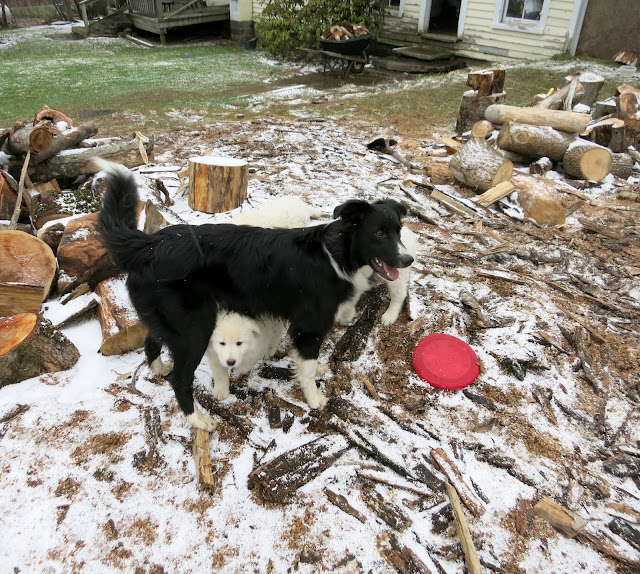 He comes up with more than enough all on his own that I really don't need to do anything other then offer praise when he gets it right.  Letting him set the pace and work things out on his own is helping him to gain confidence - even if he is still a baby. 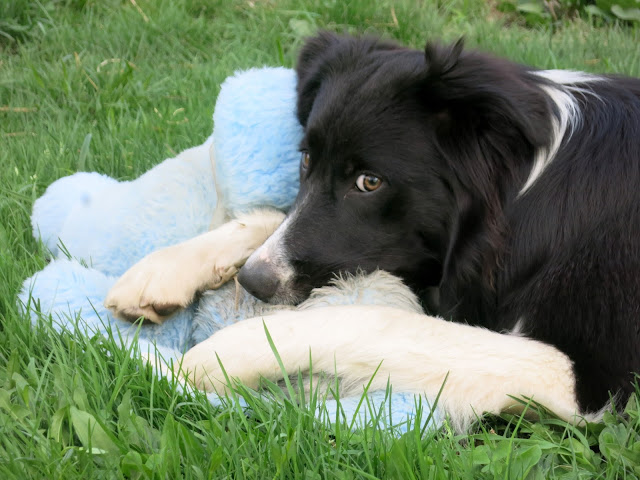 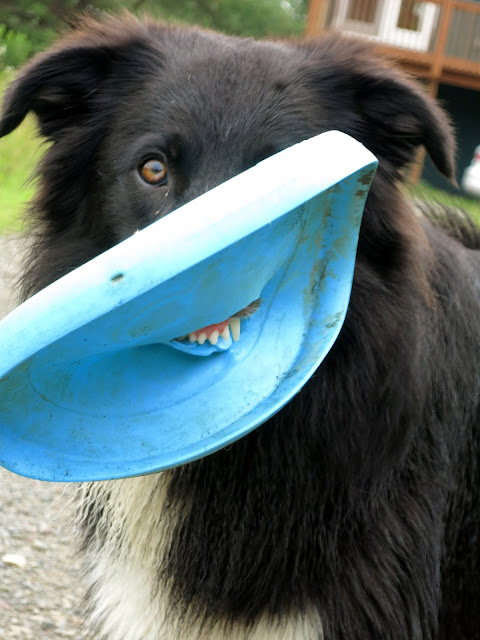 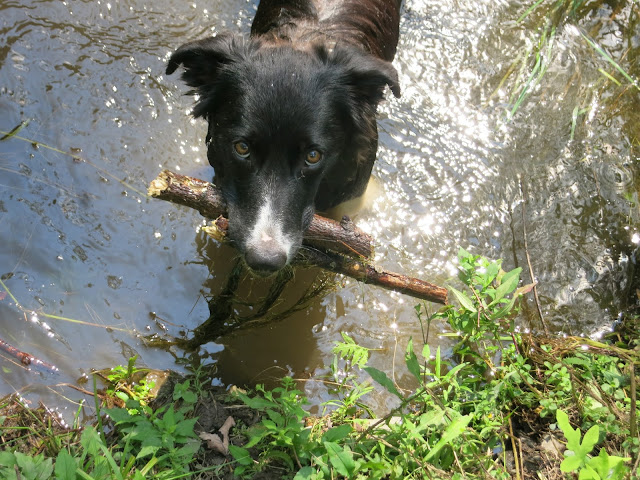 One of Connor's most endearing traits is that he is nearly always cheerful and happy. 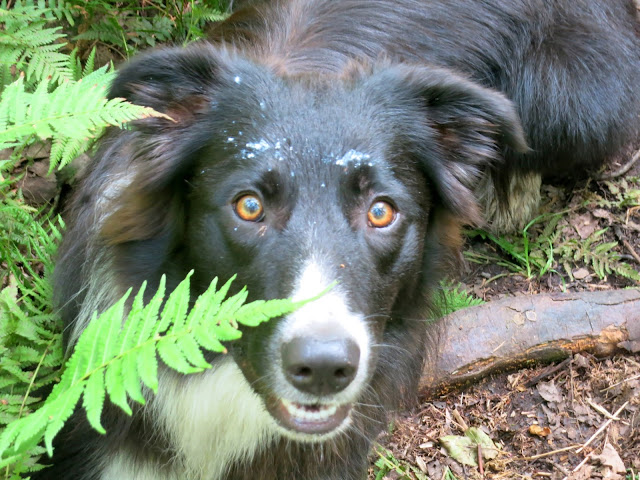 If I could capture and market some of his boundless joy, energy and enthusiasm we'd solve all the world's problems. 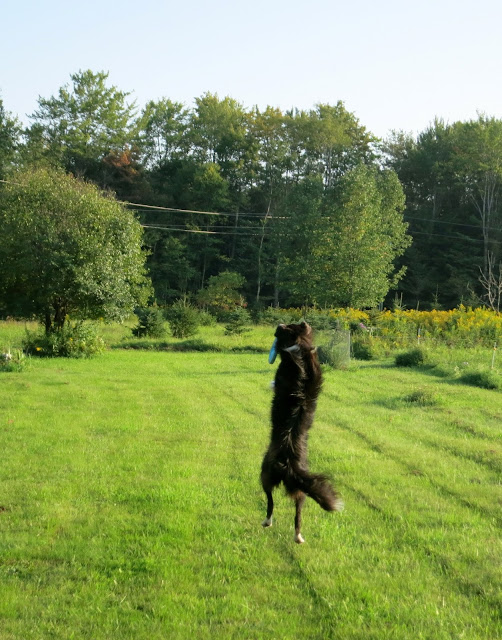 Happy Birthday to my little Con Artist. I look forward to seeing what you come up with next.


Posted by The Dancing Donkey at 2:41 AM