I found these during my walk in the woods this afternoon, they're maybe a day old... 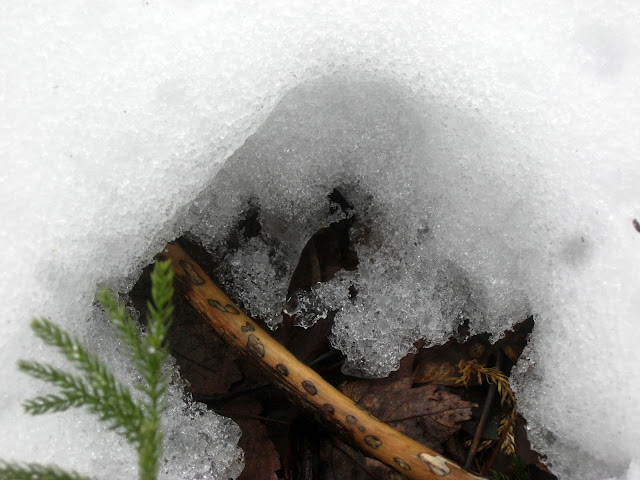 Even somewhat fuzzy and partially melted, they are pretty good sized... 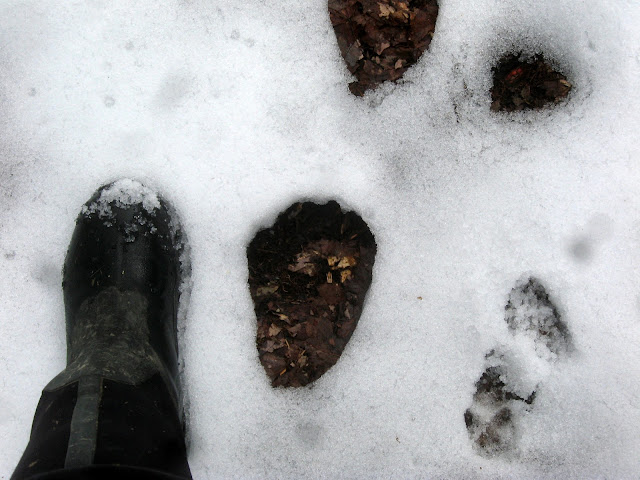 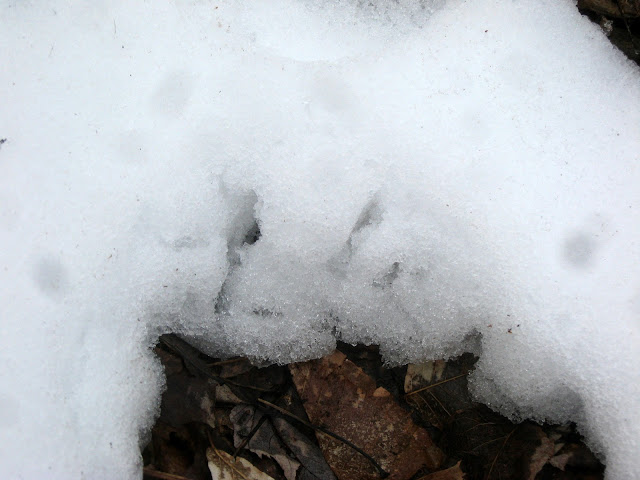 Do you see them there, in the snow? 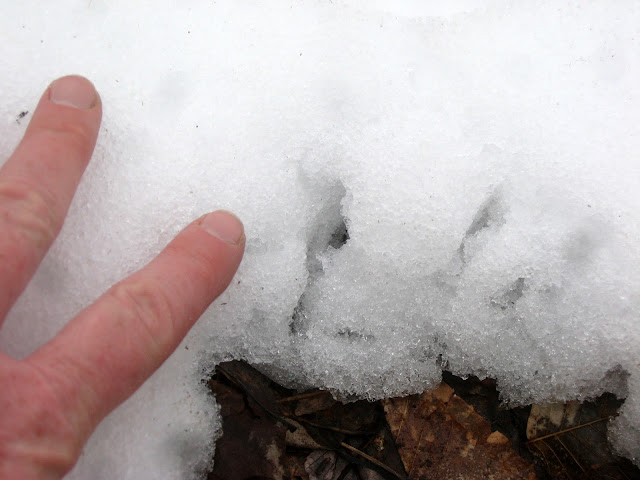 Since I came across these walking right down the middle of one of my main hiking and riding trails, five minutes from my house, it's just a wee bit disconcerting.  I had a very close encounter with a bear and her cubs once many years ago.  Once was enough.  Especially considering it's the very early days of a Spring that hasn't really happened yet, after a very long, cold winter.  I imagine this bear is pretty darned hungry.  I may just avoid this trail for a bit.

Apparently, this little morsel didn't provide the long awaited breakfast the bear was searching for.  It looks like the bear dug it up out of the snow and carried it for a while before wisely opting out of the food poisoning he would surly have gotten had he eaten it.  This fellow was more than a bit ripe. 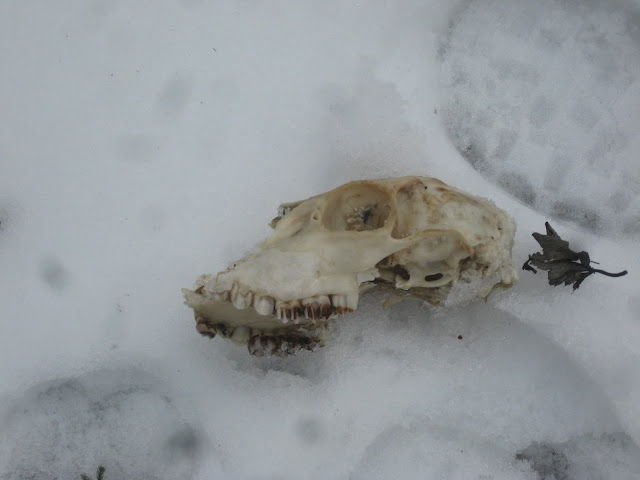 In case you are wondering, no, I did not bring it home with me as Carson from the 7MSN would have.  The smell was a bit much.  Bones age well in the desert, not so much in the Northeast.  I was rather intrigued by the teeth on this poor fellow though.  From the looks of them, they may have contributed to his demise. 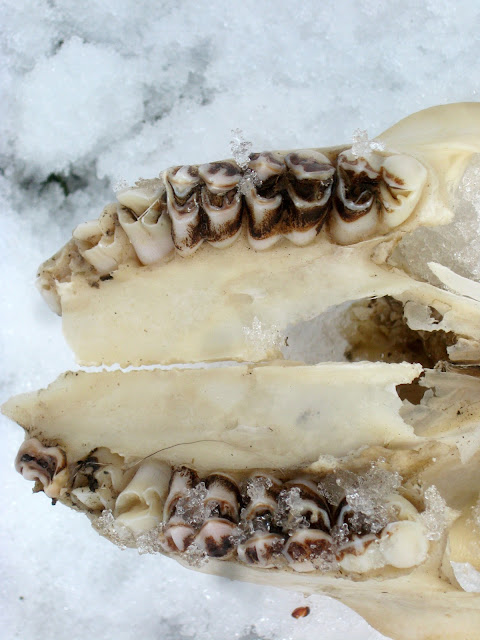 I imagine that the bear was probably headed for my neighbor's house.  I noticed, or rather Tanner noticed, that they are dumping food scraps out in the woods behind their house, which is not far from my trail.  I think I'll have to stop by and have a chat with them about that.  Their three small children, who like to play in the woods, might not want to run into a very hungry and grumpy bear either.
Posted by The Dancing Donkey at 11:54 PM