Sometime this Spring an interloper showed up.  I believe that someone "gifted" him to me, a practice that always makes my blood boil. 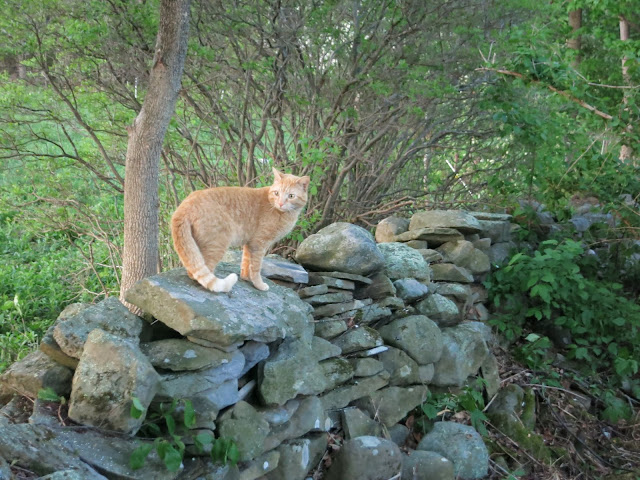 I really did not want another cat, especially one who liked to lurk on the stone walls outside my bedroom window and yowl at about a 1000 decibels at dawn every morning.  I had rather hoped he might take himself off, but he knew a good thing when he saw it. 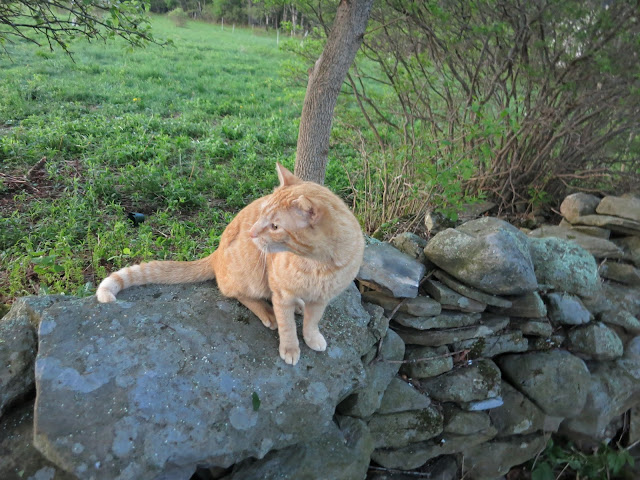 You might be thinking that Kipper would be happy for the company.  Wrong.  She is a cat who does not want her universe sullied by any other feline presence.  Her unwillingness to share is how she ended up here in the first place.  The only way Kipper is going to be happy to have him around is filleted and served on a platter.

I couldn't get near for him a long time, but once he worked up the nerve to get close, he is very friendly. 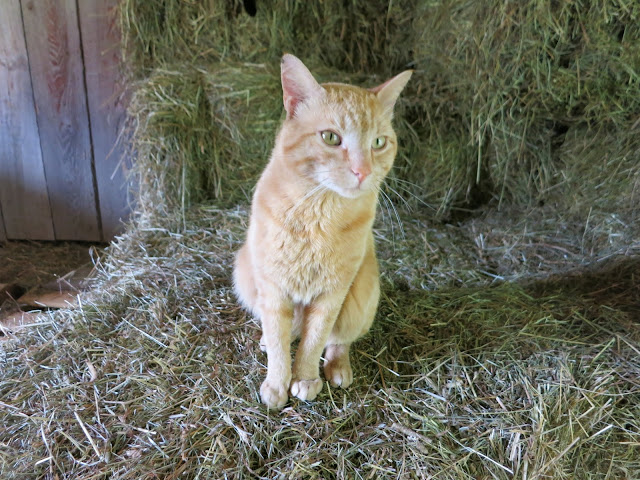 He even gets along well with Connor. 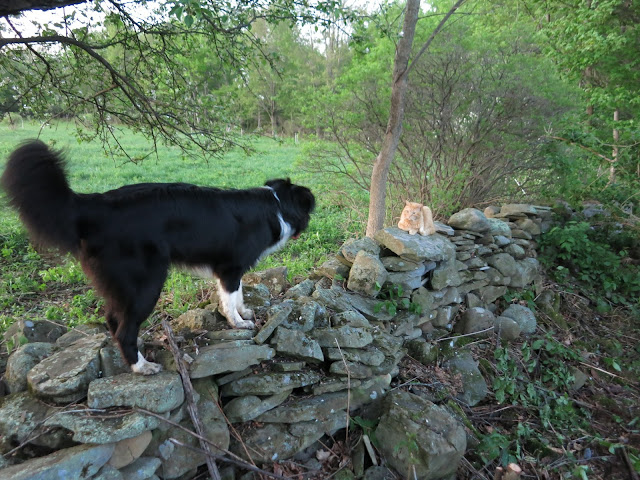 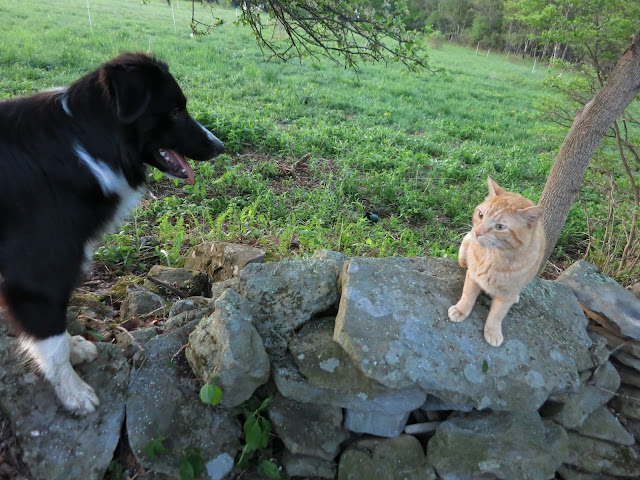 I finally gave in and made an appointment at the vet for him.  He promptly disappeared. 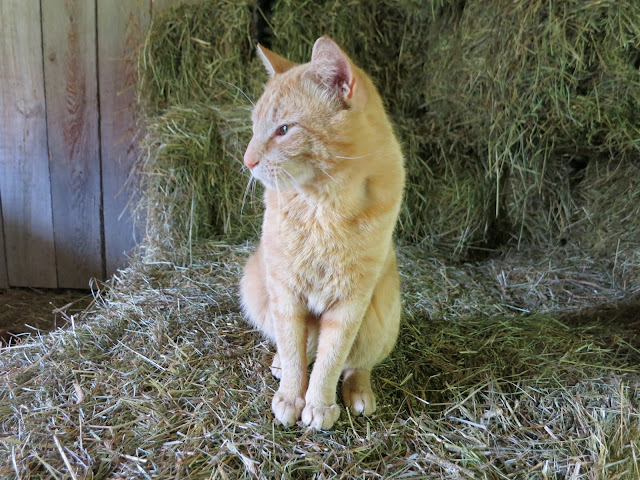 A couple of weeks ago he showed up again, having clearly been in the wars, and tried to ingratiate himself once more. 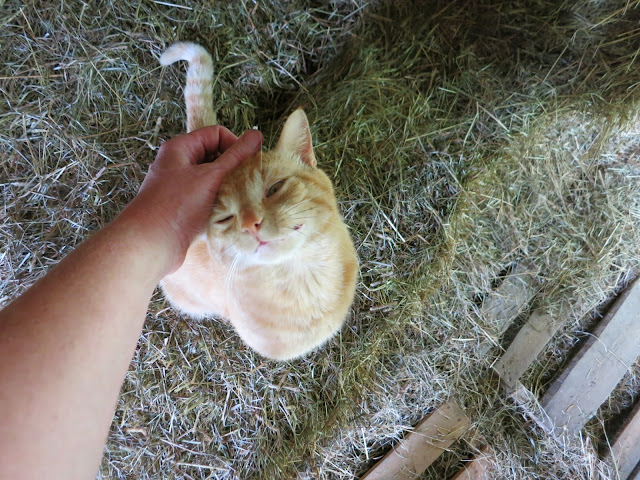 He even went on several donkey walks. 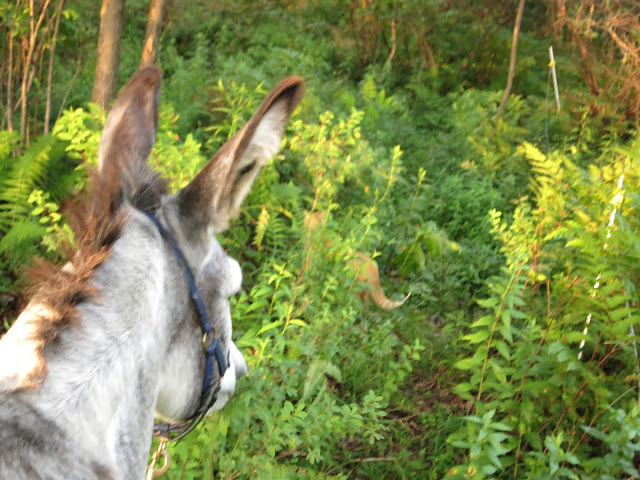 I tried putting him in a cage so that I could get him to the vet and he promptly escaped and once again disappeared.  This cat does not want to be contained and I have discovered that he will just about kill himself rather than be locked up, which is likely why he got dumped here in the first place, fpeople want a cat who will claw through a wall.

He showed up again yesterday though and I had made arrangements just in case.  So, I picked him up, stuffed him in a cage and took him off to the vet.  The price for my luxury accommodations is that he has to be neutered, wormed, vaccinated and free of fleas.  He came home from the vet today, pissed off and whining all the way. 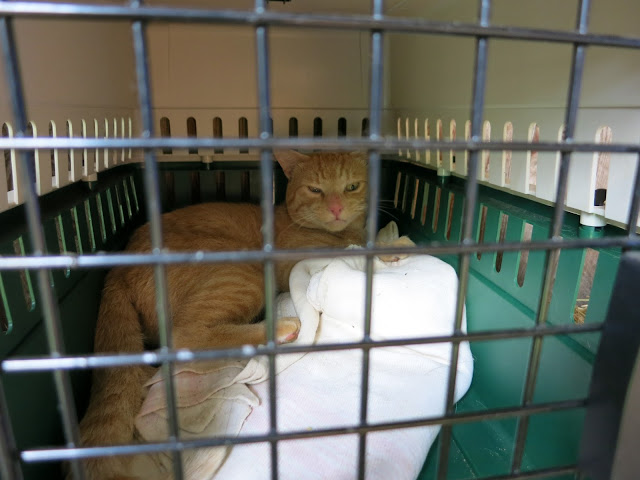 Unless he decides that he can't live with the insult and takes off for good, I suppose he is staying and I guess I really need to break down and give him a name.  I've been calling him Old Yowler, Yellow Cat or Whiner, but he really is not old and those aren't really names.  I've just been in denial.  Any suggestions?
Posted by The Dancing Donkey at 12:31 AM