If you have been reading this blog for a while, you may remember that last year, during the Winter-From-Hell 2014 version (you know, the one that introduced the whole Polar Vortex concept and record lows?), one of the corner posts on my back deck heaved from the frost. 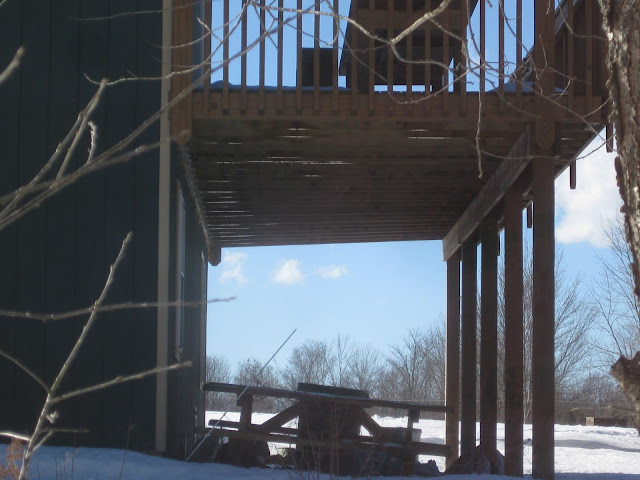 I talked to a lot of people about it, trying to figure out the best way to deal with the problem.  I was met with a lot of consternation and amazement along with a distinct lack of enthusiasm for tackling the repair job.  The general consensus was that I should just try to ignore it - we would never have another winter that bad after all.

Then, along comes Winter-From-Hell 2015 version and the post heaved even more, taking all the other posts with it.  I don't think I took any pictures since looking at it gave me a stomach ache.  Just envision this heaved up yet another 8 inches.... 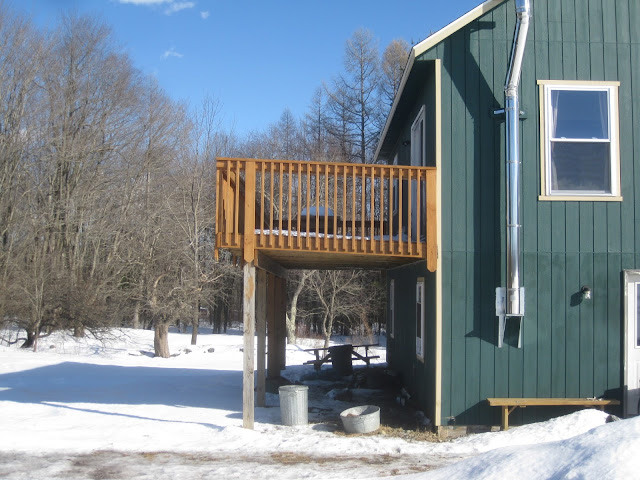 It was more than obvious that this was not a problem that I could just ignore.  The deck was clearly not going to survive another winter and would either tear itself away from the house or fall into the house, neither of which is a good option.

I have been worrying about this for two years now.  Every single time I look at the deck, which is about 15,000 time a day, I have agonized over how to fix it.  I've vacillated over trying to do it on my own, enlist the help of friends or find a contractor.  I have worried about the money, worried about it falling down, worried about it damaging the house and, in general, it has become symbolic of everything that has gone wrong with building my house.  Every time I walk past this *#@$^* post, it makes me feel like a failure.  I have talked to at least 20 contractors about it and most wanted no part of it.

Early this Spring I saw an ad on Craigslist for a contractor who works with the Amish in a town about 30 miles from here.  I got in touch with them and they were at least willing to give me an estimate.  After several more months of agonizing over this, they showed up last week to tackle this job. 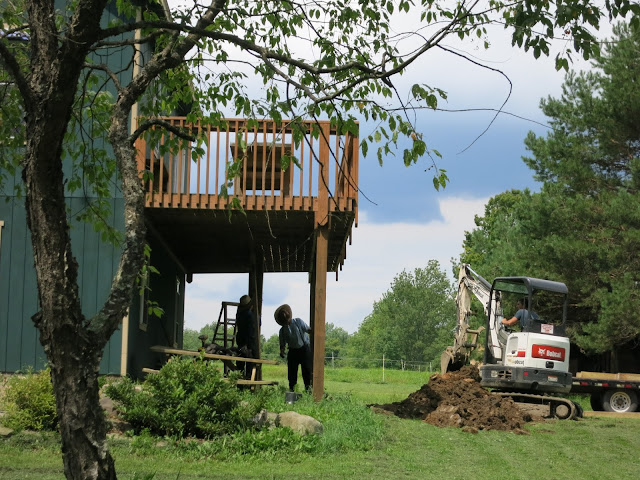 I had thought about a lot of different ways that this job could have been accomplished, but it never occurred to me to completely take all the posts out and replace them.  That was no easy job since I built this sucker to last. 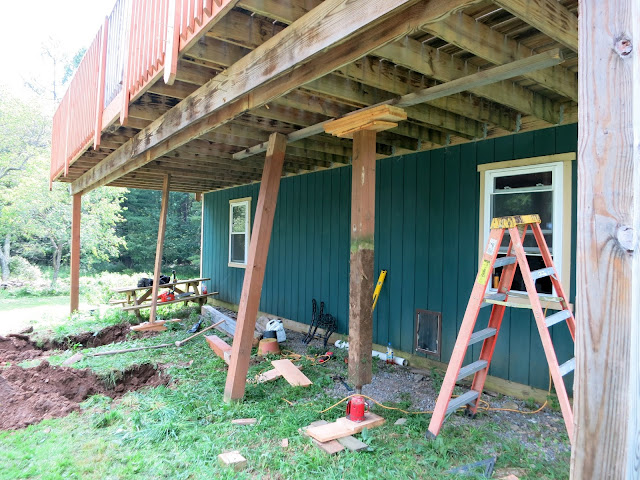 In the end, it wasn't really a terrible job, but I am glad I opted not to do it myself.  What these three guys did in a day would have taken me weeks and I'd have been a wreck about it every minute.  I am also very glad that I wasn't the one operating the machine when this corner hole got dug. 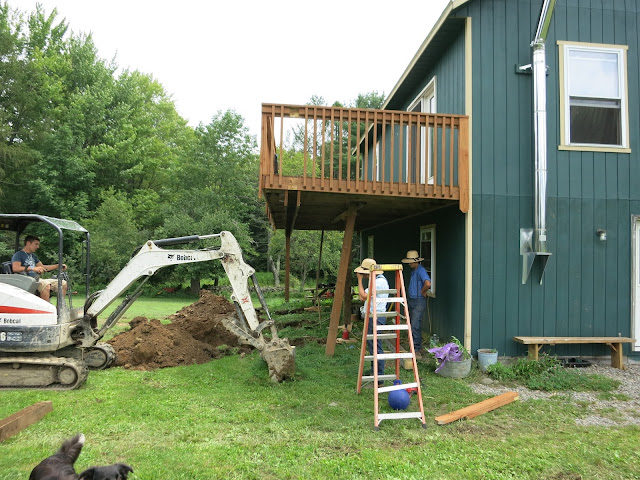 I remember when we originally dug this hole, that we hit a big rock 3-4 feet down and that is what caused all the trouble.  No one thought that rock would ever move so we set the post on top of it, which proved to be a mistake.  Luckily, I warned them ahead of time about the rock and told them to not even try to use an auger.  At least no one was surprised when they ran into trouble.

It took a solid hour of bashing that rock with the excavator to break off enough of it to set the post below it.  The rest of that behemoth is still down there, but the post is now buried five feet deep.  If the frost gets under it again, we're all in big, big trouble. 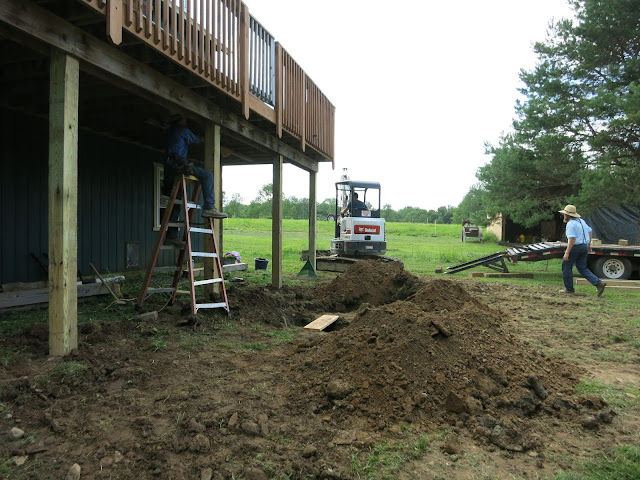 I can't even begin to tell you how much better I feel having this stupid hunk of wood level once again. 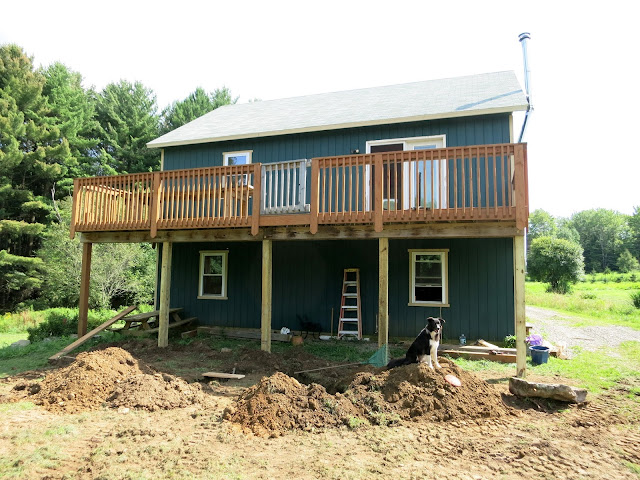 Tomorrow, I'll tell you about the rest of the project.