There is a harsh truism in farming - don't get attached to anything that lives at the bottom of the food chain.

I was woken up this morning by the sound of a coyote barking just outside my window.  It is not unusual to hear them, but they generally don't come so close to the house.  I yelled at them and Connor barked his meanest, loudest bark (he really is the most ferocious sounding dog I've ever had), but it did no good.  The Freaky Five are all gone.

I found all that was left in the back pasture, just outside of the fence where the donkeys can't reach.  I haven't been letting the herd in there because they can't have so much grass. 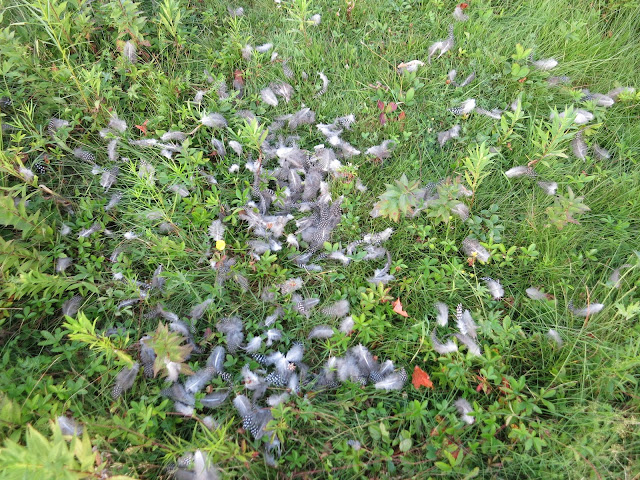 I was worried about having poultry up here and had sort of been expecting to lose at least one or two, I counted them every time I saw them.  I was hoping that guineas, who are supposed to be so flighty, elusive, and good at protecting themselve would be safe.  I never thought all five of them would get eaten in a single night.  I was wrong on all counts, which is depressing and frustrating on so many levels.

Goodbye little freaks, I am sorry I couldn't keep you safe and I hope that whatever dimension you exist in now is a good one, without coyotes. 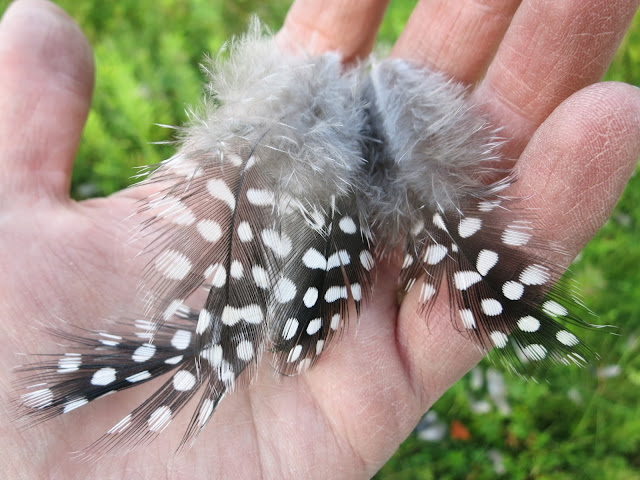 I am done trying to raise poultry up here on this miserably inhospitable hill.  I kept telling myself not to get attached to the guineas because no good could come of it.  I failed at that as well.

Posted by The Dancing Donkey at 12:47 AM