I bought hay a few weeks ago in the form of these giant square bales.  They should be an equivalent amount of hay to what I bought last year based on weight.  However, all the weights involved were estimates and there seemed to still be an awful lot of empty space in the hay sheds.... 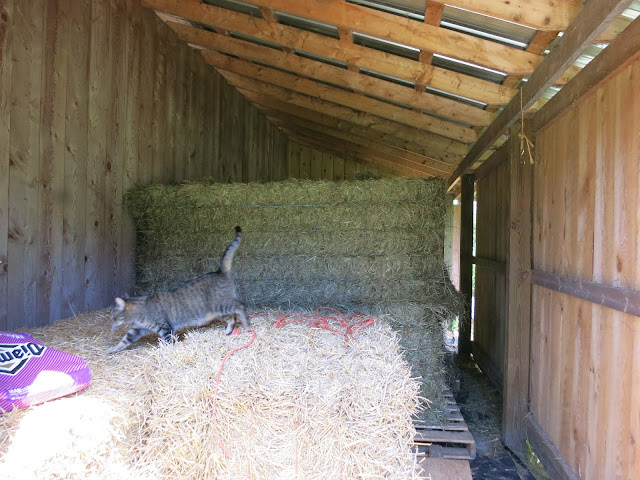 I could easily have fit three more big bales in here. 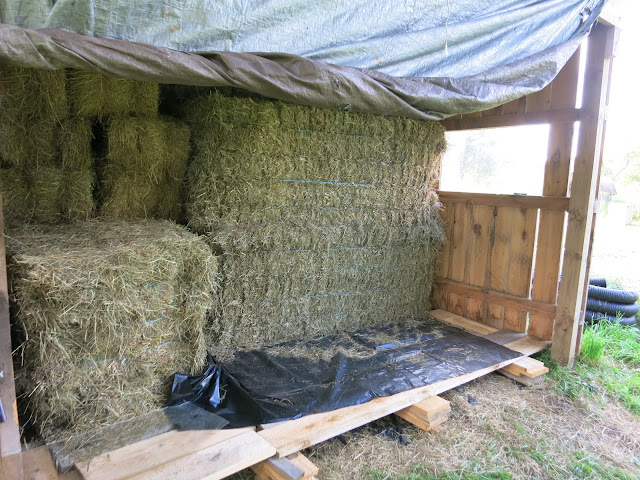 I wasn't really concerned because the bales are highly compressed and I was going to get several more of the big bales of straw to fill in these gaps.  The farmer had also promised to hold a few more bales for me just in case.  Then....I got a phone call last week from his daughter.  The farmer has been badly injured by one of his cows when she got pissed off, charged him and did her best to kill him.  He will (hopefully!!!) be OK eventually, but he has several broken ribs and vertebra.  I very much hope that he heals up quickly and without any complications, and not just because I want more hay.  He's a really nice guy and I hope he will be alright.  He sure won't be delivering any more hay though.

This all left me a bit uneasy.  I thought I had enough hay, but then again, if we have yet another winter-from-hell (please God, no!), well, I wasn't sure and that is not a good feeling.  It is also going to be a terrible year for finding hay in this region because we had so much rain right up until the third week of July.  I am already seeing many signs of panic, inflated prices and growers hoarding hay in the hopes of even higher prices come winter.  Farm Buddy had also intended to buy some of those Big Bales and that, obviously, wasn't going to happen.

So, when a friend sent Riding Buddy the name of a guy they had just bought hay from and we found out that the guy still had some left at a good price that included delivery, we both jumped on the opportunity before it was gone and bought a hundred bales each.  That was yesterday and today and he has already sold out. 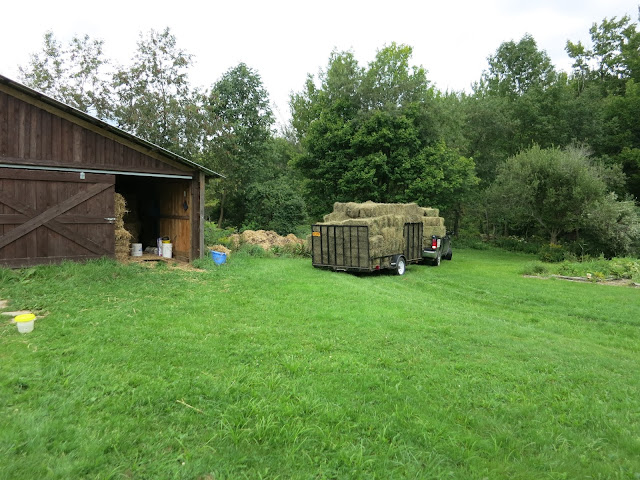 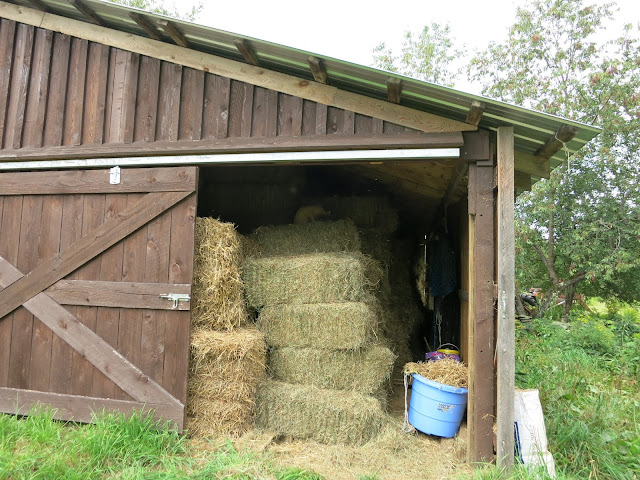 My sheds are filled to the brim now and I am breathing a bit easier.  There is nothing worse than running short of feed in the middle of winter and you can never have too much hay.  Or firewood. 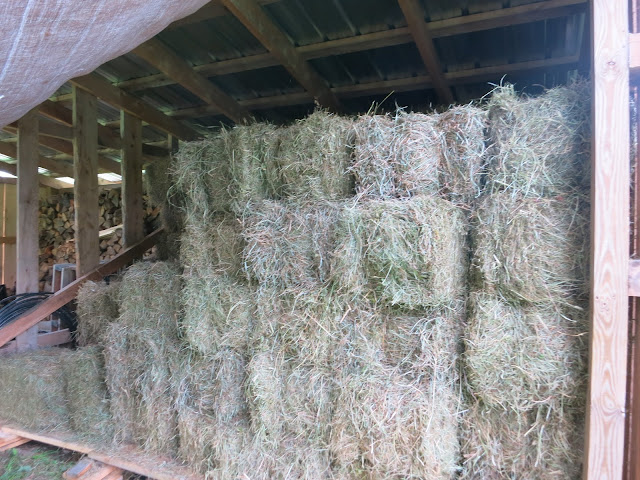 The cats are very happy too as they now have numerous little hay dens to hole up in.  Those Big Bales aren't nearly as comfy.  Oliver would tell you all about except that that would require pulling his head out of the feed trough. 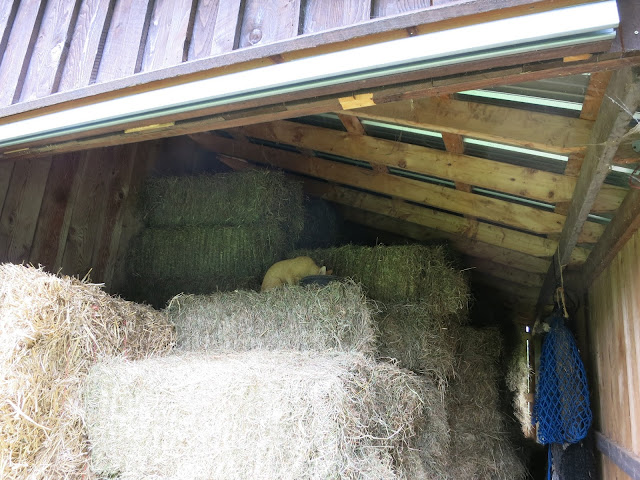 I hope everyone has their feed lined up for the year.  With all these horrific fires, drought, excess rain.....it could be a very tough year to get feed no matter where you are.  There are already portents of doom on the horizon, it's time to stock up. 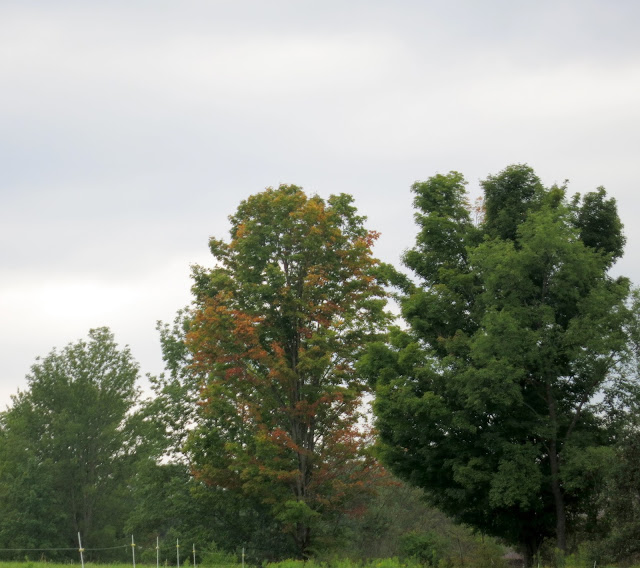