My little herd got their first Lyme vaccine last week.

I really agonized over this decision and before I was done, I think I had half a dozen vets on two continents agonizing over it with me.  I talked it over at length with my vet.  She talked it over with all of her colleagues.  I got in touch with some other vets I know and they talked it over.  In the end, together and separately, we all came to the same conclusion:

Given the near 100% infection rate in my little part of the world and the overwhelming likelihood of reinfection combined with the apparent safety of the vaccine when given to horses, it was really the only thing to do.  I've already found nearly 30 adult ticks and it's still only April, they are much worse in May.  I almost never find the nymphs, which are smaller than a pinhead and transmit 90% of Lyme disease.  What do you suppose the chances are of me being able to find all the ticks every day? 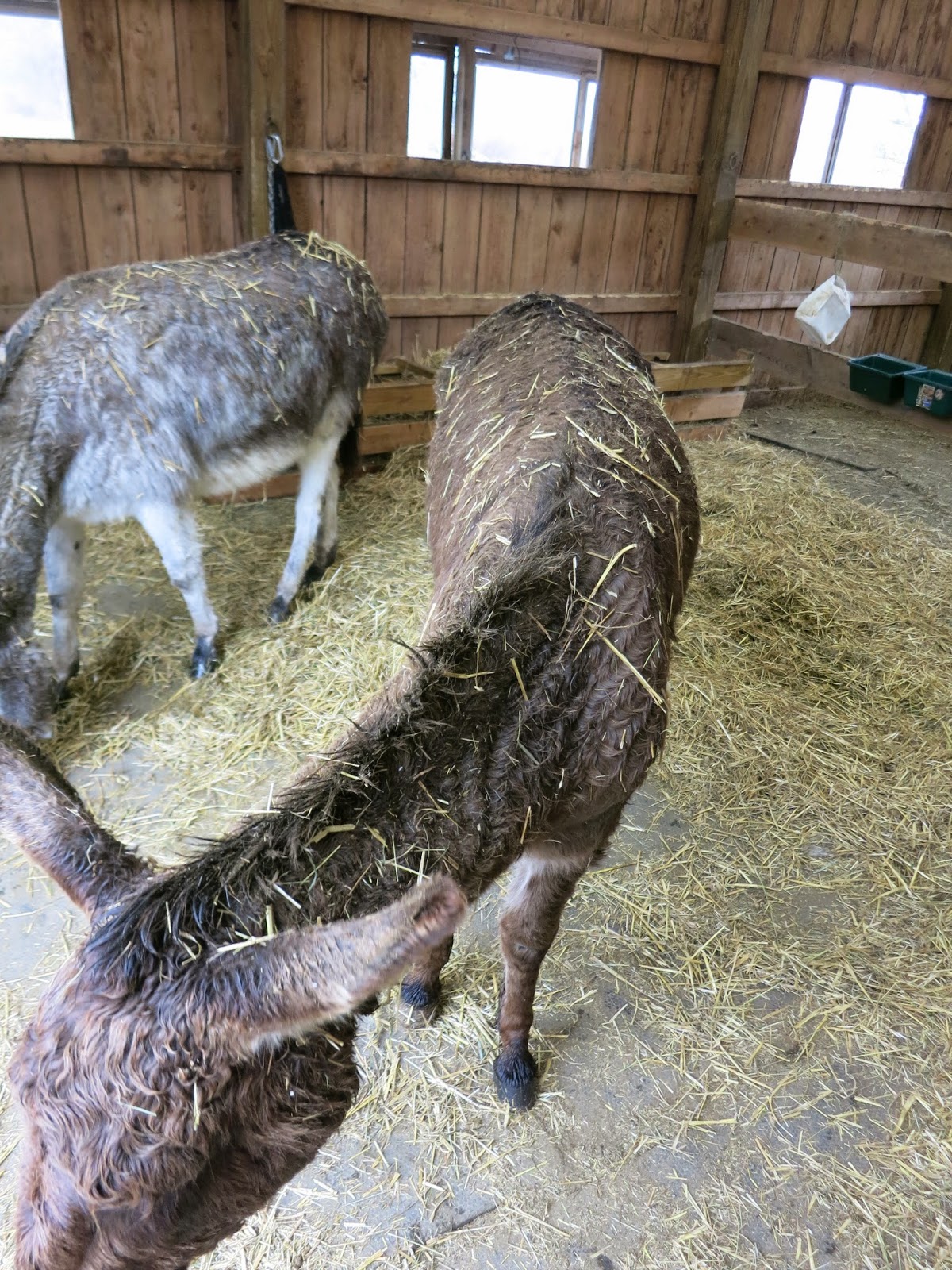 I think I've already proven that I can't do it.  I doused everyone with the heavy duty permethrin, Tessa had a reaction to it and I still found ticks on the donkeys.  I am working on getting some guinea hens to, hopefully, kill ticks, but they won't be available until June.

As for giving the shot to the donkeys, one of these good people brought up an excellent point: almost none of the drugs we routinely give to donkeys has ever been trialed or been approved for use in donkeys.
It took some digging, but I found that the vaccine has been used in quite a number of horses and we even found a few other donkeys who have gotten the shots so at least mine wouldn't be the very first.  None have reported adverse reactions.  In fact, the reaction rate in horses seems to be significantly lower than with most other vaccines they are routinely given.  This Lyme vaccine contains no adjuvants, which are what typically causes reactions.


Besides being worried about using the vaccine in the donkeys, we were worried about giving it to Tessa because she had quite a bad reaction a few weeks ago when she got her routine Spring shots (which she is not going to get again).  Of course, if we had known that she had Lyme before giving her those shots, we wouldn't have done it.  Such is the beauty of hindsight.

Tessa does tend to be very sensitive and reactive to any possible irritant so giving her another shot, especially an experimental shot was scary as hell definitely worrisome.  Before she got the Lyme vaccine, we gave her a dose of banamine (NSAID) to help prevent problems.  It turned out to be unnecessary, but better safe than sorry.

All three of mine and RB's 2 mares all got their first shot last week and no one had any reaction whatsoever.  Emma and Ramsey were so busy mugging the vet tech that they never even noticed getting a shot at all.

(Hawkeye was treated for Lyme last Fall, but is showing renewed symptoms so is being retested.  If the test is positive again, he will have to be re-treated before he can be vaccinated.)

The vaccine protocol that is being used is pretty strict and has to be followed in order to be effective.  The vaccine used has to be the Recombitek Lyme vaccine made by Merial... 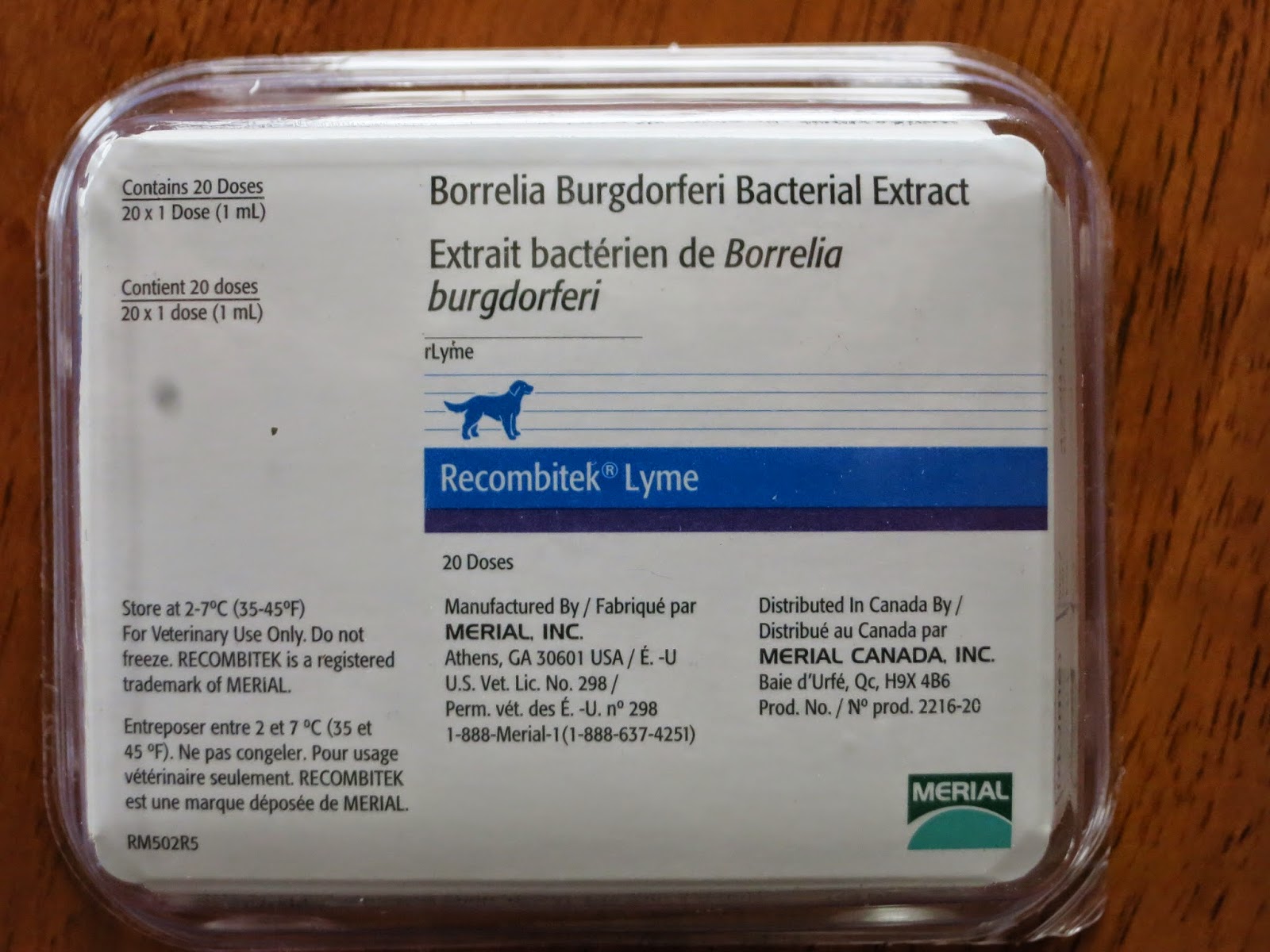 The protocol is three shots.  The first can be given any time so long as the animal tests negative for Lyme.  The second shot has to be given 3 weeks later, the third is given 3 months after that and then a yearly booster.  The timing does matter.

If the animal tests positive, it needs to be treated first. The shots can be started during treatment, mine got their first shot about 2 1/2 weeks into treatment.  Hopefully, it will start providing some protection before the antibiotics end next week and the ticks come out in force.

This is not something I would have done unless I felt fairly confidant that it would be safe, be of use and if the Lyme situation in central NY weren't so bad.  Even if the vaccine works as hoped, I still need to be hyper vigilant about tick removal because the vaccine won't do anything to protect against other tick borne diseases.  Those are still rare (especially compared to Lyme) and the symptoms are more apparent so I hope we can avoid them.  There is nothing else to be done.

For anyone interested in learning more about this, all I can say is: talk to your vet.  Don't be surprised though if he/she refuses to even discuss it or completely rejects the idea because it is not yet approved.  You'll have to do your own research, weigh the risks, accept the liability and then find a vet who is willing to work with you. 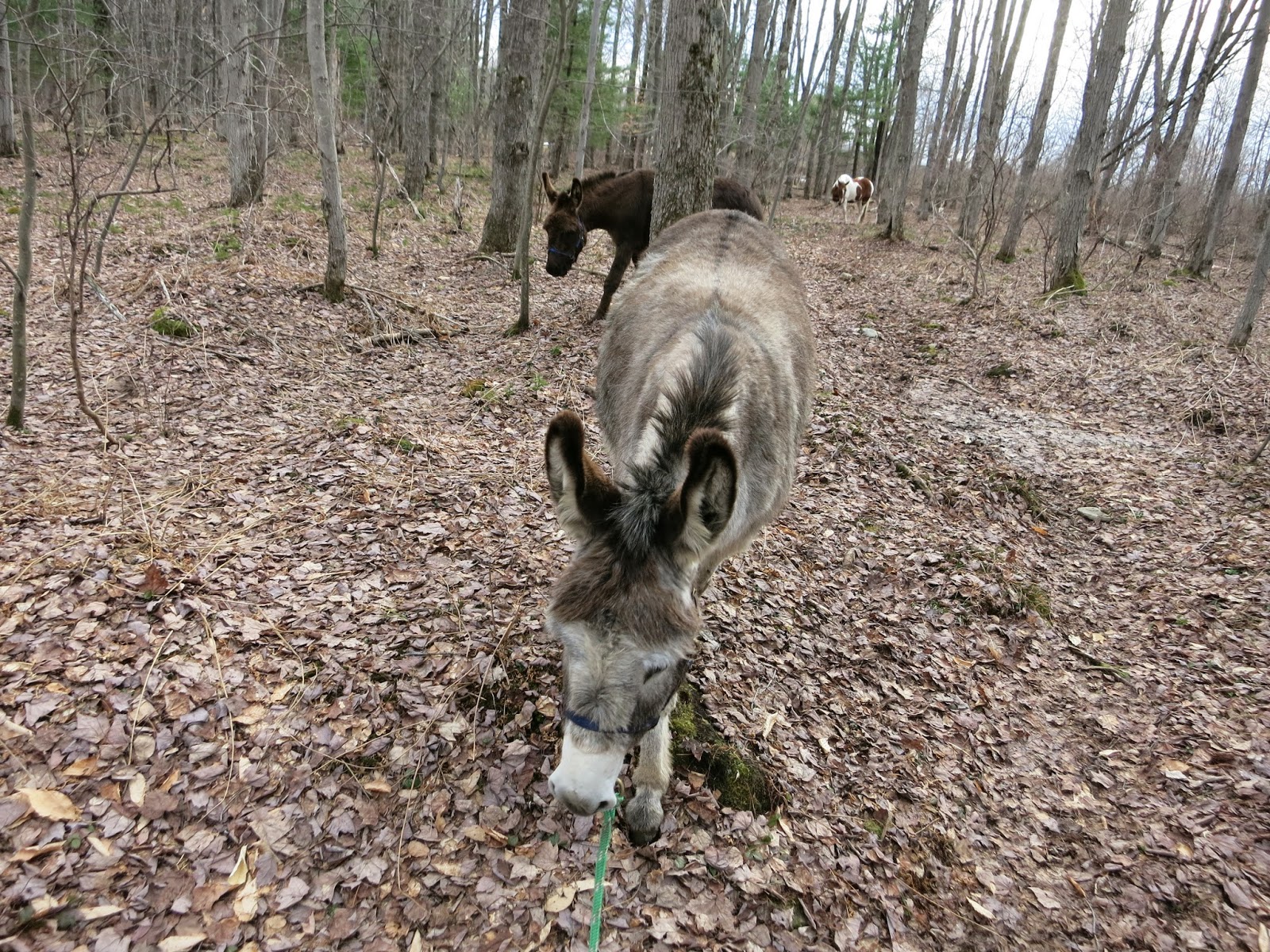 Posted by The Dancing Donkey at 1:23 AM