A few years ago, a friend of mine gave me a little stuffed border collie toy.  Connor got hold of it and took an immediate liking to it.  When he started to destroy it, I took it away from him.  A while ago, Mr. Oh'Connor climbed up onto a bookshelf and stole it back.  He is the sneakiest rat-fink-thief I have ever known.  I took it away from him several times, but he always managed to find it and extract it from its hiding place.  He finally managed to sneak it outside where he proceeded to drag it through every mud puddle, manure pile and mess he could find or create.  Connor is very bright and extremely energetic, he can create a LOT of mess.

Eventually, he got distracted at a crucial moment and left the poor, pitiful thing in the barn.  The donkey reaction to it was very interesting. 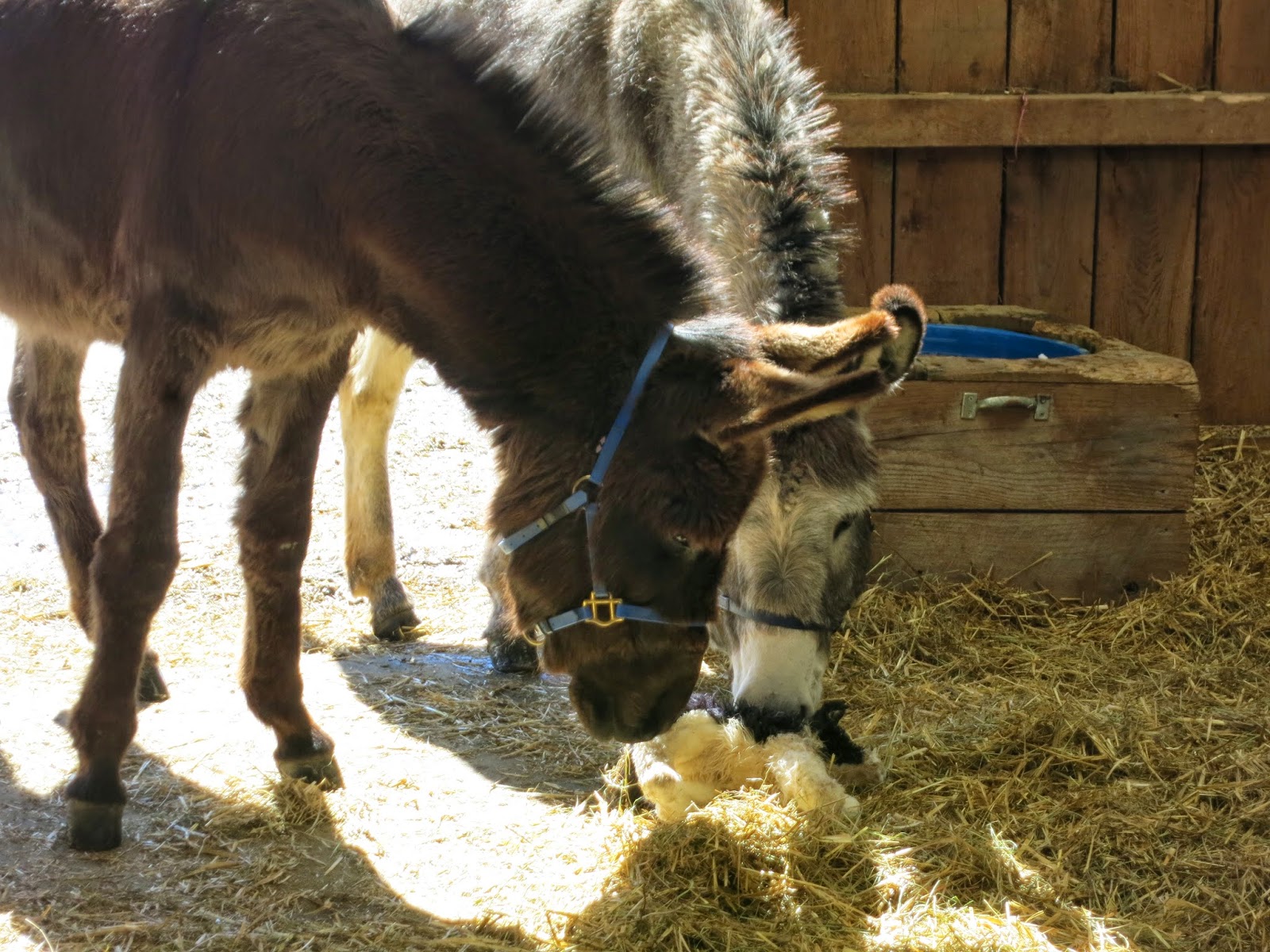 By the time it made to the barn, I can only imagine all the smells it had picked up.  It certainly didn't smell synthetic anymore. 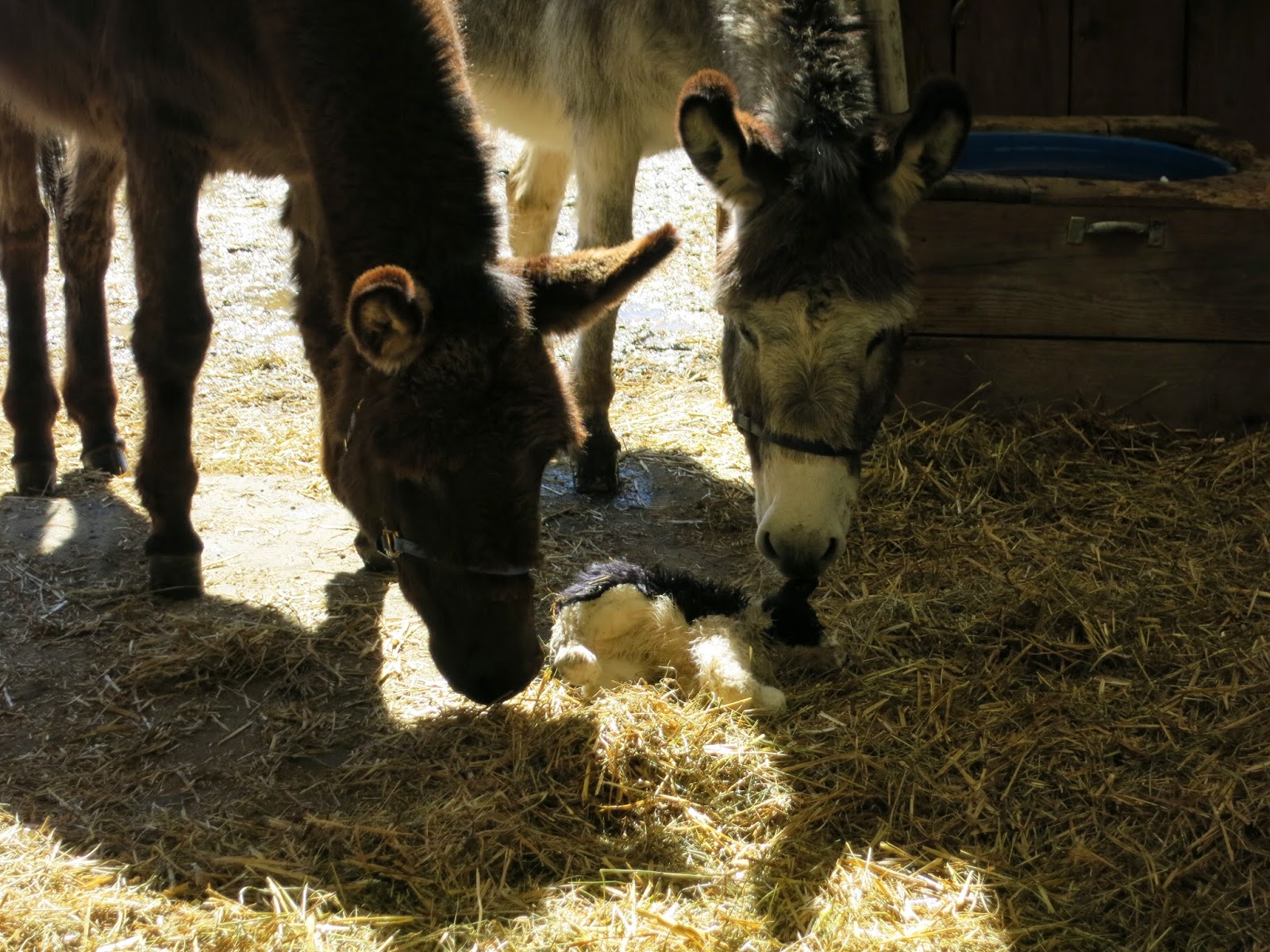 Normally, the donkeys will check out anything new and, after sniffing, pawing, pushing, they bite it and pick it up.  It's how they explore new objects. 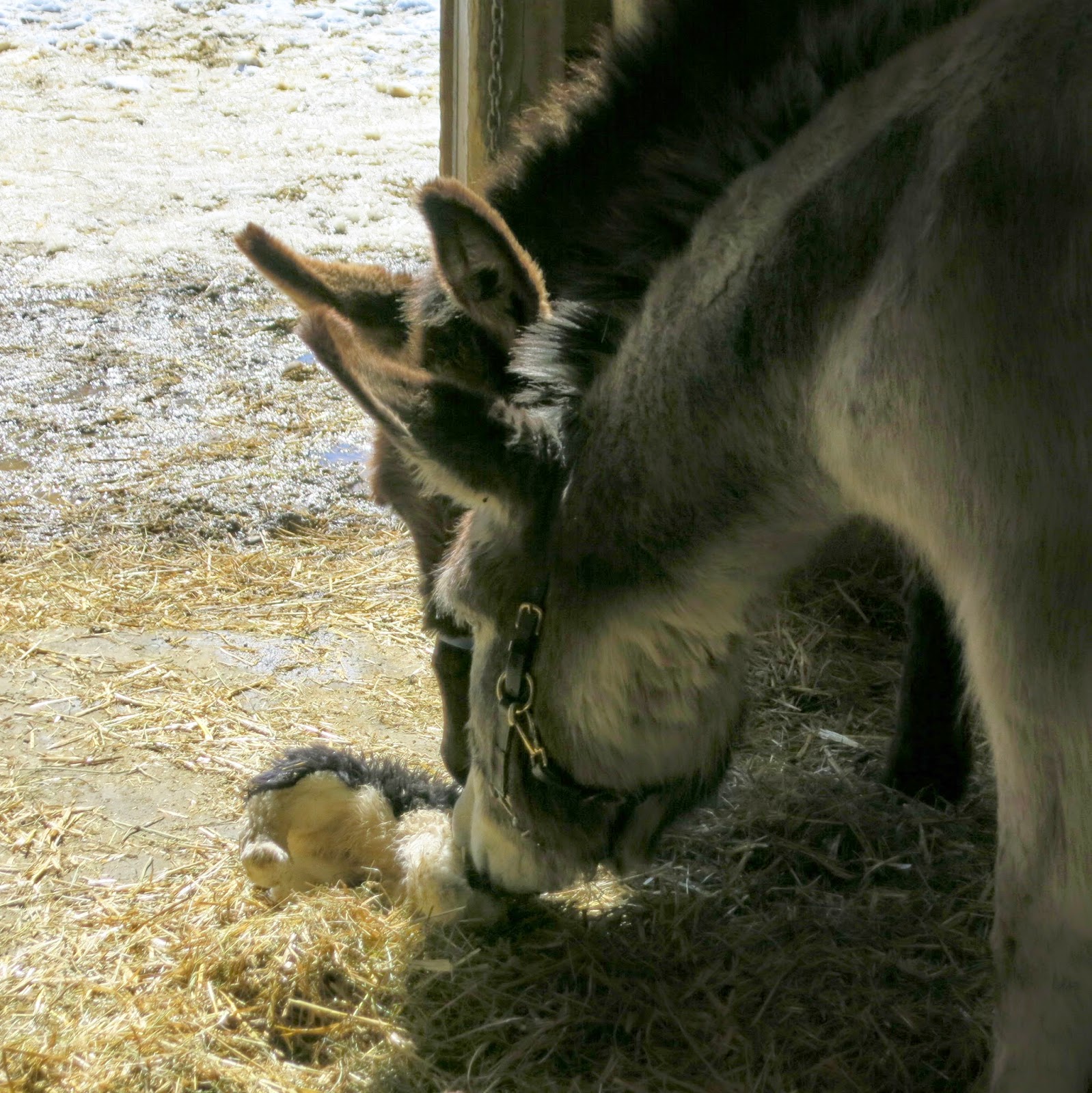 Thier reaction to poor, little Teddy here was very different.  They examined it from every angle, nuzzled it, tugged very gently on the fur, nudged it very softly, Emma touched it ever so lightly with her hoof, but they never put thier teeth on it. 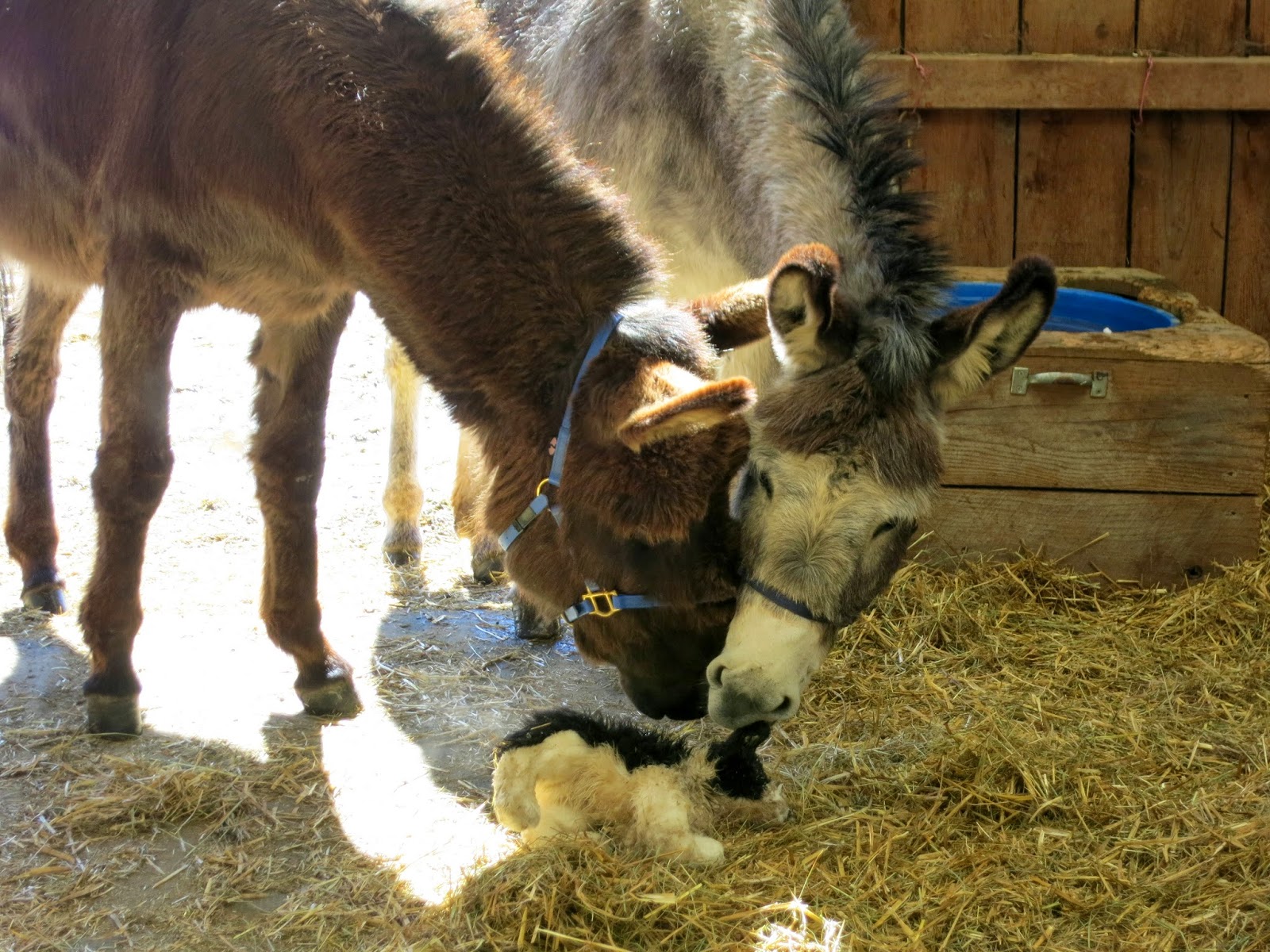 They never tried to pick it up or play with it.  After nearly thirty minutes of intense scrutiny, they finally lost interest and left it.  However, it never became a mere object, they were careful with it and around it.  No hooves ever came near it.

Tessa saw it, but never even looked twice at it.

Donkeys seem to rely on scent nearly as much as dogs do, much more than horses do.  This was a real puzzle for the donkeys and I'm not sure what they decided about it other than to treat it carefully and with respect that they never give to inanimate objects.  I'm not sure why it appealed so strongly to Connor in the first place.

Border collies and donkeys have a lot in common. 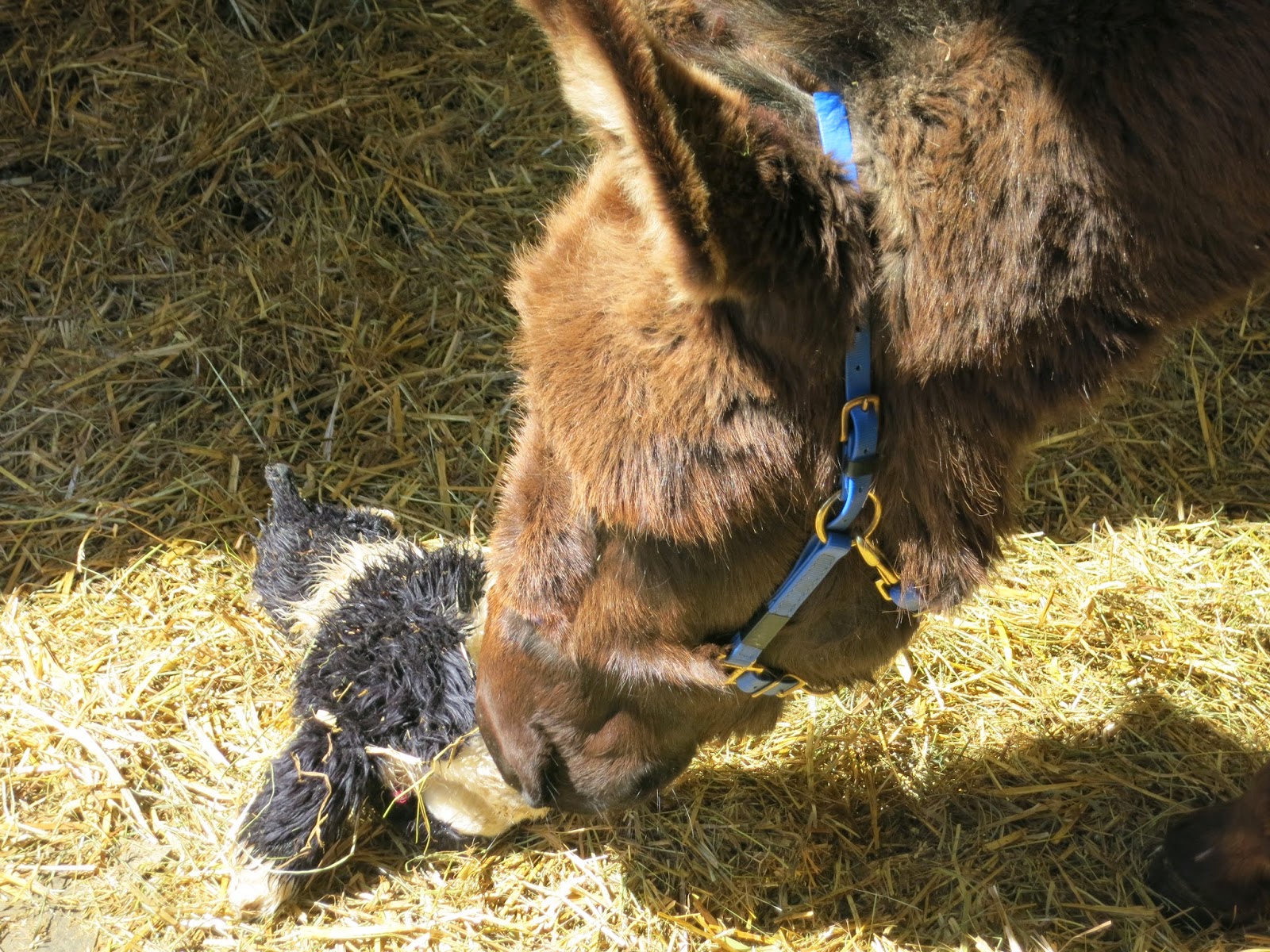 Posted by The Dancing Donkey at 12:54 AM