Everyone is a lot happier since I started treating them for Lyme disease.  It is most noticeable in Emma.  I can't say when she started not feeling well as none of my animals ever exhibited outward signs of illness.  You always hear about flu-like symptoms, fever, etc, but I never saw any of that. Neither did RB with her horse or any of the (many) other animals I know about.  The symptoms of Lyme that I have seen are very subtle and easily dismissed as something else.

In Emma, it was a gradual unwillingness to be touched and acting slightly withdrawn.  Emma loves a good scratching session, but slowly, she got to where she wanted no part of it.  It's a fairly common, but seldom mentioned  symptom of Lyme called hyperesthesia, which is defined as:

An abnormal or pathological increase in sensitivity to sensory stimuli, as of the skin to touch or the ear to sound. Also called oxyesthesia.

That about sums it up.  Emma went from being sweet and cuddly to stand-offish and grumpy.  It was easy to dismiss at first because of the cold (donkeys often don't like to be touched when it is cold or wet, I think it messes up their thermoregulation).   I knew there was something wrong, but it was so nebulous and incremental that I didn't see how bad it had gotten until I put her on antibiotics for the rash she developed and suddenly, just like that, she was once again her sweet, cuddly self sidling up next to me and pointing at the itchy spots.

That rash itself was an oddity that made warning bells go off in my mind.  Getting a staph infection out of the blue just because of a bug bite is the kind of thing you typically see only if the immune system is compromised.  Why would a young, healthy, well cared for donkey get a staph infection in the middle of winter?

In Ramsey, I saw a subtle, shifting discomfort.  Not outright lameness, never a clear sign of pain that I could point at and say "there, that is the problem".  Rather, it was a general, body-wide achy-ness that I saw in an unwillingness to pick up his feet, frequent shifting of weight and mild grumpiness.

With Tessa, I only really see the signs now that they are gone.  She had been spookier than normal of late, which is not like her.  She didn't enjoy grooming. There were several occasions where she didn't want to let me catch her. At the time, I was just annoyed and baffled.  One of her faults is that she tends crowd and intrude on my personal space and yet I couldn't catch her? She too was mildly grumpy.

That slight grumpiness is the only common symptom I saw and all of these things were very small, vague and subjective.  They were easy to put off on the horrible weather, lack of exercise, etc.  The most notable "symptom" was that I went out to the barn each day and saw that my herd was not content anymore.  It's not easy to convince a vet that there is something wrong because, "my animals aren't happy anymore".

Many vets don't even bother to treat Lyme in horses or dogs unless the animal has a notable fever or obvious, flu-like symptoms.  I've heard some of them say that nearly all the dogs and horses test positive, but they don't have symptoms so why bother to treat it.  I think the symptoms are just so individual and nebulous that they are often overlooked or dismissed as behavior issues or age related problems.  It makes me wonder just how many sick animals are really out there going from trainer to trainer trying to "fix" their behavior problems.  How many ten year old dogs or twenty year old horses have just been written off as being too old?  How many of those horses end up at the auction because they have a "bad attitude"?

I'm just glad that mine are doing well with treatment so far.  The first week was pretty rough as they all had some GI upset and weren't feeling great because of the medicine, but they are all doing better now.  That air of contentment that had been so lacking in the barn has returned and everyone is eager to be scratched and hugged once again.  I'm still trying to figure out how to keep it that way. 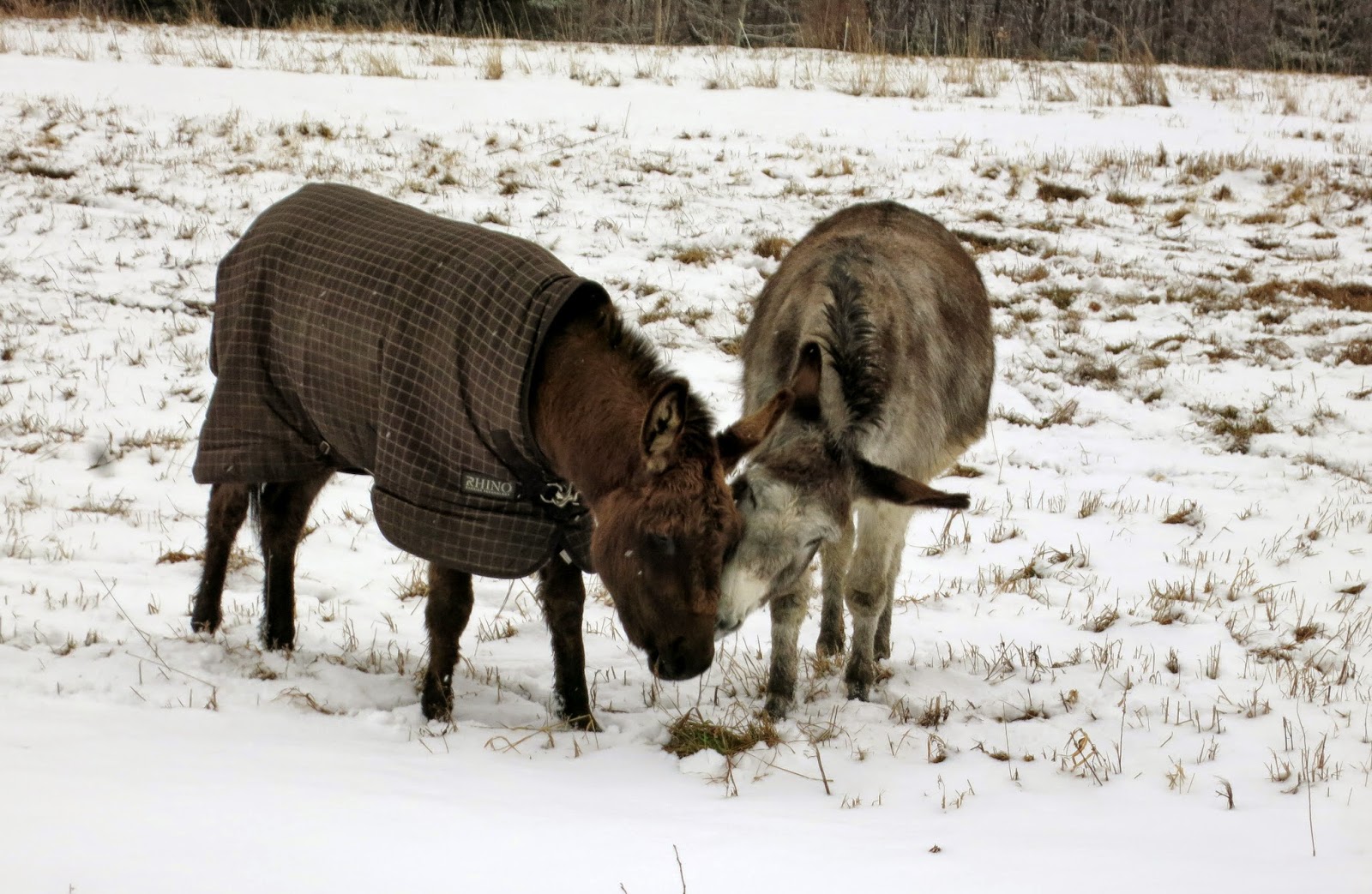 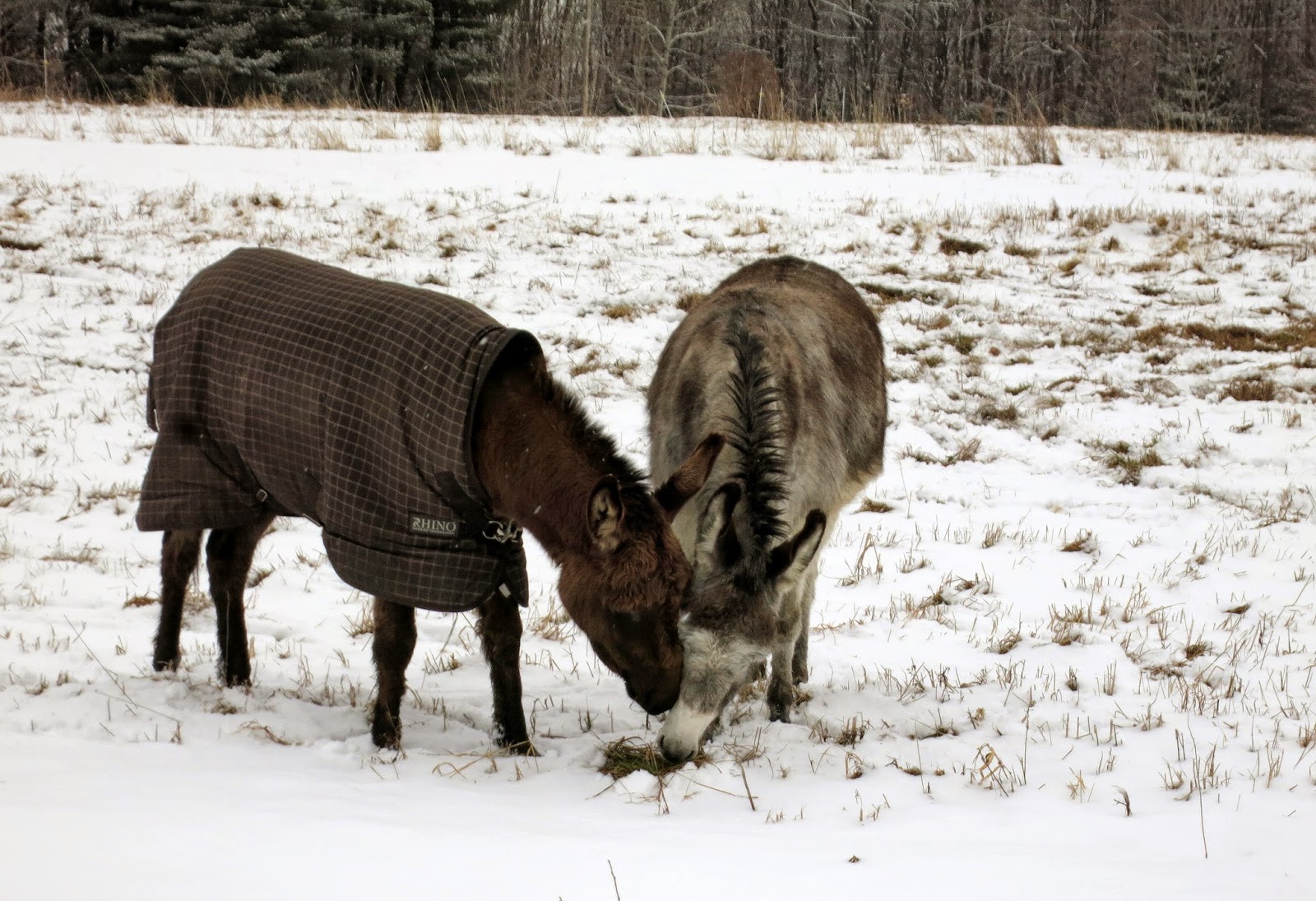 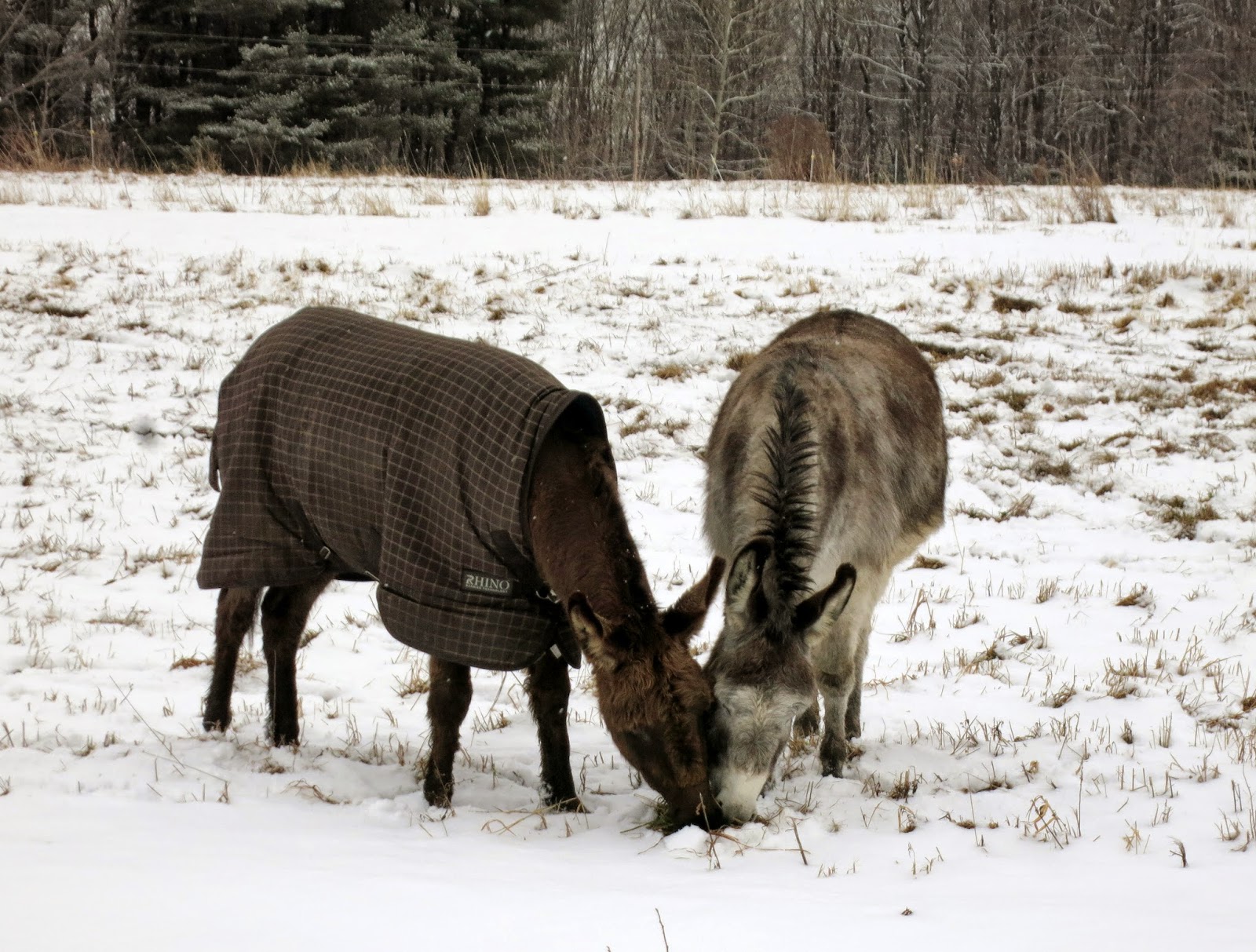 Posted by The Dancing Donkey at 1:46 AM