The only thing useful about this heatwave is that, for the first time this year, the ground has dried out. I took advantage of this and had a load of gravel delivered to combat the never ending war on mud. 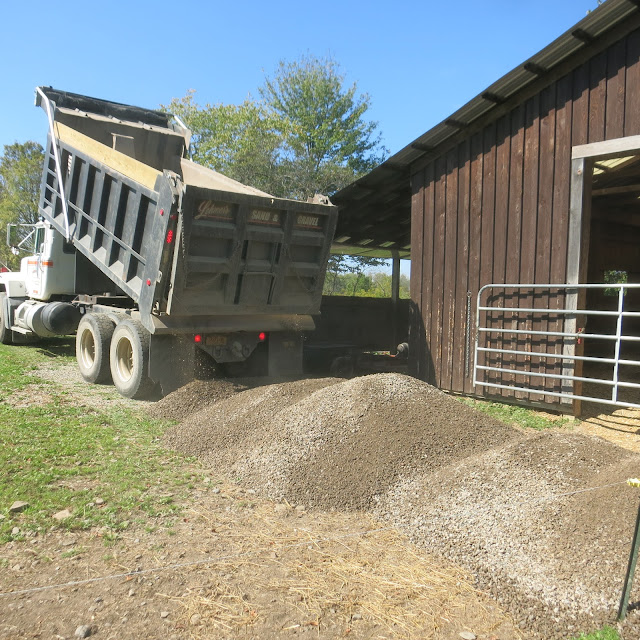 Usually, the driver can do a fairly decent job of spreading the load, but this guy couldn't grasp the complexities of driving forward while dumping the load.  Given the fumes coming off of him, I suspect he drinks most of his meals.

That left me with several small mountains of gravel that will be tons of fun spreading around, at least, the donkeys think so. 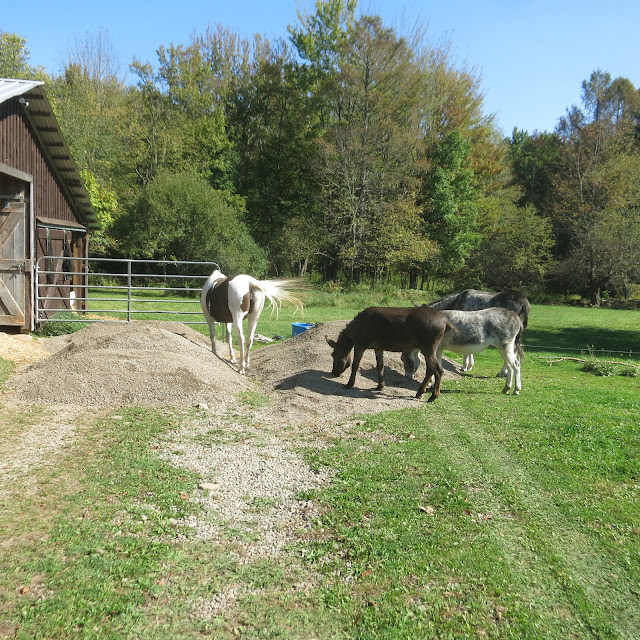 They are quite intrigued by this new playground equipment I brought in for them. 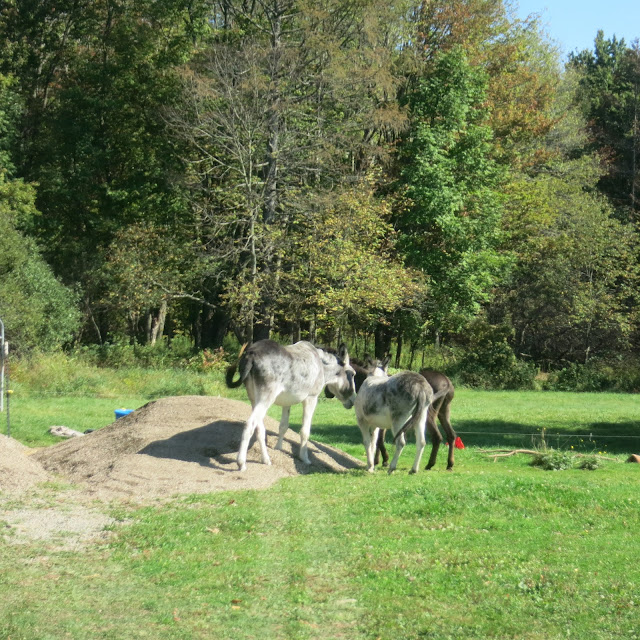 Tessa had a look and then headed straight back to the fan.  I can't say as I blame her, the temps in front of the barn have reached the triple digits today. 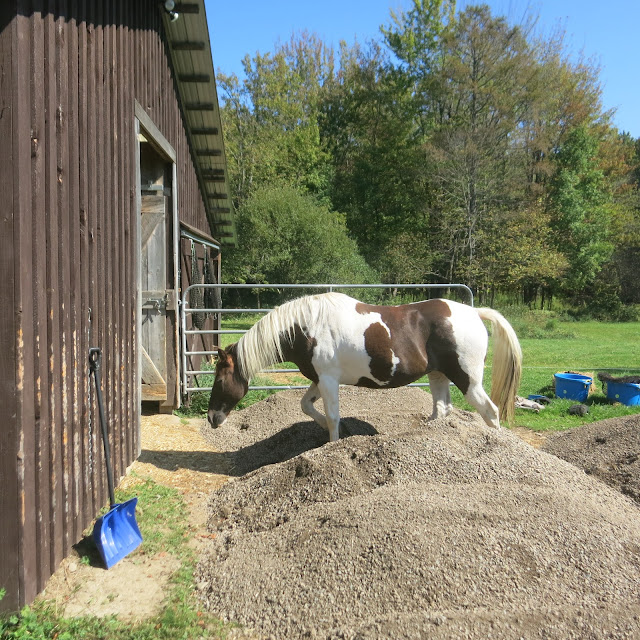 After running around moving fences for the truck, shoveling just enough to at least be able to open the gate and helping FB move some hay, my brain was approaching the boiling point and jumping in the pond was nearing the level of absolute necessity rather than luxury. 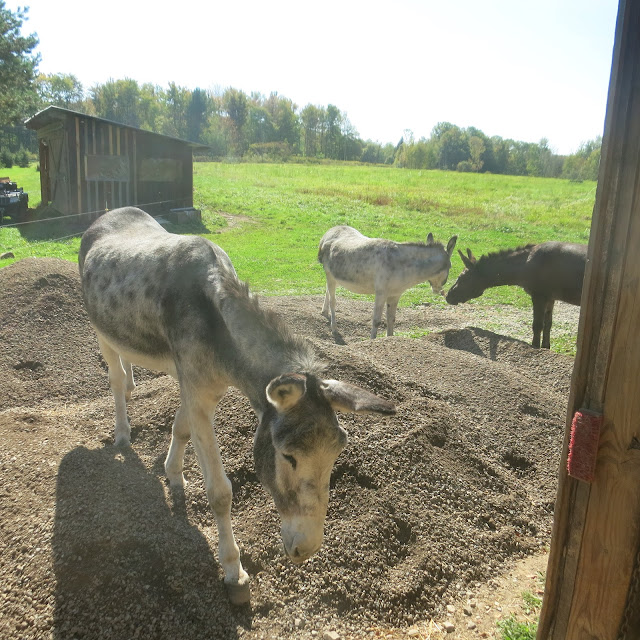 I told the donkeys to have fun and spread to their heart's content and left them to it. 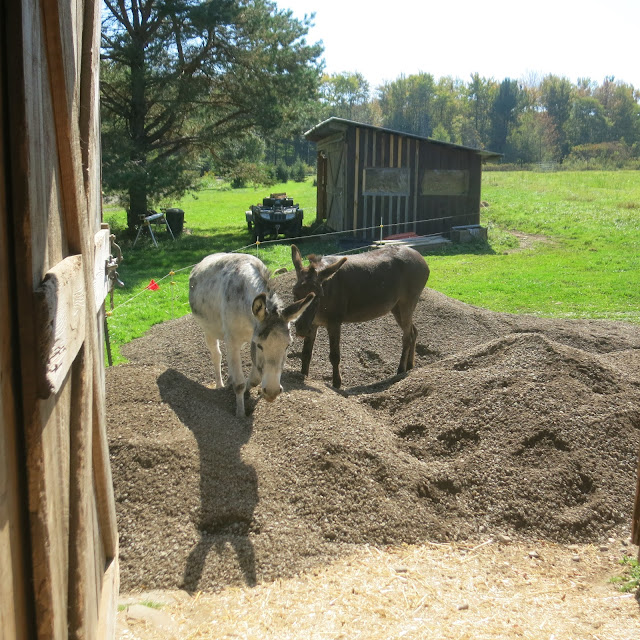 I'm glad I was able to get this gravel in here, but spreading it around is another job that is just going to have to wait for temperatures that are more friendly to redheads. 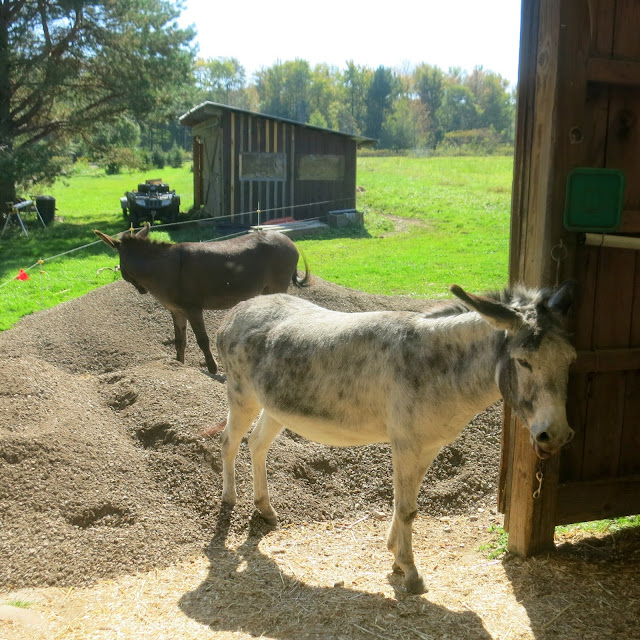 Posted by The Dancing Donkey at 12:01 AM