I had to go back to work last Monday and this corresponded with the onset of an unusual heatwave.  As a result, all progress on all projects came to a screeching halt.  I know it is nothing like the heat that the western states had this year, but just a few weeks ago, we had spotty patches of frost and I even broke down and started the wood stove a couple of times.  Now it is in the 90's and the normally welcome intensity of the Fall sun feels like an incinerator.

The next step in my building project is to put the roof on and that is no place for middle-aged, overweight, redhead during a heat wave.  I decided that now would be the proper time to tackle the weeds in the pond instead - if I manage to find the time.  The fish were supposed to control the water weeds, but the darned ingrates up and died (again) this Spring so, as usual, the job falls to me.

(It was a different set of fish - they didn't resurrect themselves only to die a second time.  That, at least would have been interesting rather than just depressing.)

It is OK though, (the job part, not the dead fish part) because I find pulling water weeds to be an oddly satisfying and pleasant job.  And hey, I don't have to worry about upsetting the fish so there's that.

The only difficulty with water-weeding is in the fact that the water in my pond is SOOoooo shockingly cold that it can only be done during the absolute hottest of weather.  The next three days should be just about right.

The equines, who are already getting fuzzy for winter, have been hiding in the barn in front of the fan all day and only venturing out for the occasional donkey roast.  This involves a slow, methodical wallow in the dust baths before returning to the barn to find a wall to lean on in the full blaze of the sun. 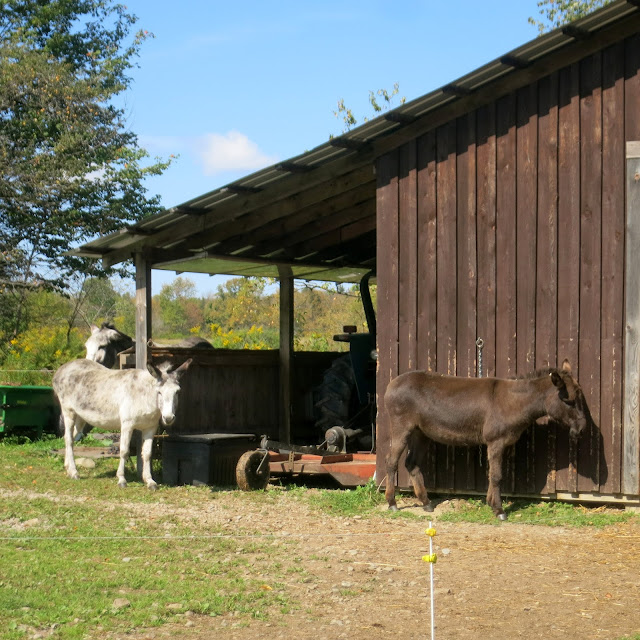 Once heated to proper roasting temperatures, which is almost too hot to touch in Ramsey's case, they all head back into the barn and refuse to budge until the sun goes down.  Tessa watches all this, with bewildered confusion, from the window in front of the fan.  There is no accounting for the roasting practices of donkeys. 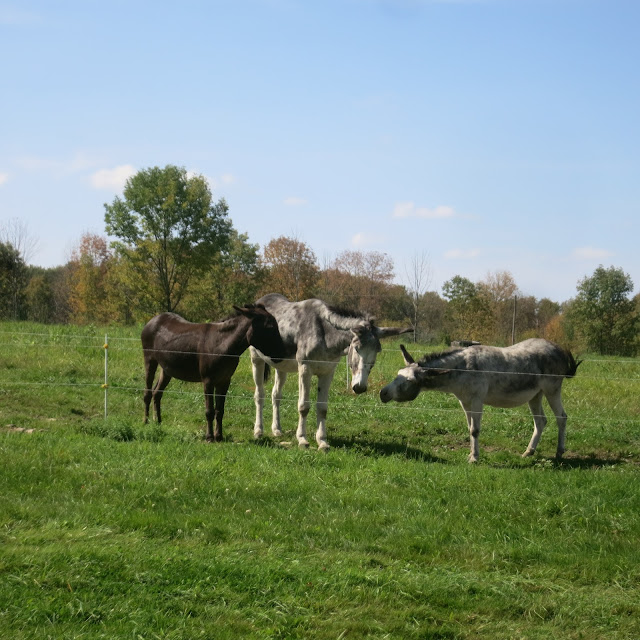 Posted by The Dancing Donkey at 10:51 PM