After all the trouble we have had with Lyme disease, both Riding Buddy and I decided to get some guineas to help control ticks and then Farm Buddy opted in as well.  They are not easy to find around here so we decided to order babies and raise them up.  Since I don't have a good place to raise babies and Farm Buddy has had a lot of fox trouble (which is what Bess is for, that, and hugging apparently), Riding Buddy got the job.  They are about two months old now and have been patrolling her property. 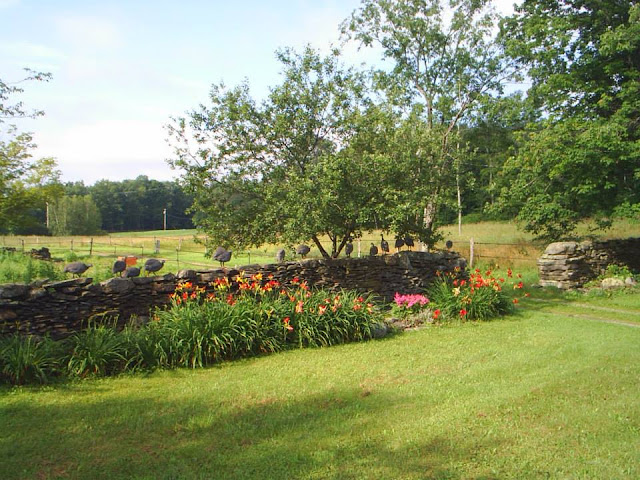 They are interesting creatures, distantly related to turkeys and entirely different from chickens. 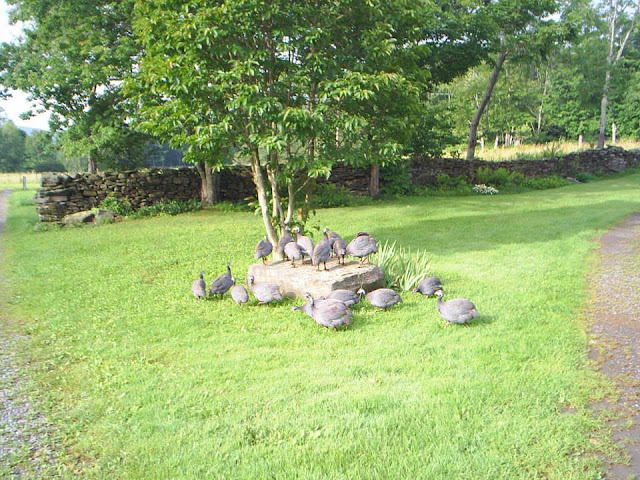 Guineas are highly social and tend to stay in tight family groups. They move around as a single unit, much like a school of fish.  Guineas are much less domesticated than chickens and are far more reactive to perceived threats - like several people ganging up on them in the dark of night trying to catch them so some of them can go to new homes. 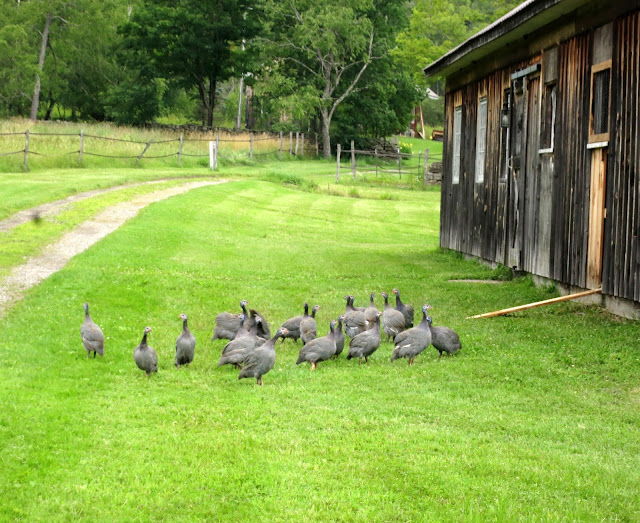 Chickens are easy to catch if you wait till dark when they are asleep, you just creep in and pick them up.  They might make some sleepy little chirping noises, but, if you are careful, that's all.  So, late last night we all met at RBs place, cages in hand.  FB was confident that she could march in and pluck those guineas off their roosts with no trouble.  I have never owned guineas, but I was around them a bit when I was young, and I was not so sure.

Flashlight in hand, Farm Buddy crept quietly into the dark stall where the guineas were sleeping, sidled up to the first bird and picked it up, carefully but firmly, just the way you would a sleepy chicken.

It's odd really, the noise that 20 freaked out guineas make could only be rivaled be the overly dramatic shrieking squeals of a pissed off pig.   If piglets could fly, they would be guinea hens.   Who knew?

Once the the initial panic wore off and the noise subsided to merely loud rather than deafening, all the guineas turned back into a single unit and huddled in a corner, no doubt convinced that the jaws of death were going to descend on whichever poor sucker got stuck on the outside of the huddle.

We decided to change our tactics.  We found a towel and I quietly approached the huddle (Farm Buddy having opted for the better part of valor at this point) with just enough light peeking from the flashlight so that I didn't step on anyone.  I gently laid the towel over one of the birds and, just like that, it was calm and still as a statue.  The towel didn't even have to cover their eyes, just being "hidden" under it brought instant calm.  I picked the towel-covered guinea up and put it in the cage without a peep.

We learned quite a lot from this little venture.  Not only has the true origins of the myth about flying pigs been revealed, but, we discovered that Alladin's magic carpet (at least in relation to guinea hens) is, in fact, a bath towel.

In the end, we had one escapee (who was reunited with the flock this morning), seven birds went to Farm Buddy's, five came here and the remaining eight stayed at RBs. 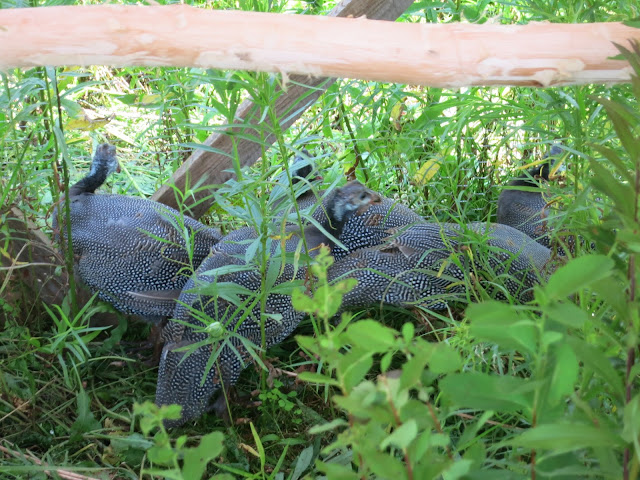 They seem fairly content just as long as I don't try to go in there with them.  Then, they lose their group mind, scream bloody murder and dart about franticly.  They really do have a lot in common with pigs. 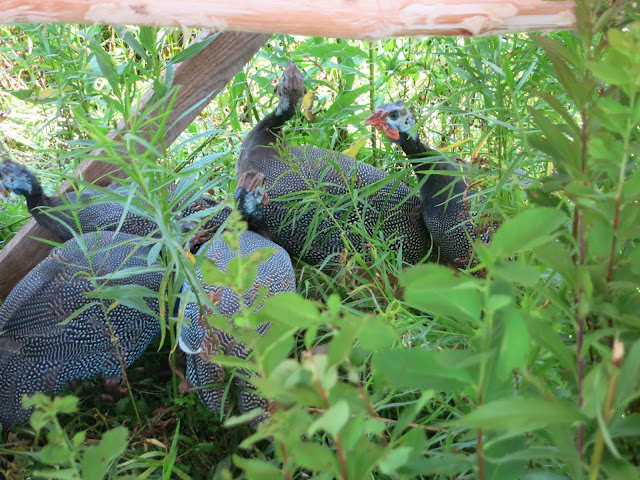 Posted by The Dancing Donkey at 12:32 AM