Several people have wondered about Connor and his teddy.  What can I say? 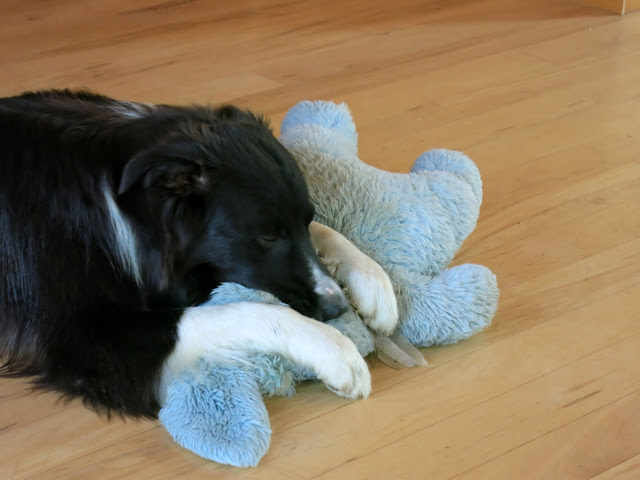 Connor is one of the more interesting dogs I've known.  He is all wild enthusiasm, exuberance and nearly manic energy.  He is ultra high octane (even more than most Border Collies) and beneath that fluffy coat, he is nothing but whipcord and muscle.  Connor has a very different relationship with gravity than the rest of us mere mortals.

He is also fiercely intelligent and under all of that kinetic energy is a highly sensitive and somewhat fragile soul.  Given a job to do, all that energy, enthusiasm and intelligence come together into a quiet, focused powerhouse.  I think he could be an exceptional stock dog if he was allowed to develop his skills and focus his energy without scaring him.  Not much frightens Connor, but once he does get scared of something, there is no changing it.  You don't get any second chances with Connor.

Like any mortal creature though, even Connor needs a certain amount of rest and downtime, but those are the things that come hardest to him.  This is where the blue rabbit comes in, hideous and grubby as it is despite regular washing. 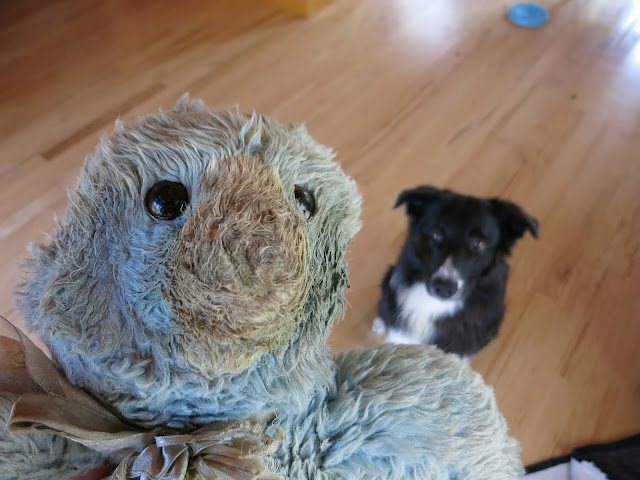 Connor has used his stuffed toys as a kind of surrogate right from the start and he began "nursing" on them the day I brought him home.   The blue bunny, which was a hand-me-down from a friend, is the one that has held up.  The nursing is clearly a self-soothing, somewhat compulsive behavior.  He puts his whole mouth over the teddy's face and sucks on it with all of his unquenchable enthusiasm,  sometimes for hours at a time.  He kneads it with his paws and goes into a kind of meditative trance and afterward, gravity wins for just a bit and he sleeps. 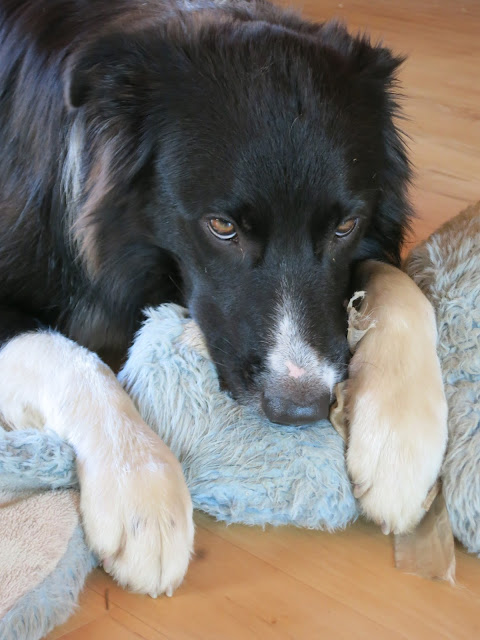 For all his meteoric energy, exuberance and drive, I often think that this is when you can see Connor's true personality the clearest. 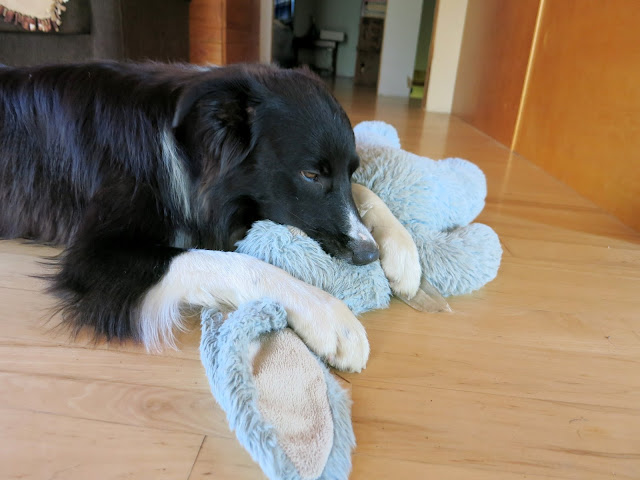 Email ThisBlogThis!Share to TwitterShare to FacebookShare to Pinterest
Labels: Connor