Maremmas Here, There and Everywhere

For those of you who have followed the saga of the Maremma puppies, I thought you'd like to know that all of the pups got great homes on small farms throughout the Northeast.  They all went to homes that have acreage, a human who loves them and a real job to do.

There is Bess of course, who Farm Buddy kept. 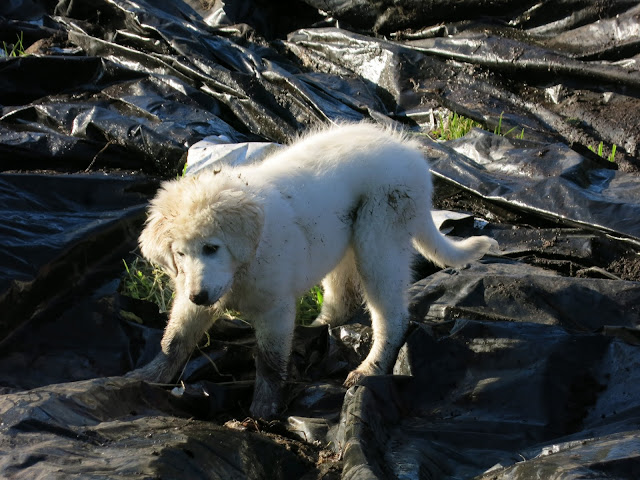 She is super sweet and she and Connor are absolute BFF's.  He stays over there every night when I go to work and the two of them play and play and play.  They both miss each other on the weekends when I have the audacity to not go to work. 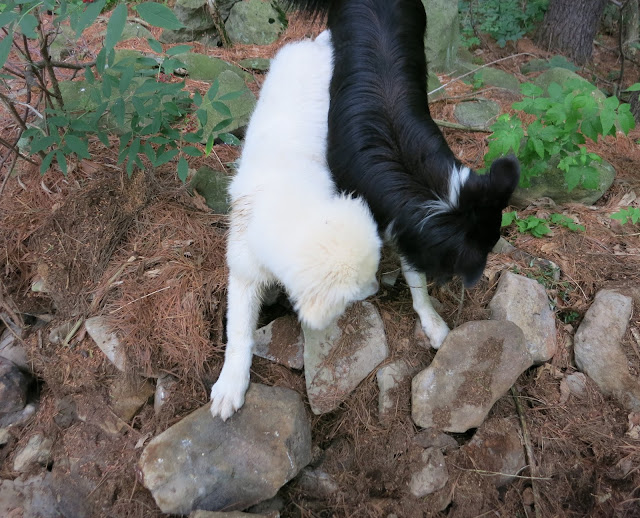 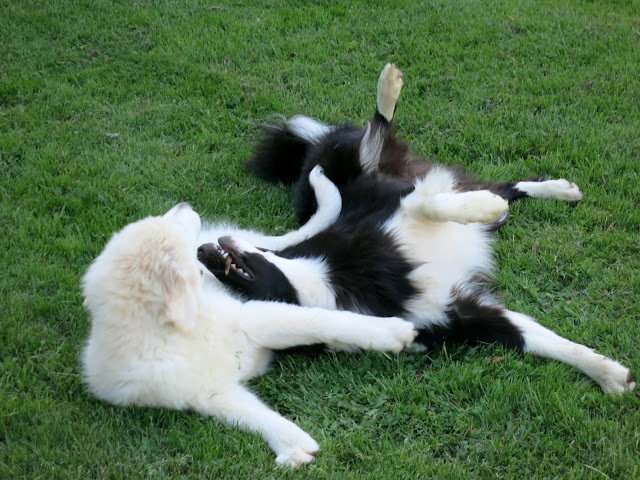 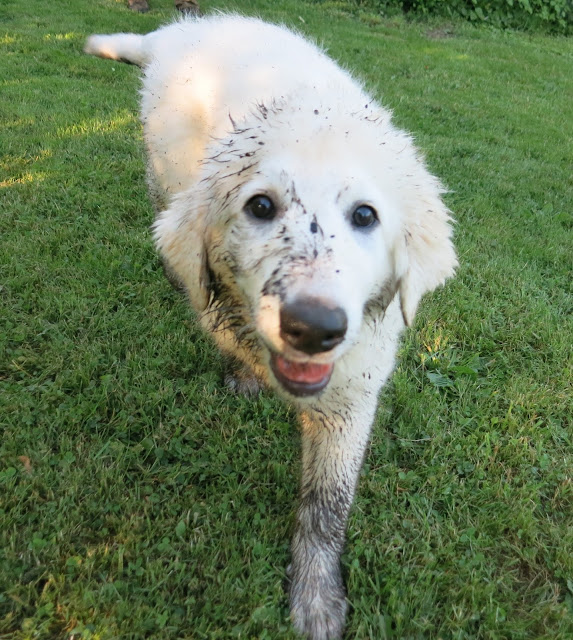 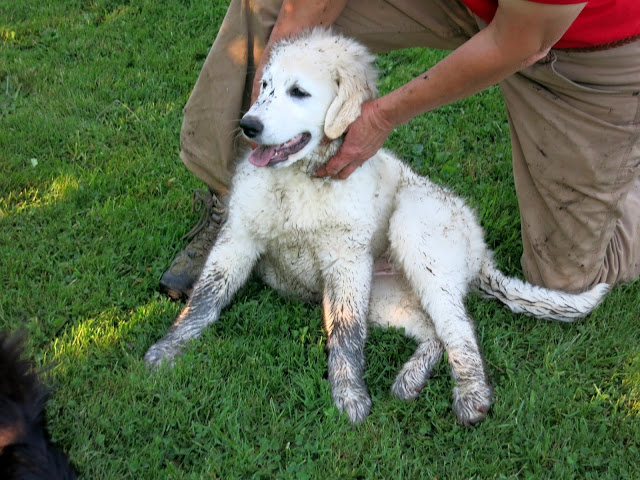 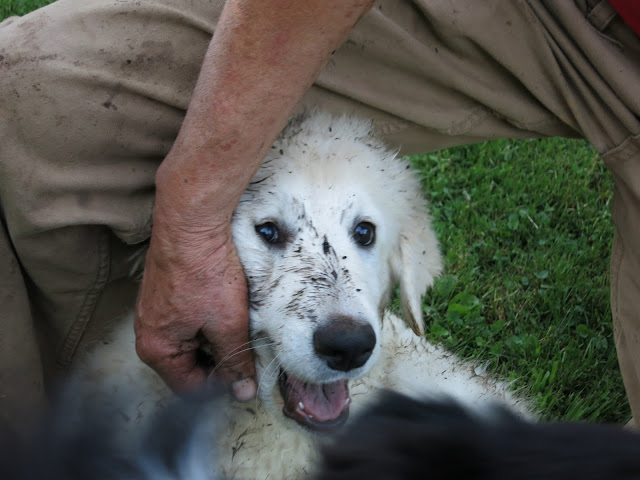 Riding Buddy also kept one of the puppies, Maggie.  The owner of the pups was giving up his farm and relocating and, after much agonizing, he decided to let RB keep the mother of the puppies as well.  Her name is Rinatta and she and RB have become best friends. 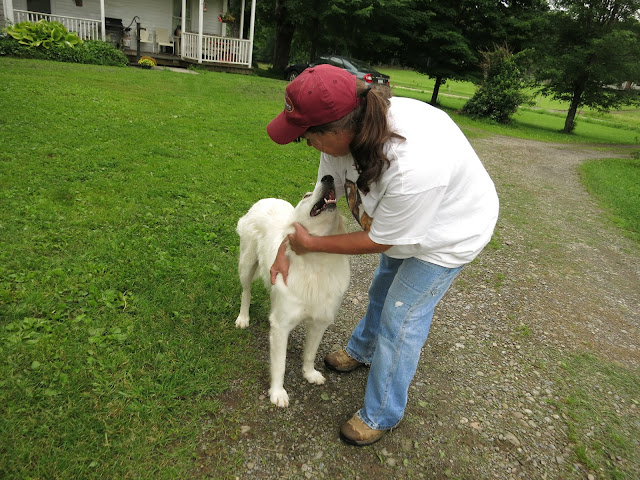 That is Rinatta on the left and Maggie on the right.... 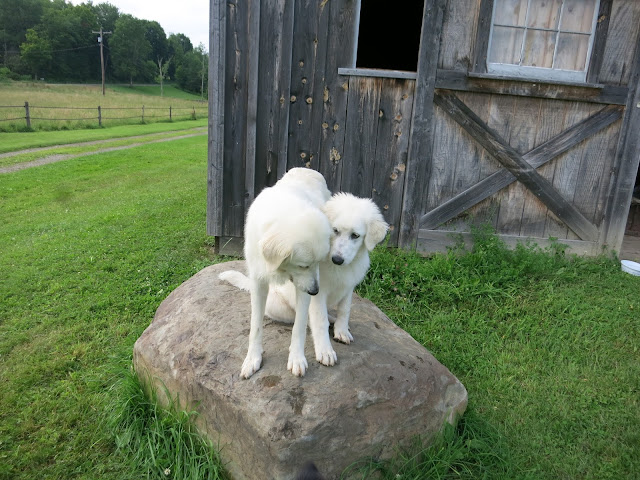 They get along really well with Connor as well.  Actually, I think my baby shark would like to be adopted, he still wants a mom.  It's a good thing he can move fast though, that Maggie is already almost as big as he is and she plays rough. 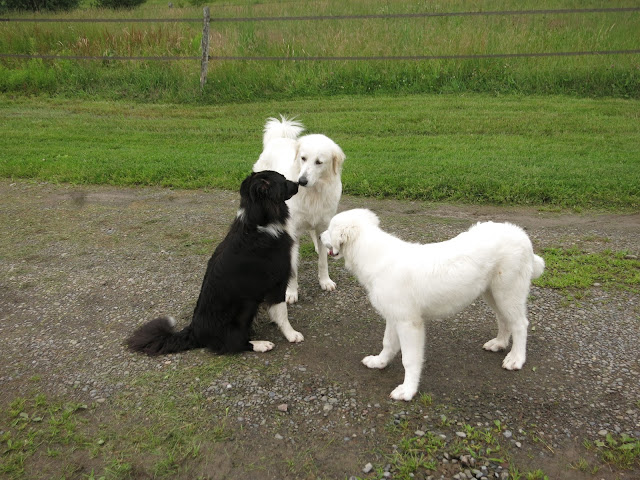 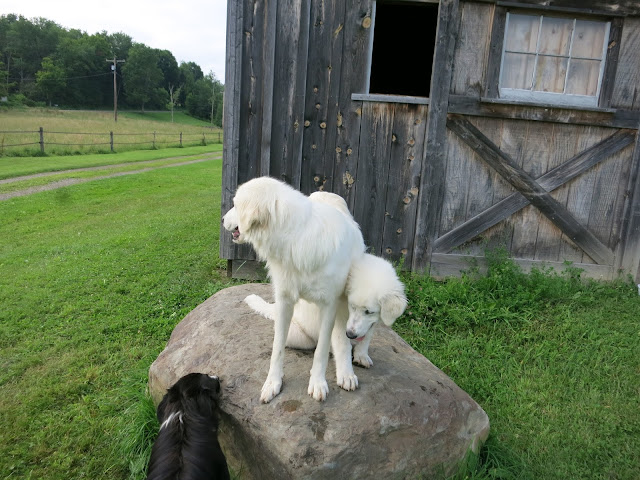 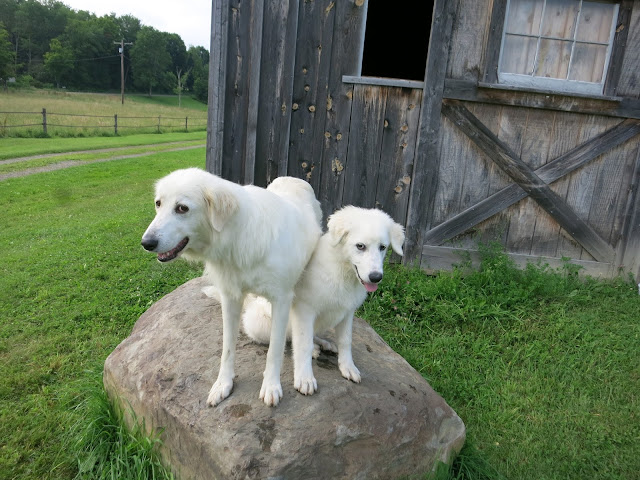 Two hours of hard playing and hoof trimming takes them down a peg though. 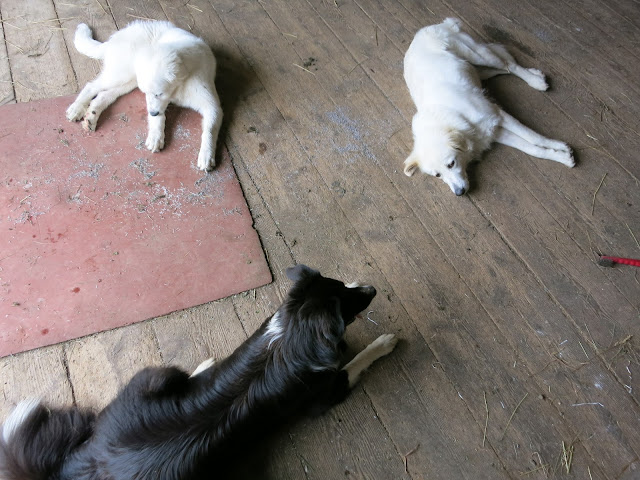 If you recall, in addition to the litter of 11 puppies, there was also a six month old puppy from a previous litter who needed a home after his first home backed out.  He found a great place about 40 minutes form here on a sheep farm.  He takes time out from his job guarding sheep every day to hang with his new buddies.  This mountain of a dog is named Lorenzo or just Enzo. 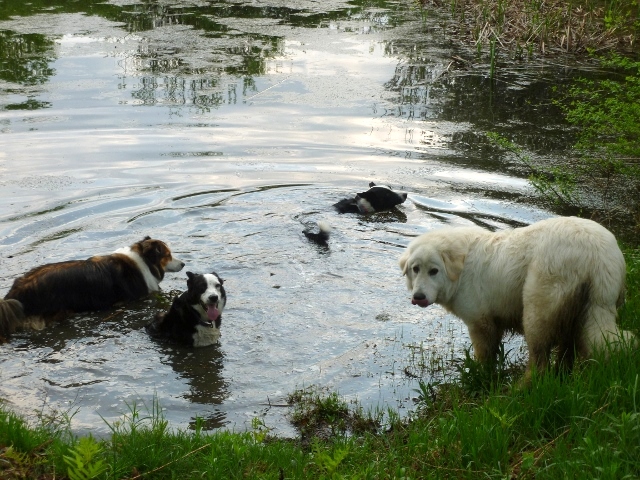 It's such hard work being a guard dog. 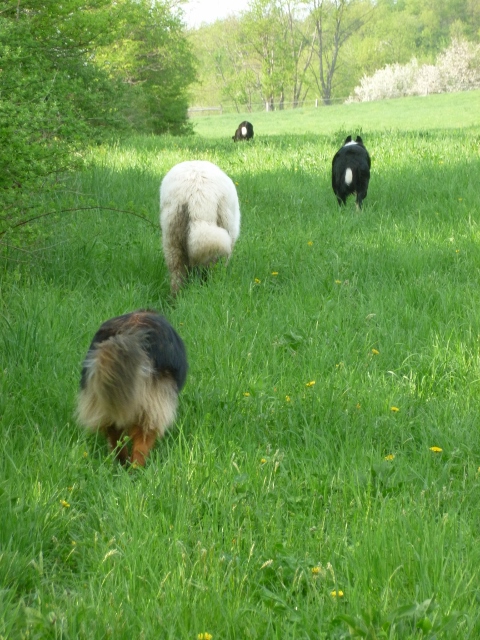 On the job...That is Enzo's custom-made, mobile command unit in the background, complete with porch. 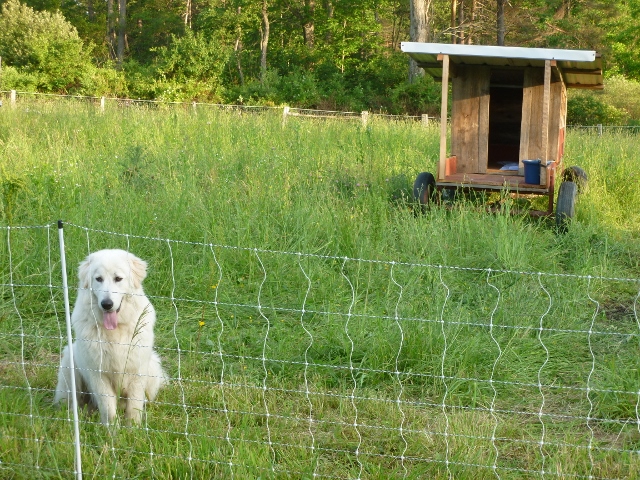 This pup, in the back, went all the way to Canada.  He is called Sloan and joins Rosie, helping to keep all of Canada safe.  A little bit of it at least. 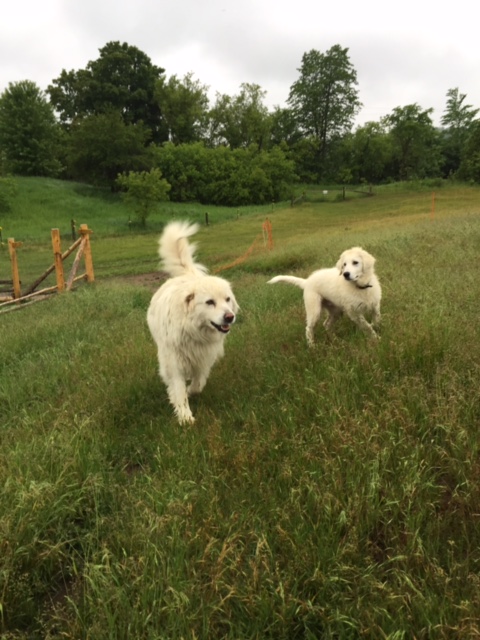 These are all really nice, good tempered dogs.  They are excellent with the livestock as well as other dogs.  They have all of the protective drive that good guardians needs, but they are also sweet as a sunrise.  We are all very pleased that this entire Maremma clan went to good homes where they get to live as they are meant to, with love, companionship, exercise and a meaningful job.  If only we could all be so lucky.
Posted by The Dancing Donkey at 12:36 AM