The little white plant everyone asked about is called Indian Pipe, Ghost Plant or Corpse Plant, a name I've never been very fond of.  This is actually a fascinating, complex plant that is completely lacking In chlorophyll, the stuff that makes plants green.  Because of this, it can't make energy from sunlight like most plants do.  It is considered to be a parasitic plant that gets it's energy from a type of fungus which lives in a symbiotic relationship with tree roots, usually pine or beech.

That fungus attaches itself to the tree roots and gets its nutrients from the tree.  In return, it helps the tree fix nutrients out of the soil and absorb moisture.  Without it, pine trees would never get to be more than a few feet tall.  The Indian pipes grow out of the juncture of the fungus and the tree root and feed off of both or off of their decaying remains.

They are fairly scarce, but I always find at least a few each year.  They grow in the woods, in areas of very deep shade.  They aren't entirely without color though, the stems sometimes show a faint pink hue and the inside of the flower has pink and yellow dots.  The blooms are small, fragile and very short lived, although the plants are perennial.  If you pick one they start to turn black almost immediately.

This plant makes me think about the nature of prarsites.  I think sometimes that our understanding of parasites is too one dimensional.  We think of them as horrible, grotesque thieves, but in general, parasites don't want to harm thier hosts and often provide benefits.  It's usually only when the relationship becomes unbalanced somehow, that they cause harm.  Our animals suffer from them because we keep them in crowded environments and the animals can't move away from infested areas.  Parasites generally cause the most harm when they end up in hosts they aren't meant to be in.

These plants don't seem to cause any harm, at least none that I can see.  While they certainly do steal nutrients, like any other parasite, they also draw in pollinators that would otherwise never venture into deeply shadowed woods.  There are so few of these plants and they are spread so far apart that it is hard to imagine that a bumblebee would be satisfied by such a scant meal.  What else might that bee polinate once it's been drawn in by the Indian pipe?  I haven't a clue, but it makes me wonder.  Do other parasites provide benefits that we just don't recognize?  These plants are few and far between, they certainly aren't killing off their host.  Perhaps they are more symbiotic than we can see.

What about other parasitic relationships?  If one of our animals collapses from heavy parasite burdens, it's fairly straight forward to figure out why.  Identifying what is out of balance in complex systems is a lot more difficult.  Often, we fail to recognize that a system even exists.

What system is out of balance that has allowed deer ticks to migrate into areas they never existed in before?   What used to keep them under control?  It's easy to see the big things...habitat changes/lose, increased deer population, changing weather, but what about the tiny things or things long gone.  Is there a correlation between the population of deer ticks and snow fleas?  Was it the migration of thousands of hungry Passenger Pigeons that kept them in check all those years ago and they have just taken this long to make it so far north? Did the Carolina Parakeet spread seeds from a fruit that shaded out the invasive barberry plants that came earlier and now shelter ticks?

What about the evidence that suggests that the lack of parasitism is linked to an increase in allergies and other autoimmune disorders?  Is the little Ghost Plant a nasty thief or is it an integral part of a healthy forest?  I don't know, I doubt anyone really does, but it is always these littlest of things, such as Ghost Plants and snow fleas, that make me marvel at the intricacies of the world and fear the changes we are forcing on it. 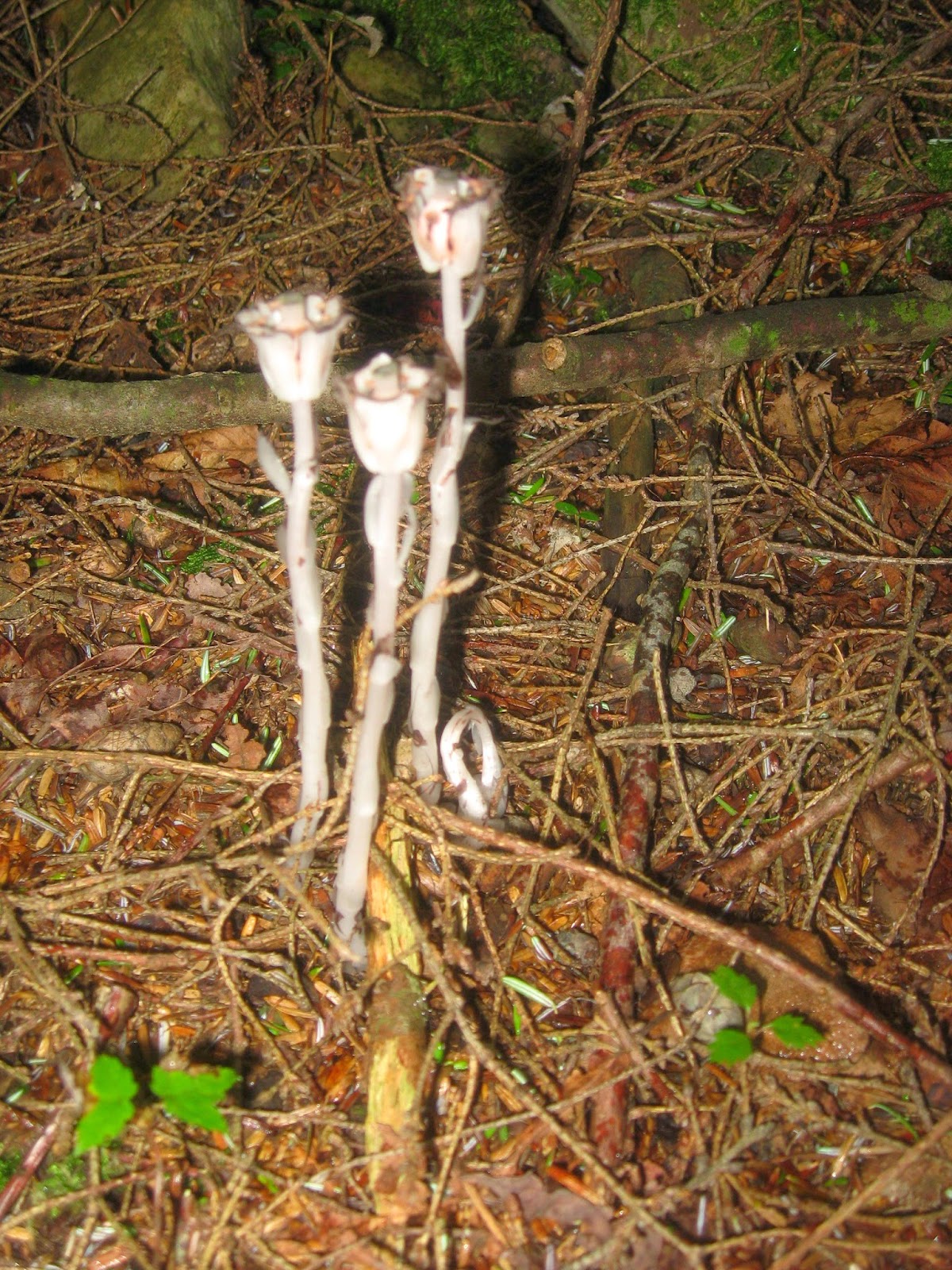 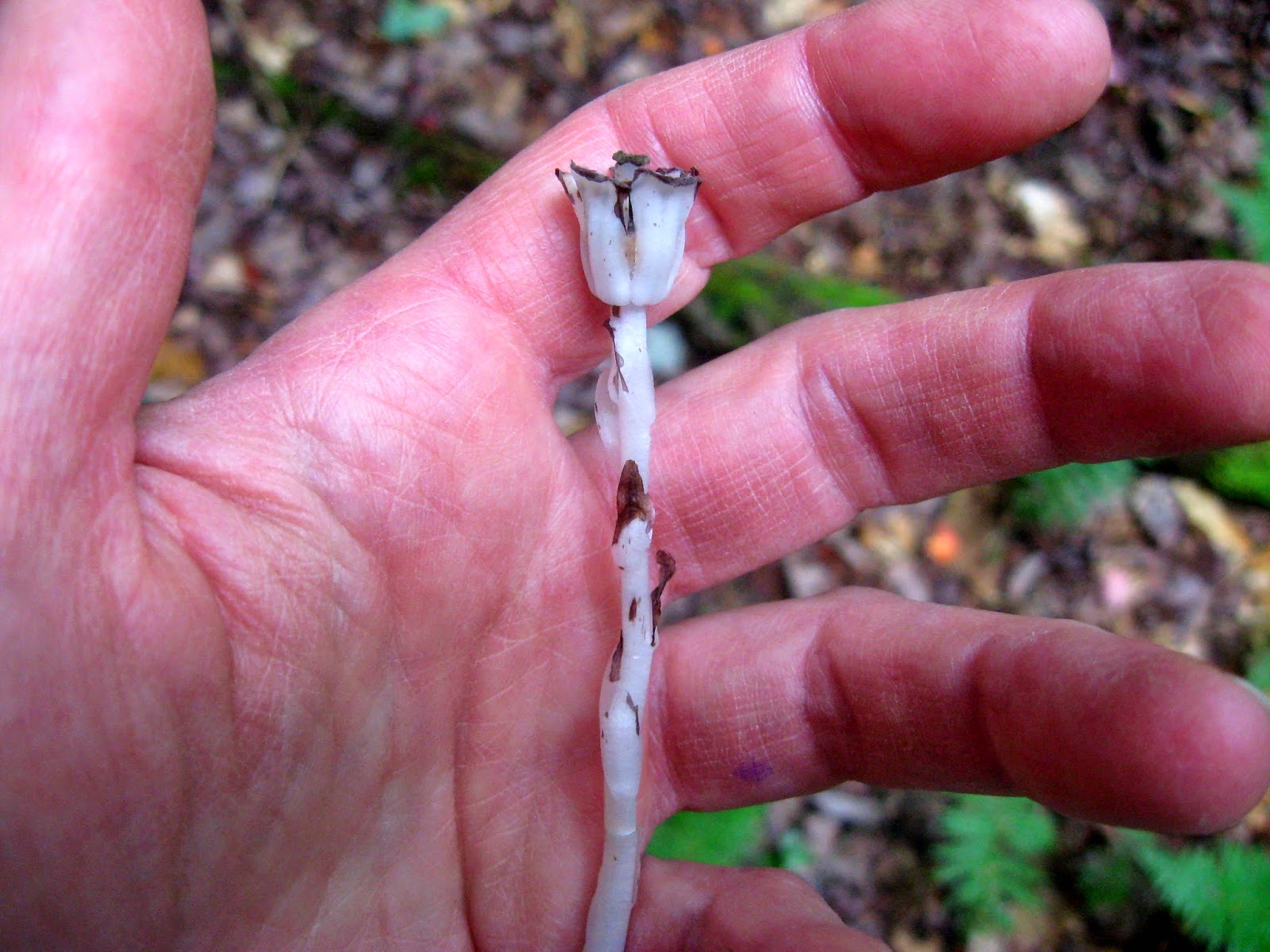 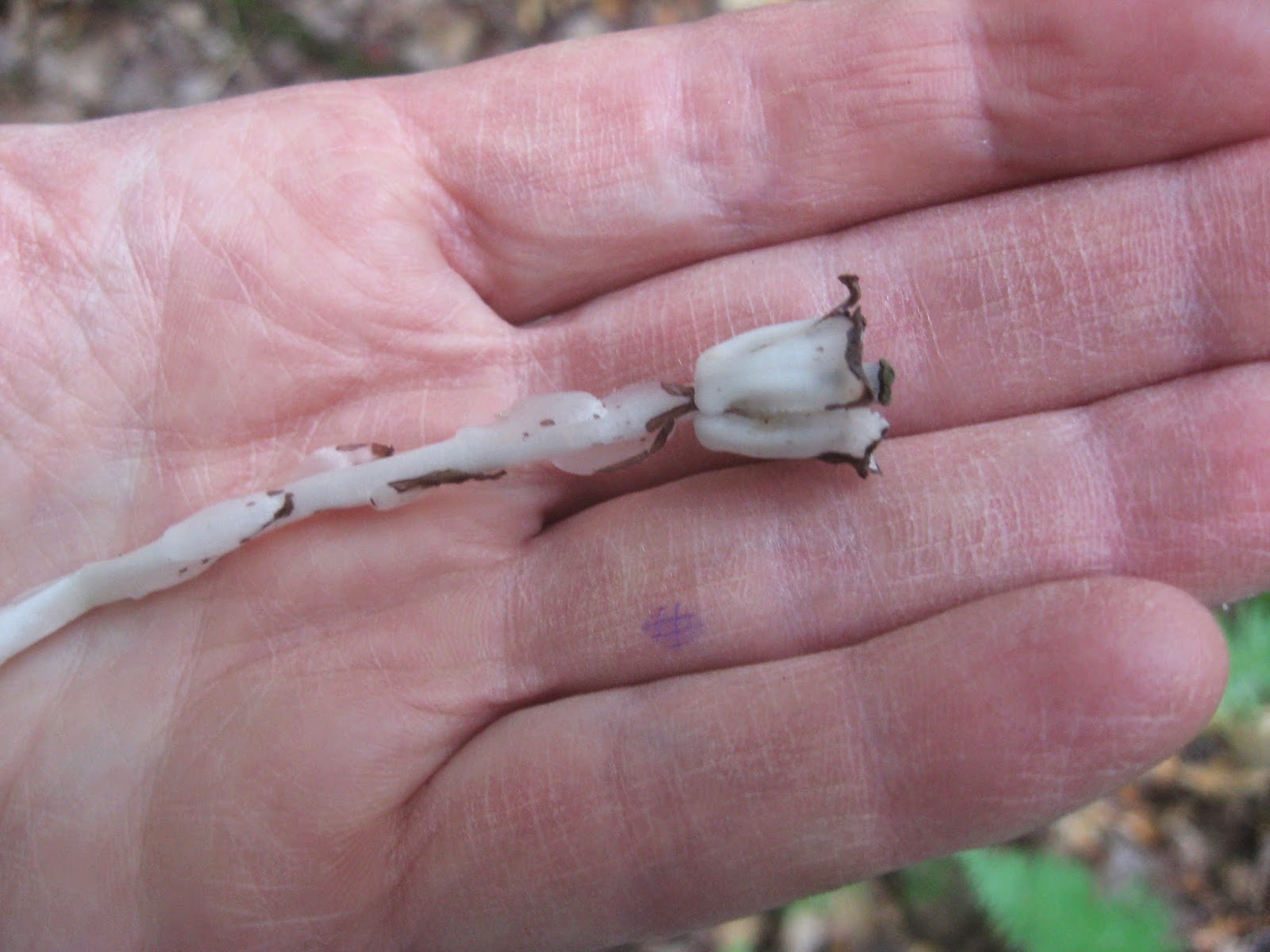 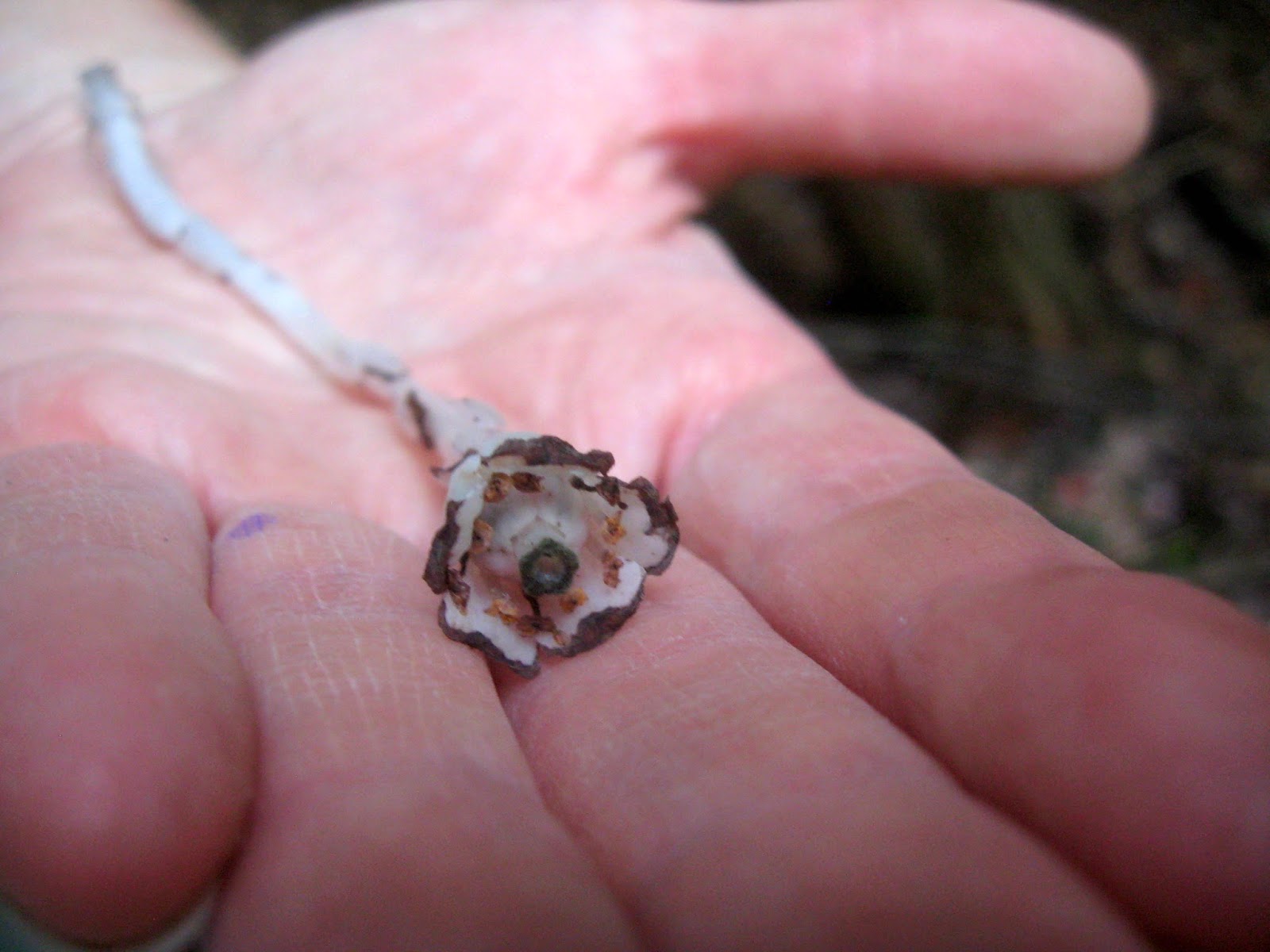 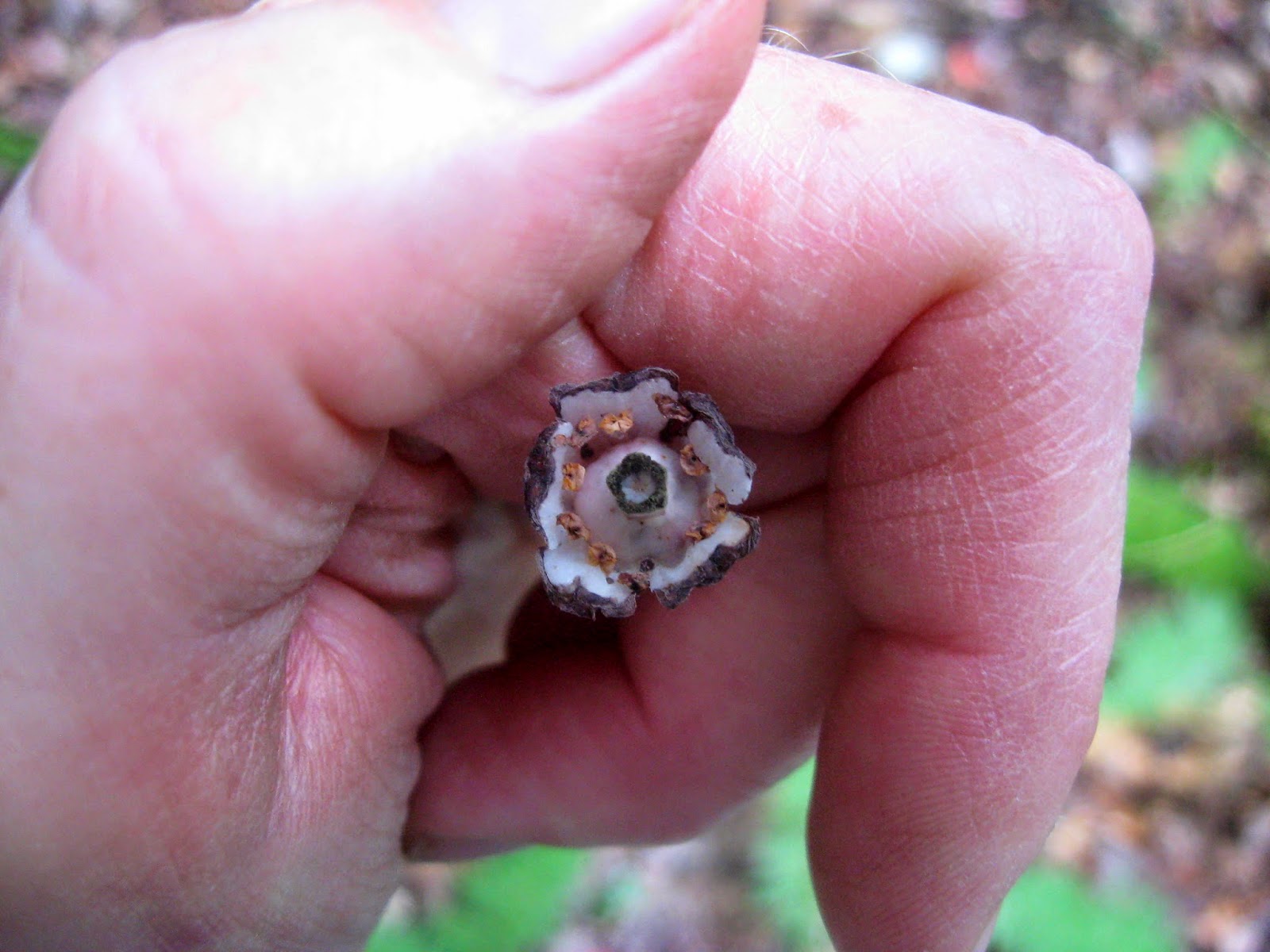 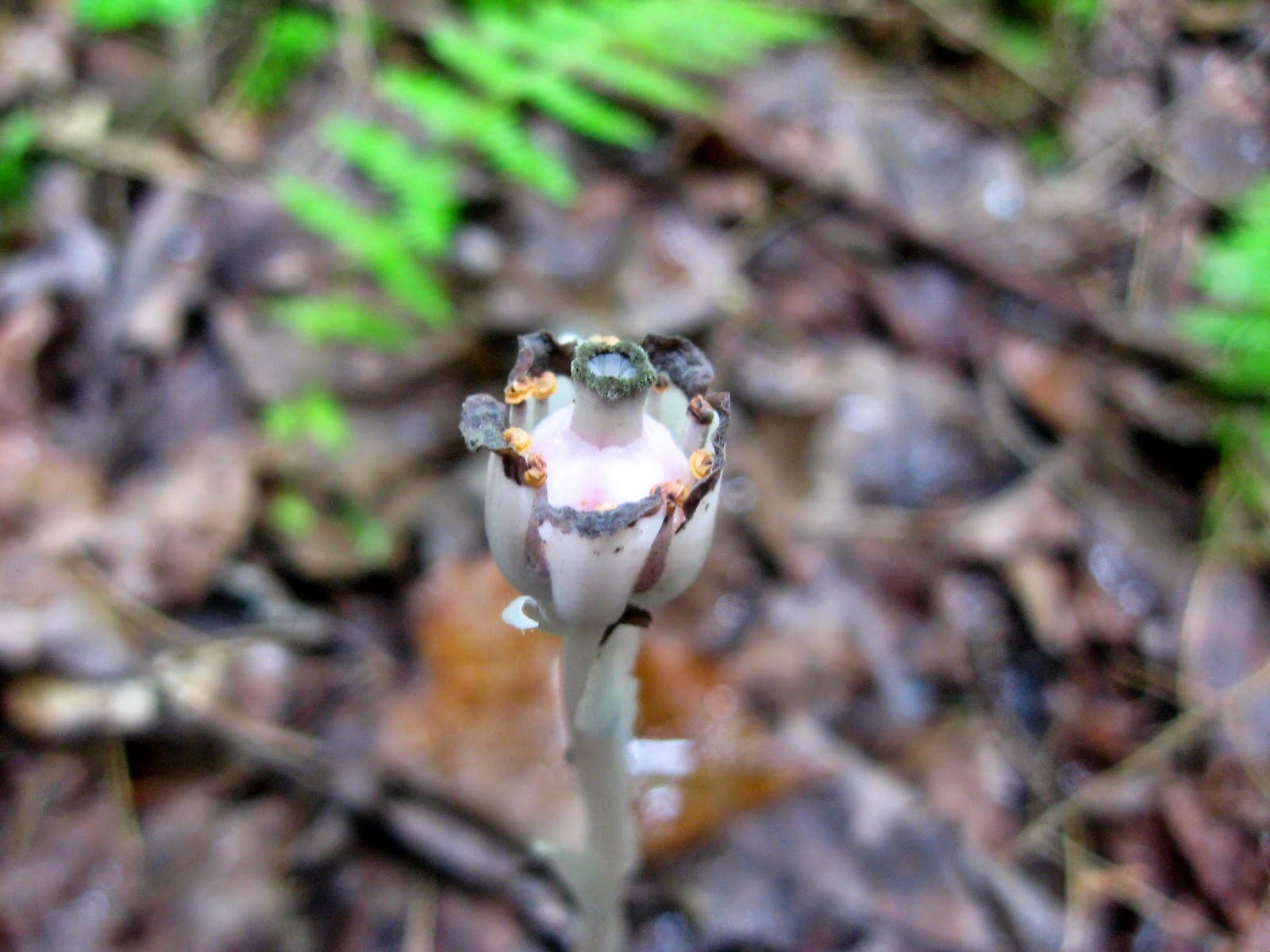 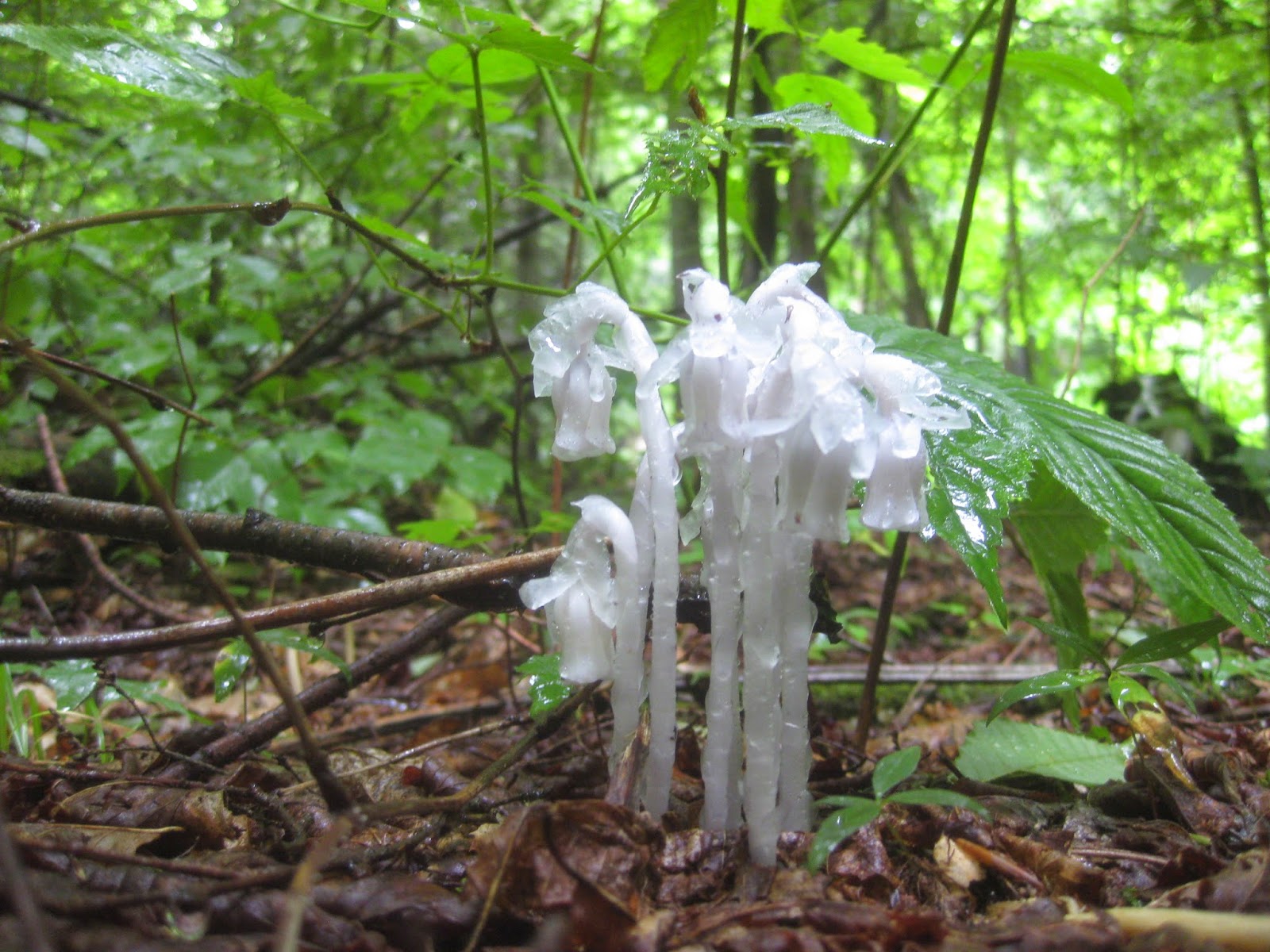 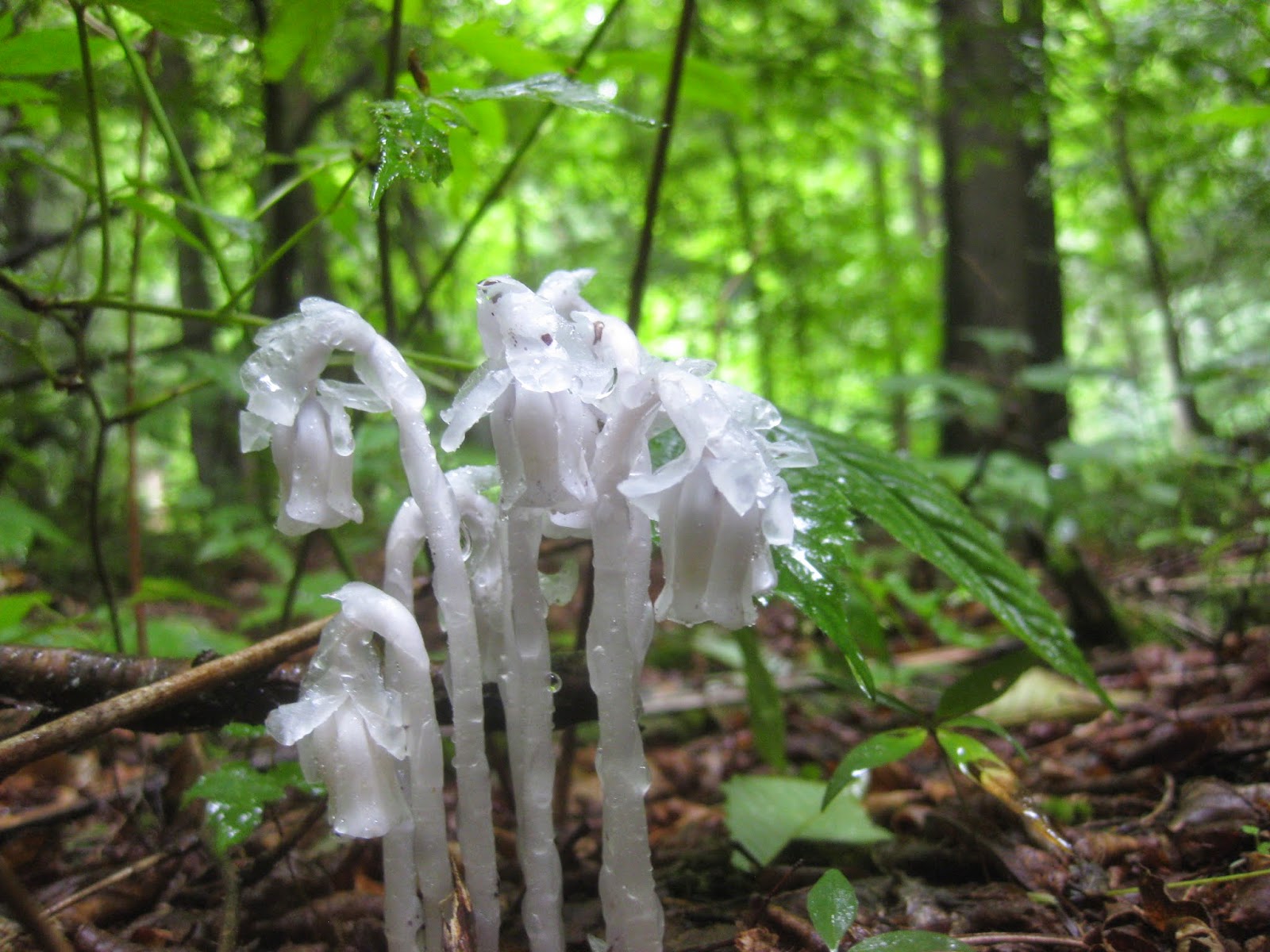 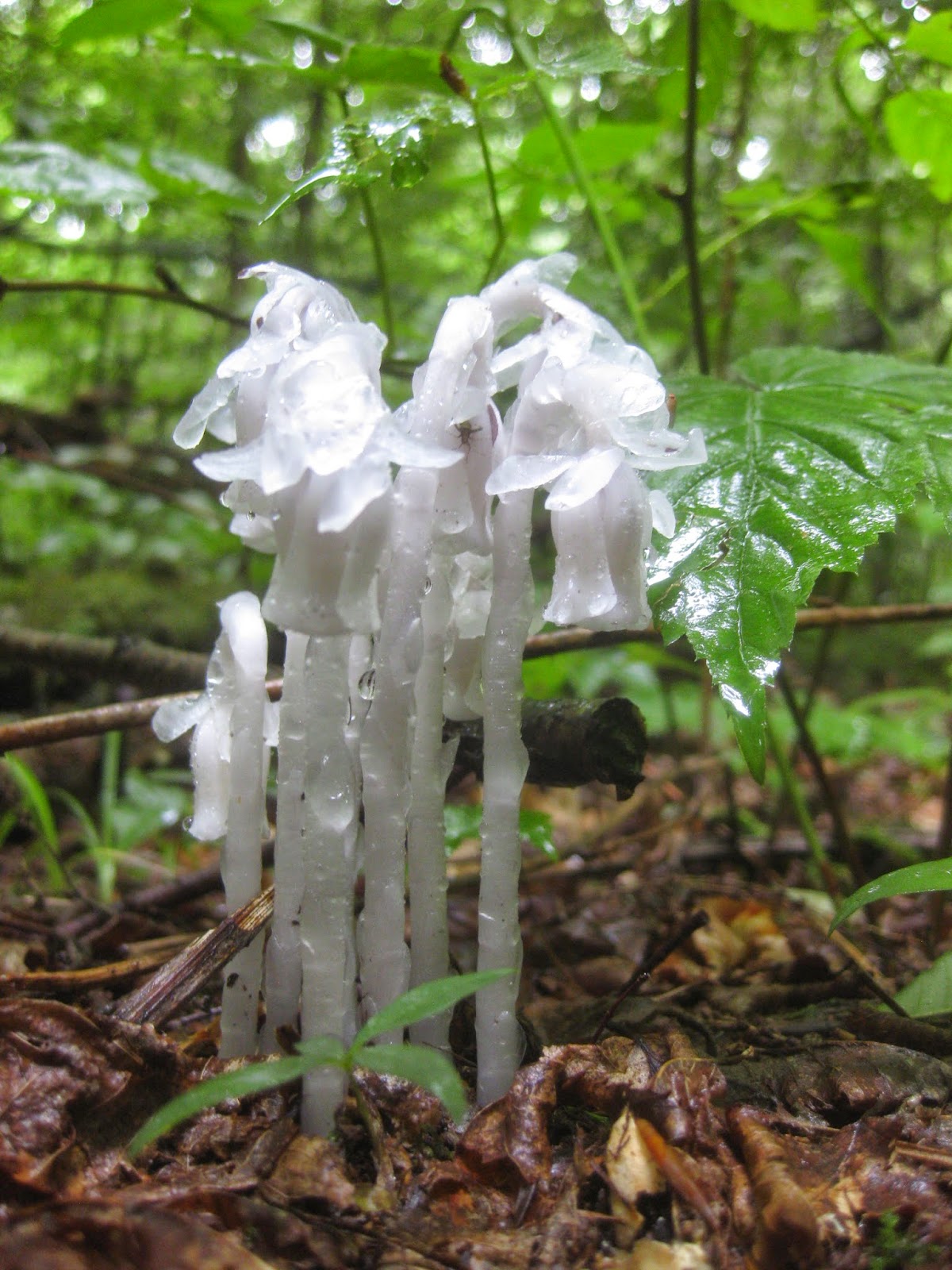 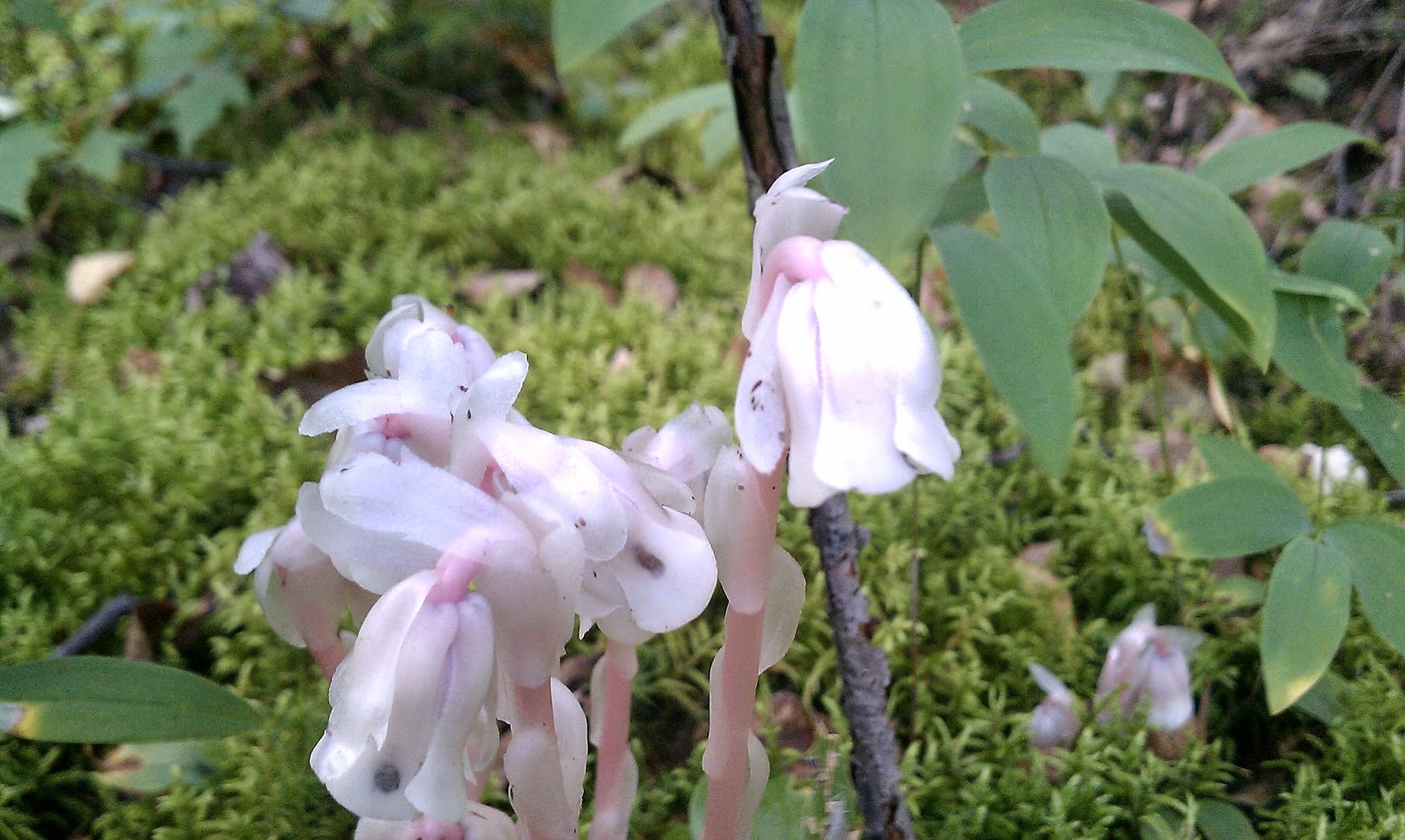 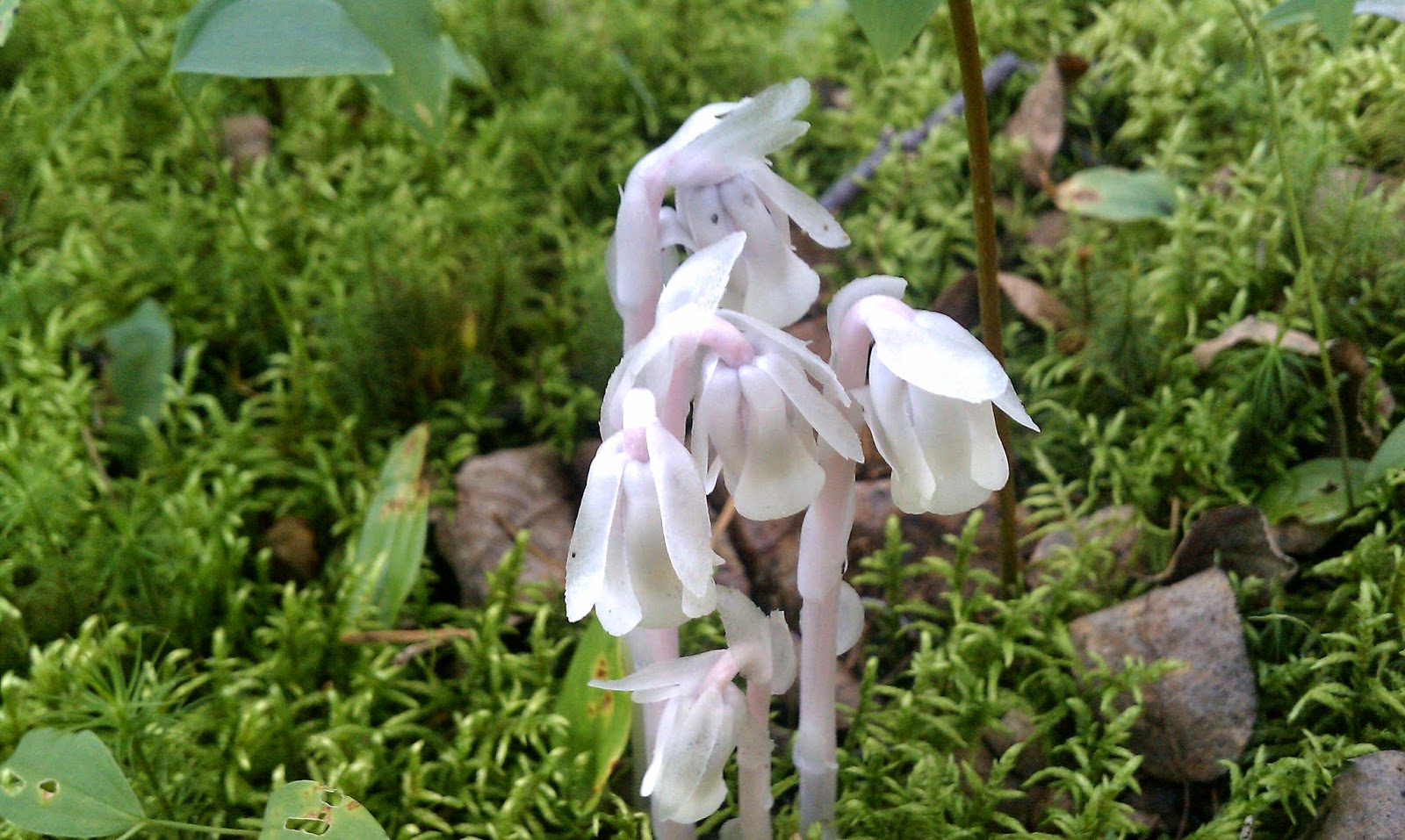 Posted by The Dancing Donkey at 12:58 AM