The solstice sure did bring summer in with a bang so I finally broke down and set the fan back up in the barn.    It's a BIG hit.  I know it looks precarious, but it is anchored down a lot better then it appears in the photo and my herd is not the sort to fiddle with such things now that Gabe is no longer here. 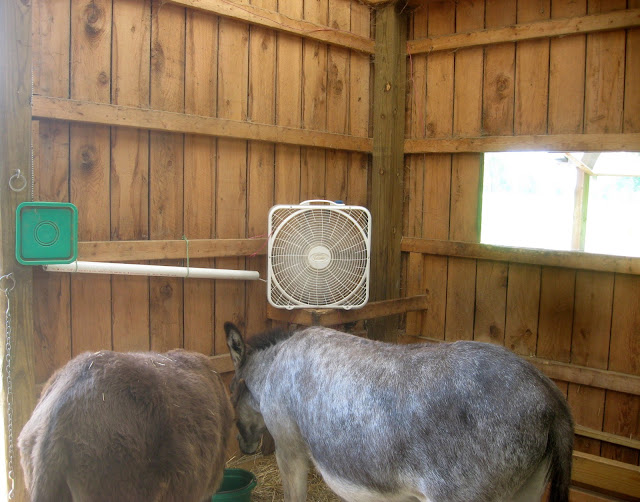 I haven't discussed it with Emma yet, but I think we are going to have to instigate some Donkey Diet protocols.  I don't think that is going to go over quite as well as the fan.

And what did Tessa think of the fan, which she had never seen before?  I'll let her tell you.... 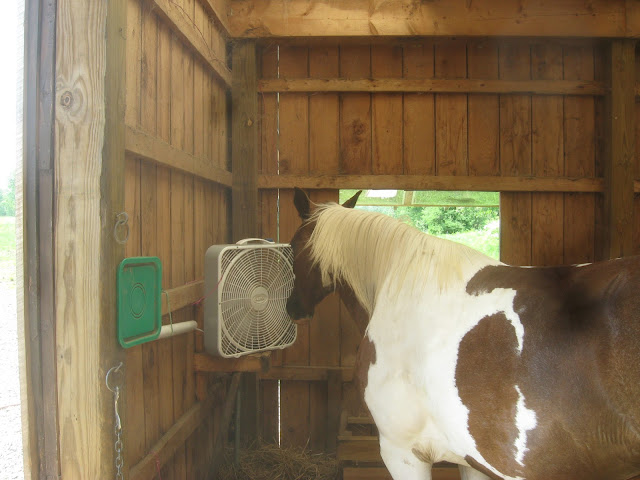 "I'm not coming out until Fall!" 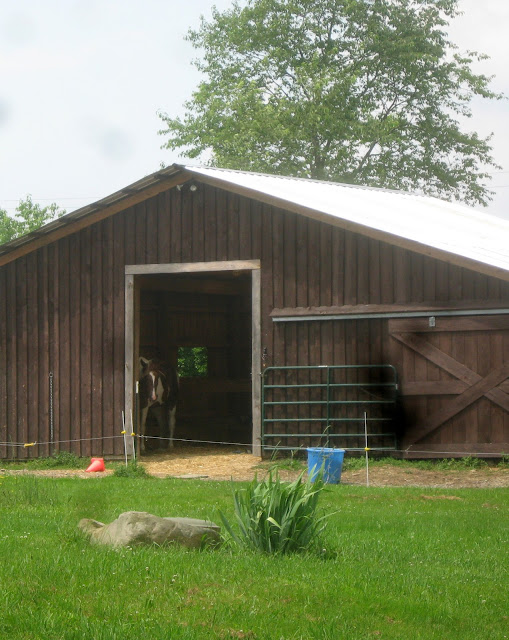 I haven't mentioned it to her either, but some Pony Diet protocols are coming as well.

As for me, well I need a diet too, maybe I should start a Fat Farm.  I sure do know how to grow that well after all.  In the meantime, I went swimming in my pond!  It was bliss, but WOW! is that water COLD.  I guess those springs feeding it are a lot more active than I realized.  I sure hope all my little catfish didn't go in there and freeze to death.

Posted by The Dancing Donkey at 2:00 PM