Farm Buddy has been sure to tell me, remind me, nag me, suggest and demand, for at least two weeks, that Kelsey get her day of blog fame seeing as how it's Kelsey's fourth birthday today, June 11th.  And no, I am not late with this post because I work nights and my life runs on DancingDonkey time, not eastern standard time.  It is still Kelsey's birthday according to DancingDonkey time.

Kelsey (aka, Kelsey-Bird, The bird, Squirrelly-girl) is not an easy dog to photograph, at least not for my very slow, battered old camera that has taken all the photos on this blog.  If I had a fancy camera that thinks quick enough to get good action shots, Kelsey would be a great subject.  She is the true epitome of Border Collie and is the living example of nearly every Border Collie stereotype ever uttered.  A quirky, intense, driven, hyper, sensitive and sweet little creature who, as long as she is awake, is always moving.  Even when she appears to be still, she is in fact a bundle of live wire ready to take on any job, be it chasing frisbees, corralling cattle or moving sheep. 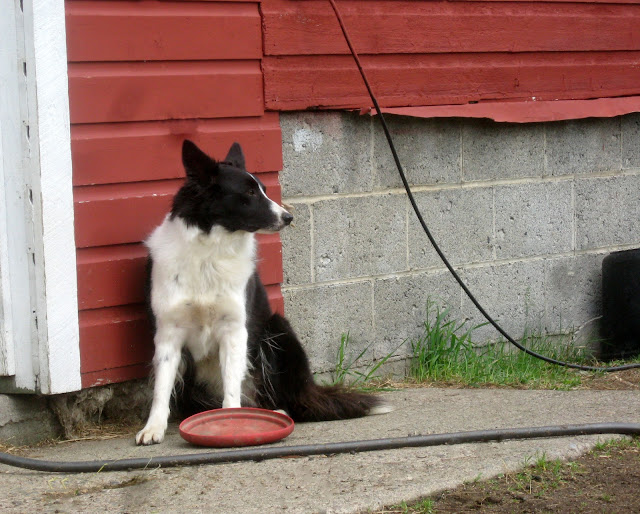 Kelsey has been on the farm just over a year now and she loves it.  She wasn't cut out for the stress of herding competitions and life in a big, busy kennel with little personal one-on-one time.  She has thrived with the responsibilities of  farm work and frisbee combined with having her very own person and a place on the couch.

She has also been good for the boys, who both adore her.  Tanner, especially, likes Kelsey and the two of them play all the time, in their no-touching-or-wrestling-allowed BC way.  Tanner loves to play, but he doesn't like playing with most dogs because they want to touch him and that is not allowed in the BC Book of Rules and Regulations. 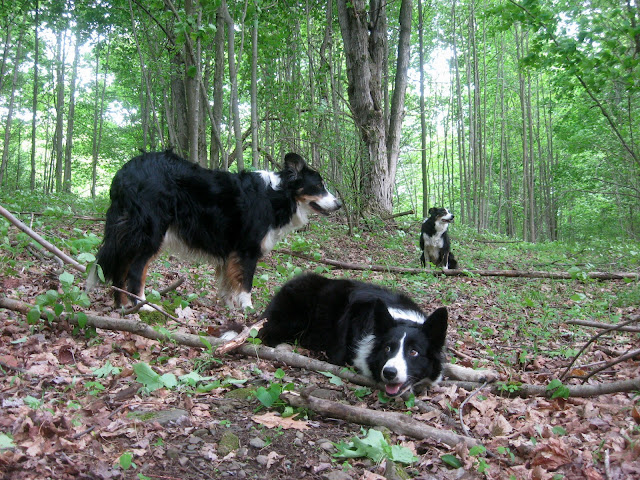 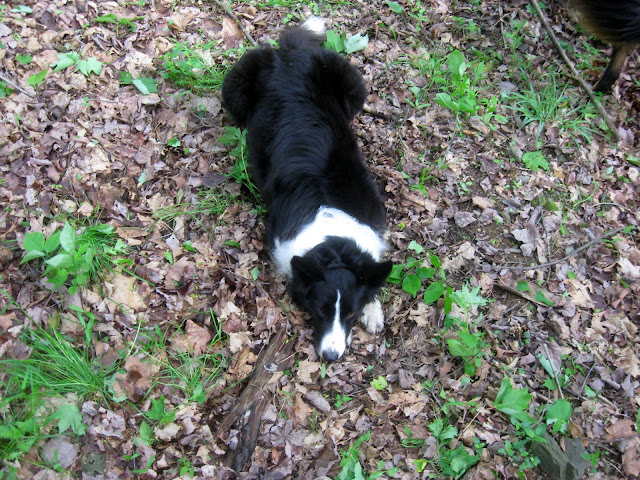 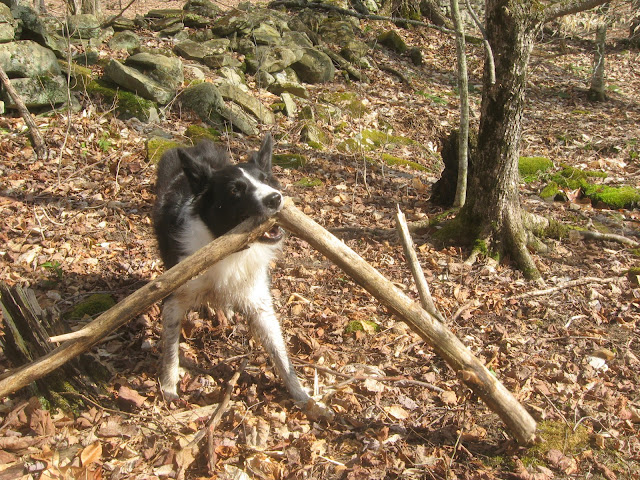 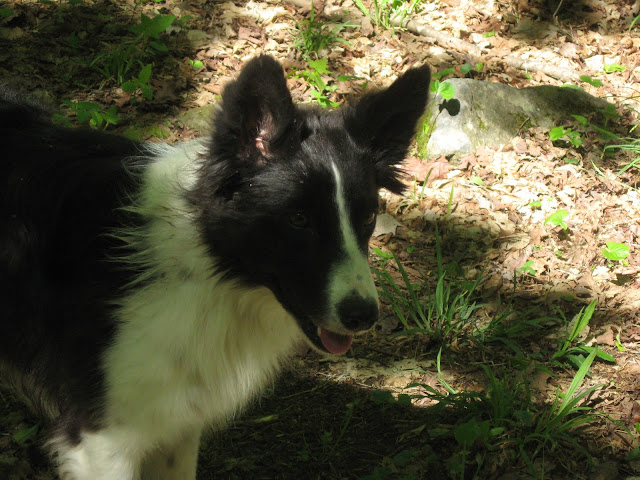 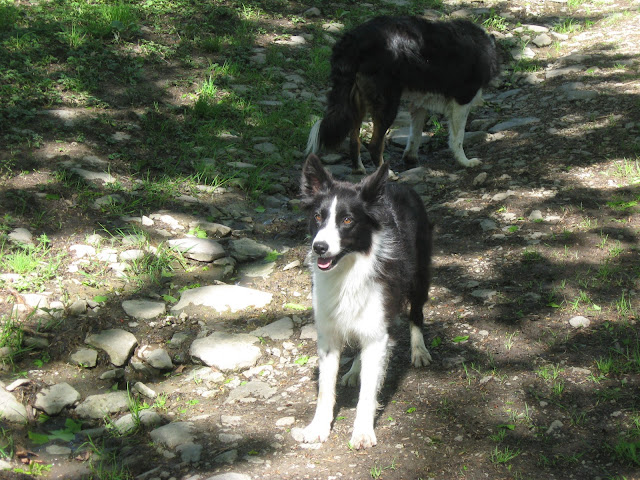 I think this is still my favorite picture of the Border Collie Brigade, it just sums them up so well.  That is Tanner on the right and Scout on the left and Kelsey, of course, always looking for a job. 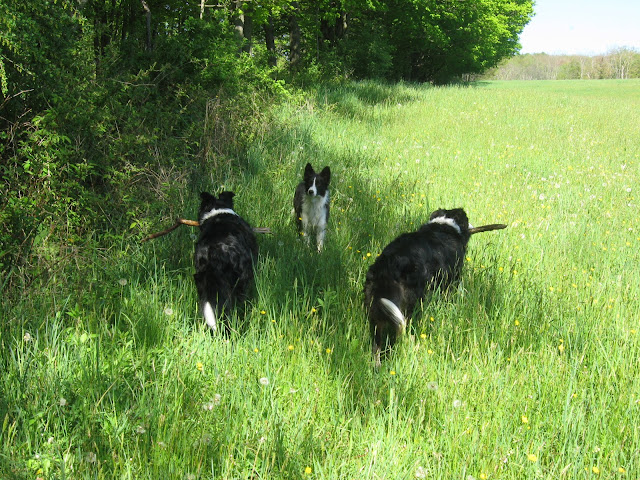 Happy Birthday Kelsey-Bird
Posted by The Dancing Donkey at 11:36 PM