Just how many Snapping Turtles does one really need?

A couple of years ago when this monster crawled out of my pond (if you missed the story about my pond click here and here) to lay eggs in one of my garden beds (I know most of these eggs did not hatch because I inadvertently dug most of them up several weeks later), I thought it was pretty cool.  Now that's a turtle! 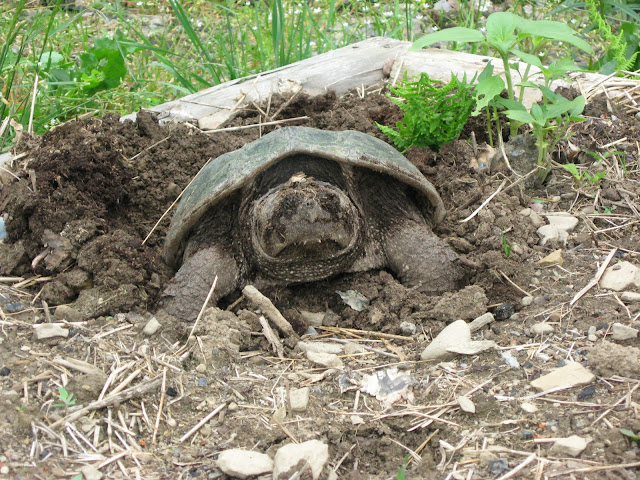 Then this somewhat smaller prehistoric monster crawled out of the pond just a few days ago to lay her eggs in my driveway.  I took some pictures and left her to it, but as I walked off, I was kind of wondering if I really wanted all those snapping turtle eggs hatching out in my driveway and moving into my pond.  I am much happier with the four painted turtles that  have taken up residence as well.  They are much nicer neighbors. 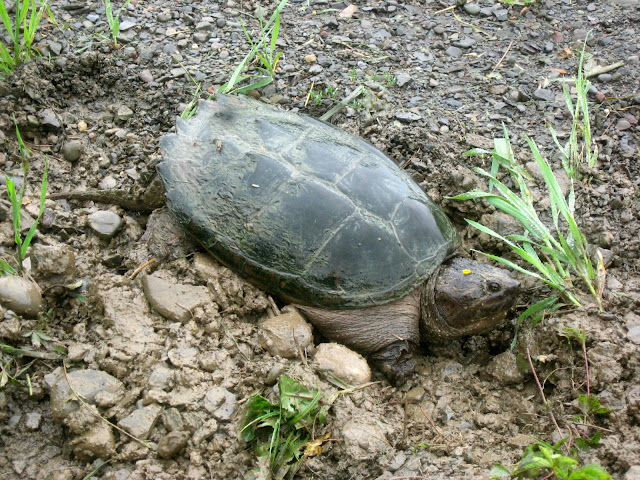 Before I  had my pond re-dug last year, there were several people who were quite disappointing in me for doing it.  They didn't want me to disturb the few creatures who were living in it.  There were some frogs and salamanders, but mostly it produced a lot of mosquitoes.  I am glad I didn't listen to them.  The shear number and variety of critters who have moved into my pond in just 2 seasons is absolutely amazing.  It just goes to show that sometimes you have to tear things up to put them right again.

This afternoon, when yet another prehistoric-monster-turtle crawled out of my pond to lay yet more eggs in my driveway, I started thinking about my little catfish, that I had just gone to considerable trouble to get, and thinking even more about my own little toes dangling about in the water and I began to wonder just how many ginormous snapping turtles one really needs to have living in one's pond. 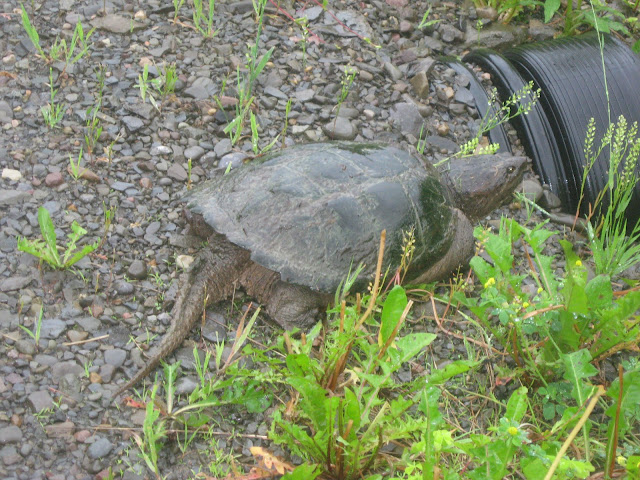 So, I decided that this particular monster could go live in a beaver pond down the road from me where she would have LOTS of space and lots of little fish to eat.  But no toes.  Everyone has to deal with the occasional disappointment in life after all, even turtles. 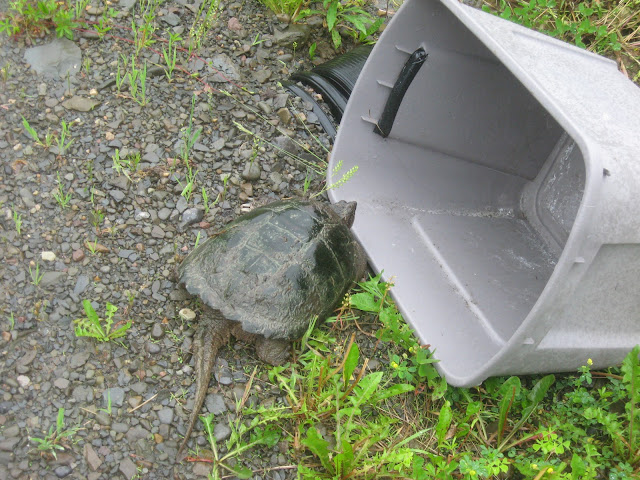 I am not usually an advocate for moving animals and dropping them into unknown situations or habitats, but I figured if anyone is equipped to handle it, it is this creature. 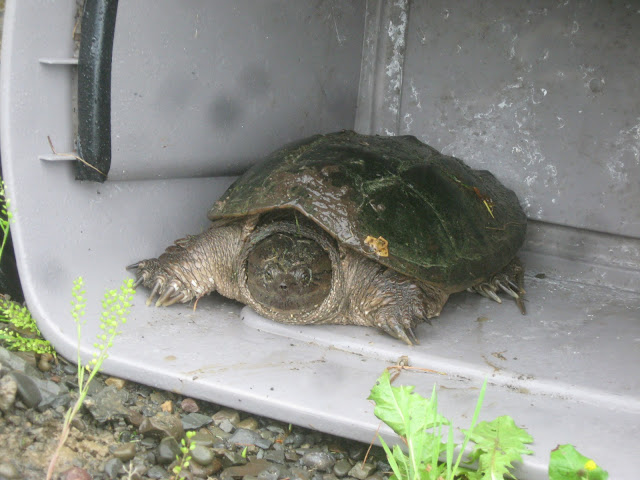 I wish you could see what she looks like when she is up on her feet walking around, she is nearly a foot tall when she is not hunkered down!  I do kind of wonder if this is the same turtle as the one in the fist picture from 2011.  She seems to be about the right size and I am rather hoping that there aren't a whole lot more like this swimming around in the pond just waiting for me to feed them some more catfish or some nice juicy toes.

About fifteen pounds of very angry turtle I would guess... 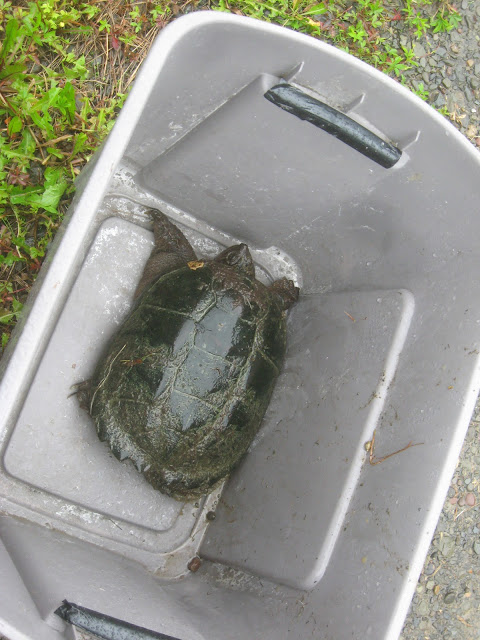 And, just in case you were ever wondering what the definition of the term "malevolent stare" is, this is it. 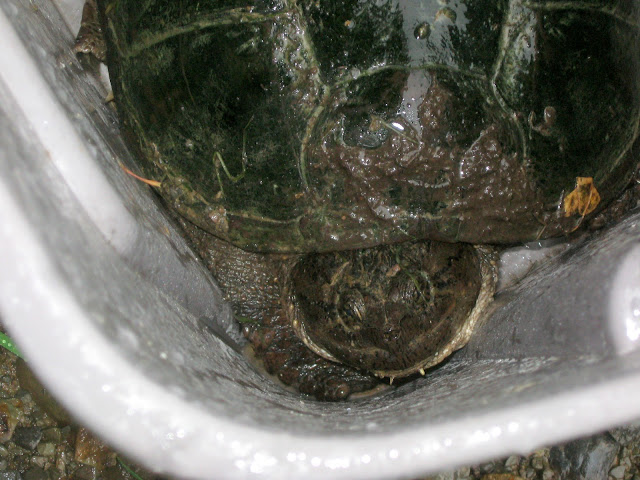