Now that the snow has finally gone, the toys have reappeared.  I gathered most of them up the other day, which was a Border-Collie-Security-Breach of massive proportions.  I was informed, in no uncertain terms, that each and every toy was fully and completely accounted for already and my interference was not appreciated. 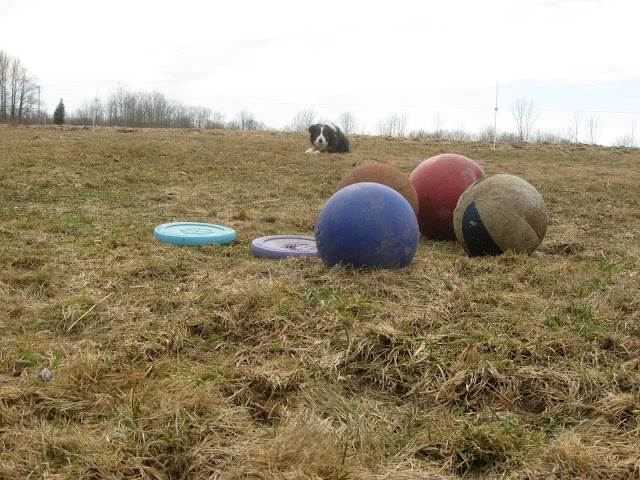 Each and every toy had to be thoroughly inspected and placed in a new Border-Collie-Approved position.  Such positioning might appear arbitrary and random to us humans, but I assure you, it is not. 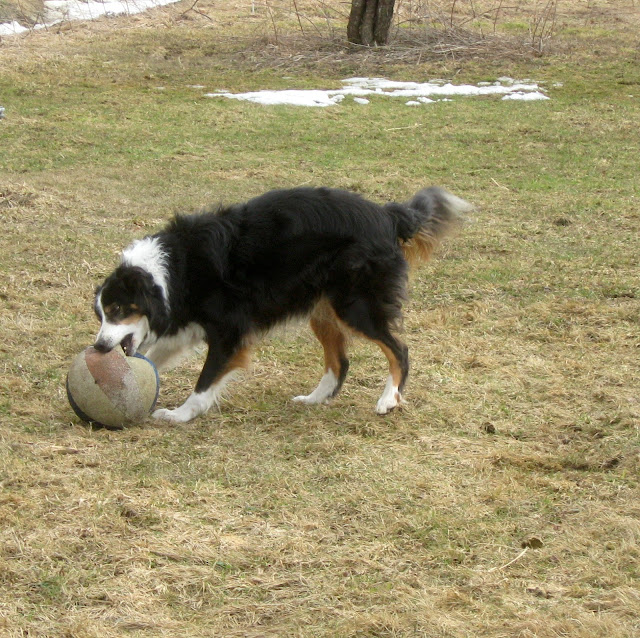 The security status remains on high, orange alert.  The Dancing Donkey Farm is at Def-Con 3. 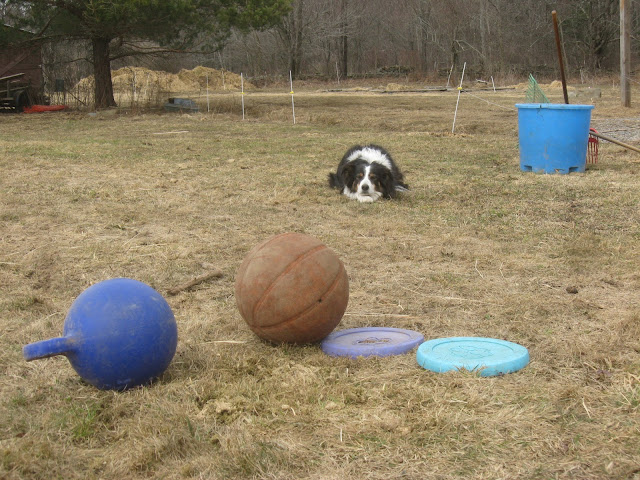 In light of this massive breach of security, Tanner has asked me to review all of the rules applying to all toys.  He has even been so kind as to dictate said rules so that there will be absolutely no confusion about them.  Hopefully this will prevent any further security breach emergencies.

Part 1.  No toy or perceived toy shall be moved, dislodged, misplaced or otherwise handled without the express permission and instruction of the Border Collie (heretofore known as the BC, Security, Investigator, Judge, Jury, Executioner, etc.  AKA Tanner, AKA Farm Manager, AKA The Boss).

Part 2.   No toy or perceived toy shall be be played with, used for games, or otherwise handled by any other creature residing on this farm or on any other property within this solar system without the express permission of the BC.
Part 2a.  No permission of such handling will be granted by the BC now or ever.

Part 3.  Definition of a toy:  Any object that the BC has deemed to be a toy.  This includes, but is not limited to:
Part 3a.  If in doubt, all determinations are to be made solely by the BC at his discretion.


Part 4.  The BC expressly prohibits any equine, especially and particularly donkeys, from handling, sniffing, touching, or interacting with a toy of any kind at all times.
Part 4a.  Acceptable donkey toys consist of such useless, pathetic items as traffic cones and bits of old garden hose.  The example below illustrates highly illegal and forbidden activity.  Looking at and casting a shadow upon a BC approved toy is NOT allowed. 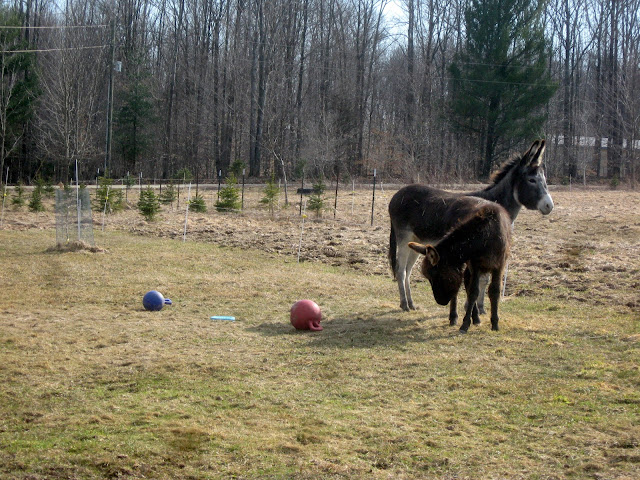 Part 5.  The utilization of any toy is the sole purview of the BC.

Part 5a.  The BC will decide each day which toy will be utilized for that day and all other toys shall be ignored until such time as the BC decides to change toys.
Part 6.  Failure to comply with any of these rules, or any other BC rules not listed here, constitutes a severe breach of security and can not be tolerated.   A breach may result in any or all of the following:
Part 7.  These rules are subject to change without notice and at the sole discretion of the BC.
We thank all of you for your attention to these vitally important security measures.

Posted by The Dancing Donkey at 11:51 PM