For those of you who wanted to know what kind of sheep those were, I told Farm Buddy she needed to answer that one and this is what I got....(Oh, and yes, we do know that those two ewe's tails are docked too short.  Let's just not talk about that shall we?  All I can say is that docking tails and trimming feet have one thing in common with carpentry, you can cut and cut and cut, but you'll never make a board any longer.)

Okay readers of The Dancing Donkey, here is the scoop on the sheep.  It all started when I bought Tuney (a Tunis, of course) and a couple of other sheep (the other two have since passed away) about seven years ago for my border collie, Scout, to work with.  Scout is Tanner's brother, by the way.  Well then I decided to raise some grass-fed lambs, as I already raise and sell grass-fed beef. One year, I got some Katahdin ram lambs and raised them up.  Apparently before they went for grass-fed lamb, one managed to breed Tuney.  At this time she was about five or so, and she had never had a lamb.  Well she managed to not only have a lamb, but had triplets!

The triplets were all ewe lambs, and are named Trillium, Teasel, and Mabel.  Teasel is one of the moms in the pictures that Kris posted, so she has a Tunis mom and a Katahdin dad.  She was bred last December to a Romanov ram.  I have a neighbor that has this breed, and I decided to use this ram, as he throws lambs that are small at birth yet very vigorous.  This way, they are relatively easy to deliver.

Teasel's sister, Mabel, had twins this morning!  Teasel's other sister, Trillium, looks like she is going to have her lambs tonight.  I believe Kris also posted pictures of Rosa and her lambs.  Rosa is another daughter of Tuney's and a half sister to Teasel, Mabel, and Trillium.  Tuney is also supposed to lamb, as is another daughter of hers that has a Blue-faced Leicester for a dad, but they do not look that close yet.

So hopefully this clears up the lamb lineage question and hopefully Kris will post lots more lamb pictures.  I keep trying to tell her that lambs are MUCH more photogenic than donkeys!!  And if you think these lambs are fun to look at, wait until Kris finally gets around to taking a video of my other border collie, Kelsey, while she is leaping after the Frisbee or performing an amazing outrun with the sheep!!  I am having a little trouble convincing Kris that sheep are so much superior to donkeys.  This is not surprising, as I have spent years trying to get her to accept that Scout and not Tanner was the pick of the litter!! So my advice to you is to request Kris to post more pictures of Kelsey, Scout, and the sheep!!  Oh, and don't forget to ask to see this year's group of calves, Dublin, Lars, Kendal, and Earthquake.  They are a pretty good looking bunch too!

Well, I guess that told me.  While you are all waiting for me to get more pictures of this years lambs and dogs and calves...how about lambie pictures from a couple of years ago to tide you over (and make somebody else stop whining at me for not posting enough lamb pictures). 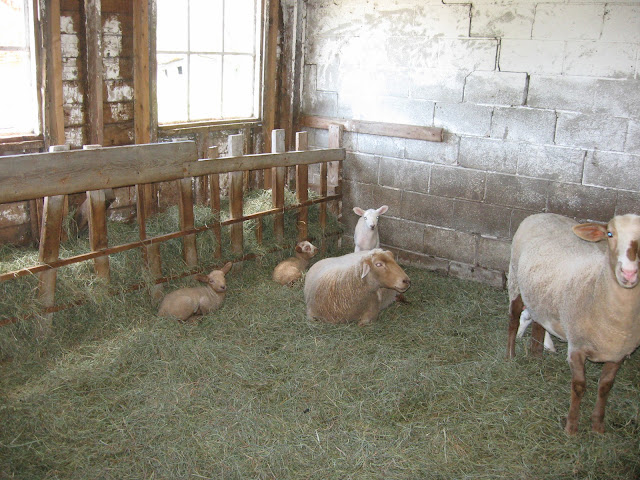 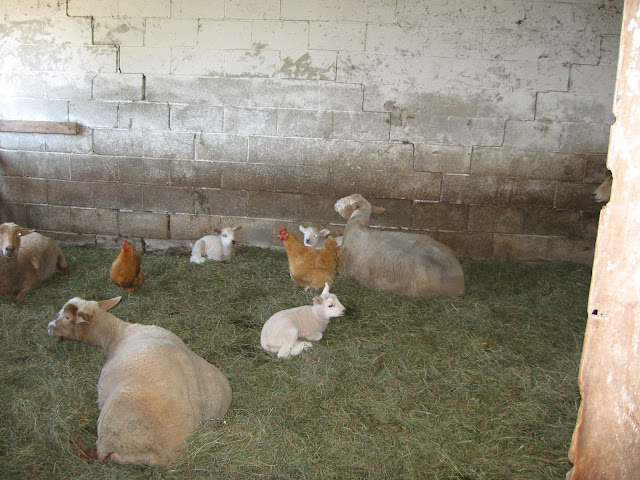 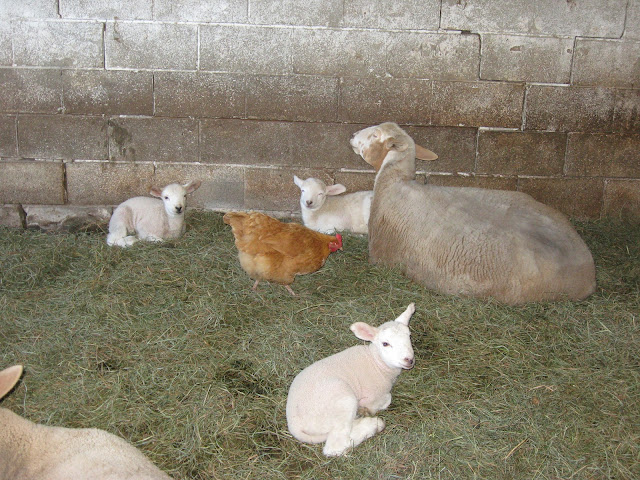 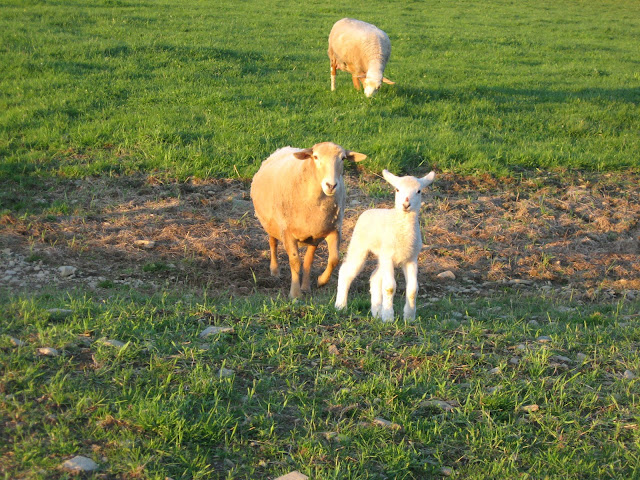 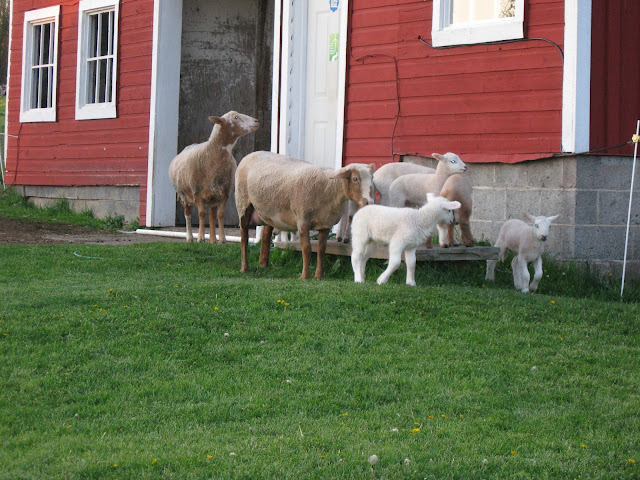 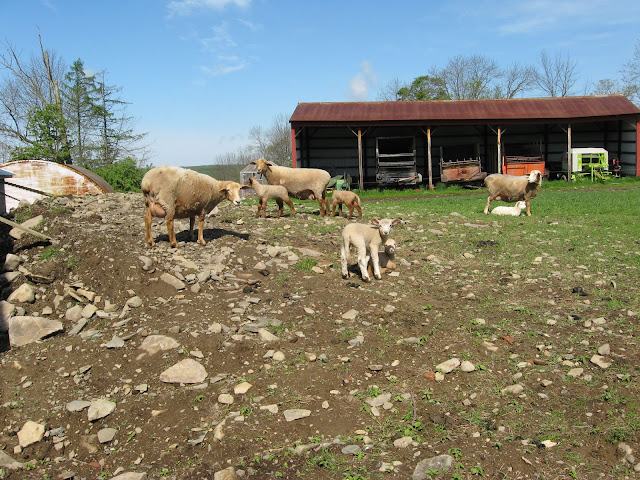 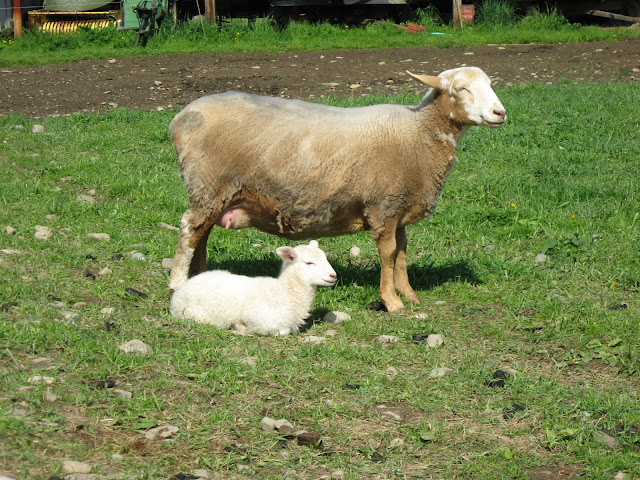 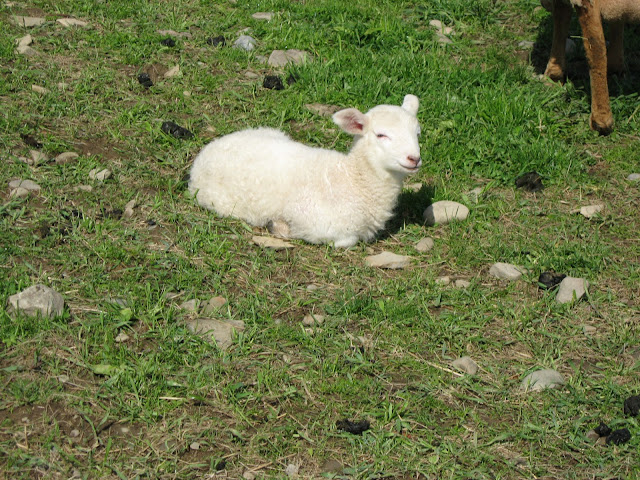 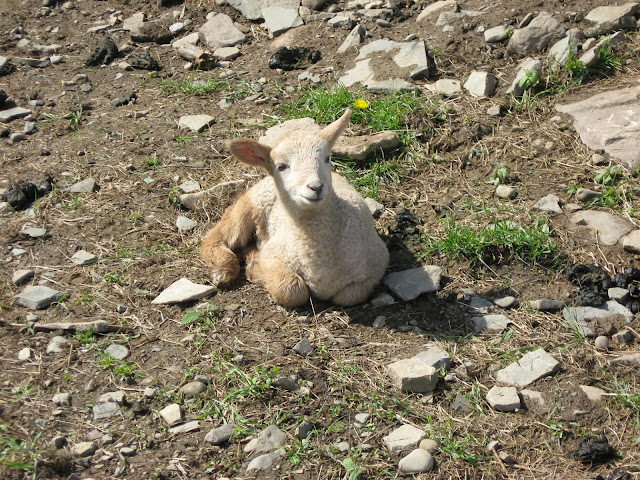 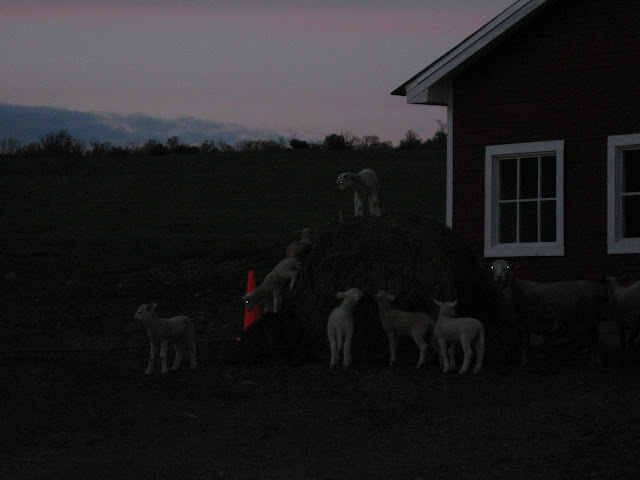 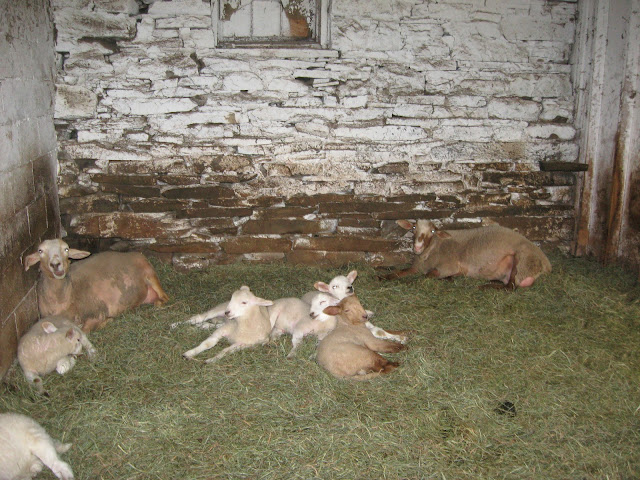 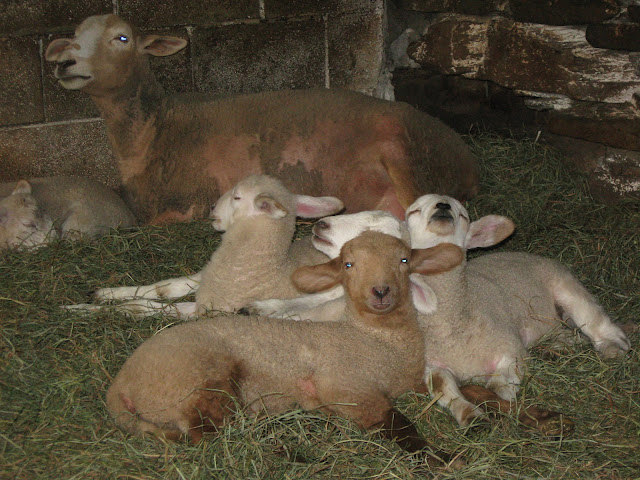 Posted by The Dancing Donkey at 1:20 AM