One of the more interesting aspects of blogging is "meeting" some of the people who read the blog.  I have never yet met anyone face to face through the blog, but I have become acquainted with a number of folks who have gotten in touch with me via email.  One of those people is a woman named Di, who some of you may recall sent me some very nice hay nets a while back.  (I should probably confess now that I have not had the heart to tell Di that I still cannot get Emma to eat out of those nets in spite of everything I have tried.  I decided to just put them away in the barn until I have time to really work at getting her past whatever phobia she has about them.  Emma got spooked by the nets right off and she is not the sort to forgive and forget.  I figure getting her to accept them will be a good training exercise one of these days...when the sun comes out again).


Anyway, Di is now having a crisis of her own with one of her little donkeys, Badger, who she rescued a few years ago. 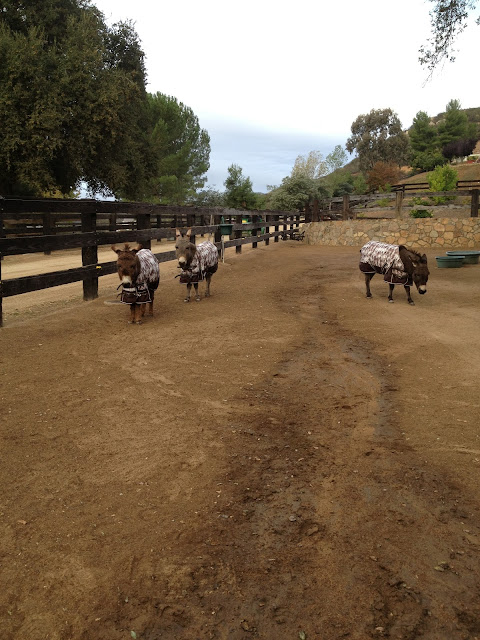 He is in the hospital right now suffering from a severe case of sand colic and things are a bit touchy for him right now.  Di has asked me if I could help her get the word out about Badger so here he is.

Rather adorable isn't he?  Apparently, there is another donkey at the clinic across the isle from him who was mauled by a dog.  The two of them are keeping each other entertained during their trials by braying back and forth to each other, scaring all the poor horses.  If you are interested in following Badger and Di's story, visit them at http://ashlapiwape.blogspot.com/
Posted by The Dancing Donkey at 11:34 PM