I have been trying hard not to whine about the weather, which continues to be horrible.  Oh, the sun is out and it looks OK, but the wind just won't stop and the temps are brutal.  We had -15 last night with high winds.  Still, I was trying to be philosophical about it, just get through and wait for it to pass.  That was working OK right up until I found the water line in the barn frozen - again.

Adequate water intake is paramount to keeping equines healthy in cold weather and I work very hard to make sure that my animals have access to ice-free water at all times.  Water consumption is at it's highest level during weather like this.  The two horses drink 25-30 gallons each day, the donkeys polish off 5-8 gallons a day.   That is a lot of water to haul from the house in buckets.

I might be more accepting of frozen water lines if I had not gone to a great deal of effort during the building process to insure that it wouldn't ever happen.  This is not the result of poor design or a lack of forethought.  I spent years hauling water in buckets and I didn't want to have to face that again.  I knew the hydrant would be a crucial element of my barn design and I had a number of conversations about it with the contractor who put the water line in.  I was skeptical about how the water line was installed, but I was repeatedly assured that it wouldn't be a problem.  Oh, how I hate to be right!  This is the third or fourth time this line has frozen and I have had to dig this hydrant up for repairs several times already - by hand.  I am not doing it again.

I called the contractor this afternoon.  I will admit that I was pretty darn close to being in a towering rage about this, but I managed to remain civil.  Maybe if I wan't so darned civil I wouold get better results.  What I got back fromthe contractor was an immediate ration of grief and excuses.  He told me that I must have messed it up if I had dug up and repaired the line myself.   He tells me the hydrant has to be at least four feet under ground to keep from freezing after all.  I agreed wholeheartedly to this last bit and asked why he hadn't buried it that deep to start with.  When he tried to tell me that he had, I offered to pull up some of my photos of the project.... 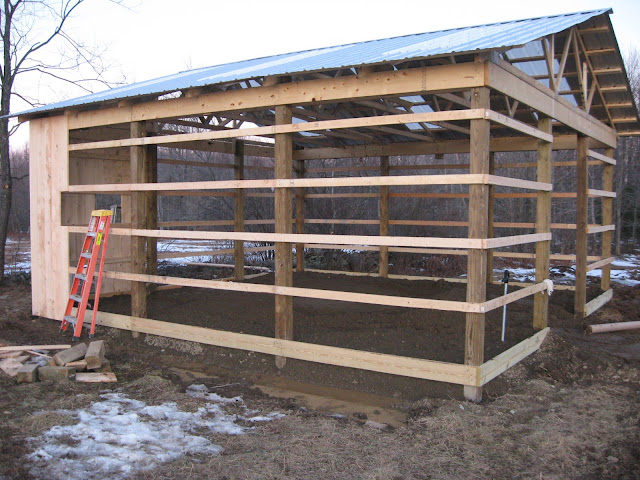 Do you see the hydrant sticking up out of the ground there on the right?  It is a six foot pipe, there should be no more than two feet of pipe exposed.  For an idea of scale, the horizontal boards are two feet apart.  The bottom of the lowest board is ten inches above grade.  The last time I repaired this hydrant (by hand!), I dug the trench down deeper (with my shovel!) so the spout is lower then the second board.  It still isn't deep enough.

I have invited the contractor to come out and see for himself where the line is now and I am going to print out a copy of this photo to aid his memory.  Anybody want to lay odds on whether or not he actually shows up tomorrow?  And people wonder why I build things myself.

In the meantime, with the aid of some hot water and the cold, hard sun we had this afternoon, I did manage to get the water running again.  I don't know yet whether the line is broken under the ground so once I had filled all the buckets and troughs, I turned the main line off in the house.  I also did everything I could to keep the frost out of the ground around the hydrant.  I have hay and straw heaped up around the pipe inside the barn, but it clearly isn't enough so I covered the outside area with about 6 inches of straw and an old toolbox, which will add insulation and keep the horses from pulling the straw apart.  I hope. 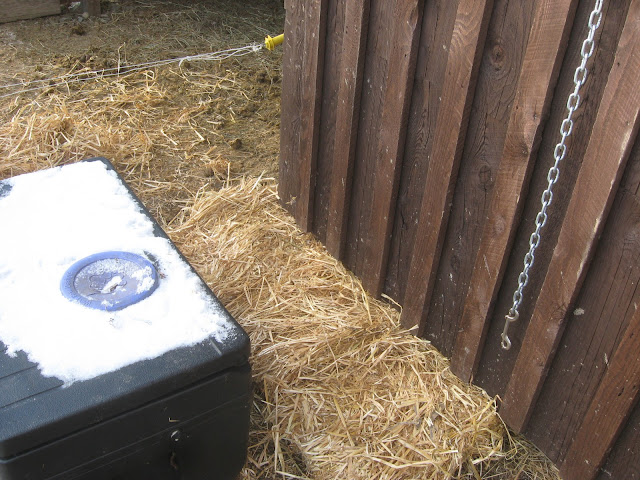 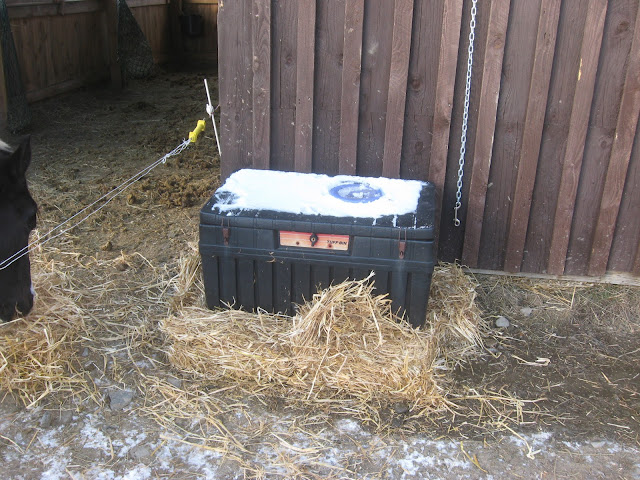 A bale of straw all by itself was clearly not going to work with two bored horses in the vicinity so I unearthed the tool box.  I'll bet the mice that have taken up residence inside the box didn't have a very good day either. 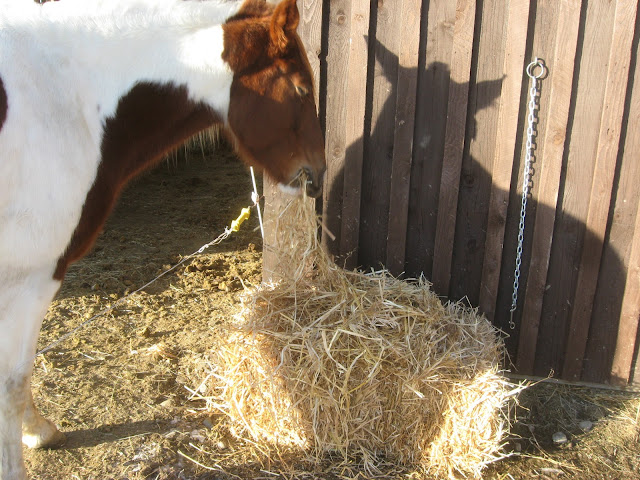 At least everybody has enough water to drink and haven't noticed a problem. 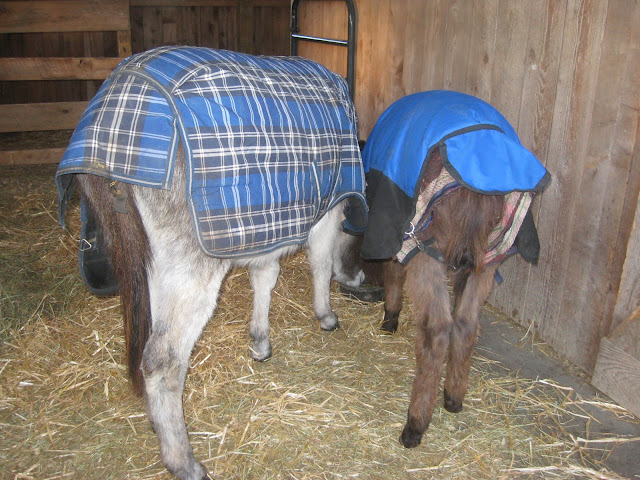