I got a few pictures of Ramsey's foot this afternoon during the bandage change. 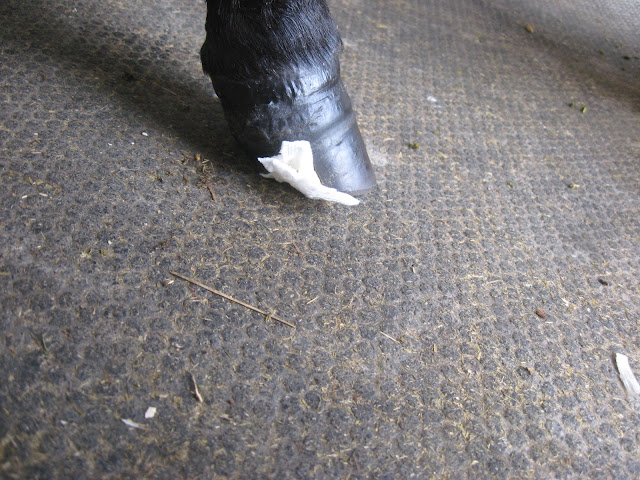 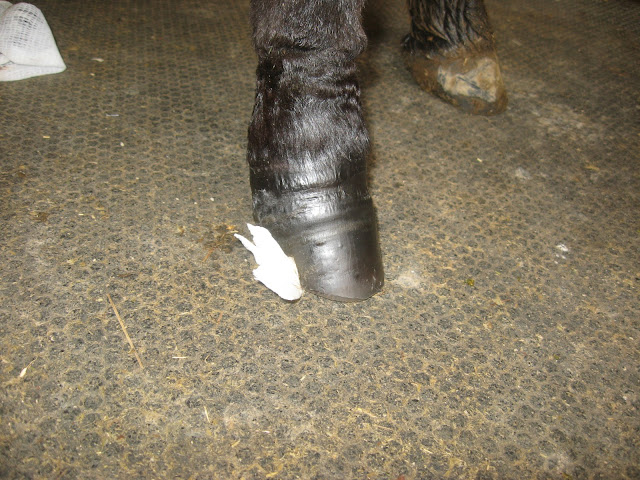 The farrier at Cornell took off a lot of excess hoof.  The constant bandaging has made the coronet band flatten and creep upwards giving the foot a stretched and overly long look.  The foot is still overly long, but it couldn't be cut back any further, it will have to wear back over time once the bandage is no longer needed.

As you can see from the position of the surgical hole, the foot has grown over an inch since he had surgery.  Hopefully, once it grows out enough that the it no longer needs bandaging, it will start growing and wearing more normally.  I have never seen a foot that has had to remain bandaged for so long and the results are interesting.  It definitely shows how too much constricture can cause problems.  I often see horses with hoof problems that I believe are caused by wearing too-small shoes.  Ramsey's foot certainly demonstrates how those problems begin.

I think that with careful trimming, I will be able to correct the issues in Ramsey's foot over time once we can get back to normal.  The foot is too tall and the heels are very contracted.  Both are very common problems for young donkeys and they have been exacerbated by 10 weeks of bandaging. 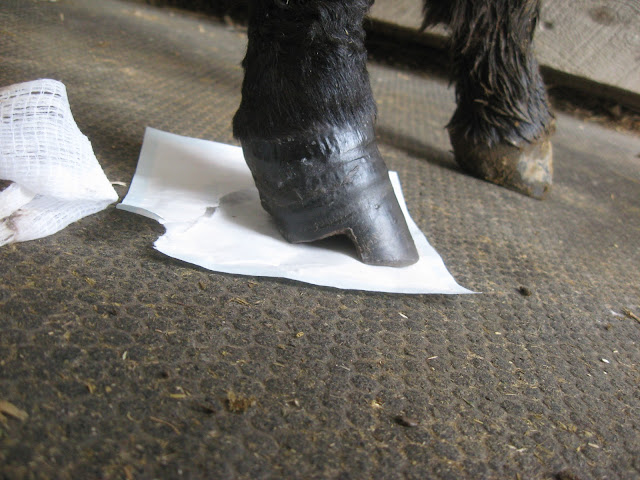 The bottom of the foot shows that will still have quite a ways to go.  Sorry for the odd camera angle, the foot isn't really that off-center, it's just darned hard to get pictures.  Another case of needing more than two hands. 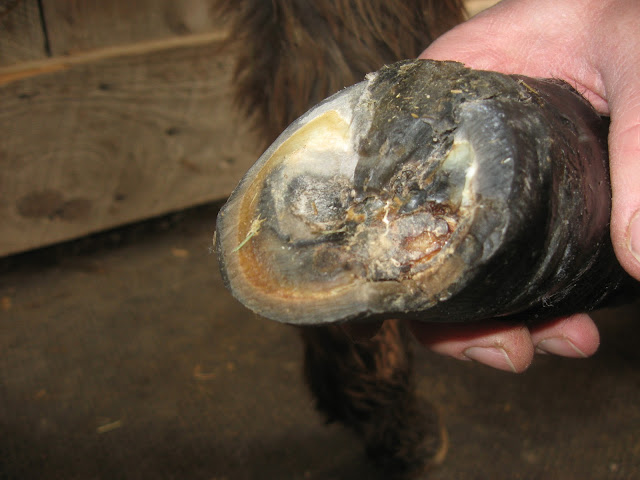 The spot just in front of my finger is where the sensitive, internal structures of the foot are still exposed.  If you follow the curve of the foot upwards, you can see light and dark patches in the sole.  The light color on the right is healthey sole, the grey and black on the left is where the abscess traveled under the sole, undermining the whole hoof.  All of that black and grey is going to die off and be repleced over time.  You can really see just how extensive the infection was as there isn't much healthy sole left.  The foot will have to stay clean, dry and bandaged until good hoof grows over the internal strucures and he has a bit more healthy sole to support him. 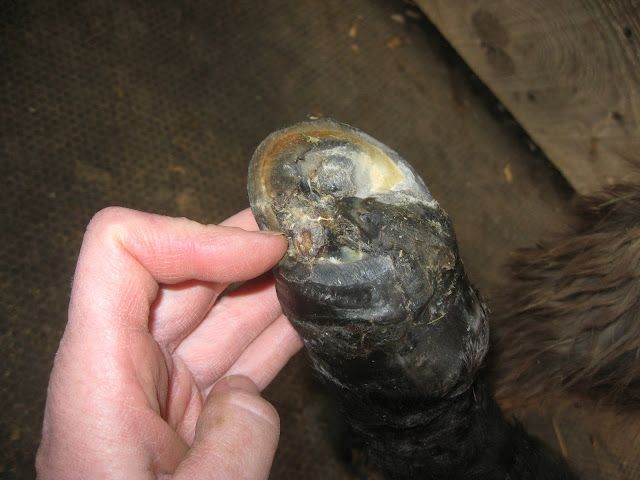 He is going to loose a lot more of the frog as well (that's the dark, triangular bit at the back of the foot), but it will regenerate with time.  I think he will have to regrow the whole foot before it is normal again, which may take as much as a year, but I think we will get there.  Someday. 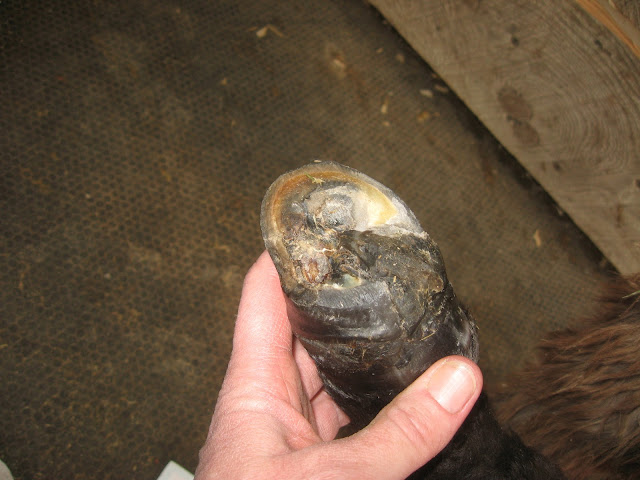