I took these photos during yesterday afternoon's bandage change.  There has been a great deal of hoof growth recently and the growth is somewhat distorted because of the hole in the foot.  Growth comes from the top down and is stimulated by pressure from below, the hole makes the pressure uneven which makes the growth uneven.  The hoof wall will have to completely grow out before the hoof will even up again. 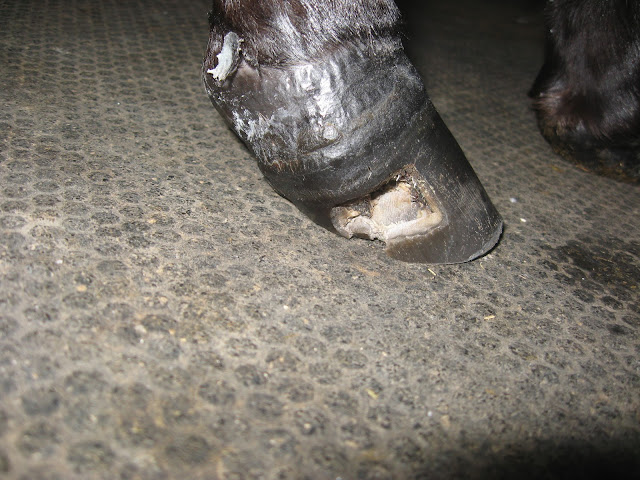 I am pleased with the amount of growth though.  I have actually trimmed the foot twice now and it is still far too long.  The hole in the foot is already reaching the ground, which means there has been at least a half inch of growth in the past few weeks. 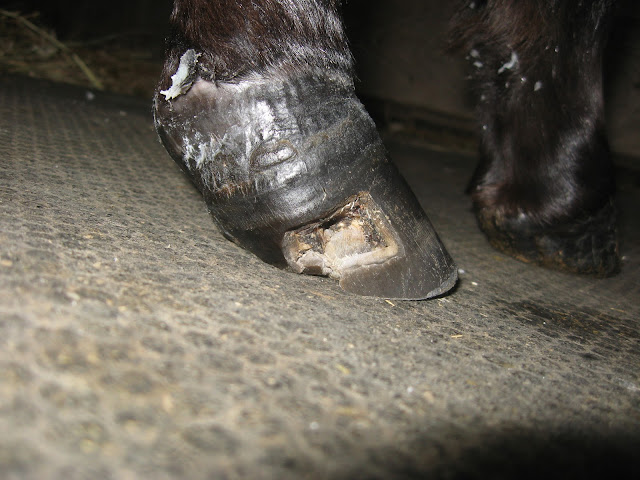 I am nervous of trimming more however, because the sole of his foot where the original abscess was is also dying off and a large hole has developed there.  It is connected to the hole in the side of the foot and it is clear that a large section of the hoof, including wall and sole is going to slough off and eventually be replaced.  I don't think any of us were expecting that.  I am just a bit worried that too much hoof will fall off all at once and weaken the entire hoof capsule.

It is amazing how much a hoof can regenerate given a chance, but there has to be enough hoof to support the animal and maintain cohesion while it grows.  Ramsey is sound on it and it is growing at an amazing rate so I think it is OK, I just don't dare trim it more.  If you look closely, you can see a hole in the sole that connects with the hole in the hoof wall.  What doesn't show in the photo, is that quite a bit of the sole around that hole is spongy and dead.  I can peel it off with my fingernail so it clearly is not doing anything.  I removed the really soft portions, but left anything that might help maintain structural integrity. 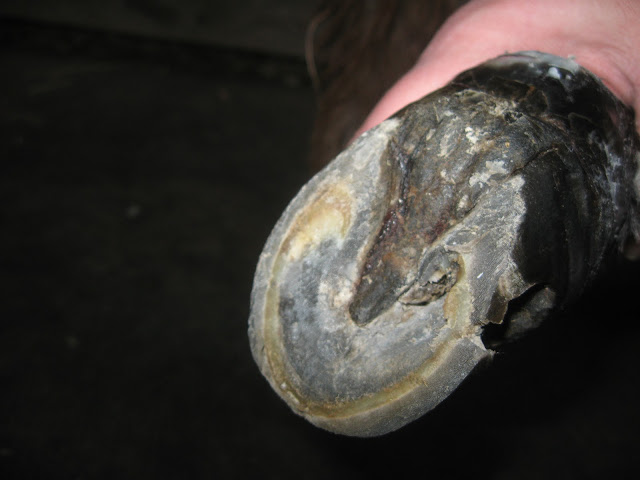 Ramsey is due (overdue actually because of the holidays) to go back to Cornell for a checkup and a new set of x-rays.  I am going to be making an appointment for him on Monday.  I am hoping to have the farrier there examine and trim the foot and hopefully, he can show me just how much I can trim back without causing harm.  They had talked about putting an acrylic patch on the foot if it is healed enough on the inside and I think it may be time for that.  The patch would replace the dead hoof and support the foot while it grows out. 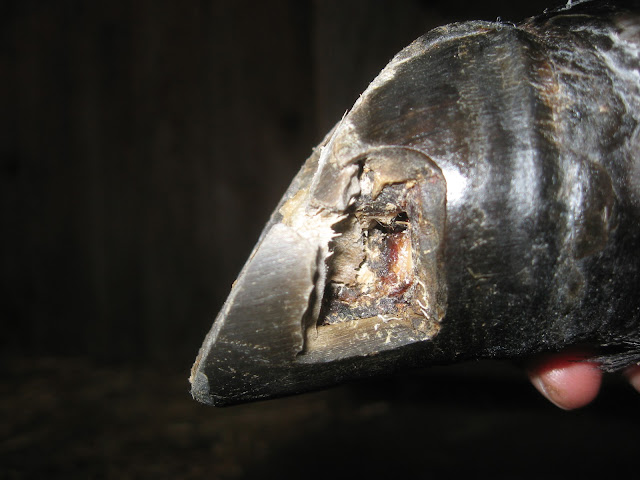 The heel bulbs are still tender, but have healed well.  The white-ish stuff you can see here is my beeswax salve which has helped a great deal.  I think it has helped with hoof growth as well.  Every time I change the bandage, I massage the salve into the entire coronet band and I have seen a dramatic increase in growth since I started doing that.  It may not look pretty yet, but it is healing and most importantly, it does not bother Ramsey much at all now.   It's progress anyway 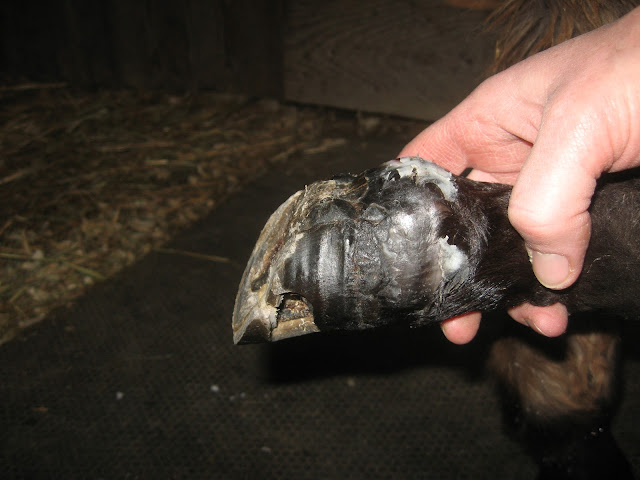 Posted by The Dancing Donkey at 11:38 PM