My friend Dave and I went and picked up Little Albert Einstein this afternoon.  I wasn't sure how much of a fight we would have getting him on the trailer.  To be honest, I was expecting a bit of a battle.  I have been working on Al's feet since last Fall - sort of, because he does NOT like having his feet picked up and he is most definitely capable of battle.  I've managed to get a few trims done, but mostly I have been working on gaining his trust and convincing him to work with me.  That paid off in a big way today.  He was afraid of the trailer and not happy about it at all, but I talked to him and asked nicely and he jumped on.  Al is a very brave, intelligent donkey and even though he was shaking like a leaf, he took the leap - very brave, tough little guy. 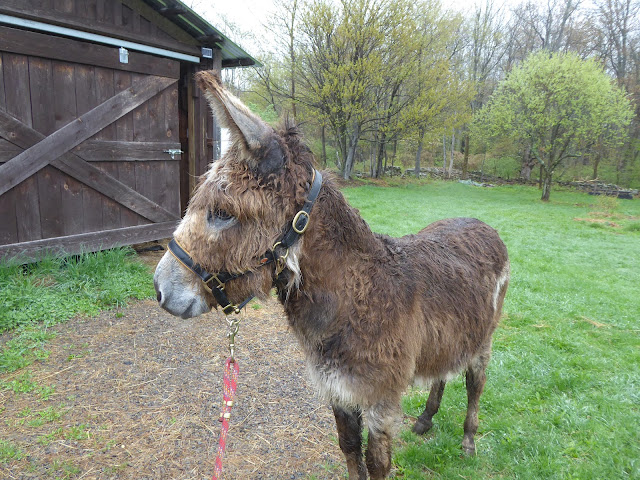 He was met with the full court press. 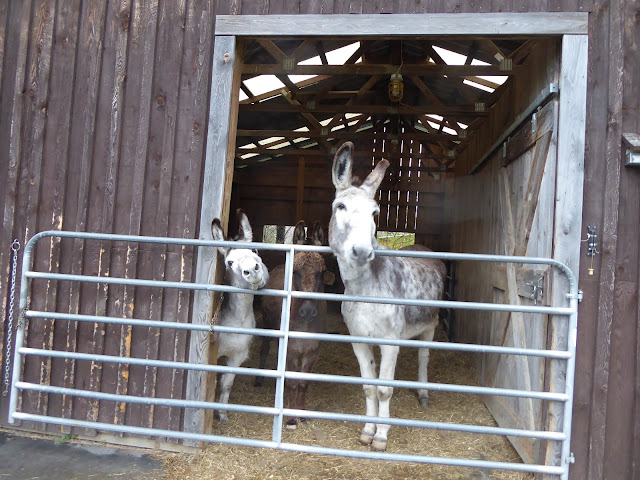 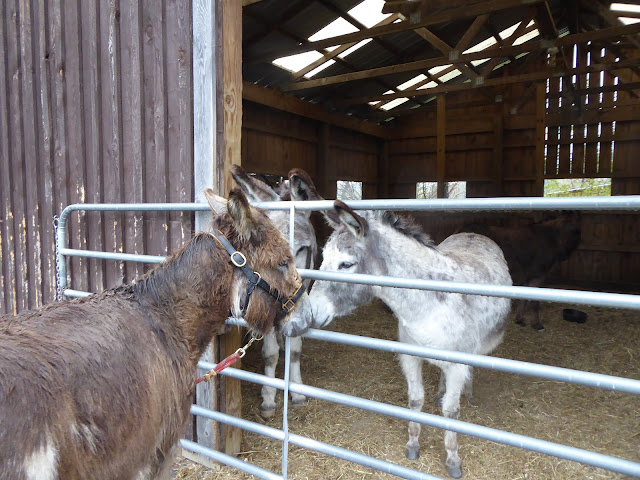 I had set up this nice little condo for him, thinking he could stay there for the night.  He HATED it.  He started pacing incessnatly any time I walked away from him and I could see him think about jumping out the windows. 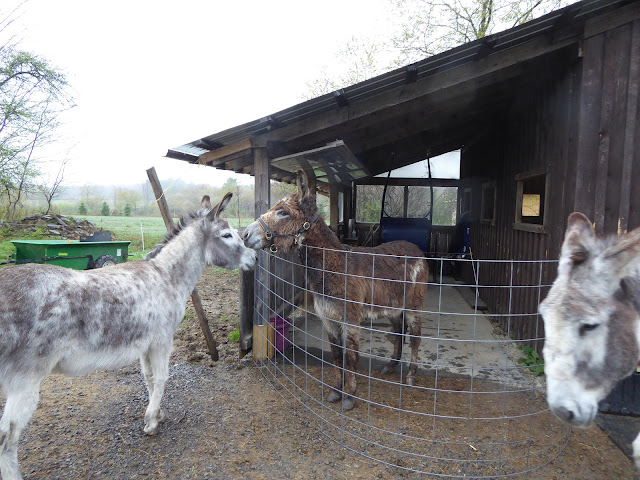 I gave them an hour or so to try to settle in and say hello over the fence.... 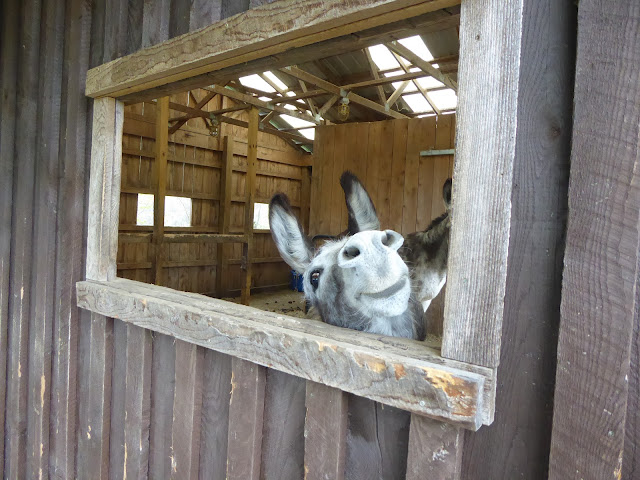 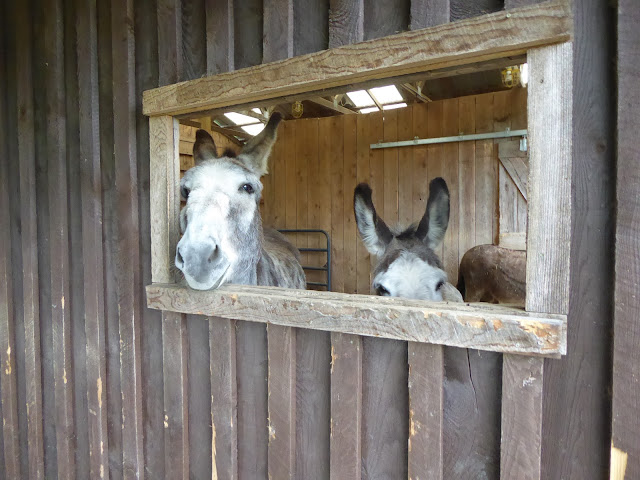 ...but is was clear that it was not going to work so I took Al out and showed him around a bit and then he headed right into the back of the barn.  I quickly set things up so he could stay there for the night and he was fine as long as I stayed with him.  I finally left them all to it and went in the house for an hour. 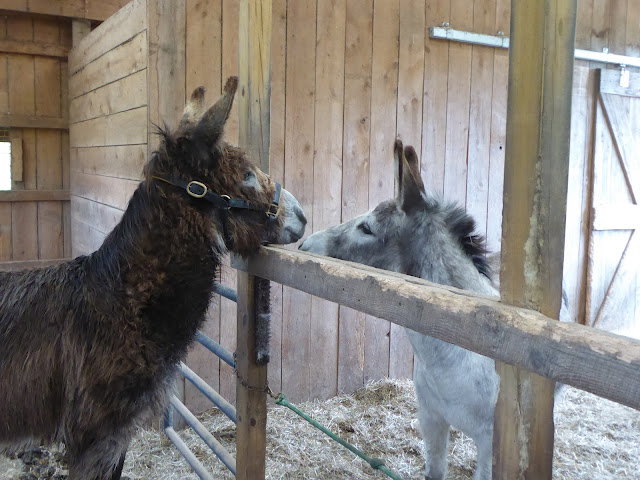 When I came back out, Al had resumed his pacing and had himself quite worked up and sweated through.  I have seen this kind of pacing in stallions who are kept in small pens all by themselves.  It becomes a habit that can be hard to break.  Al was gelded late and I think he has spent a little too much time on a small space at some point in his murky, neglected past.  Since he seemed to be very respectful of the fence and confinement was making everyone crazy, I gave up trying to impose my ideas of how introductions should go and let them do it the donkey way. 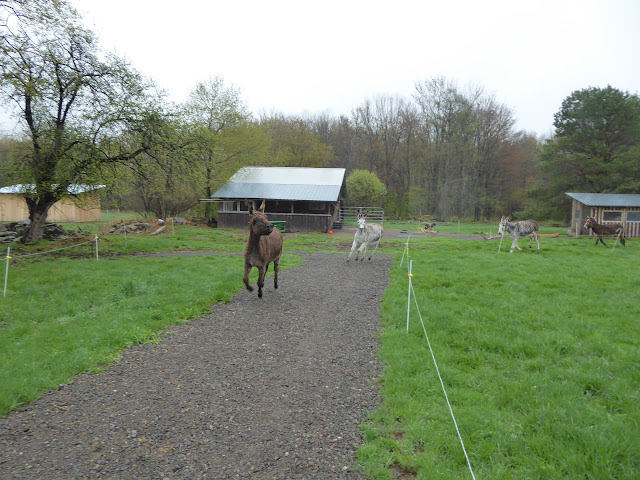 There was a fair bit of wild galloping around.... 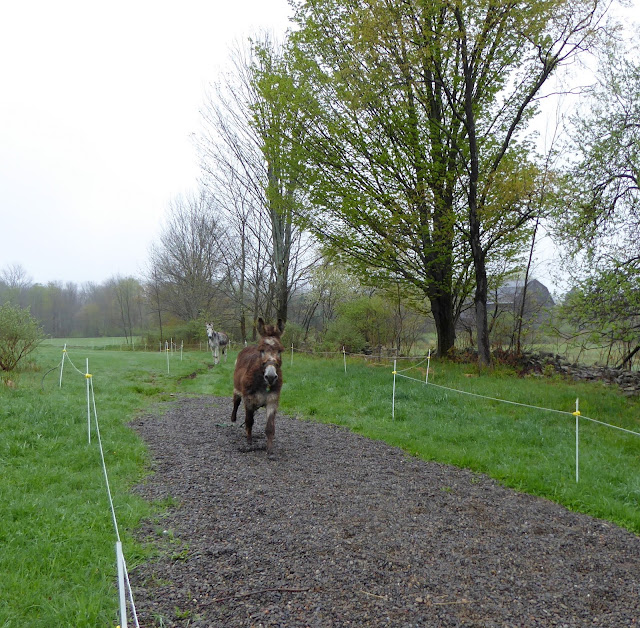 ...and then they settled down to discuss things.  Emma was intrigued and willing to talk, Ben was too - for a while.  Ramsey was intrigued but very wary and nervous, which is a huge improvement over terrified and appalled like he was when I brought Ben home. 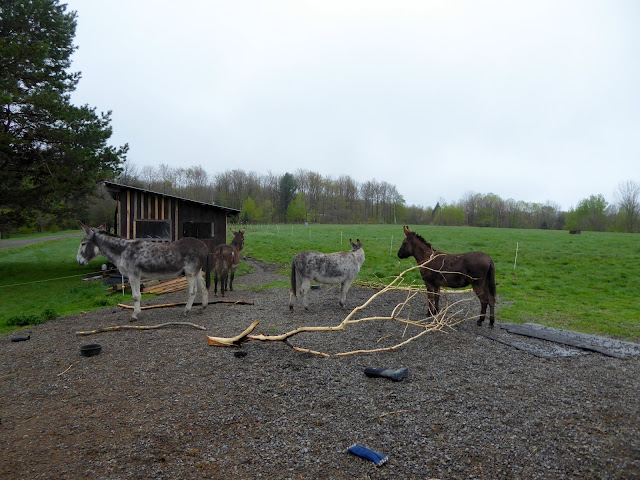 Ben was fine with Al until he got close to Ramsey and Ramsey took off in fright.  It is only recently that Ben and Ramsey have become good buddies, but as soon as Ramsey seemed upset, out came the Dragon and Ben put himself between Al and Ramsey to protect his friend. 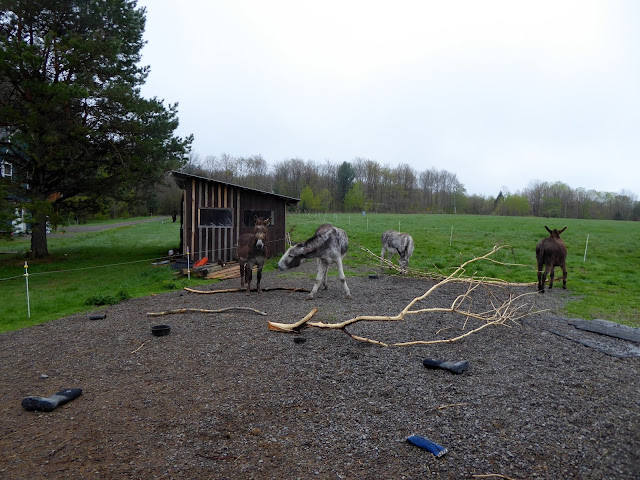 (I keep telling those boys that they need to put their toys away, but they never listen.  Boys!)

After a certain amount of excitement and exploring, things settled down into the long, slow process of donkey negotiations. 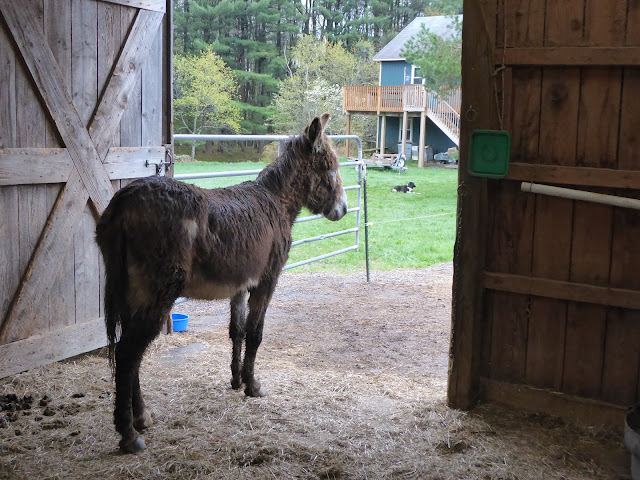 I am hopeful that Al will make friends much faster than the 18 months it took Ben and Ramsey, but donkeys make up their minds when they feel like it and that is all there is to it. 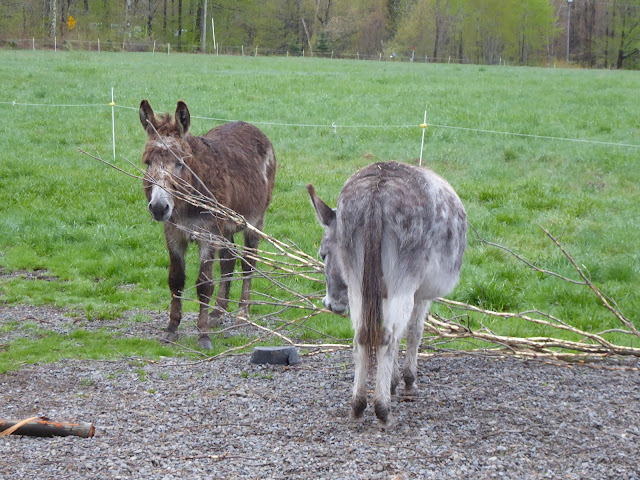 All is dark and quiet now though and, while my crew my be unsure, Al himself is very sure he wants to stick close to the herd.  I think he will integrate faster than Ben did, because Little Albert is not one to be put off easily. 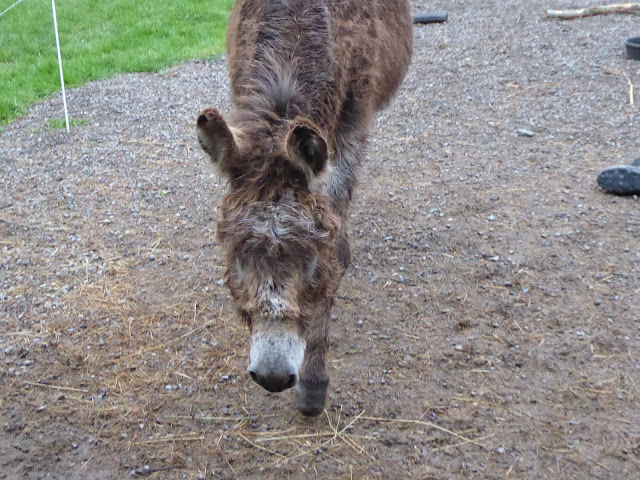 They will all come to terms in their own time... 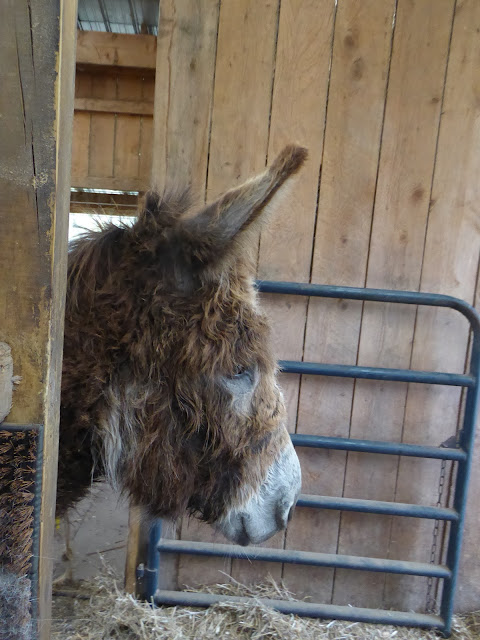 ...but I think they will make a nice little herd. 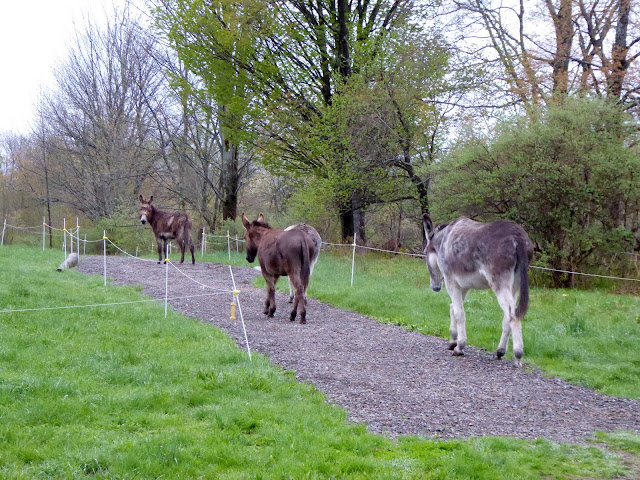 Posted by The Dancing Donkey at 2:52 AM