It is donkey shedding season and, with the sudden high temps, they can't seem to get rid of hair fast enough.  I take the shedding comb to everyone each day and I get half a dozen piles of hair every morning. 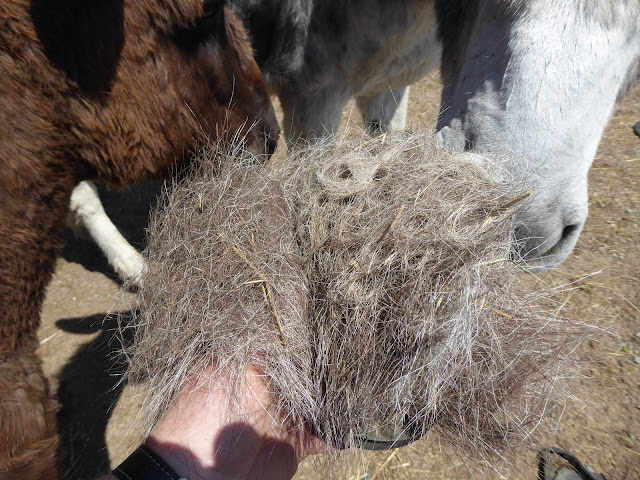 While Ben is also shedding in huge fistfuls and i have been working especially hard on him, he is terribly bothered by the heat because of the Cushing's disease. It causes problems with abnormal sweating, temperature regulation and shedding.  Even when it is only 70 degrees, he comes in with his chest wet with sweat and is he is very unhappy with the heat.  He was so miserable, I decided it was time for some extreme measures. 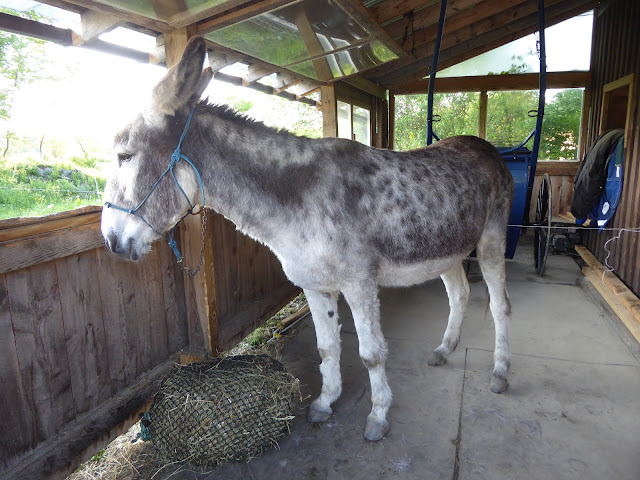 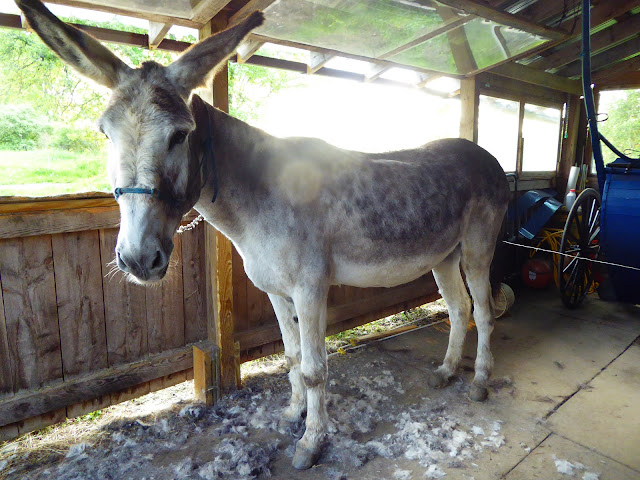 I have never body clipped any of my animals before as I generally believe that they do a fine job of it themselves.  However, dealing with Cushing's is a whole different thing and I don't want Ben to be unhappy.  So, I tried my hand at body clipping.... 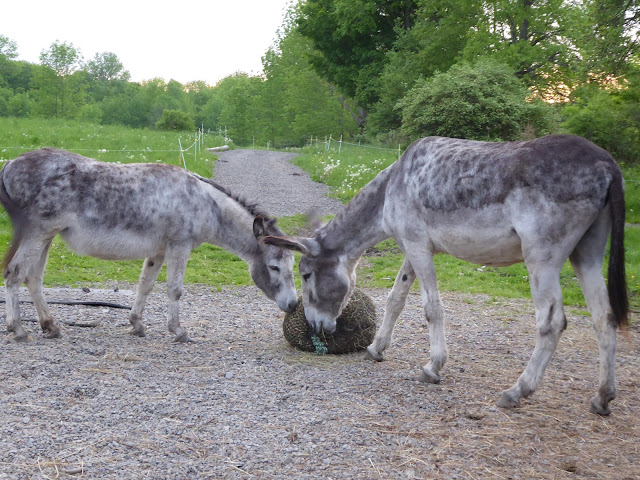 I was a bit sorry to shave off his mane as I rather like donkeys' stand-up manes, but it is only hair.  It will grow back, which is also what I told him about my rather choppy margin.  I did a sort of blanket clip that leaves the hair along his back as I am not sure just how naked he wants to be.  If he is still too hot tomorrow, I can always shave off more.  Gluing it back on is not so easy.

Albert was also looking rather warm this morning and I was awful tempted since the clippers were right there in my hand.  However, I don't think Al has ever seen clippers before and trying to shave through all that fuzz is not the way to introduce them so he remains in his wooly coat.  For now.

Probably just as well as I have already swept up enough hair to make a whole new donkey. 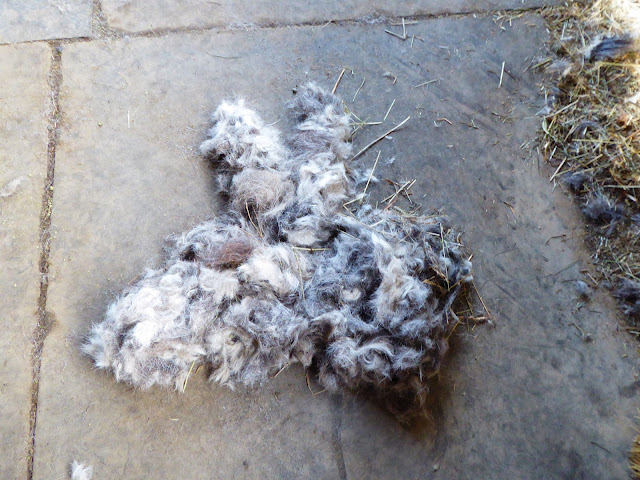