A Little Moment of Panic

I woke up this morning at 6 am and looked out the window to see 4 donkeys happily wandering around so I turned around and went back to bed.  At 7am, my dog woke me up barking at something in a funny way so I got up again and only found three donkeys happily wandering around.  Hoping that number 4 was just hiding behind the shed, I threw on clothes and went to check.  I am definitely not a morning person, but even I can count to three in the am with sufficient application of panic.

I headed out for search and rescue, worried that I had managed to lose the new donkey in less than 12 hours.  However, much to my relief, I found Al out in the back field, running the fence line trying to figure out how to get back in.  I called him to me and, much to his relief, he followed me back to the herd. 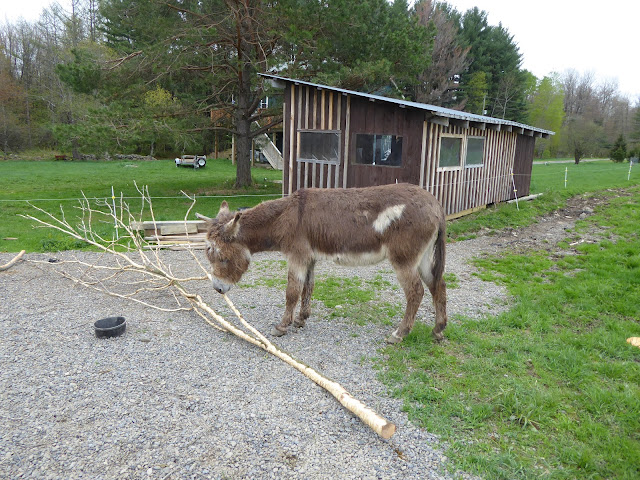 Everyone is still trying to figure things out, but Al is not one to get left out of things.  He manages to quietly squirm his way into everything.  This is the closest he and Ramsey have gotten so far.  It took months before he would talk to Ben. 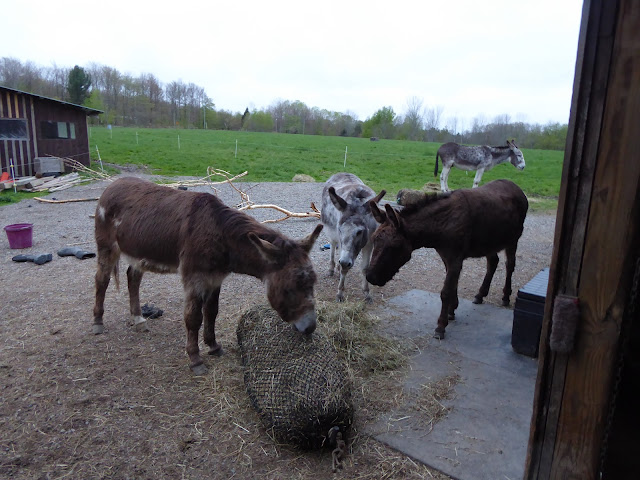 Al had just arrived at the hay net and Ramsey was more intrigued than alarmed.  My little chocolate donkey has learned a lot from Ben about how to get along with new donkeys and he is much less alarmed and offended than he was when poor Ben got here.  Speaking of Ben though, see him back there?  He has just noticed that the new guy is awfully close to HIS herd. 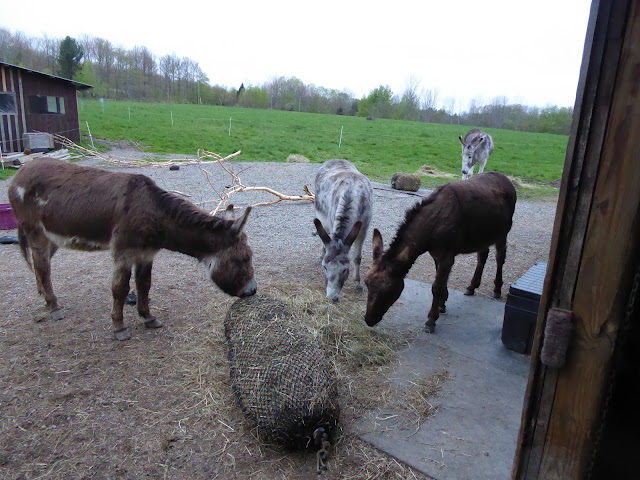 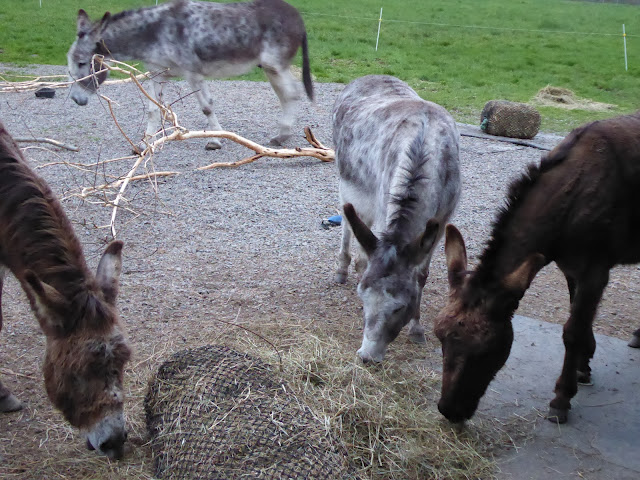 The dragon deciding whether or not to breathe fire.... 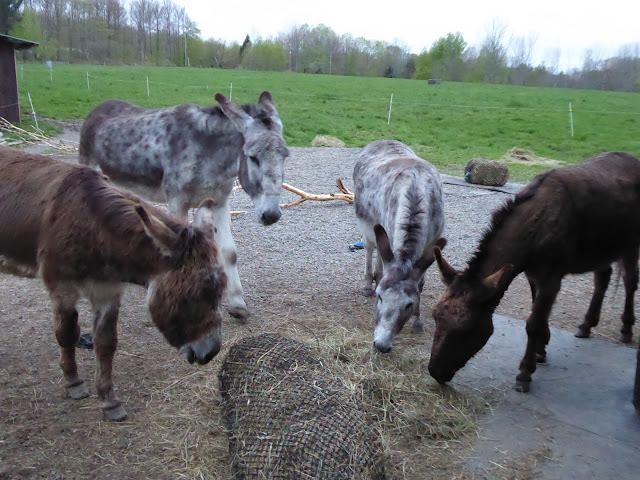 Thinking maybe he can live and let live... 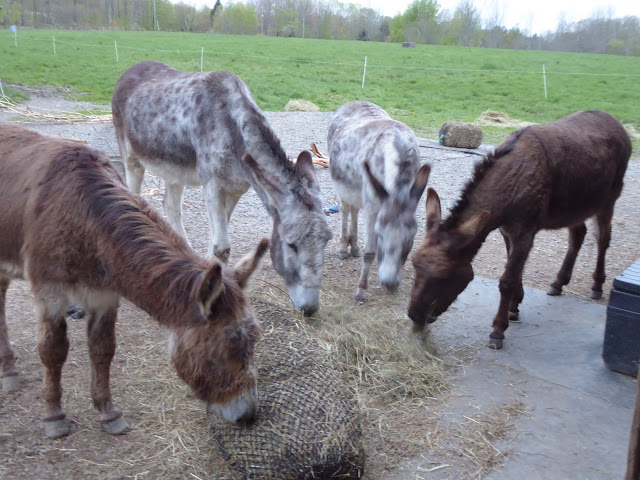 ...but then Ramsey's head comes up and he thinks about backing up and The Dragon steps in to guard his buddy. 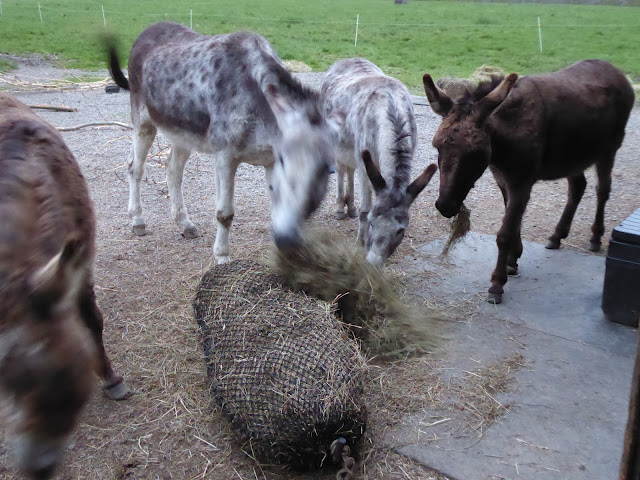 All in all it is good progress for just 24 hours despite the momentary panic.  I learned that I can trust Al to stay with the herd even if he somehow gets himself in a bad spot.  Ramsey is taking this new addition much better and I am glad that he has learned how to be part of a real herd, it is good for him on many levels.  Al can handle himself without getting upset or causing trouble and my Dragon will keep the herd safe and in line.  Not bad for a day's work.
Posted by The Dancing Donkey at 1:02 AM