Things are muuuch slower and more cerebral with donkeys.  They look at each other, maybe get close enough to sniff, then they back off, pretend the other doesn't exist and go their separate ways to think about the situation.  They come back later and repeat, getting a bit closer each time, but still backing off to think things through.

The only place this does not work well is in the barn where things can get crowded.  Emma and Ramsey are still very intimidated by Ben and he is a bit pushy about food.  He is not mean about it, but they get scared and want to escape, which can be problematic in the an enclosed space.

So, I got out the power tools and made some minor changes.

This is what the back of the barn has looked like for the past several years (minus the big donkey)..... 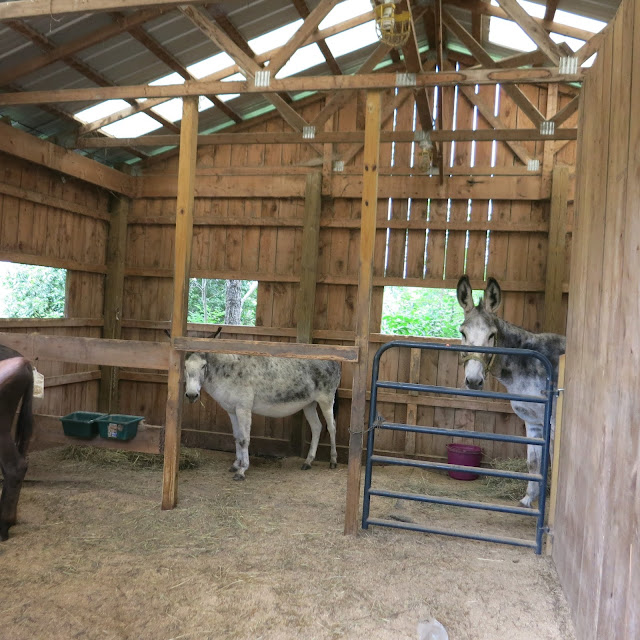 That back, left corner is Emma's favorite spot.  It is where she chose to give birth to Ramsey.

Emma and Ramsey can duck under the center board and put a barrier between themselves and Tessa if they want to.  She is good to them, but they hate feeling crowded, especially Emma, and this partial wall gives them a space of their own to feel safe. 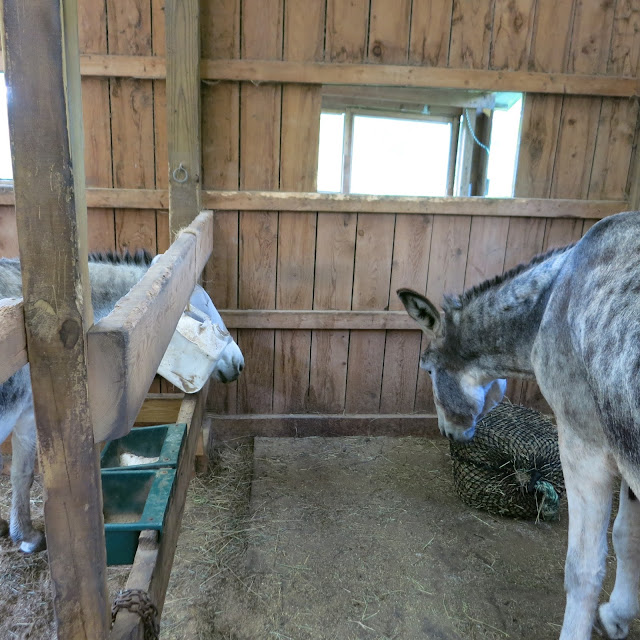 It still works great if I lock Ben in that stall, but that is not a viable long-term option. 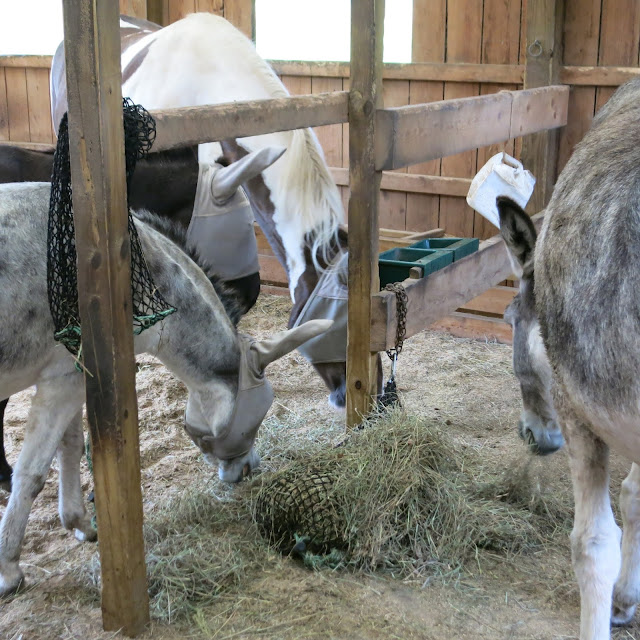 I took the stall partition down.... 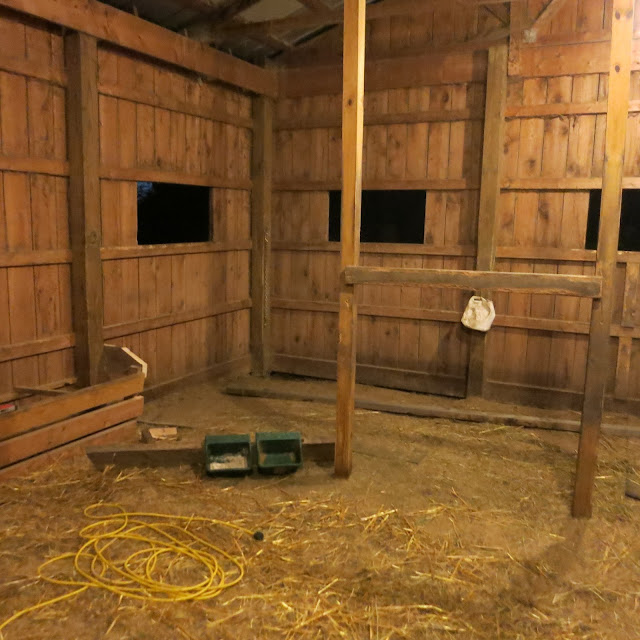 ...and replaced it with a single long board that little donkeys can pass under easily and big donkeys cannot. 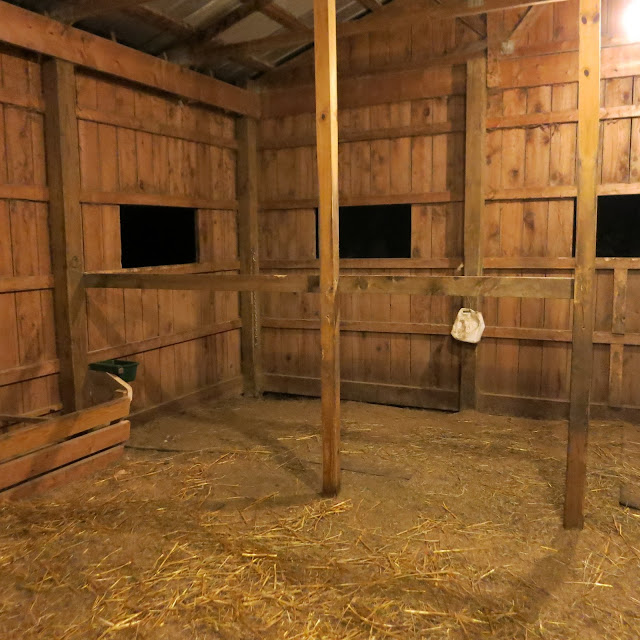 If I have to, I can add another board down the center and create a space that is accessible to little donkeys only.  We will see how this works for now though.  Hopefully, they will all keep thinking about things and eventually decide, in their own donkey way and in their own donkey time, to get along.  For now, I just want everyone to be safe and not feel threatened.

The key to having a happy herd is to make sure that everyone feels safe, well fed, and not crowded.  If any one of those three things is lacking, there will be problems.  Which is true for all animals, including humans.  It is too bad we so often forget, or choose to ignore that.

Posted by The Dancing Donkey at 11:49 PM