Ben There Done That

Ben was half of a team of mammoth driving donkeys - Ben and Bodie.  I may not have all the sequence right, but I believe they were originally from Montana.  They went to Idaho for training and from there to Missouri (I think??  I need to check all that.), then to North Carolina.  They came to New York about two years ago to be a driving team for their latest owner.

This was actually the second team of mammoth donkeys he had bought.  One of the first team contracted EPM shortly after coming to NY.  EPM is a very nasty protozoa disease that attacks the spinal column.  It is one of those cruel, parasitic diseases that are impossible to guard against and is difficult to treat.  It can sometimes be treated and sometimes not, depending on what part of the spine is affected.  Unfortunately, this was a very bad case and the donkey was euthanized when she could no longer stand.

Mary, that gorgeous Catalonian donkey, was to be her teammate, but she is not trained yet. 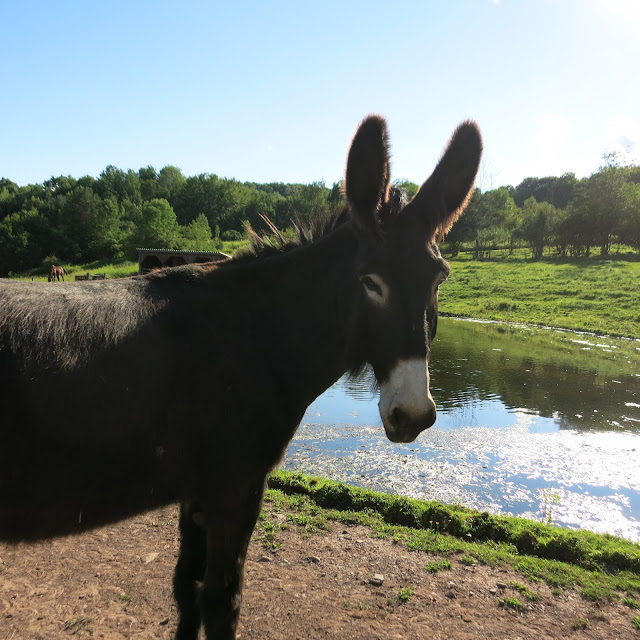 Not wanting to give up on his dream, the owner then bought Ben and Bodie.  In a cruel twist of fate, Bodie was injured somewhere along the way and he developed a problem with his hip/pelvis/stifle.  It is difficult to pinpoint where the problem is and it is not easy to see unless you are really looking for it, but there is something not quite right in his left hind.  He is still mostly sound and certainly happy in his pasture, but he is not up for driving on the kind of hills we have here.  He would probably do fine if he lived in Kansas, but not on these hills.

After so much heartbreak and trouble, the owner finally gave up on the idea of having a team of mammoths and bought a pair of Standard bred horses instead.  Standard breds are common here as the harness racing industry produces and discards thousands of them every year.  When their racing careers are over, they generally end up going for slaughter or the Amish buy them and use up what is left before shipping them to slaughter.  This lucky pair made it through both the race tracks and the Amish and landed on a small farm where they go out for a pleasure drive a few times a week.

That leaves Ben and Bodie with no job.  The owner needs a team to manage the wagon he has and Ben is the sole donkey up for the job.  Since he can't do the job alone, and the Standard breds are working out well, the owner is looking to consolidate and have a few less mouths to feed.  Bodie is now retired and may be available to the right home as a companion or light duty.  If it is not the right place though, he will stay where he is.  These are VERY nice and much loved donkeys.

Ben and Bodie are in the 11-14 age range.  They are both 60 inches tall and have both riding and driving experience. 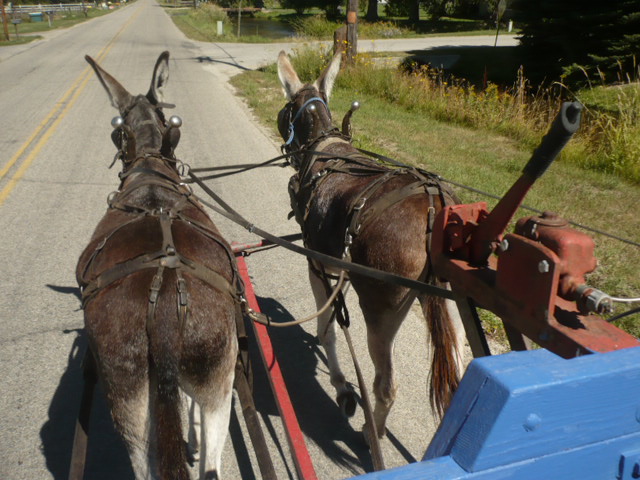 Ben's fancy, official name is Ben There Done That and it suits him to a tee. 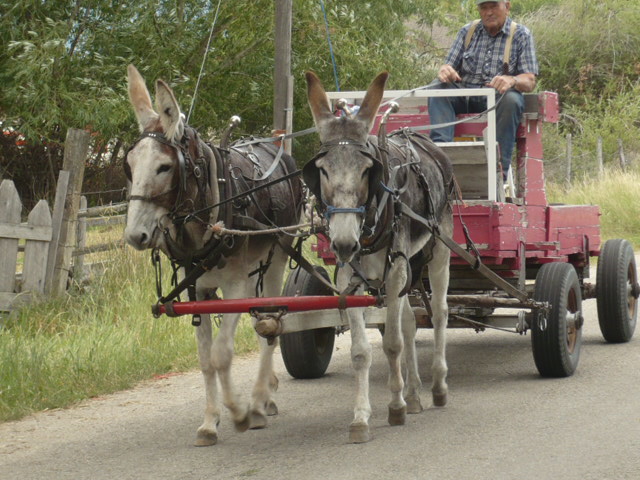 If I had to choose one word to describe him so far, it would be: phlegmatic. 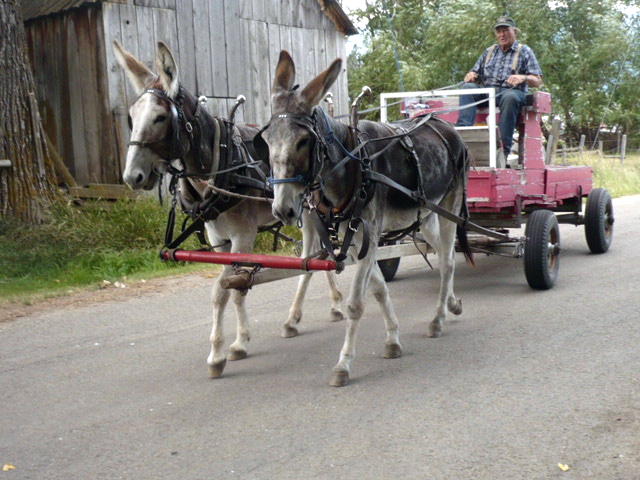 Phlegmatic with the thread of devilish mischief that lies at the heart of all donkeys:) 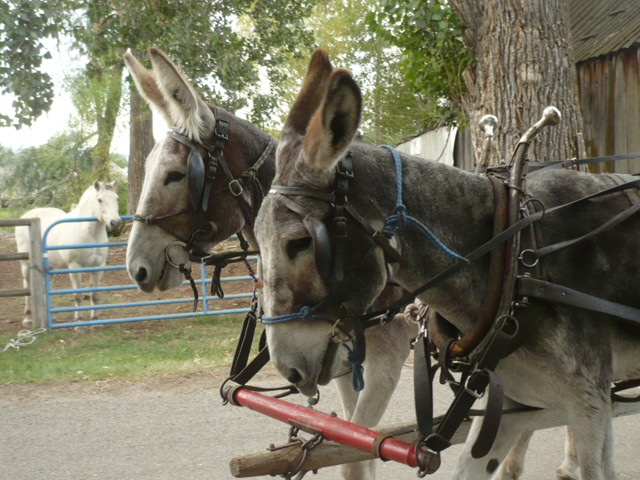 Ben does have a been-there-done-that attitude though. 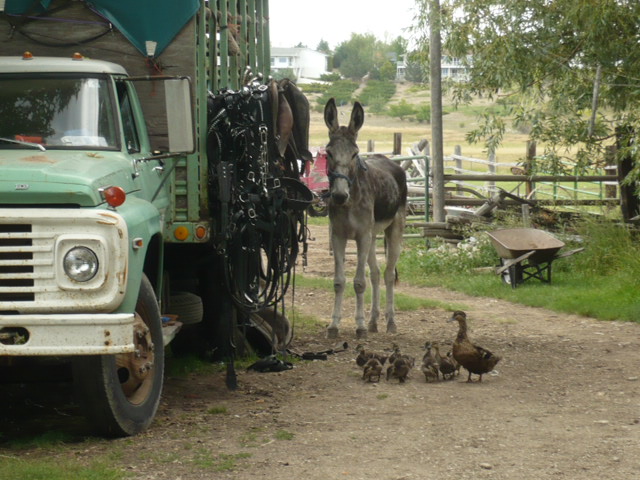 He is also very well mannered, kind, sweet and lovable. 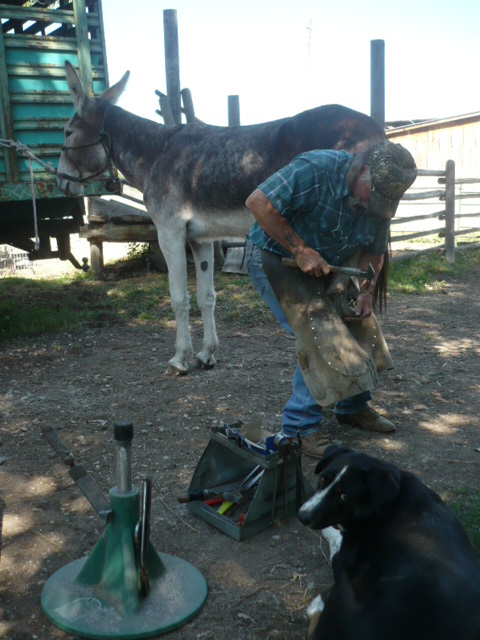 With a booming, sonorous voice that sounds remarkably like a foghorn. 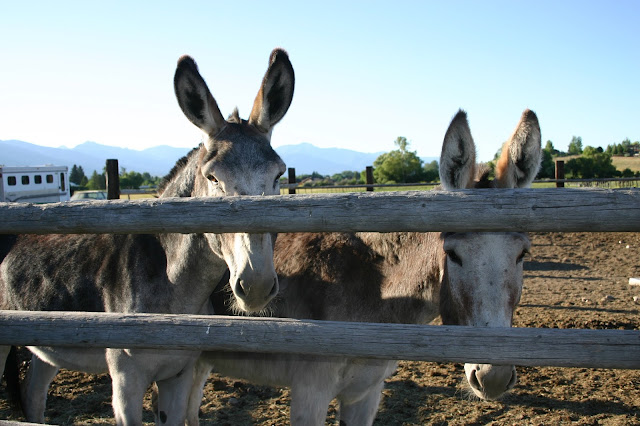 Posted by The Dancing Donkey at 12:45 AM