I am not the only one in this family who has a deep interest in all things relating to hooves.  Ramsey also has an intense fascination with hoof trimmings and all of the farrier tools that go along with it, especially the rasp and the hoof stand. 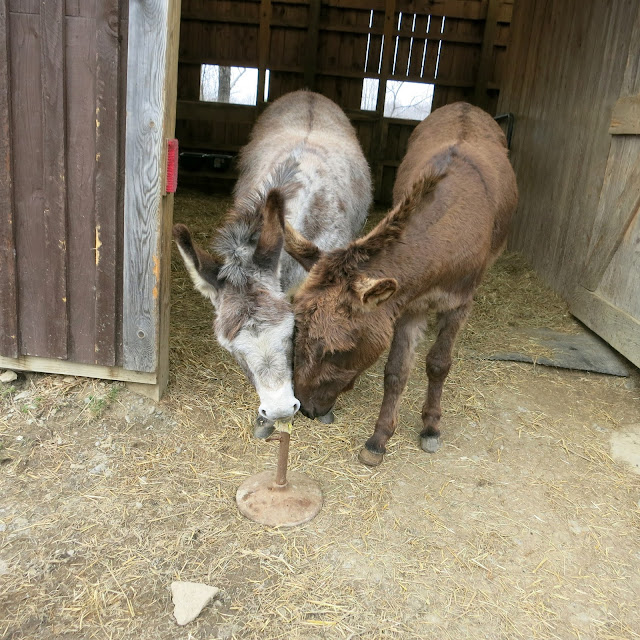 Whenever I get the hoof stand out, it lures Ramsey over like candy.  He'll sniff it, chew it, lick it and even eat the hoof shavings produced from rasping feet.  Emma is interested as well, but in a much more cursory way.  She'll give it a good sniffing, especially after I have used it for strange horses, but she loses interest quickly and moves on.  Not Ramsey.

I have been observing and thinking about this behavior for quite a while now and I have a theory.  It is only a theory and I would be very interested to hear if other donkey owners ever notice similar behavior.  I'd particularly like to hear from other owners of jacks or geldings because I think this may be a "guy thing".

Many animals, including donkeys and horses, have scent markers in their feet.  It is an efficient, passive message system that leaves behind them a clear trail that can be followed even in the dark.  If they travel over ground that has been previously used, they can tell and know that they are on safe terrain, which is of paramount importance to hoofed animals.

They can also tell how many other animals, and what kinds, have used the same trail.  If those others are familiar, they know they are in a safe area.  The scent trails they encounter in their travels gives them far more information than what they can see.   It is also a way to establish and mark territory as well as giving them warning if they are about to accidentally invade another territory.

Predators try to mask their scents by eating and rolling in the manure of their prey.  You'll often see cats and dogs lick their paws after eating manure, which helps mask their own scent markers and make them smell like prey.  The next time you see your sweet puddy tat licking her paws and washing her face, it's probably because she is thinking about killing something. 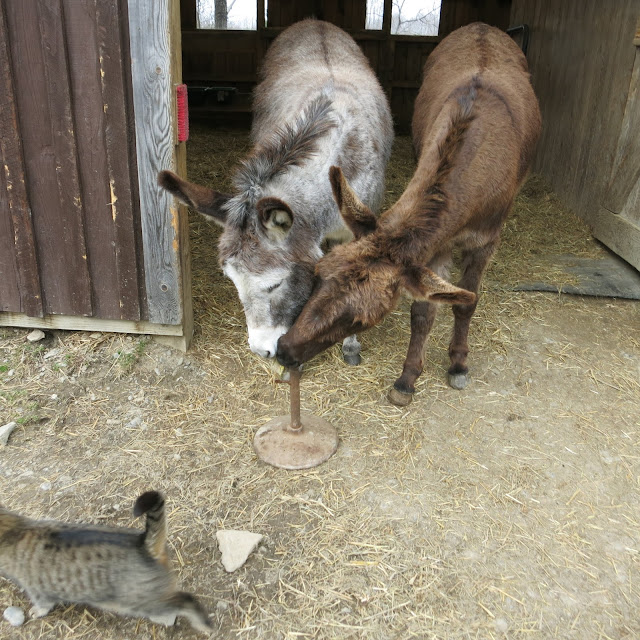 Donkeys are highly territorial animals, quite similar to dogs in that way.  In the wild, jacks stake out an area and defend it from others.  They mark their areas with "jack piles" (or "stud piles" as horse people would call them), which are heaps of dung that are very deliberately built and placed by stallions.  Jennys will enter a jack's territory for breeding, but rarely stay.

There are good reasons for this as donkeys come from arid regions with very scarce resources.  They cannot often travel in herds the way horses do because the land they rely on won't support more than a few animals at a time.  Instead, they stake out territories that are spread out over a large region.

Both jennys and jacks mark with urine as well as dung.  When Ramsey was a baby, Emma always urinated on top of any place that Ramsey went.  As he started to mature, this began to switch around and it completely reversed after Emma weaned Ramsey.  I have also seen Emma deliberately urinate into puddles when we are out walking in the woods.  I have never been able to figure out if she is marking an area or hiding her scent by doing this.  It is the one time when Ramsey will not mark on top of it.

I have long been convinced that donkeys rely on scent far more than horses do.  Again, they are much more like dogs in that regard.  We humans tend to be rather oblivious to this facet of their biology, which leads to a lot of misunderstanding of donkey behavior.

With all of that in mind, it only makes sense that donkeys, especially jacks, would be intrigued by the smells attached to a hoof stand (like this fancy new red one that I got as a stellar birthday present a couple months ago). 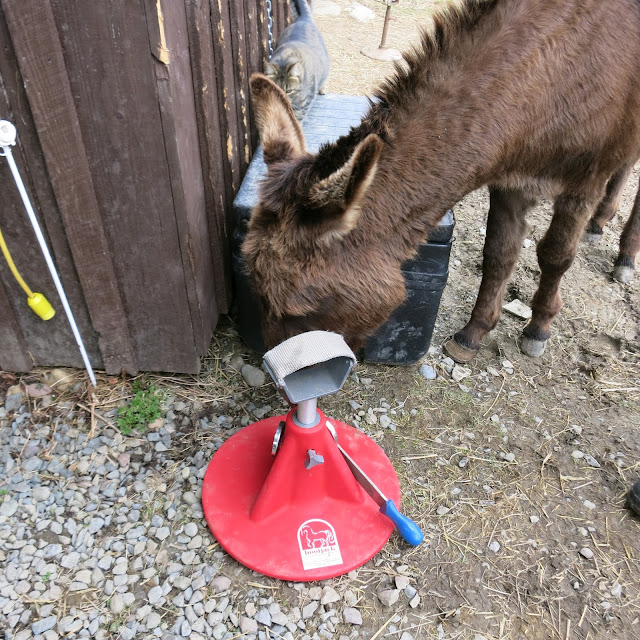 When I put a set of Easyshoes on Tessa, Ramsey's interest grew even deeper.  I am sure this is because the shoes prevented the scent on her feet from wearing off on the ground as it is supposed to and instead, concentrated it under the shoe.  Ramsey does not go around sniffing feet except when I begin working on them, then I sometimes have to lock him up just to get him out of the way.  When I began working Tessa's feet a couple of weeks ago to reset those shoes, Ramsey took his fascination to a whole new level....


I believe Ramsey's fascination with feet is related to his natural instincts to create, mark and defend a territory.  Either that, or I have a very weird donkey with a foot fetish:). 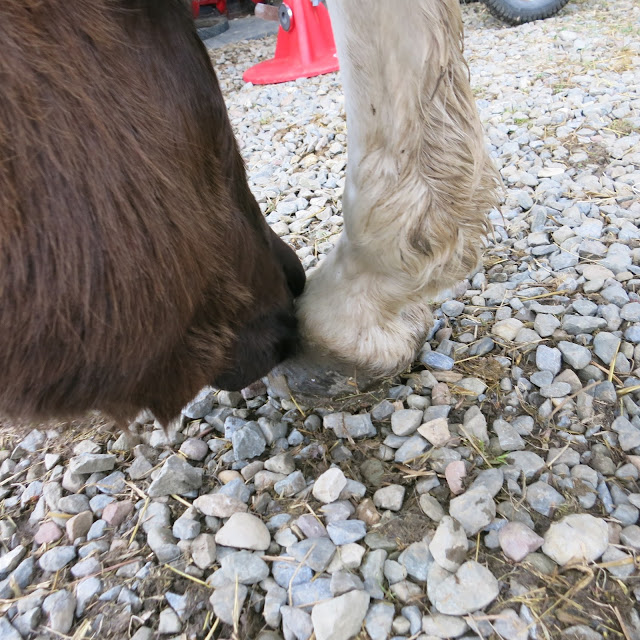 Posted by The Dancing Donkey at 11:47 PM