To Bee or Not To Bee

I used to be a beekeeper.  I never managed to get much past the amateur-owner stage, but I had hoped to.  At one point, I made it up to 15 hives that I thought were all strong.  I figured at least 2/3 would make it through the winter and I would be able to expand further the following Spring.  This was several years ago, just when Colony Collapse Disorder was first starting to gain a bit of press.

When Spring came, all 15 hives were dead.  A couple died from normal winter problems.  One got wiped out by skunks.  The rest were just gone.  There were baby bees in the combs, lots of honey in the larder and NO bees, which is what happens with CCD.

Keeping bees is a tough business.  The bees are plagued with mites and disease.  The honey they produce sells for pennies a pound because of stiff competition from cheap, poison tainted honey flooding in from China.  Equipment is expensive and so are the bees.

Keeping bees can be brutally heartbreaking.

And yet, there is something very satisfying in tending a hive, in watching the flight of busy bees, in sitting next to them on a sunny day and listening to the quiet, vibrant hum of life.  There is satisfaction in pressing your ear up against the cold side of a hive in deep winter and hearing the quiet thrum of survival.  Honeybees are fascinating creatures, so profoundly alien in their endeavors and yet, so similar in their goals.  We all just want to survive and thrive.

I came to think of individual bees as cells, much like a red blood cell. A single honeybee cannot survive on her own.  The hive can lose a few cells, but cannot survive if it loses too many.  Every bee is a cell, with a job to do and a path to follow.  The hive, as a whole, is a distinct organism whose blood flows throughout the world.  They are the living proof that we all share the same circulatory system.

I've gathered up some of my old, abandoned hives and I am trying to decide what to do with them.  It looks like a pile of junk, but there is real potential there.  Most of these could be full of bees in a couple of months if I want to invest in them again.  The price of buying new bees has more than tripled in the past five years though and they can be hard to find.  At $150 each to reestablish a hive, this could be a large investment.  Aside from the money, I am not so sure my heart can afford it either. 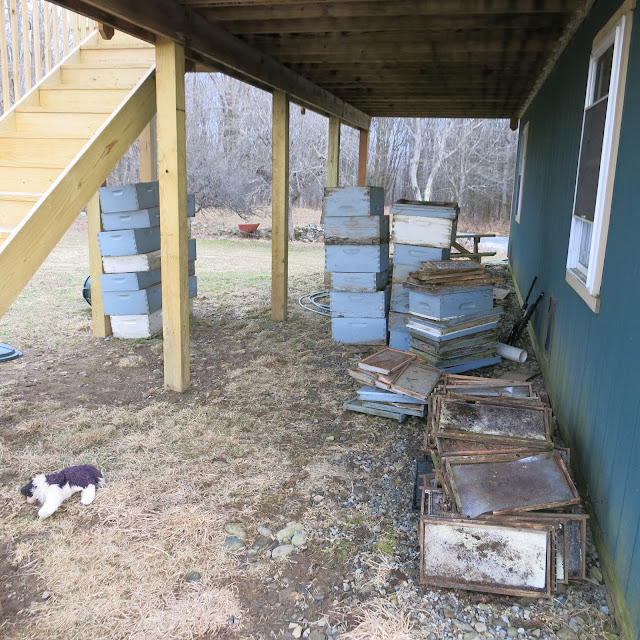 A lot of this can be salvaged and I have more hives stacked in FB's Quonset hut that are in excellent condition.  Some of them are still brand new, not even painted yet.

Some of it is beyond repair and not worth bothering with. 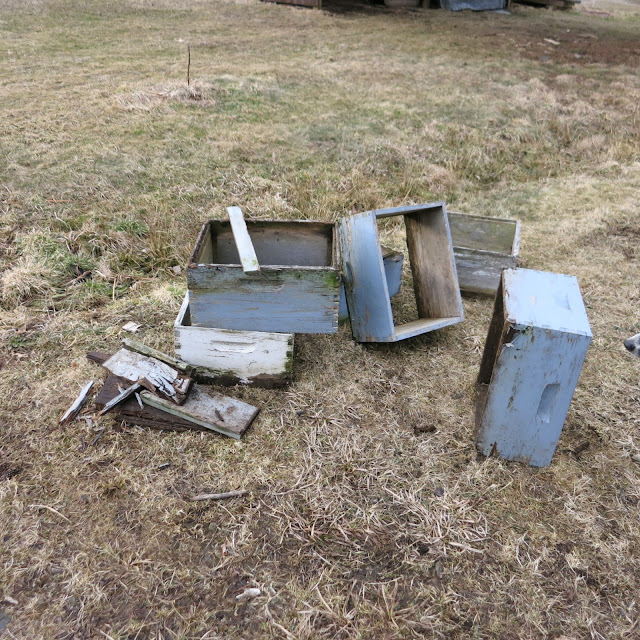 And some of it is just down-right sad.  I found several frames of comb that had been full of capped larva.  Each one of these cells holds the remains of a dead baby bee.  This hive died just days, even hours, before all these babies would have hatched out.  They probably froze because there were not enough adult bees left to keep them warm. 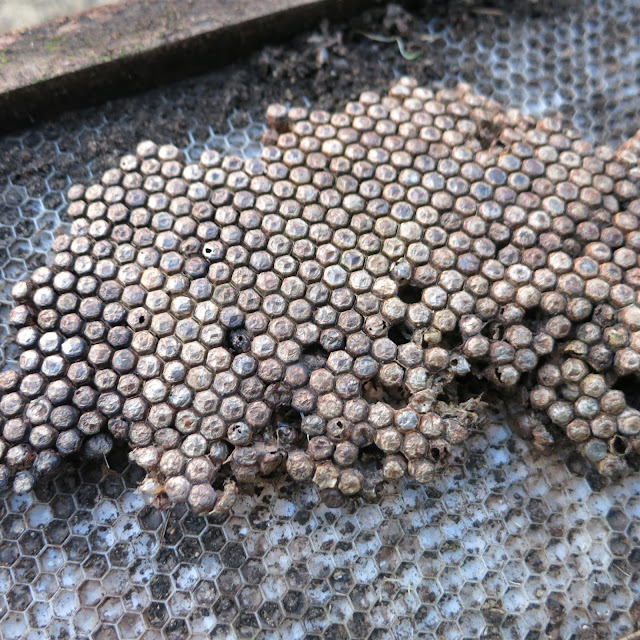 There should have been.  This came out of a hive that was chock full of bees and honey going into the Fall.  There was still at least 50 pounds of honey in this hive when it died in late winter, more than enough to feed them through the rest of the cold.  But, there were no bees.  None.

The hives were all over at FB's place and I have not been able to keep a hive alive since the farm down the road from her started growing corn.  I do not think that is a coincidence.  A toxin introduced into the bloodstream cannot be removed.

And so I come to that age old question, to bee or not to bee?  Do I scrounge up the money and the fortitude to buy enough bees for just one or two hives and try again here on Hellwind Hill or do I list it all on craigslist and let someone whose heart is more whole try where I failed? 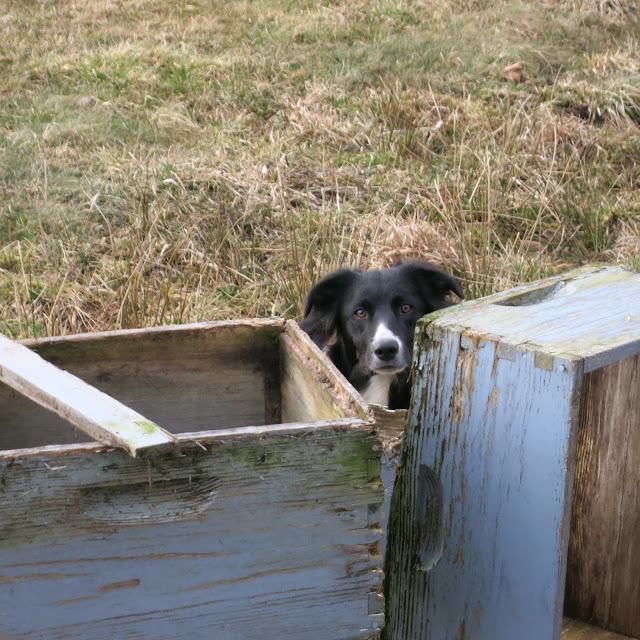 Posted by The Dancing Donkey at 10:53 PM