For those who were interested in this odd structure.... 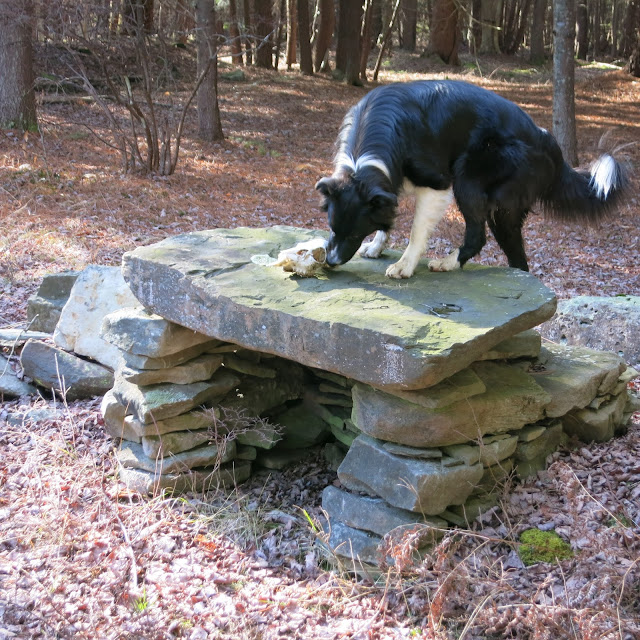 It is on my neighbors property and I believe it was/is part of a camping/party area somone set up some years ago.  There are swing-sets and stone benches nearby as well as a pet cemetery.  I know this only because of the headstones next to the swing, under a nice tree, that read Mouser and Oreo.  It might seem a bit odd to put the cemetery next to the playground, but isn't that the point?  So that our lost friends can stay near us?  I have to appreciate the sentiment at least.  Anyone who takes the time to chisel out the name of a pet on a stone slab wins a few points in my book. 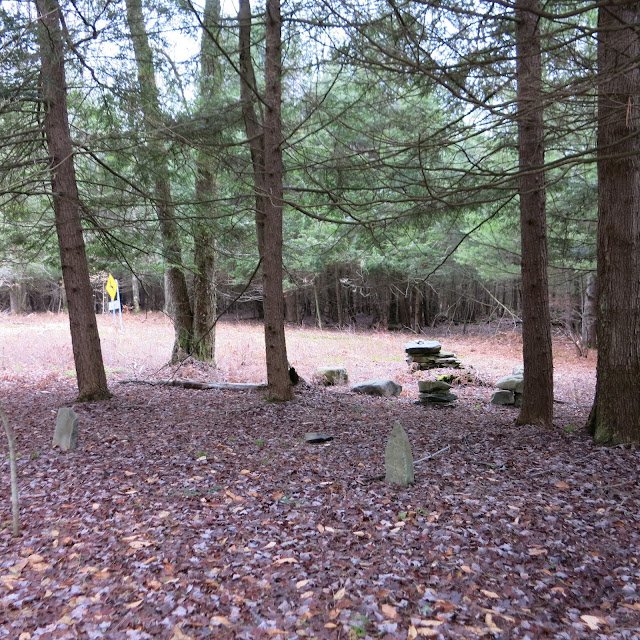 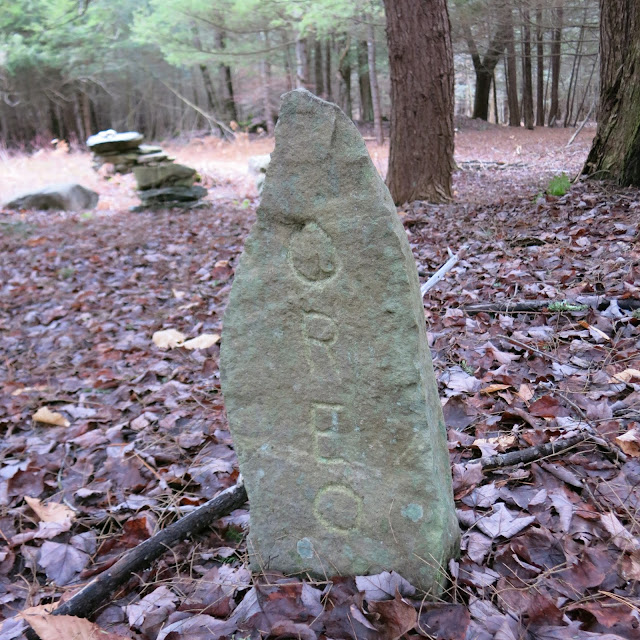 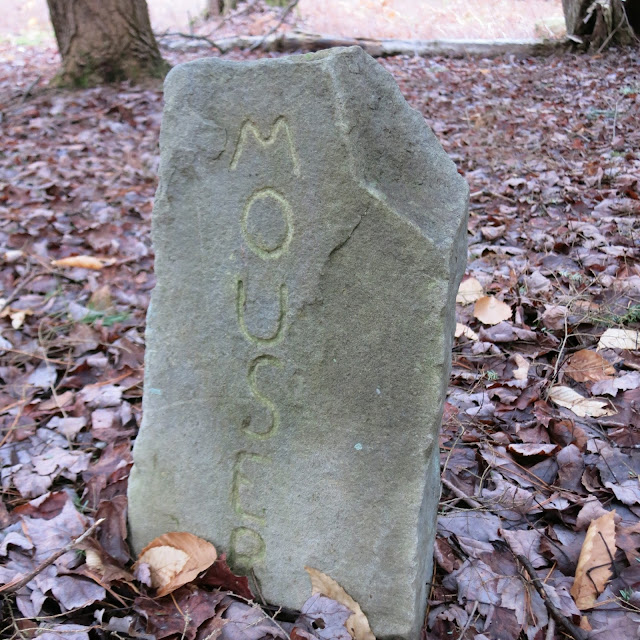 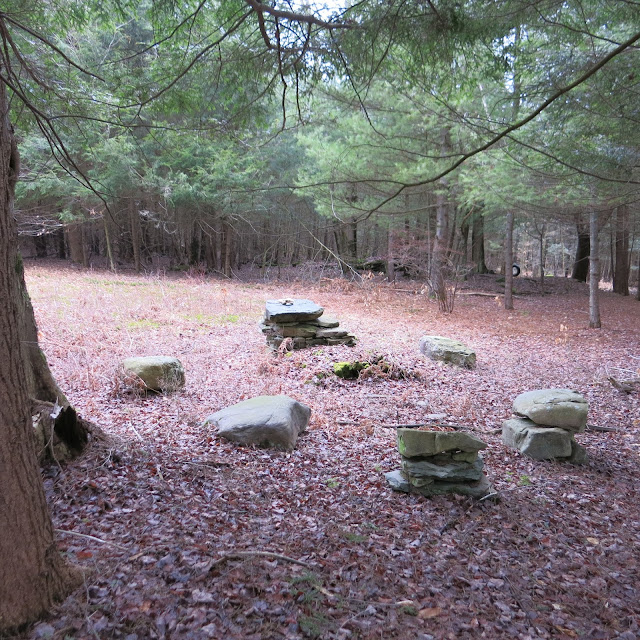 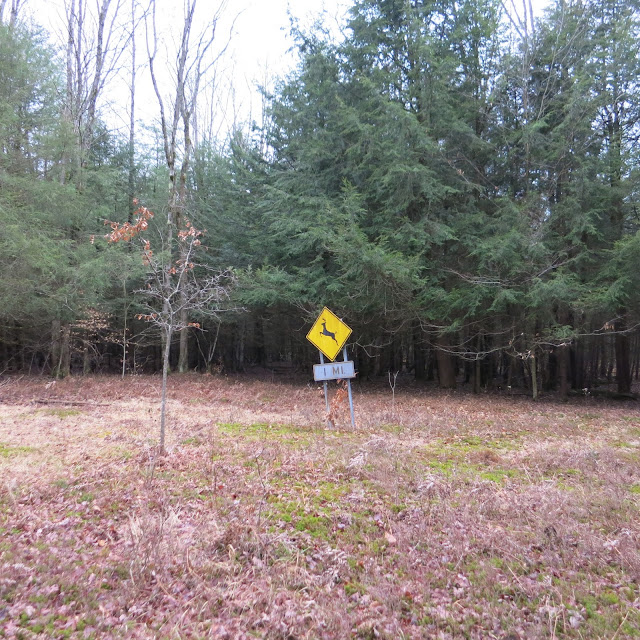 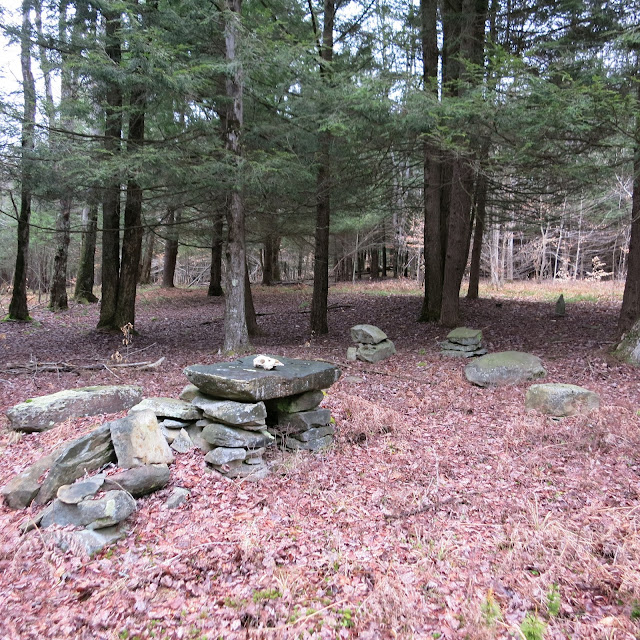 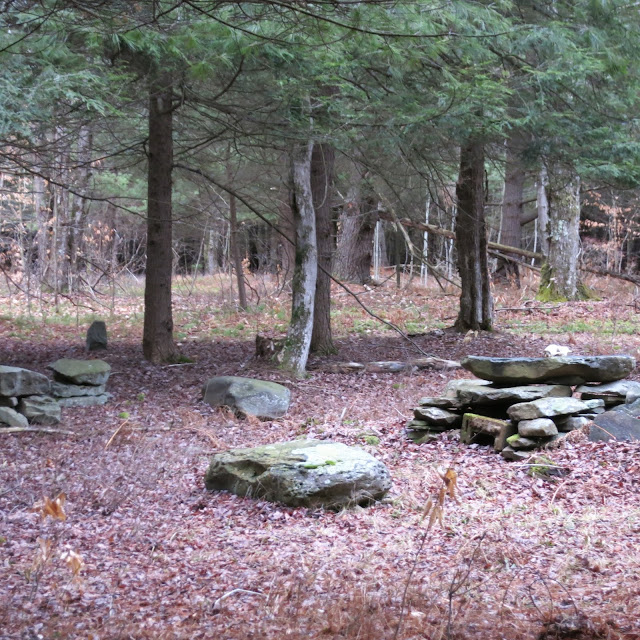 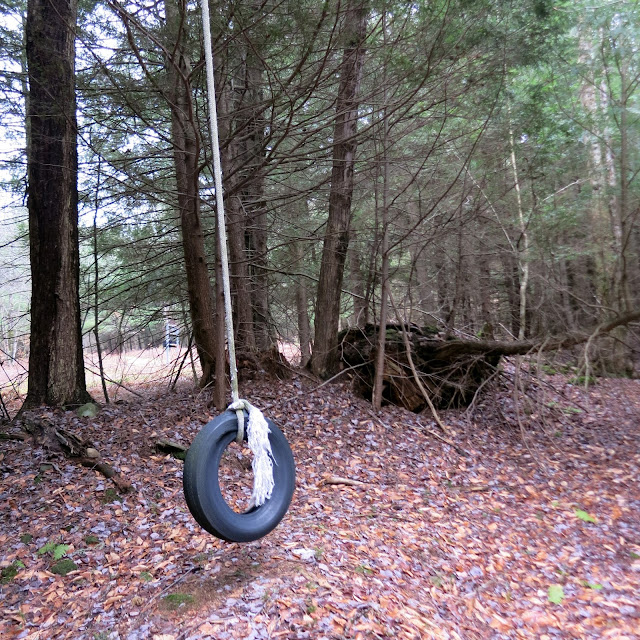 As for the skull, the current owner of the property must have put it there, so carefully centered.  He is a pretty decent guy and I suspect he saw the irony and amusement in the gesture.  It's kind of amazing what one skull can do as it does give the whole area a rather creepy, alter sort of vibe.  In an odd way, it sort of completes this spot with its abandoned and rotting swings, benches that are sinking into the ground and old pets long dead and left behind.

Other than Connor checking it out and taking a few pictures, we left it alone. I often find little oddities out in the woods left by previous occupants or passers-by.  Unless it is garbage, I leave it alone other than to wonder at the motivation of whoever left it behind.  In a thousand years, those stones that say "Mouser" and "Oreo" my be as mysterious and enigmatic as the petroglyphs.

If nothing else, the skull made for a rather interesting still life. 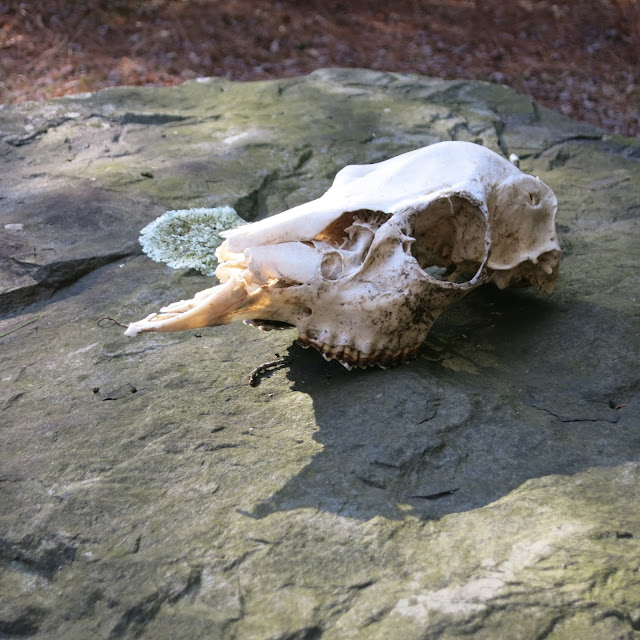 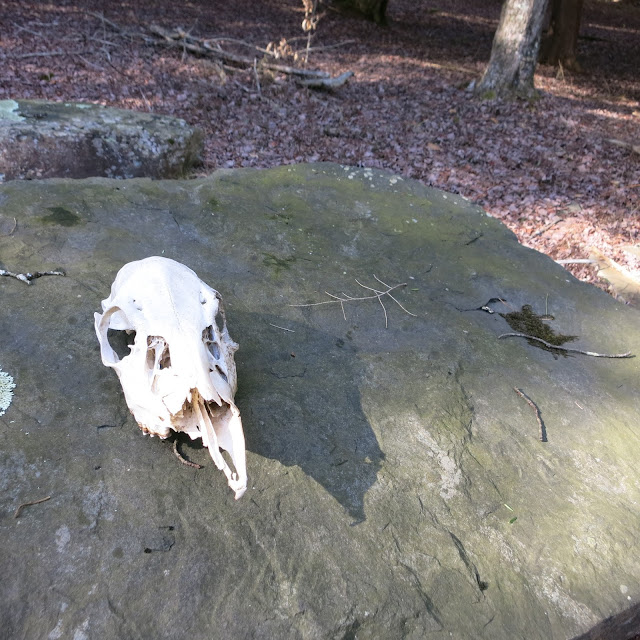 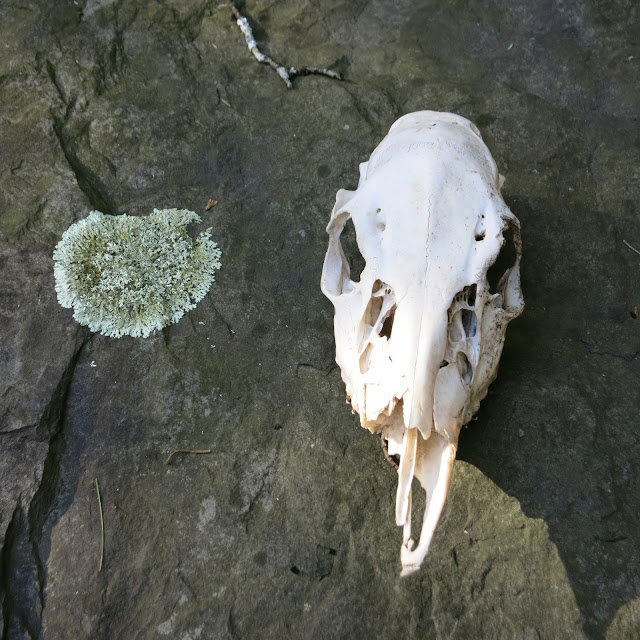 Posted by The Dancing Donkey at 11:53 PM