My Kind of Winter

It felt a bit like Spring today - sunny and calm.  We've had our share of crappy weather this winter, but, overall, it has been blessedly mild.  What a difference from last winter.  We've had snow, but not much and the ground is clear.

I remember the blizzard we had in March of '93(I think) so we aren't out of the woods yet.  I particularly remember buying an incredibly shaggy, white pony at an auction the day that blizzard came in and the crazy time we had getting him home when everyone backed out of trucking him at the last minute.  A friend and I had to rush home, build a make-shift wooden box on the back of an equipment trailer, rush back to the auction house through heavy snow, stuff the poor pony in the box and crawl home through one of the worst blizzards in history.  I was hoping and praying with every inch that the box, pony and all, wouldn't blow off and disappear into the storm.

The pony did make it home unscathed and intact.  I named him Blizzard, of course, because what else right?

Nope, we aren't out of the woods yet.  But, the days are getting longer and brighter and I am so grateful for the mild winter we've had so far.  I haven't had to use the snow blower on the driveway yet this year.  Precious remains parked in the shed, all ready to go, but sulking at his neglect.  Let him sulk I say.

I'm not the only one who is very grateful for the mild winter we have had. 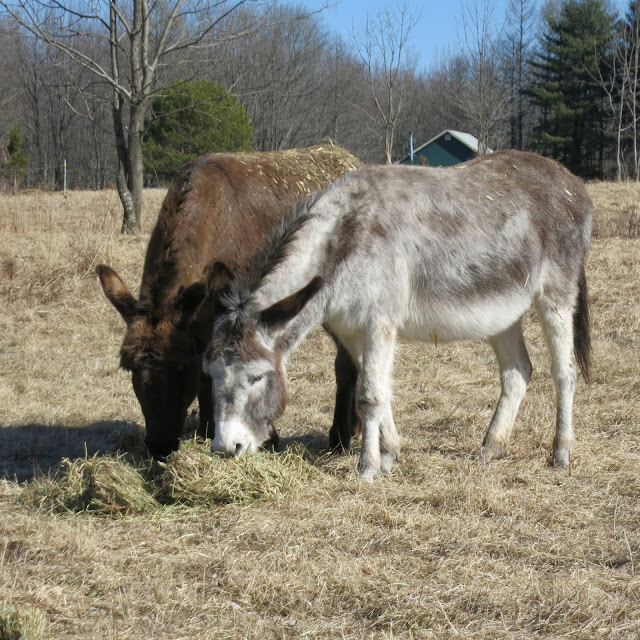 It was a quiet Sunday on the farm today, which felt good.  I spent some time this afternoon giving everyone a thorough grooming.  As any real horse lover knows, there is true peace to be found in a curry comb.

I even got the vacuum out and really made a proper job of it. 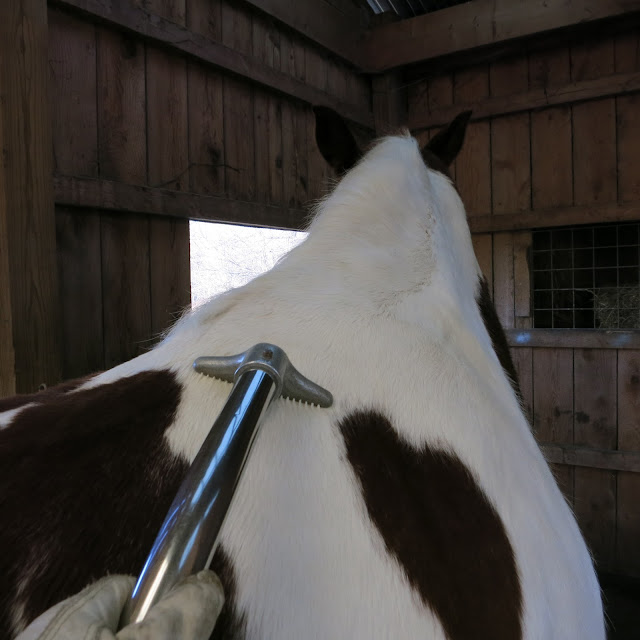 The donkeys are particularly fond of the vacuum, even if I do have to keep a very sharp eye on Ramsey so that he doesn't chew the power cord. 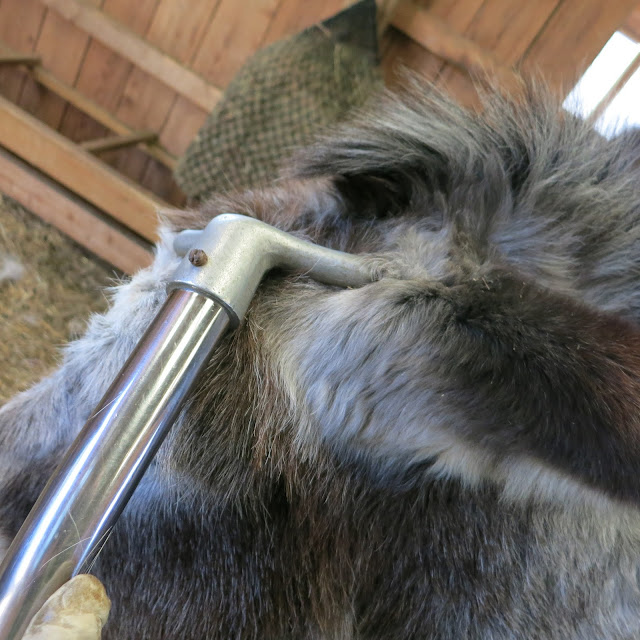 Vacuuming donkeys is a bit like trying to clean a heavy shag rug. 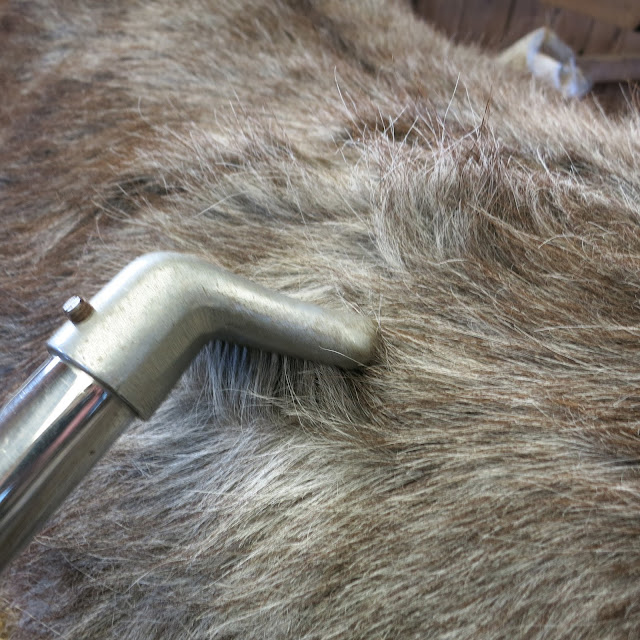 Good thing they aren't avocado-green and orange.  What were people thinking when they thought orange and green shag carpeting was a good idea?  It had to be the drugs. 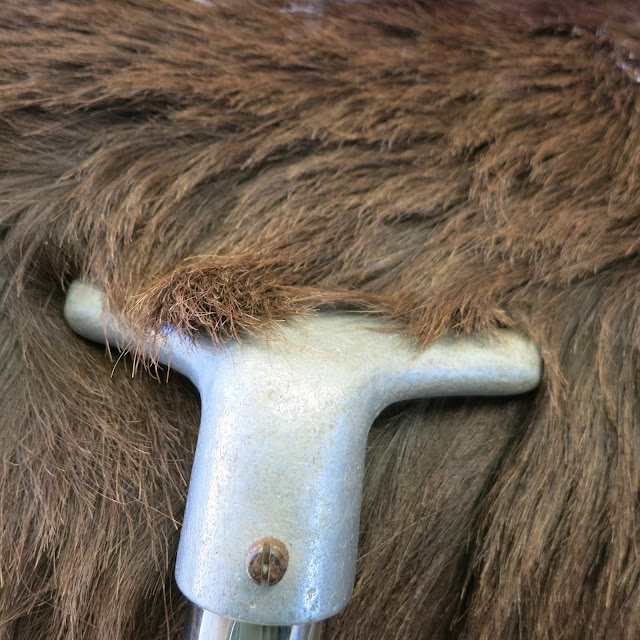 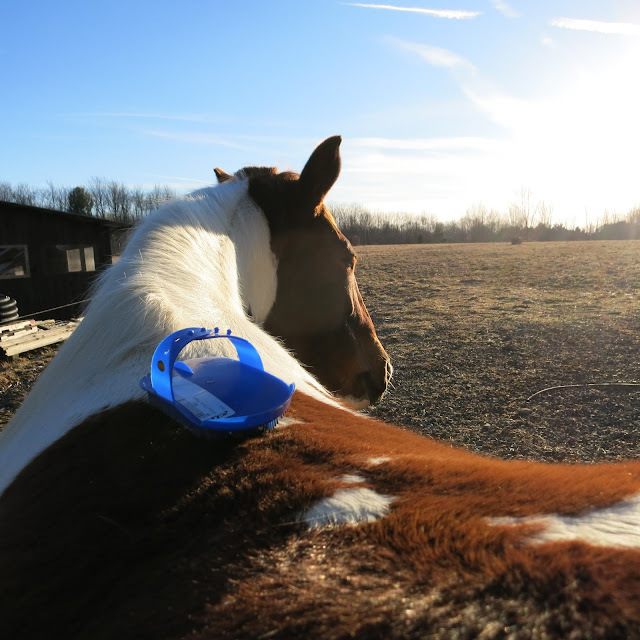 ...and natural shades are so much more appealing. 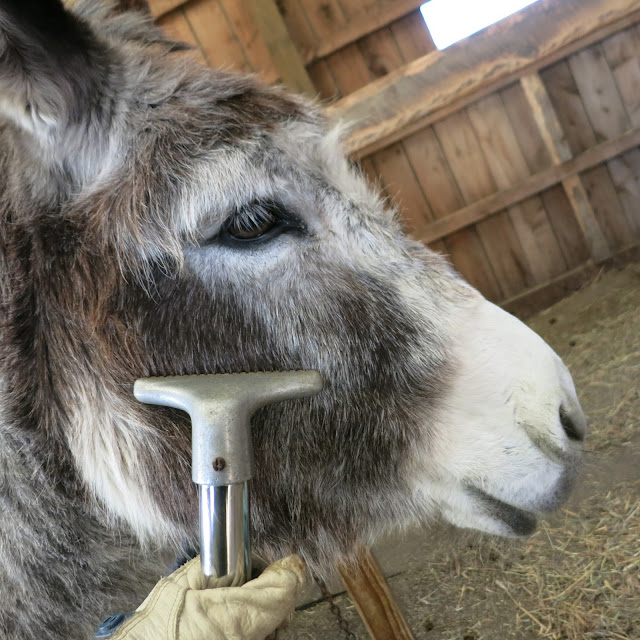 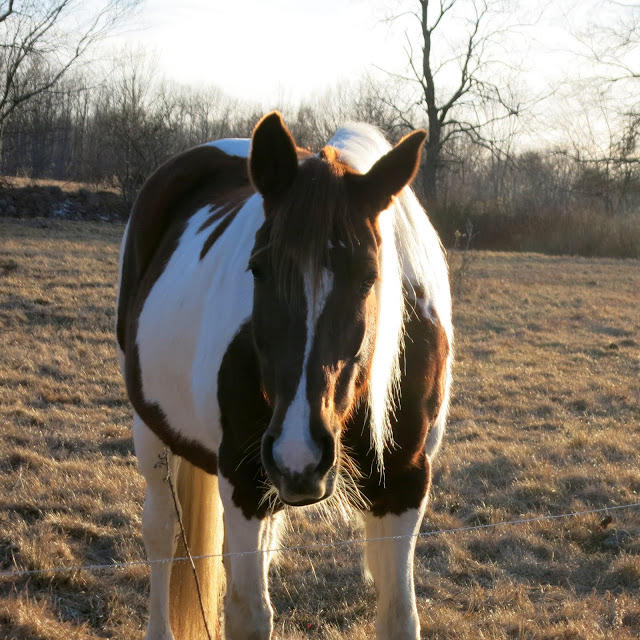 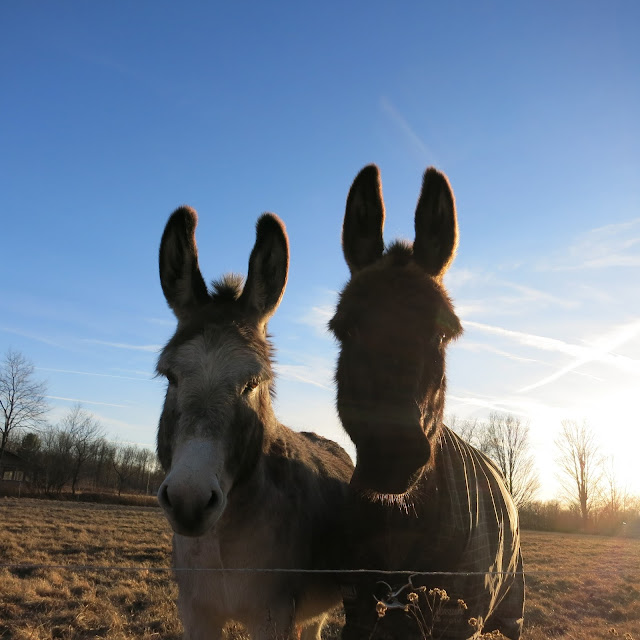