Farm Buddy and I are still trying to decide whether Moby is a male or female, not that it really matters, it just seems like something we should know.  Moby has been around for some years now, he/she started out as one of a pair of baby turtles that FB's sister brought down.  She lives on a lake and every spring, thousands of these guys hatch out.  Unfortunately, they often hatch on the wrong side of the road that goes around the lake and most of them perish before they make it to safety on the other side, either form traffic or heat on the pavement.

The baby turtles were about the size of a quarter at first and stayed that way for several years.  One of them did not make it for whatever reason leaving just Moby.  A couple of years ago FB started feeding Moby earthworms rather than commercial turtle food and he quadrupled in size that year.  We still wonder about what to feed Moby and often think about turning him loose in my pond.  We don't know how a turtle raised in a stock tank would manage out in the big world though.

The other day, after I posted Moby's picture, JMG offered some advice on how to determine the gender of a turtle, and based on that, I think maybe it's a boy.  Since I have nothing to compare it to, I am not at all sure though.  Some time ago, FB read that you can tell by the length of the claws, which are quite long so she thinks it's a girl.  I contend that the claws could be long because they don't get worn down by proper use - ever the farrier:).

So, in the end, we prove to be just as ignorant about turtles as ever and still debating.  What do you think JMG? 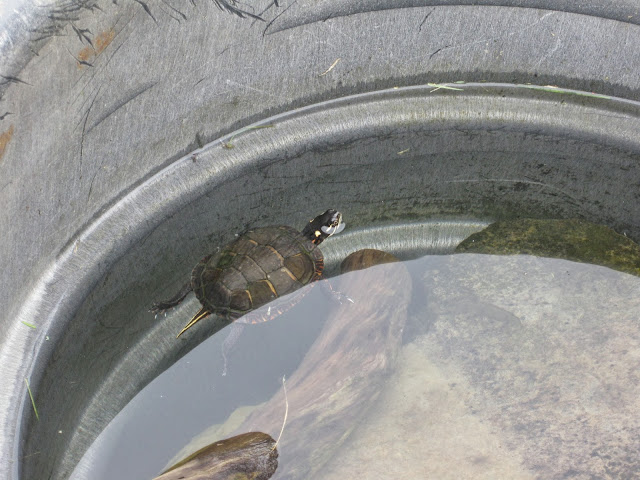 And if we still can't tell, we can always go back to my tried and true methods.... 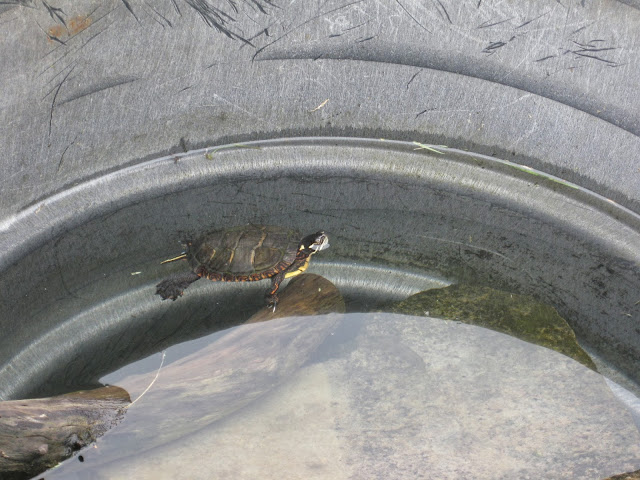 "Well, we're trying to get a good look at you so we can figure out what you are.  Could you give us a hint?"

"What, you can't tell?!?  Sheese, you probably think we all look alike or something.  That's just a bit rude don't ya think?  After all these years?!  Humph." 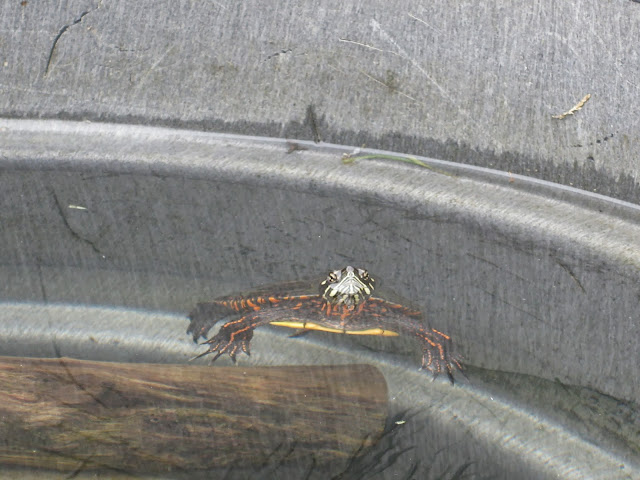 "Well fine, I'll help you ignorant so-and-so's out.  This here is my profile shot.  Kind of sleek and sexy aren't I?  It's my Marilyn Monroe look." 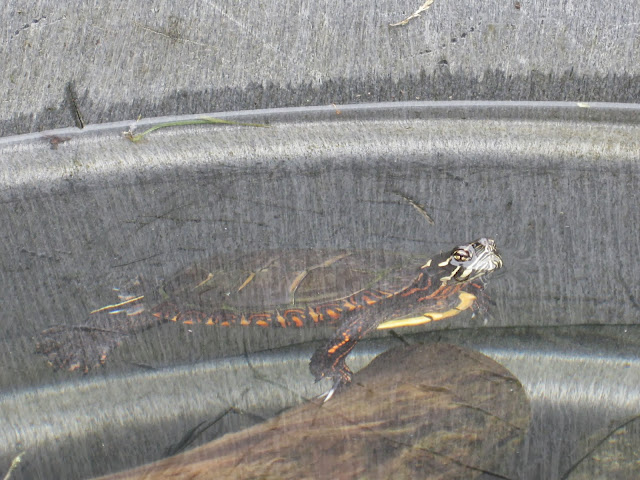 "Or how about this one, it shows off my strong chin, my square jaw...like Superman right?  Flying round the world, off to save to planet.  Yeah man, I'm the duuude....." 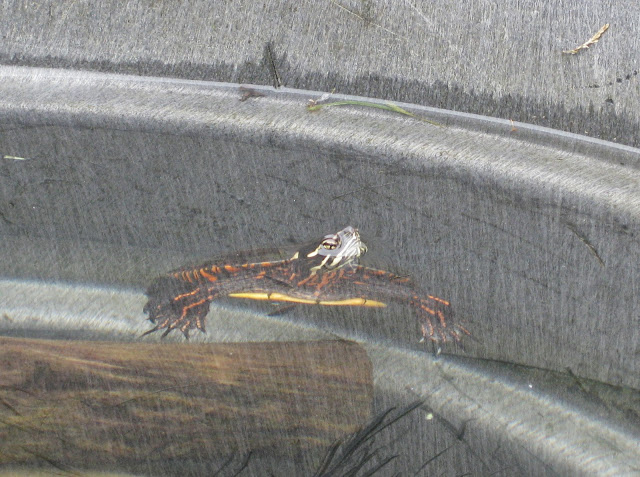 "or maybe the dudette....if you can't tell, it's your problem.  I've got better things to worry about.  See ya." 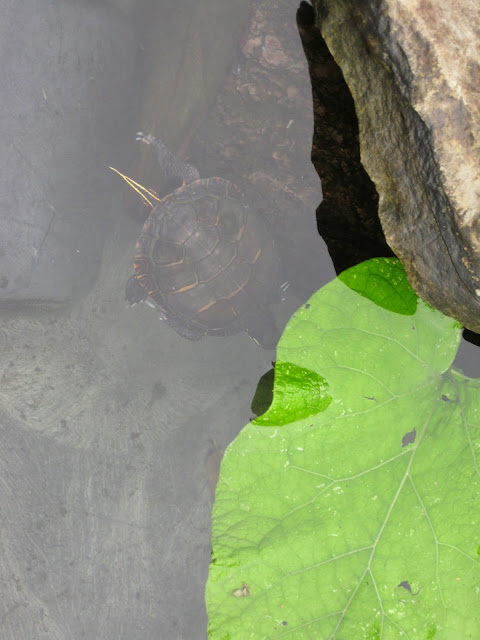