Between hunting season, weather, work and other such interferences, it's been at least eight weeks, maybe ten, since I rode my horse.  Saturday afternoon, we had an all too brief reprieve on all fronts and I decided to take Tessa out for a much needed ride.

This is where Tessa really proves her worth.  She is only 5 years old, her training has been haphazard at best and includes an 18 month layoff after she got kicked.  She hasn't been out of the pasture in at least two months, but I threw my ill-fitting saddle (I still have not managed to resolve that little problem) on her, told the donkeys to be good, climbed aboard and headed off, just her and I, without so much a twitched ear. 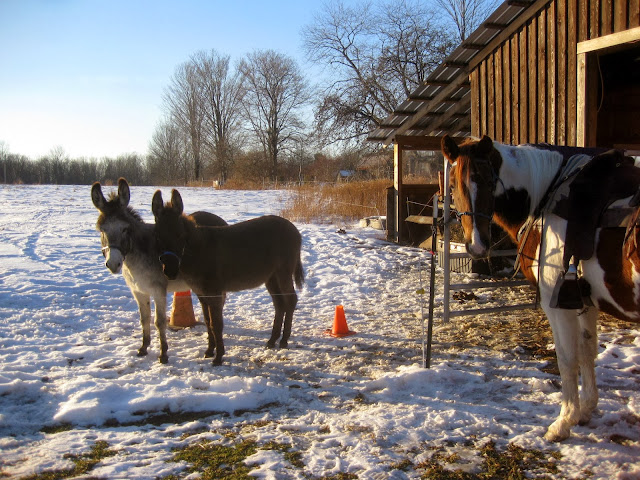 There may be some gaps in Tessa's training, some of the finer points are still lacking and she would be clueless in an arena, but that is my fault not hers.  I hate arena work anyways.  There may be some aspects of her conformation I am not thrilled with, but she moves easy over any terrain I point her at.  She may be out of shape and overweight, which is also my fault, but you can't ask for much more out of any horse, especially a young one, than to be able to hop on at a moments notice and have a nice ride.

Tessa is light and responsive, she may not always understand what I am asking yet, but she always tries her heart out.  In those rare, precious moments when we both get it just right, we flow through the woods without thought or hesitation.

Riding Tessa is always a constant conversation, me asking, showing; her listening, questioning, questing, trying.  Always trying.  We had a lovely, if fairly short, ride in the woods.  We were only out for about 45 minutes as the light was failing and she is not in shape for it, but it was good while it lasted.  Tessa was certainly "up", but never out of control or unwilling to listen.  I just love the way this horse is always ready to head off down the trail, ears up, moving out, willing and eager to see what's round the next bend.  We need to find a way to do this more often. 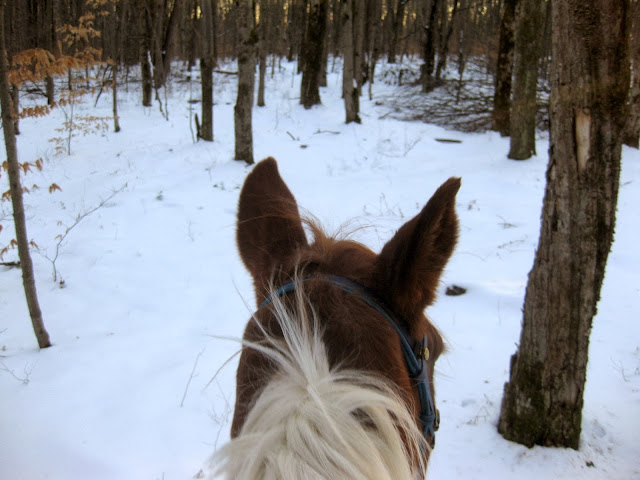 Posted by The Dancing Donkey at 10:46 PM