The Things You Need To Know

The things you need to have or know for hay making, in no particular order:


The hay is all cut.

We thought we would be baling some of it today, but it just wasn't ready so it is going in tomorrow.   Tuesday is going to be the really big hay day.  Just in case anyone out there is contemplating starting their own farm and would like to gain some experience in this most crucial aspect of farm life or if anyone would like to experience the joy of hay making, feel free to stop by (just as long as you are ready to work:).  Here is what's on offer: 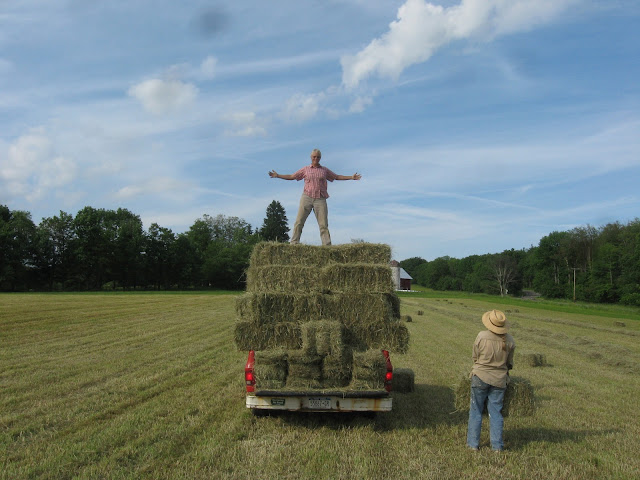 Posted by The Dancing Donkey at 12:30 AM