Fat Farm or The Herbivores Dilemma

Seeing as how donkeys are such "easy keepers" and Tessa is as well, I was anticipating having to take some drastic measures to regulate just how much pasture they had access to during the grazing season.  Donkeys and horses have a fairly unique digestive system that is designed for very small amounts of high fiber, low protein feed to be consumed almost constantly combined with near constant exercise to find that food.  Their stomachs are extremely small and they produce stomach acid all the time, not just when they eat as most other animals and people do.

What this means is that, if they go for long periods (6-8 hours) of time without eating, they get ulcers.  They also get huge spikes in their insulin levels when they finally do get a meal.  Their insulin levels can spike as much as 800% higher than normal, which can lead to insulin resistance, founder, laminitis, etc.  Lush, green grass is about the worst thing to feed them aside from grains, which they really shouldn't get at all.

It's all a bit like telling a person that he or she can only eat ice cream, donuts and pizza and expecting that person to not gain weight.  On the other hand, I rely on my pasture to feed everybody during the summer months and I want to encourage as much exercise as possible.  It is a dilemma.

I needed a system that would limit their access to grass while simultaneously providing them with enough food and maximizing their exercise.  What I came up with is a variation of a Paddock Paradise setup, which is really just a track around the perimeter of the pasture.  I have not ever tried this before so it is a grand experiment for all of us.  So far it seems to be working well.  Ramsey's current weight is ideal.  Emma is a wee bit chubby, but not horribly so and I think it is probably the best we can do given the available feed stuff in the area.  Tessa is the real fatty right now and a grazing muzzle may be in her future.  As long as no one gains any more, we'll probably be OK with the hope that they will drop some pounds over the winter.

This is an aerial view of my farm taken before I built my house or barn, the tracks you can see all over it are ATV tracks as that is what the previous owners used it for.. 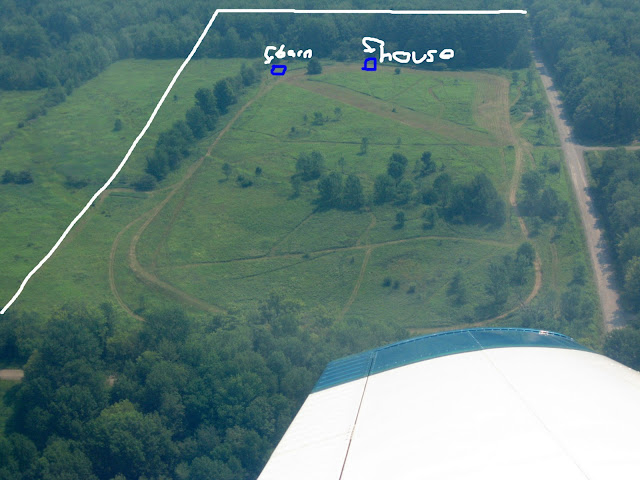 This is the same view with the fences outlined... 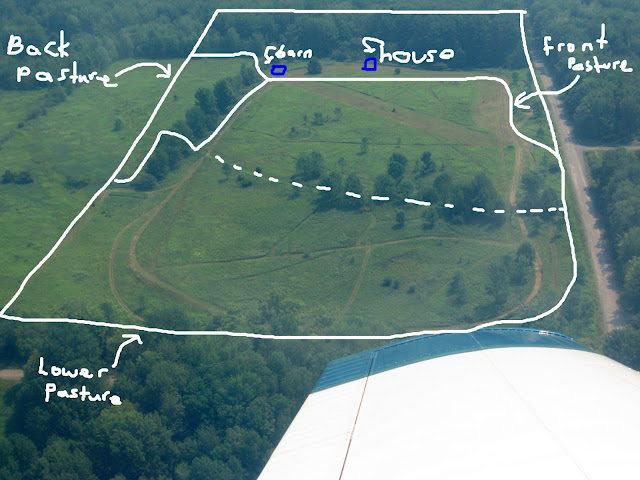 and with the pasture paradise track in blue.  There is a small track inside the back pasture as well that I forgot to draw in. 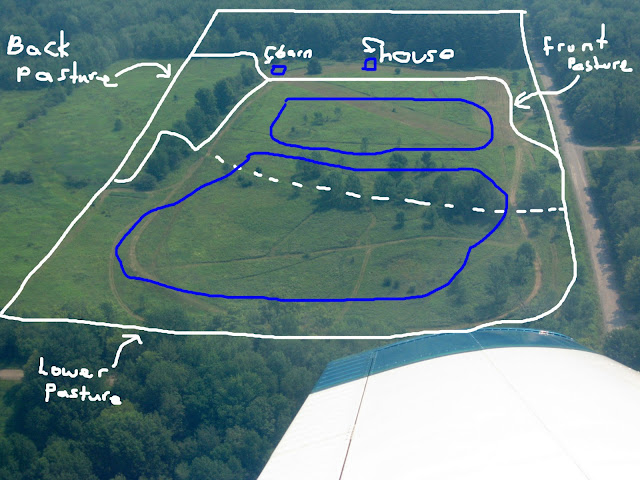 It is about 1800 feet from the barn to the furthest corner of the lower pasture.  If they make 6-8 trips around the track in a day, I figure they're getting at least a couple miles in each day and with the occasional mad gallop around the whole course 2-3 times...well it's better than standing around doing nothing all day.  This setup also allows me to do strip grazing as I can move bits of the interior fence further inwards to give them more grass as needed.  It's also had the added bonus of providing a sanctuary for ground nesting birds.

With the portable fencing I use it was relatively easy and inexpensive to put together. 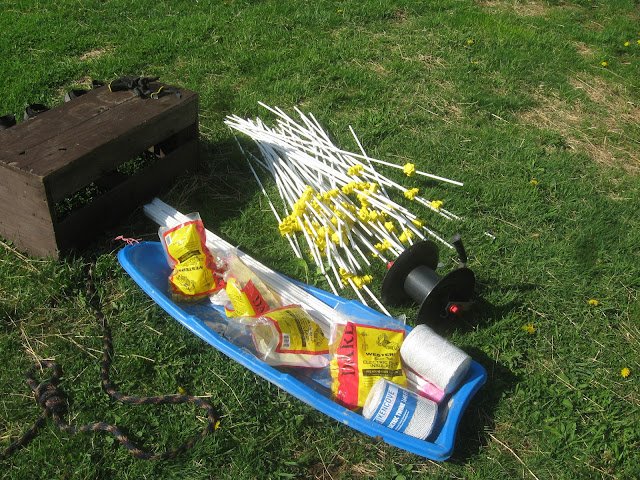 Do you see them way out there, in the midst of a wild gallop around the race track?  Tessa always wins.  In the land of small donkeys, the biggest horse is the fastest. 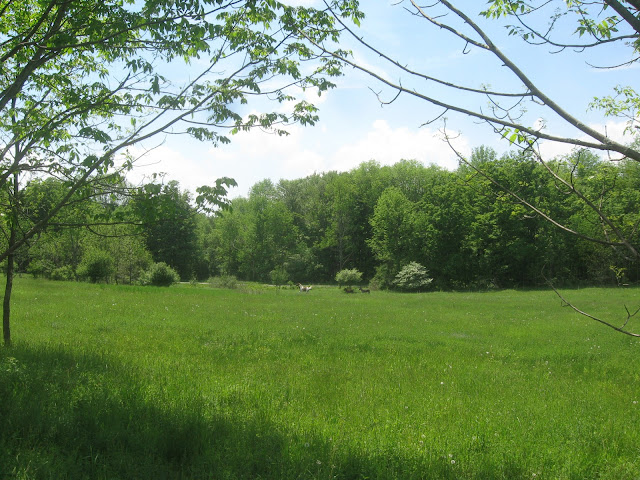 Posted by The Dancing Donkey at 1:01 AM