This week's Sunday Still's challenge was to take any photo and do something with it in Photoshop or similar software.  Since it was Emma's third birthday today she had to be the subject.  I decided to make her a birthday card.

This was the original photo, which I liked OK, but was disappointed in as the lighting just isn't right. 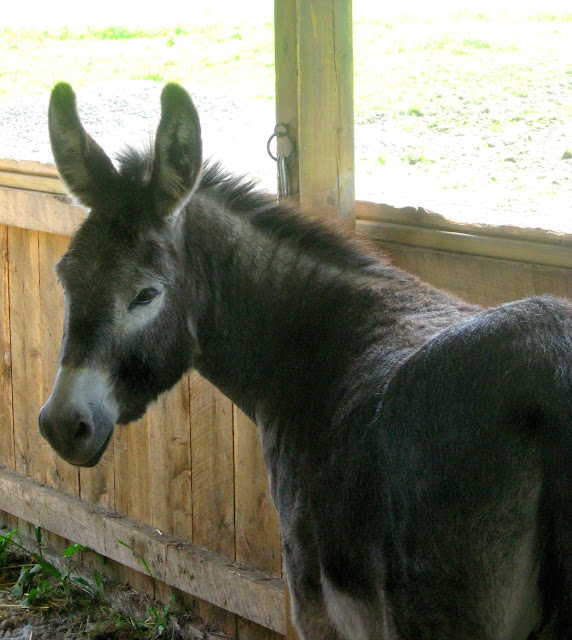 I fumbled around with the effects in Picassa and came up with these, I'm not sure which I like better. 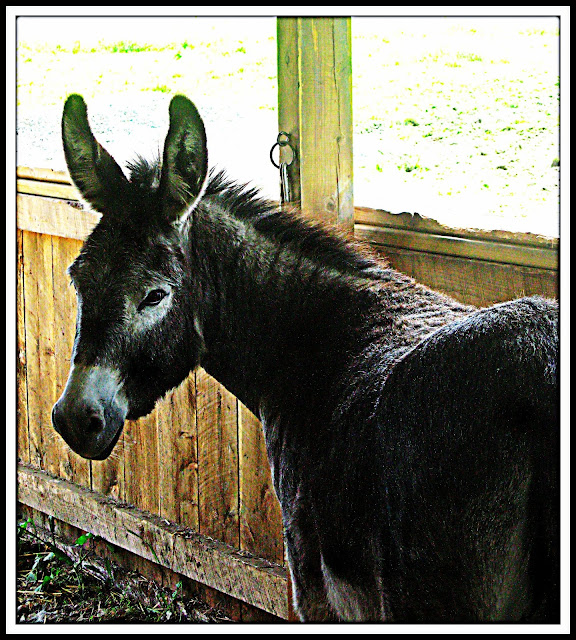 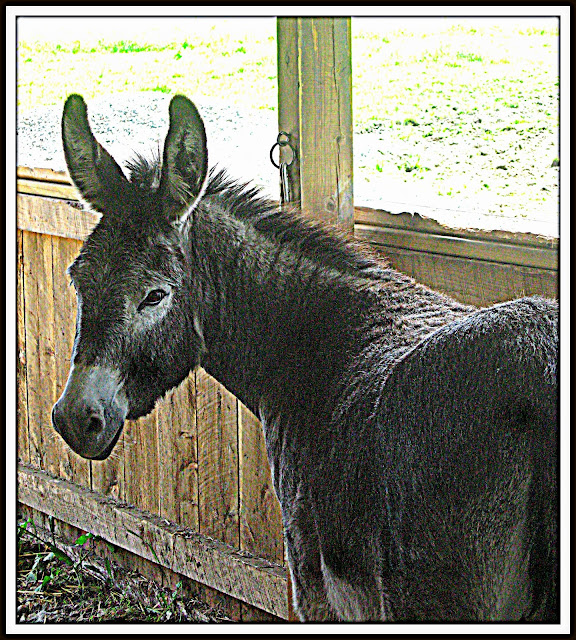 It is hard to believe that Emma is just now turning three, she often seems ageless to me.  A visual contradiction with her greying coat and her young eyes.  It goes beyond that though to who she is.  Perhaps it is a donkey thing, perhaps because she is already a mother, probably a bit of both, but she is both old as the hills and young as a butterfly.  I love her dearly.

Posted by The Dancing Donkey at 10:20 PM