The Elusive Beauty of Denial

I mentioned yesterday that Ben is on some new medication.  That is because I had that niggling little feeling in the back of my mind that something wasn't quite right.  I knew what it was, but I didn't do anything about it for quite a while as I was clinging to denial.  Unfortunately, I've never been very good at that.  I often think that life would be a lot easier if I could embrace denial, but it remains elusive.

I saw the signs when I looked at pictures like this one taken in May... 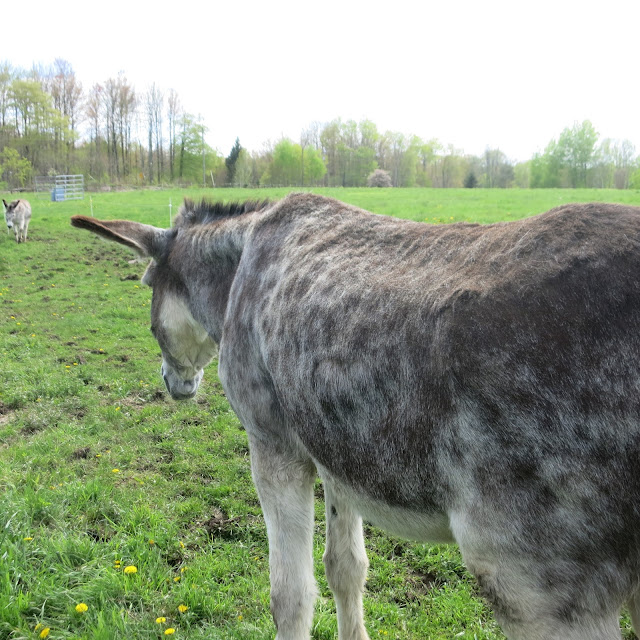 Ben is just dozing and he looks rather scruffy because he was shedding.  However, you can also clearly see the hollow along his spine that indicates a loss of muscle mass down his topline.  That can be an indication of inadequate protein in the diet, especially in older horses, but I know that is not the case here, Ben gets plenty of protein.

There were a couple of times that I trimmed Ben's feet late this summer and he became sore afterward for no apparent reason.  I am firm believer that a hoof trim should never make an animal sore and if it does there is either a problem with how the farrier did the job or a problem inside the animal and the feet are trying to tell you.  The eyes may be the window to the soul, but the hooves are the window into the body.

That loss of muscle can also be an early sign of Cushing's Disease, as is a scruffy coat that sheds unevenly or slowly.  Some other very subtle early symptoms of Cushing's are lethargy or variations in energy level, a swollen sheath/udder, chronic white line disease that does not respond to aggressive treatment, dullness or disinterest in the environment, increased likelihood and severity of infection....the symptoms are many and varied depending on the individual and you have to know your animal well to see them.

I knew in Ben's case that I had not done anything that should have made him feel sore.  However, late summer is when a natural rise in the levels of a hormone called ACTH begins.  In this area it peaks in the last two weeks of September and then begins to taper off.

The normal levels of ACTH are between 9 and 30.  During this seasonal rise, it is common for the levels of healthy animals to be as much as 3 times the high end of this range.  The ACTH levels in animals with Cushing's can rise as high as 1000.  This huge upswing in ACTH can trigger a bout of severe laminitis and most horses first get diagnosed with Cushing's when they have a sudden case of acute, life-threatening laminitis in the Fall for no apparent reason.

Thankfully, this never happened to Ben, but the fact that he got ouchy on his feet after a routine trim tripped more alarm bells in my mind.  The fact that I keep the donkeys on a diet of low sugar/starch hay with very limited access to grass is probably what kept Ben from having worse problems.

I might have been able to continue clinging to my denial for a while longer, but I had also been trying to convince Riding Buddy to get Hawkeye tested for Cushing's.  I have been highly suspicious about him for several years now, mostly because he continues to have problems with his feet that should have responded to treatment, but never have.

We talked to the vet about it and found out that the manufacturer of the only drug used to treat Cushing's has a program every Fall where they will pay for ACTH testing.  Given the opportunity to have the testing done at no cost, neither RB or I could find any excuse to put it off any more.

I was not surprised when Hawkeye's test came back unequivocally positive.  His ACTH was around 300, which left absolutely no doubt.  Ben's test came back at 95, just over the upper threshold of the high limit during the seasonal rise.  Hawkeye was started on meds right away, but we decided to wait a month and retest Ben in November.  His second test came back at 64 when it should have been well below 30 by then and the last shreds of my denial blew away. 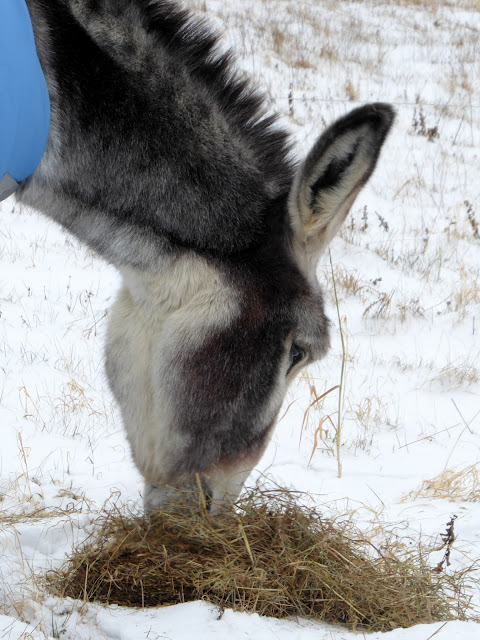 Email ThisBlogThis!Share to TwitterShare to FacebookShare to Pinterest
Labels: Cushing's disease in donkeys