In the Spring, there is always a lot to do and a joyful sense of rushing head-long into the new year.  There is a short window of opportunity between the moment that the world thaws out and the time when the overwhelming green of Summer takes over.

In the Fall, there is a real scramble to get as much done before the weather turns and the world is locked down once more in cold and ice.  If you live on a farm, the world still revolves around winter and Winter is coming.

I had wanted to build a garage this year, but it isn't going to happen.  I need more storage space for tools and equipment though. I don't have a lot, but what I do have needs shelter.  After much pondering, I hatched a plan for another of my stone-soup construction projects.  I thought about selling my unused round-pen, but finally decided to re-purpose it rather than cash it in for the few hundred dollars I would get for it. I dismantled it and used five of the panels to form a rectangular "barn".  I had help, of course. 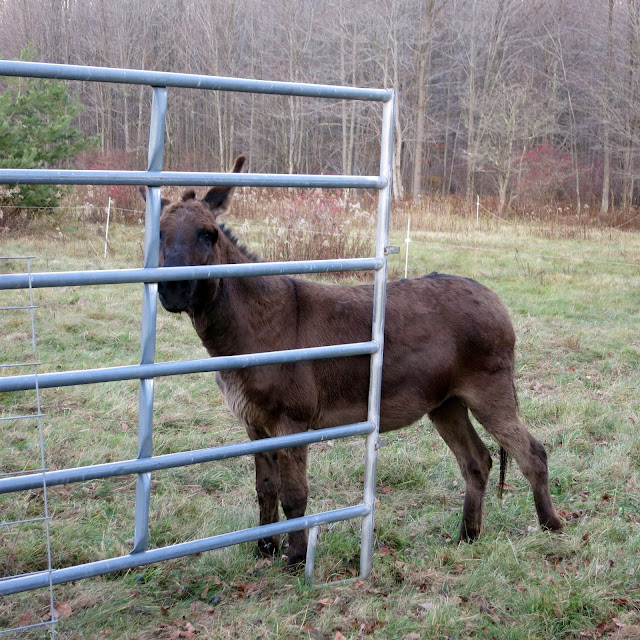 I got the panels set up and spent one afternoon getting them level.... 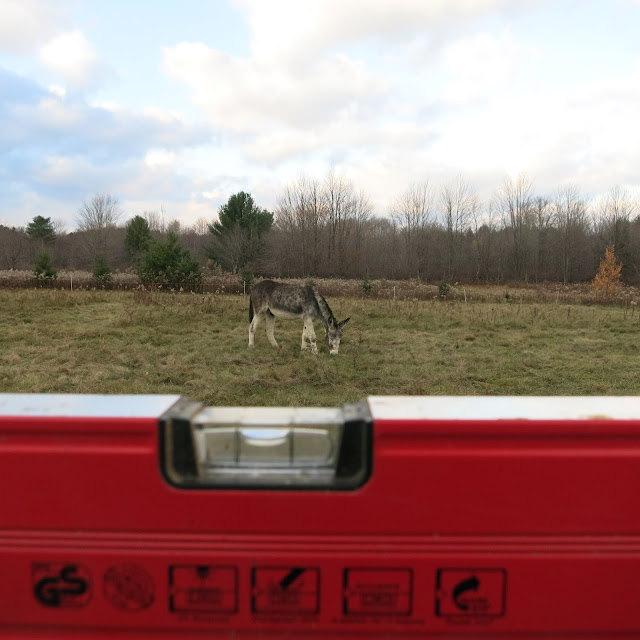 The only good thing about having rocks everywhere, is that they are always there when you need them. 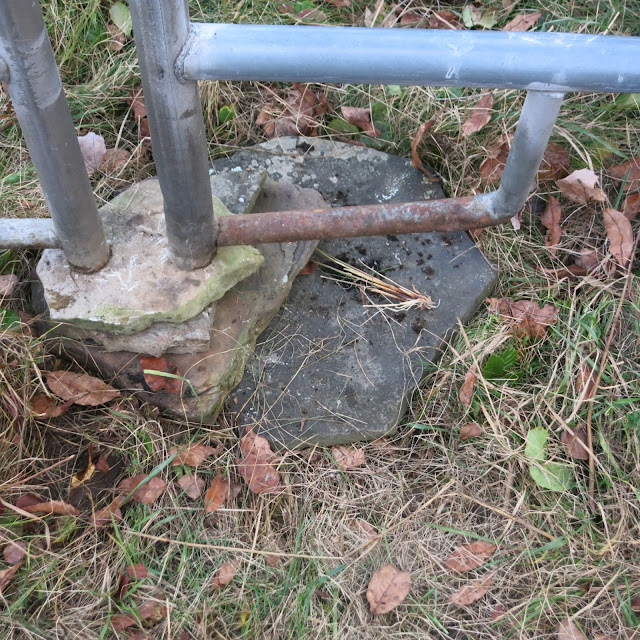 The building inspectors up here are awful tough to deal with.  Just when you think you've got everything covered, one of them comes along to point out the deficiencies.  And, when your back is turned they scratch their butts on the new "building" and throw everything out of whack. 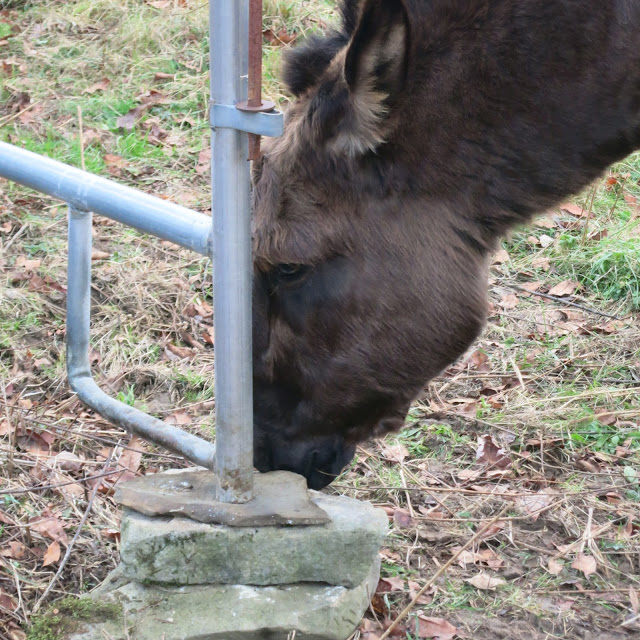 After getting past that hurtle, it's time for the next step.... 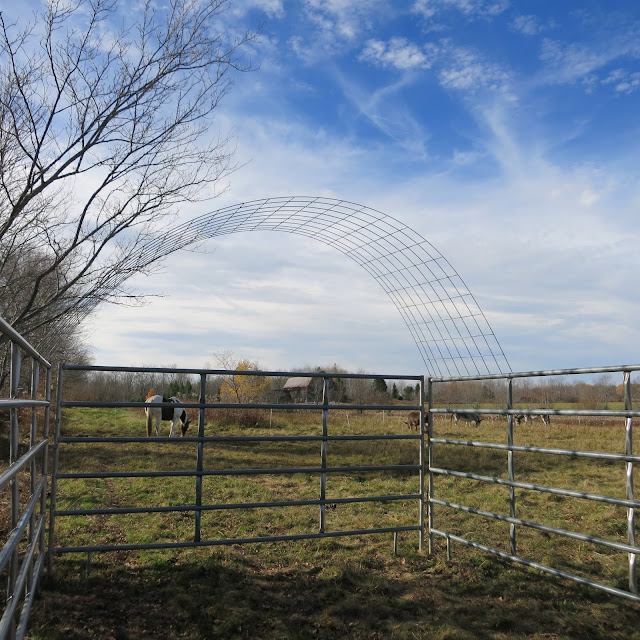 The plan is to use cattle panels to form a roof and cover the whole thing with green-house plastic. If it works, I'll have a 10x20 foot "building" to store random stuff in.

I haven't gotten past this point though and progress has been painfully, pitifully sloooooow.  It is a race to see if I actually manage to get anything useful done before the weather turns and Winter wins once again.