The herd generally ignores the beehives. Recently however, I occasionally see them take an intense, but quiet, interest in the remaining hive.... 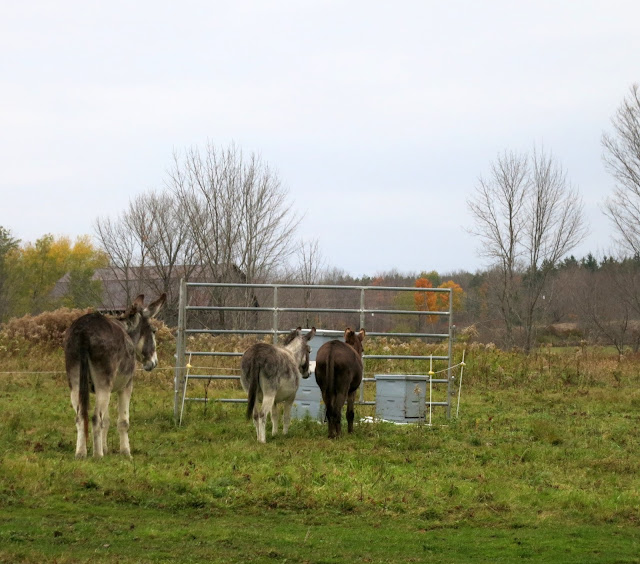 This is a new phenomenon.  Other than some mildly wary curiosity, they have mostly ignored the hives all summer.  They paid no mind when the bees were making honey and all the air around them smelled deliciously and decadently sweet.  They stayed out of the flight paths and ignored the bees and the bees ignored them.  It is only in the past couple of weeks that something has changed in the hive and it grabs the donkey's attention.  Tessa remains uncaring and oblivious.

This second photo was taken 20 minutes after the first.... 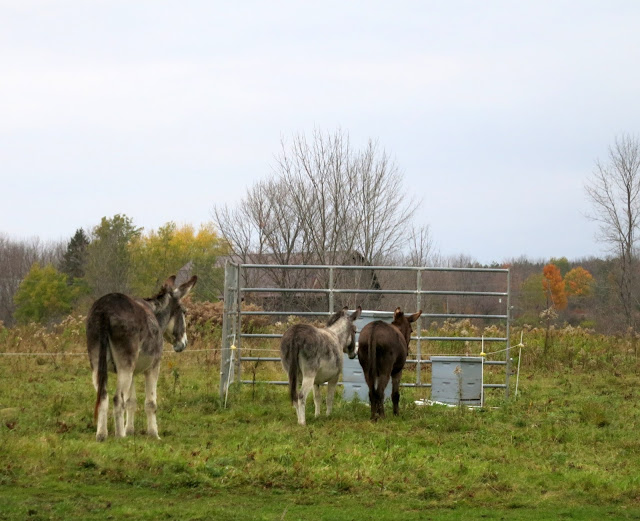 There was a third photo just like these 20 minutes later.  Don't ever let it be said that donkeys have short attention spans.

The language of bees is that of pheromones, sound and vibration. What can they be saying that donkeys can hear?

The language of donkeys is that of smell, sound, touch and movement.  Perhaps they have more in common than we can know.

Whatever it is, it must be a very interesting conversation.

Posted by The Dancing Donkey at 1:10 AM