Several have wondered what Mr. Himself thinks about having Ben around.  There was even the suggestion (gasp!) that I might have forgotten about Himself.  Trust me on this one:  that. is. not. possible.  EVER.

I would like to be able to say that Ramsey was thrilled to have another donkey - another gelding - here to play with.  But, not so much.

He has gone through several phases and even contemplated stealing the keys and running away. 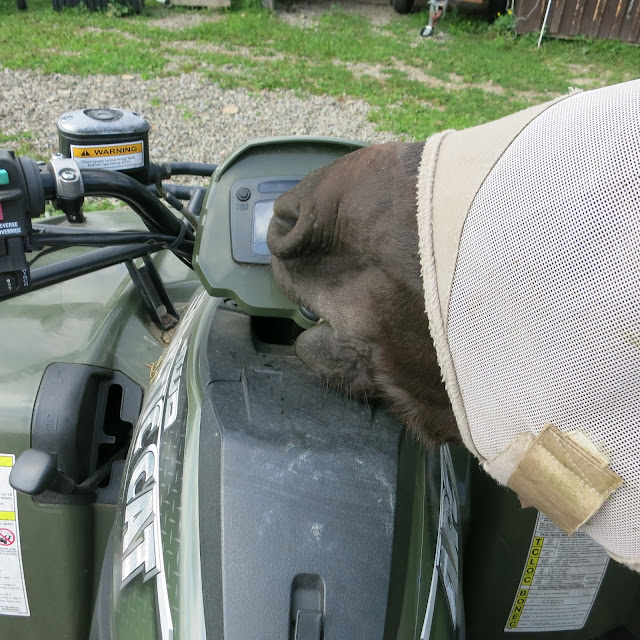 After a bit more thought, he has decided to stay.  For now.

Ramsey's reactions to Ben have progressed down a distinct path.  Something along the lines of:


So, Mr Himself has rather got his ears bent out of shape.  He is terribly jealous and rather befuddled, much like a young child who has suddenly gotten a new and unwanted sibling.  Ben has been understanding and stoic for the most part.  He generally pays no mind to Ramsey's quandary and works to avoid conflict - except where food is involved.  Ben does like his food and will not back down from it just because one spoiled and confused little donkey tries to tell him too. 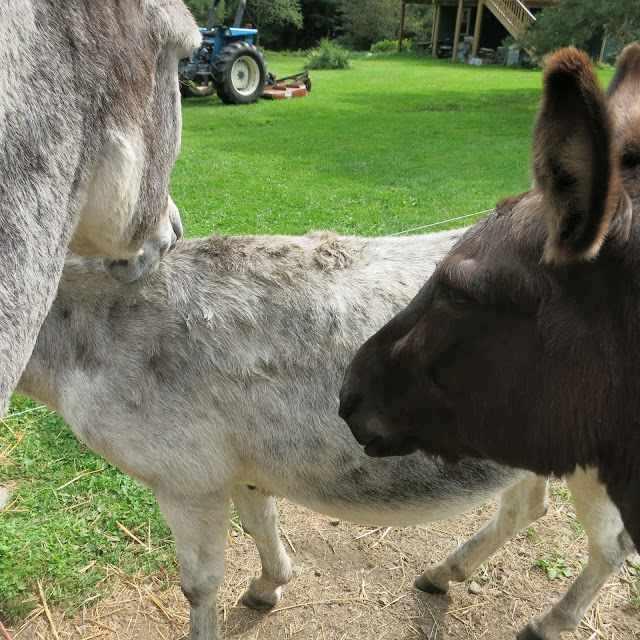 Before you start feeling too terribly sorry for little Himself though...I am trying to spend a bit of extra time with him and help show him that Ben is OK.  I also think that this is good for Ramsey even if it is a little hard.  He has been rather sheltered here and he has never met any other donkeys.  I think it is good and important for him to learn how to get along with others.  I wish he could have been around more donkeys when he was a baby, but that was not possible. 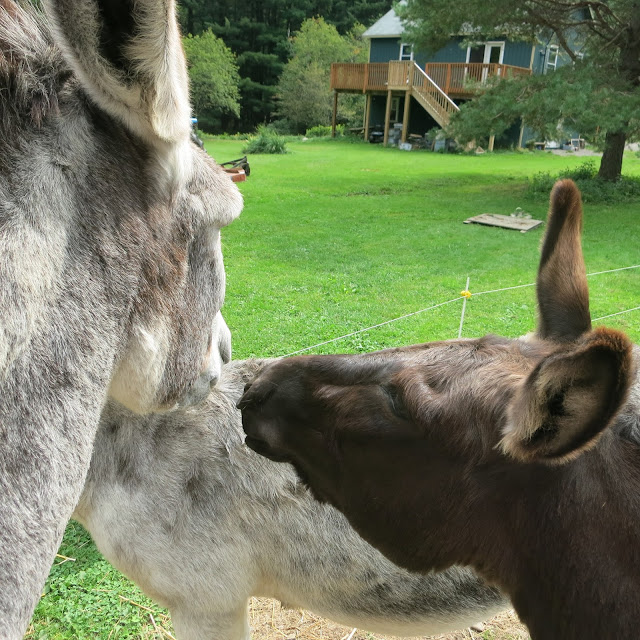 It is good for all animals to get used to the wide world and I worry that mine don't get to see enough of it.  It is fine as long as their world does not change, but all worlds change eventually and it is better if they have the skills to face it.  Given time, I think Ramsey and Ben may yet become friends.  I hope so anyway.

They are still thinking about it. 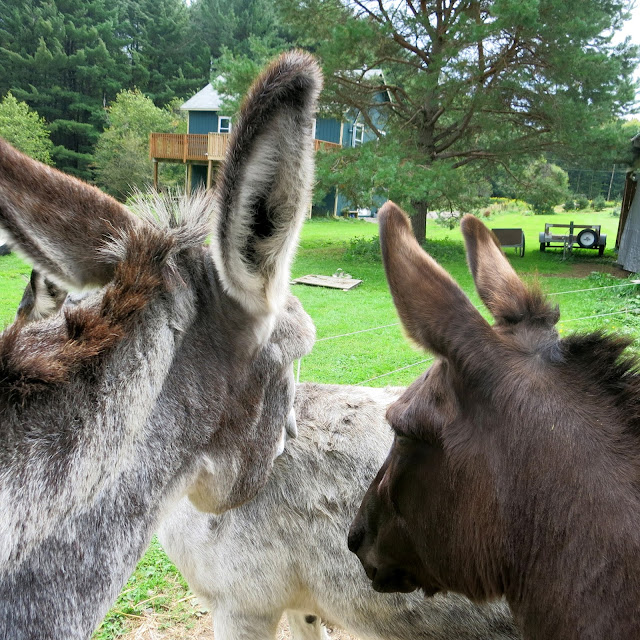 The nice thing about donkeys is that they do think about it.  They are not entirely happy with each other yet, but they are willing to share space without any real squabbles and they are getting better about sharing food. 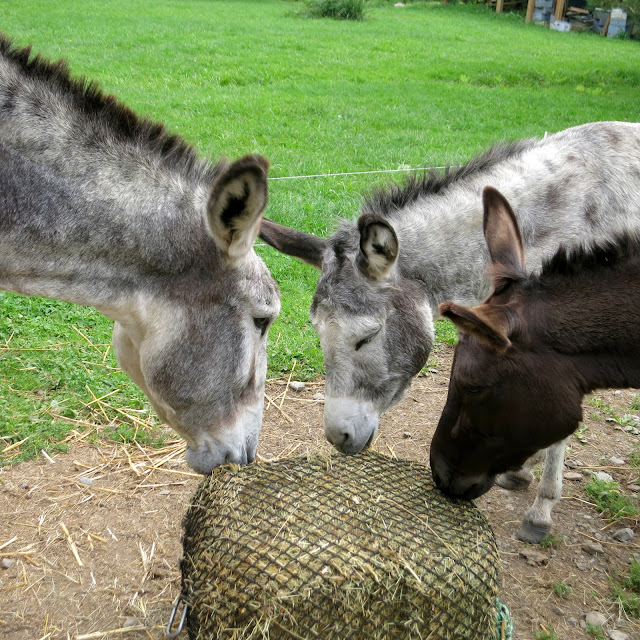 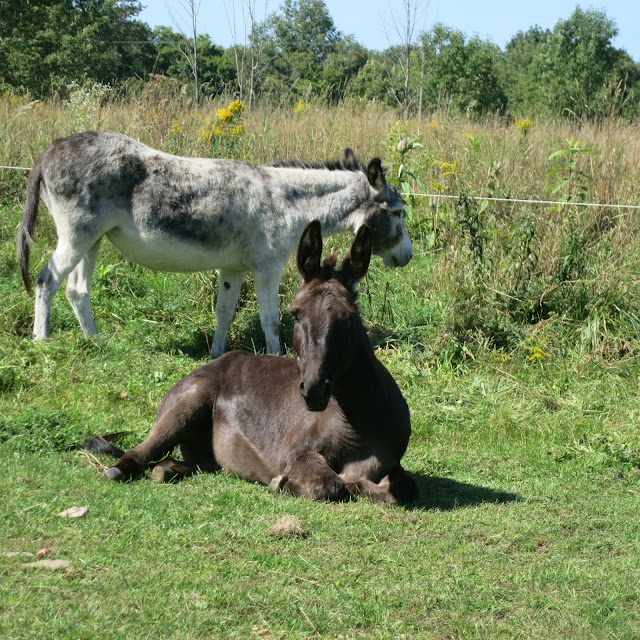 But it hasn't entirely ruined his world and it isn't keeping him up at night - or afternoons. 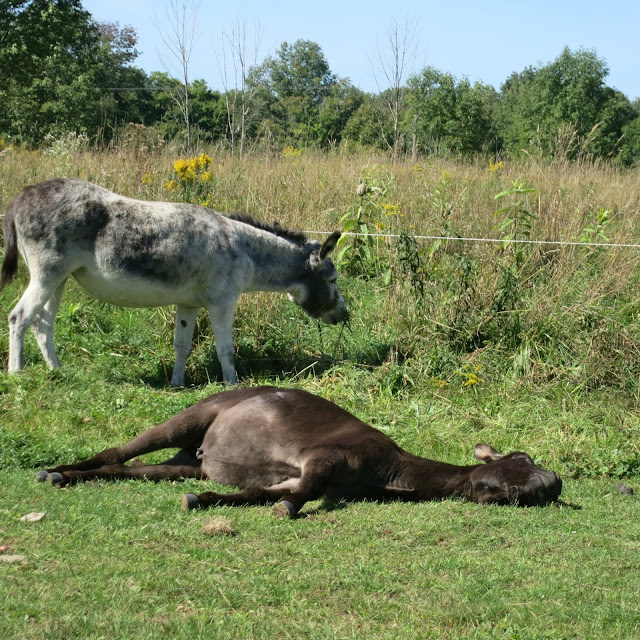 Posted by The Dancing Donkey at 11:26 PM