Hello,
Here comes another llama update from me, FB!  However, first I must wish my buddy, Connor, happy birthday!  He is two, two, too good to be true!!!


Okay, back to Caterina; she is doing spectacular! 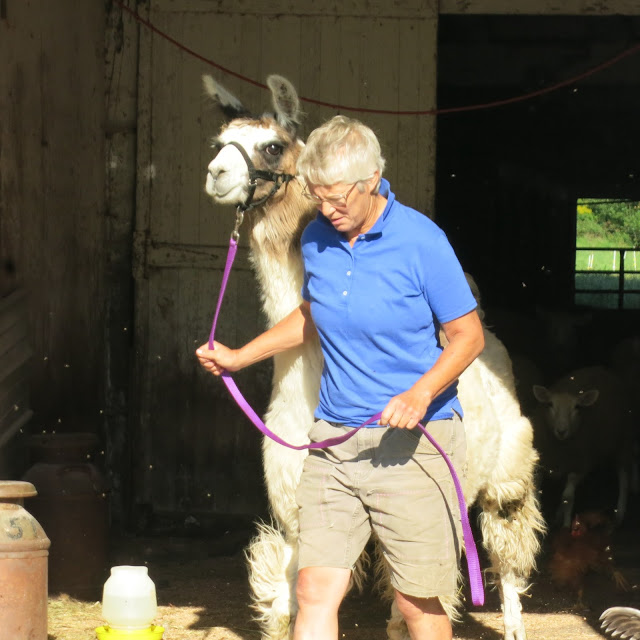 On Tuesday, I had a genuine llama vet (she also does other animals) come out to the farm to check Caterina out.  She gave her Dectomax to prevent meningeal worm, and she also gave her a rabies shot.  Caterina was not thrilled, but she was pretty cooperative.  This worm shot has to be given on a monthly basis, so I am told, but I am not worried, as I am going to get Kris to give it to her!!  Isn’t that a brilliant plan? 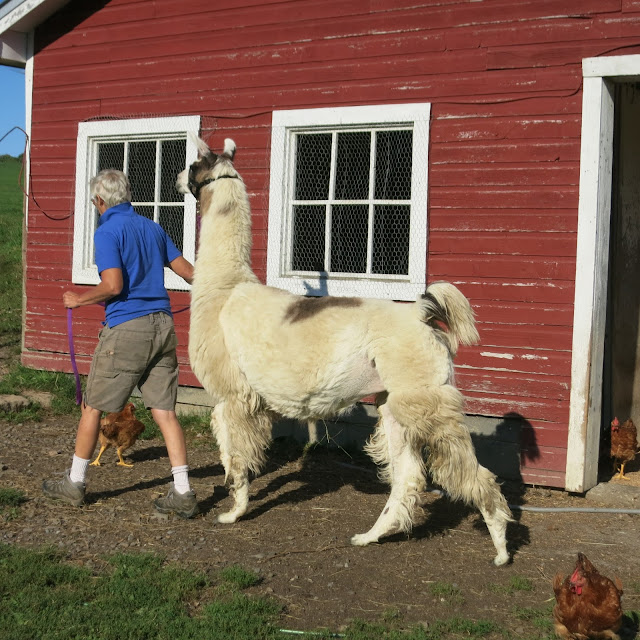 Right now, Caterina and the sheep are going outside for about three hours in the morning and four hours in the late afternoon.  I have 100 Freedom Ranger meat chickens, and they hang out in the barn and outside, as they please.  They are scheduled to be processed on September 17th, and after they have left, I am going to let Caterina and the sheep go in and out of the barn whenever they like during the daytime. 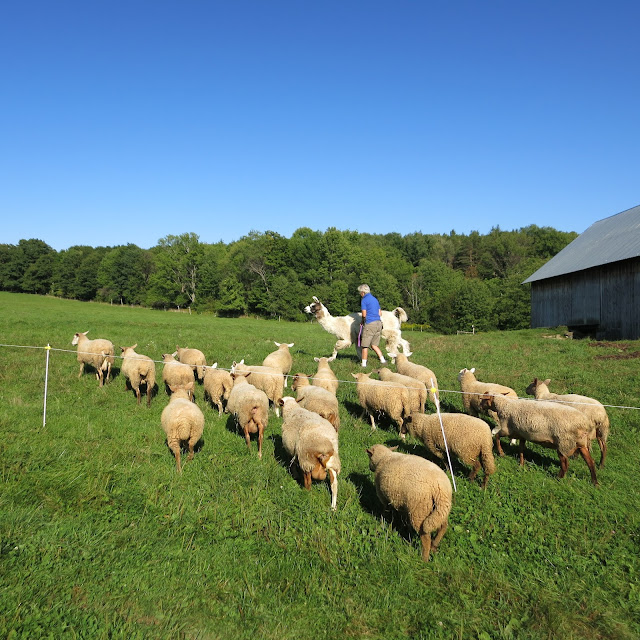 Right now, the bratty lambs try too hard to steal the chicks’ food and knock over their many water containers.  Then it will be cooler too, so I am hoping that they will be happy to spend a large portion of the day outside. 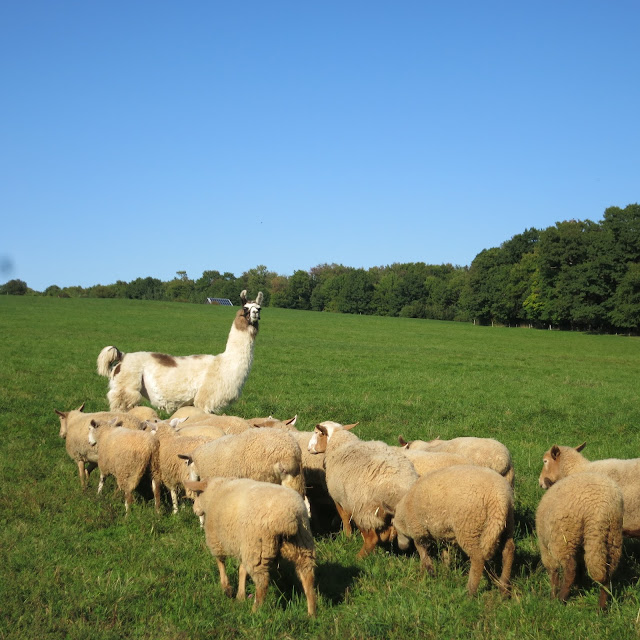 I find it amazing how things can turn around.  Ten days ago, I never would have thought that Caterina would ever be happy here, but I think she is, and we are all happy to have her living here! 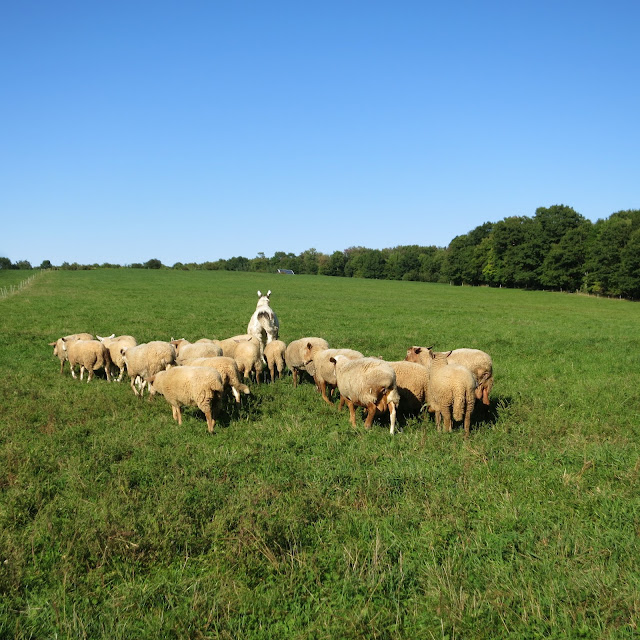 Posted by The Dancing Donkey at 10:18 PM