Some years ago, I was driving down the road with a guy I'd met not long before.  He was telling me about his pet hamster - a miniature hamster to be precise, which rather boggled my mind at the time because really, a miniature hamster.  Like a regular hamster was too big to deal with??

Despite its size, the hamster provided company and a bit of life to the dreariest, most lifeless apartment I had ever seen.  It was a tiny place, no more than 10X12 and, while is is certainly possible to make such a small, one room apartment cozy and cheerful, this wasn't.  It was an almost obsessively neat, white box with light beige carpet and the only hint of color or personalty came from the one plant and few knickknacks on the windowsill.  And the tiny hamster.

(Who knew there even was such a thing as a miniature hamster?  That still makes me shake my head.)

The guy was telling me that he knew his place wasn't much but the hamster was at least another living presence who shared the space and was good company.  Even a miniature hamster can have a big presence.

I totally understood this as I had had a pet mouse in my room when I was a child for many of the same reasons.  I still miss that little mouse sometimes.

A few minutes after this conversation, we drove past a pasture filled with several very tiny miniature horses and the guy says to me, "I just don't get the point of mini horses.  What does anybody do with them."

I gave him a rather dubious, sideways look and said, "I don't know.  What does anybody ever do with a miniature hamster?"

Last week, I was in a doctors office and the doc asked if I have any animals so, of course, the donkeys came up.  The doc gave me that same dubious, sideways look and asked, "why donkeys?  Do you ride them?  Drive them?"

I am far too big to ride my donkeys so, no.  I have driving ambitions (pun intended), but for all the excellent and utterly stupid reasons that so many of us fail to do the things we love, I have not been driving.  You know, all those pesky, foolish excuses like: too much work, too little time, stress, too little energy, etc., 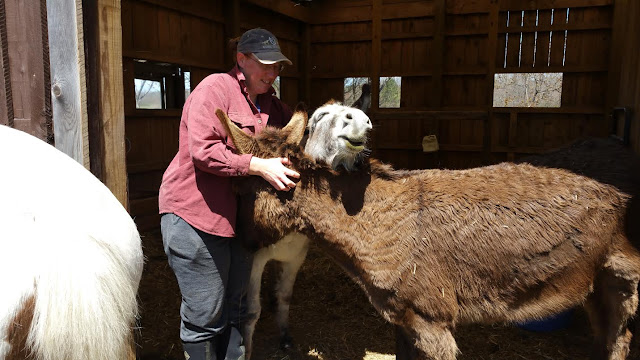 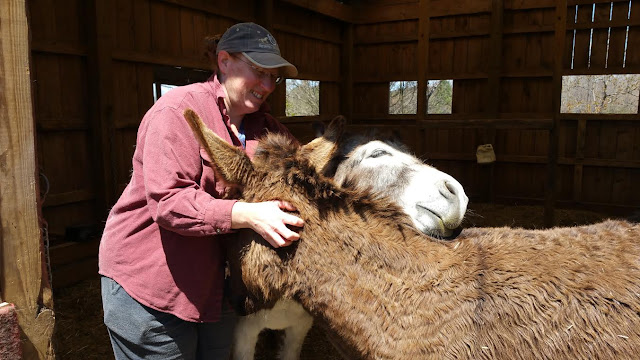 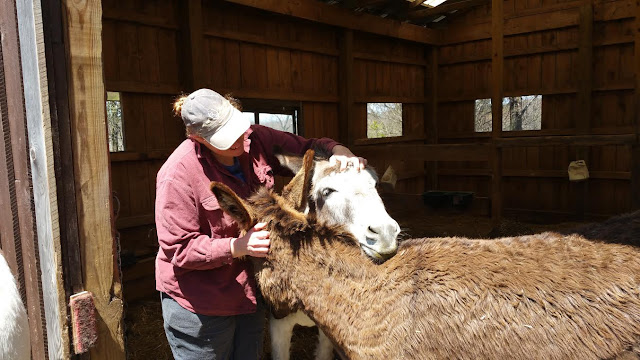 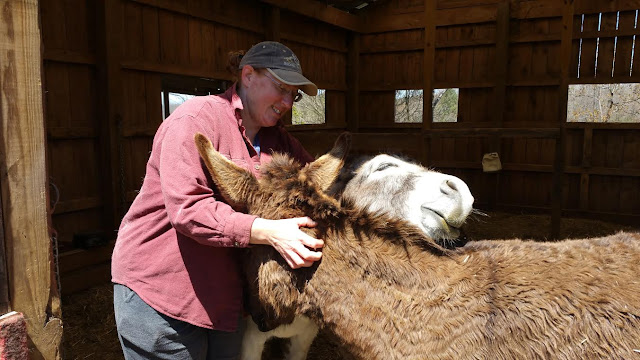 My answer to the question "why donkeys?":)


Posted by The Dancing Donkey at 2:02 AM