Of Wind in the Willows

Tyche's Minder wanted to know how the willow hedge is doing.  I suppose it is doing OK.  Can you tell?.... 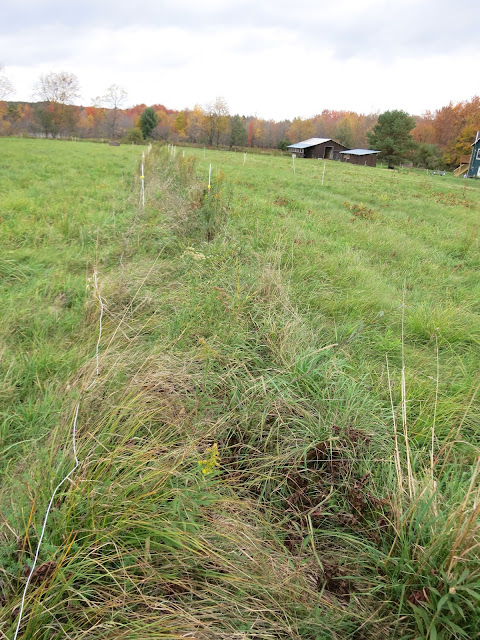 There really are some spindly little willow shoots in that mess, which I guess is not bad for just one season. 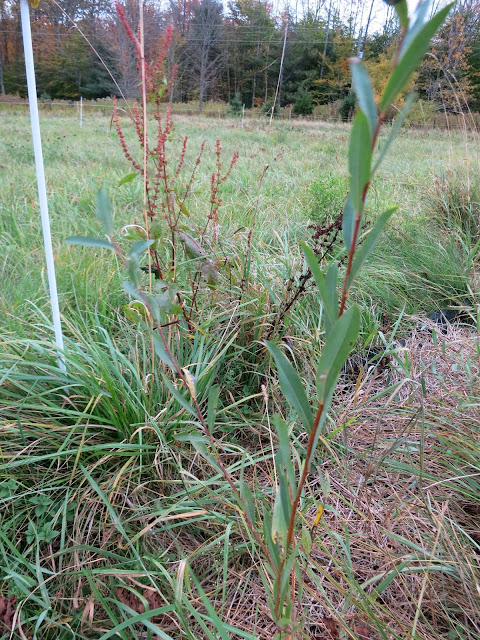 It was such a strange year.  Right after I planted these in the early Spring, it got very dry.  Then, as soon as summer approached, it got really wet and stayed that way until late July.  I lost about a third of the willows in that early dry spell and the rest all seemed very stunted.  However, the survivors seem to be doing alright now and grew quite a lot once they got started.  They are a long way from being a windbreak yet, but they are capable of putting on a lot of growth in a short amount of time so I am still hopeful for their future. 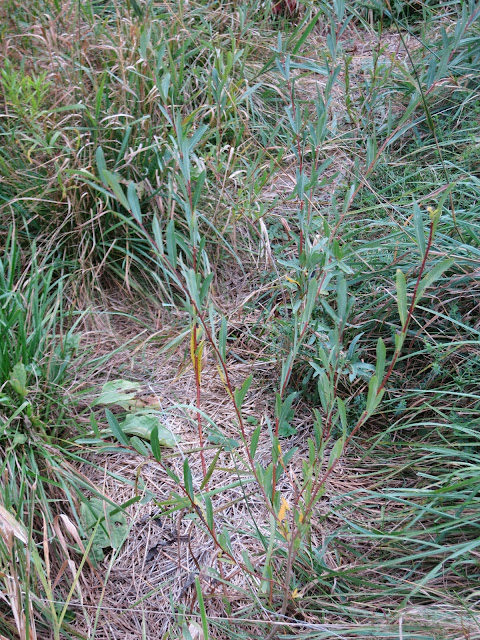 I am supposed to prune them back to the ground so that they will come back thicker next year - that is on the to-do list.  I sure hope they do better than this damn stuff... 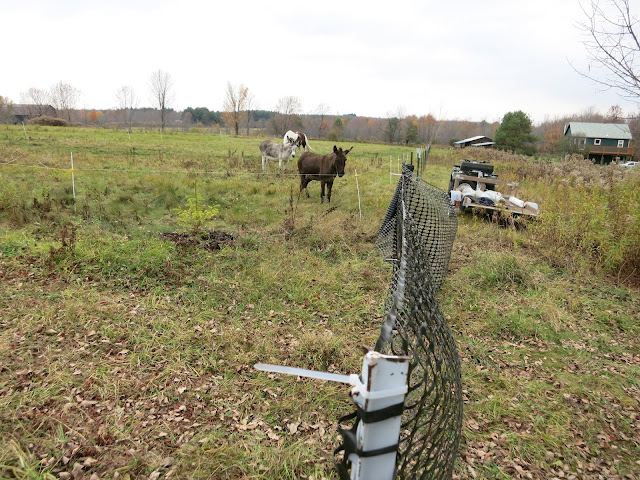 I am not terribly impressed with the so-called heavy-duty snow fence.  It is better than that awful orange tissue paper they call snow fence these days, but not by much.  I guess I should have shelled out the extra $400 to buy wooden fence since I spent all afternoon wrestling with this flimsy, squishy crap.  I came away feeling rather discouraged and convinced that this plastic mess is the physical embodiment of all the things wrong with our country.  It's a lot like our healthcare system - all propaganda, no substance and impossible to keep straight.

Posted by The Dancing Donkey at 11:44 PM