Nothing Gold Can Stay

This was the other really interesting fungus that I ran across this summer.  At least, I think it's a fungus. It started as just a faint hint of yellow that I wasn't sure was real and gradually progressed to the whole tree being covered in bright gold powder. 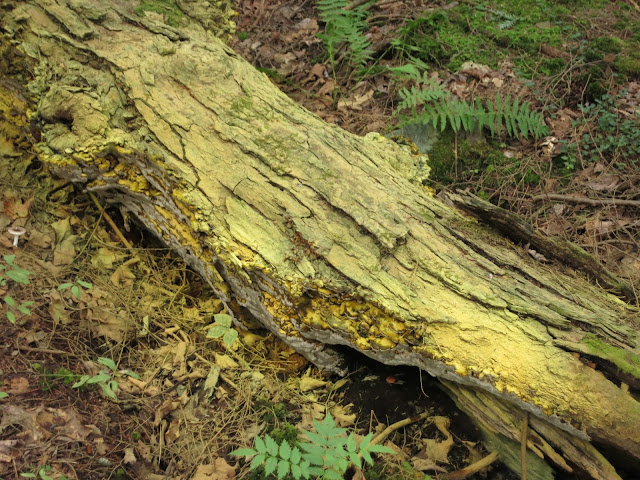 I might of thought it was some kind of mold except that the underside of the log grew into this... 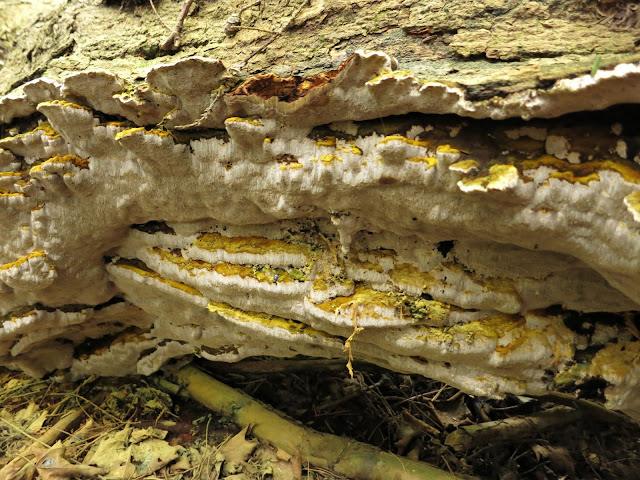 This fungus proved to be exceptionally difficult to photograph.  Its inner light proved impossible to capture and none of these pictures even begin to do it justice.  The more subtle hues were colors that I have no name for and none of them showed up on film.

The white area shimmered and swirled with an opalescent sheen similar to mother-of-pearl.  The gold really did look metallic and both changed completely with the tiniest shift in angle.  The yellow powder came up out of this to cover the tree, I'm guessing that the powder is actually billions of spores. 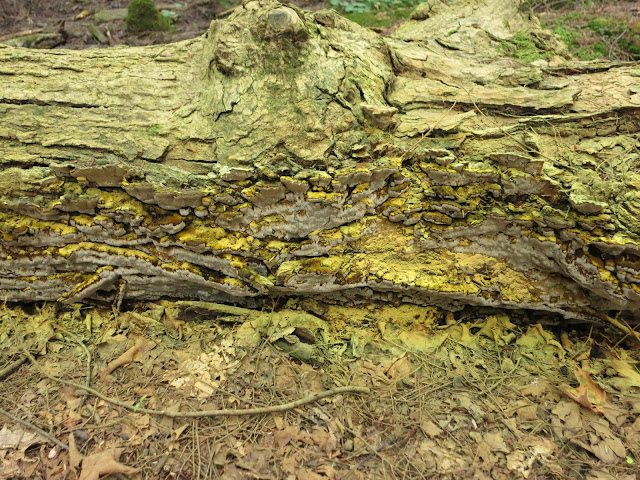 I tried to capture a bit of the color shift, but the luminosity does not come through. Try to imagine this lit from with like a living fire opal with its own inner glow... 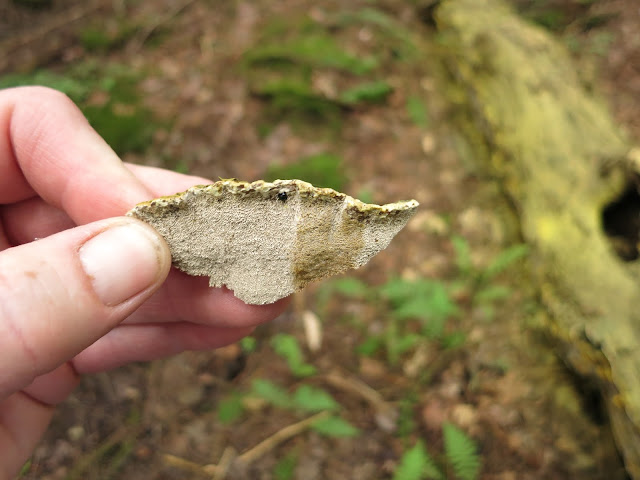 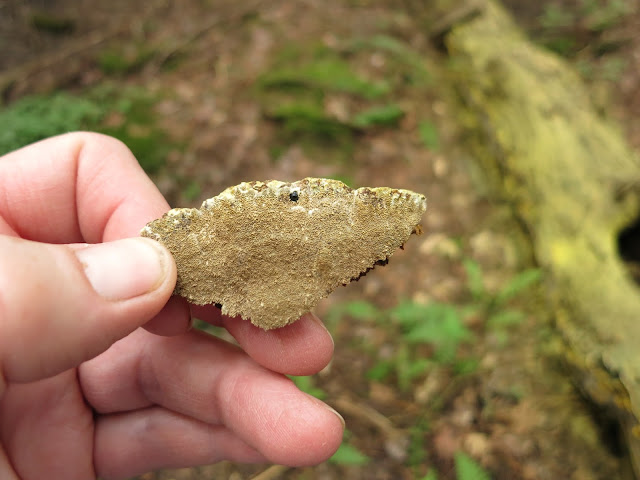 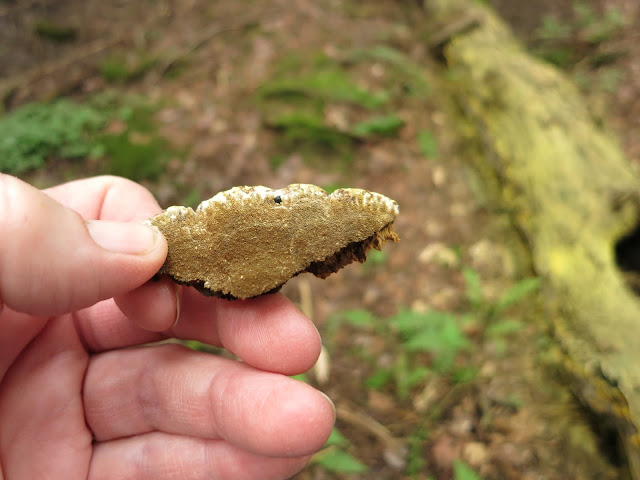 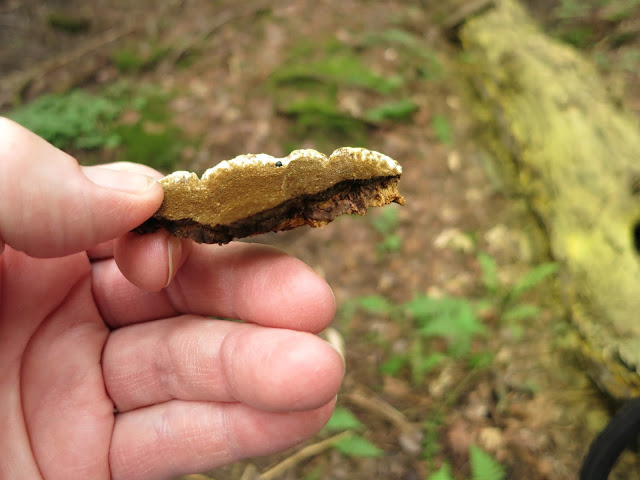 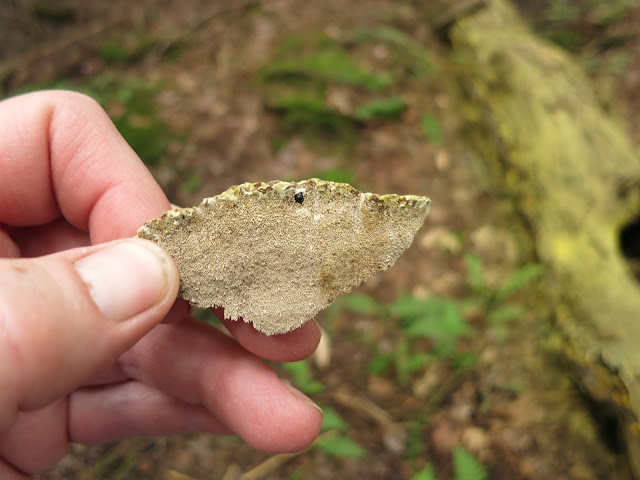 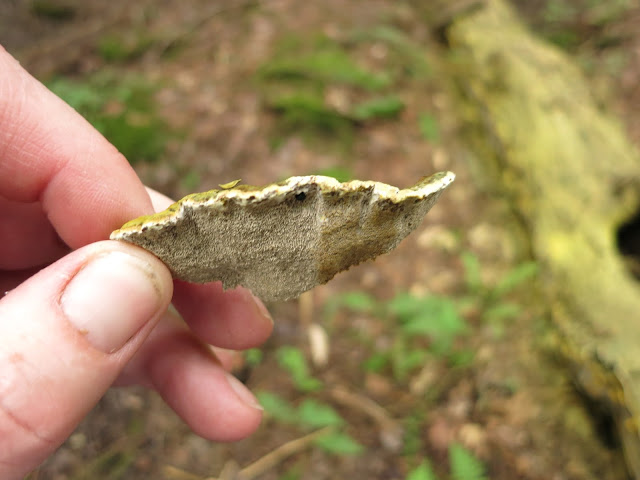 I tried anyway.  This year didn't bring out as many fungi as I usually see, but this and the white one were certainly the most beautiful and memorable I've come across in many years.  They are both gone now, but I will certainly be on the lookout for them next year.

Posted by The Dancing Donkey at 4:19 PM